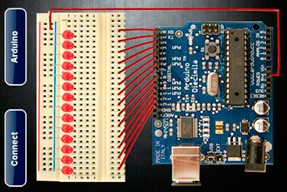 Why do you need a Arduino Simulator?

Arduino is a great platform to get people start learning programming and designing circuits. But inevitably beginners might do something wrong and damage components. Also for students budget is always a problem when it comes to buying new electronic parts, and you have no idea if it’s going to work until you spend money on it! Arduino Simulator provides a solution to these problems, no damage done to your components, no money spend on hardware, faster circuit prototyping and no mess with cabling at all! :-) Some Simulators even allow line to line debugging, so you know exactly which line goes wrong.

There are many available Arduino Simulators, exist in free or paid versions, based on Linux, Windows, Mac OS. I will list them here and provide information on the price and supported OS. If you have come across any good ones I missed here please comment and let me know.

Although it’s useful to have an Arduino Simulator, it’s important that you fully test your circuit on the physical hardware as well. Because there are situations where the physical world cannot be fully, perfectly simulated by the software.

I have to say, a lot of these Arduino Simulator authors need to be more creative with the names! most of them are called “Arduino Simulator”! and I have to differentiate them by the platform! (only joking :-) , it’s great that you guys created these awesome apps for everyone! – only if it’s free and open source)

For tutorial videos, someone is kind enough to post them all in one page. 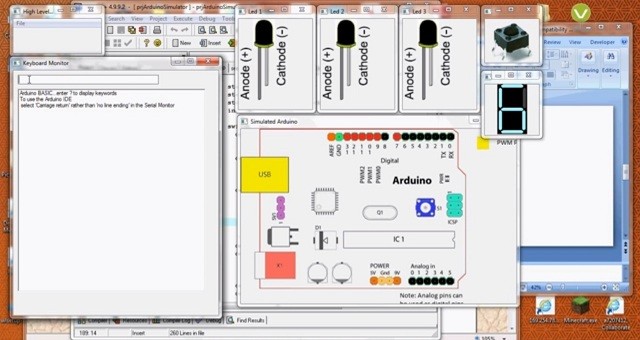 I have not tested it but from the videos, it looks quite rich in terms of components and well documented. But you obviously can’t use this tool if you don’t have an iPhone. However they only scored 2 in the app store review, so read reviews before you spend money.

There is a hardware options menu that lets you select the type of Arduino you want to use – Due, Leonardo, Mega or Nano. You can also use an LCD display. However you cannot add custom hardware and shield. So you are pretty limited in terms of choice of components. 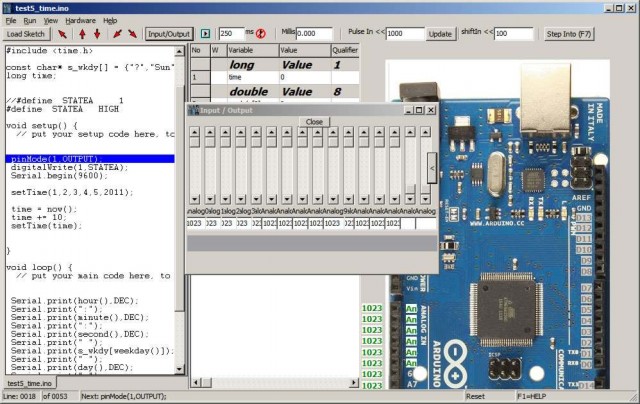 This seems to have the longest development period of all the simulators I have seen (since early 2010). A good feature of it is allowing users to simulate multiple Arduino’s at the same time.

[mrburnette] on this thread made a very good point about paid arduino simulator.

At this point, I do not personally think that most Arduino users will benefit from non-free tools.  And professional developers are likely using professional tools for AVR and programming outside the confines if Wiring.  There is a tremendous benefit for the new programmer-maker to THINK their way through issues without throwing money and new toolsets toward the problem.

There is Yenka, which is free for personal use and you can use it to simulate not only Arduino, but also other microcontrollers.

It is truly a nice and useful piece of information. I am happy that you shared this helpful information with us.
Please keep us informed like this. Thank you for sharing.

Thanks for the mention for Simulator for Arduino. The website has moved here: ww.virtronics.com.au since the website arduino.com.au was transferred back to the original Arduino team. We are not sure if any of the other Simulators actually work. The iPhone Arduino Simulator is a bit of a joke – read the reviews.

cool! thanks for letting me know, i will update the link shortly.
Yea you are right, the iphone app only scored 2! I guess most iPhone users would stop there :-)