Arduino TRE is 100x more powerful than Leonardo or Uno 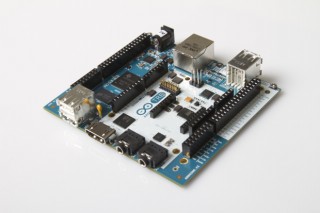 The Arduino Blog has just announced the release of Arduino TRE. They have selected the Sitara™ AM335x processor as the core, which makes this board the most powerful Arduino so far and the first Arduino capable of running a complete full Linux OS.

the Sitara AM335x processor offers 1 GHz of performance which allows up to 100 times faster processing on the Arduino TRE than the Arduino Leonardo or Arduino Uno. The Sitara-processor-based Linux Arduino can run high-performance desktop applications, processing-intensive algorithms or high-speed communications.

The Arduino TRE is also a combination of an Arduino Leonardo board with the Sitara processor. With this great combo you can run full Linux giving your microcontroller more headroom for real-time processing.  The firm has said that this won’t affect the simple nature of the Arduino software. With the TRE you get the best of both worlds: the real-time control of the microcontroller and the full Linux capabilities of a processor.

The board has 4×USB host, HDMI, Audio In/Out and Ethernet ports along with a 5V jack and a USB device port for power. The underside of the board houses a micro SD Card slot. But since it would only be available in sprint 2014 it’s not a surprise that this will change. 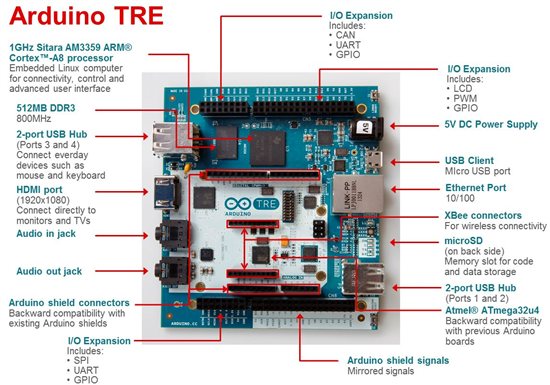 The BeagleBoard.org foundation also contributed into the Arduino TRE. Arduino and Beagleboard are working together to bring great experience to developers and hobbyists, and the design of Arduino TRE is the result of combined benefits of both community based boards.

But the question is how much are the price difference?

How To Use MOSFET – Beginner’s Tutorial