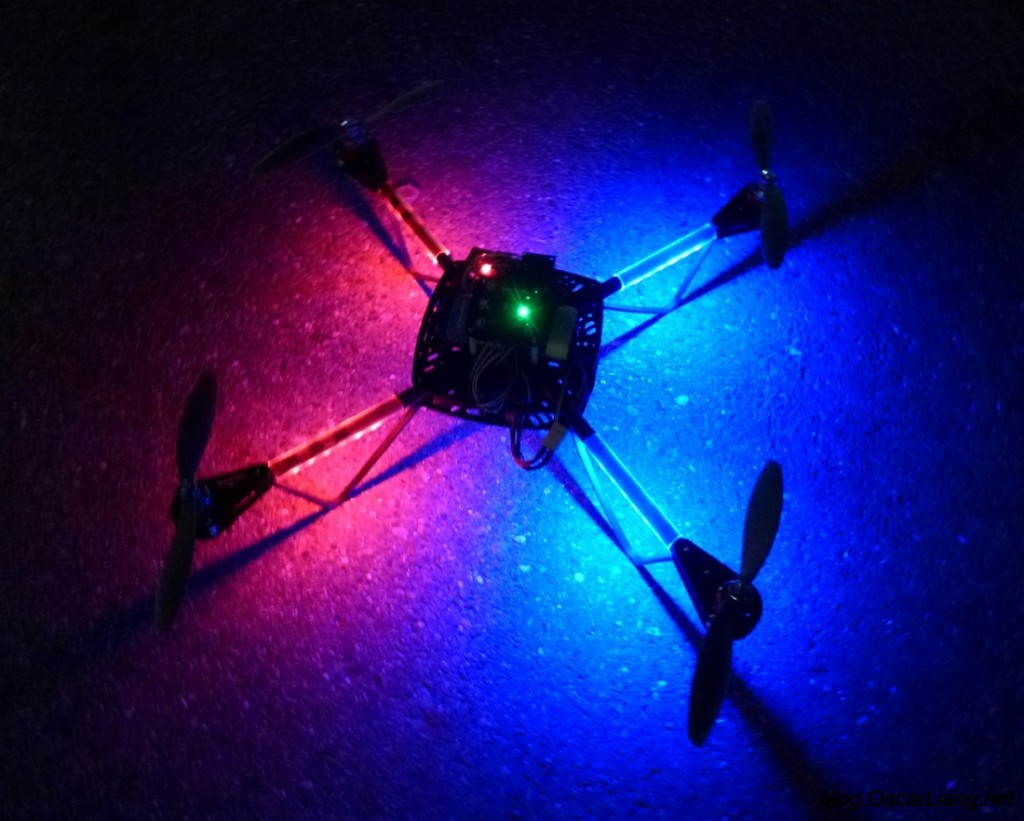 I have an idea of making a DIY LED lighting strip for my quadcopter. I haven’t received all the parts yet so I will describe rough how it’s going to work. This post is only an idea at the moment and information will be added as I make progress.

There are benefits to make your DIY customized LED strip. It’s much cheaper, and you can make it as long as you want, and you can choose your favourite color. With a little bit of soldering work, you can fly your quadcopter or multicopter at night and it will look awesome!

Check this out, this is how you can turn LED on and off using your Radio RC transmitter.

I chose to use surface mount SMD LEDs instead of standard 3mm or 5mm LEDs because it’s smaller, lighter, brighter, and it has a larger light emitting angle, which mean you can see the light of similar brightness from a wider angle.

This is a great tutorial on how to solder a tiny SMD LEDs on a strip board for cable connection.

The LED does not depends on the voltage you give it, as long as you can make sure the current flow through the LEDs doesn’t exceed a certain value (using resistors to change the current go through them), it should fine. Therefore to avoid sharing the power for the control board from a BEC, the LED strip will be plugged into the Lipo battery directly.

Left this project on my to do list, never had a chance to finish it. But since a new open source software CleanFlight supports RGB LEDs right out of the box, it makes things much easier. Here is how I build the LEDs for it.

Hi Oscar i have muy first quadcopter and i put some leds in him but i don’t know how to turn on/off from the transmitter can you help me.

there are a couple of options, it could get lengthy, i will write a post about it in the next day or two. come back and check it out :D