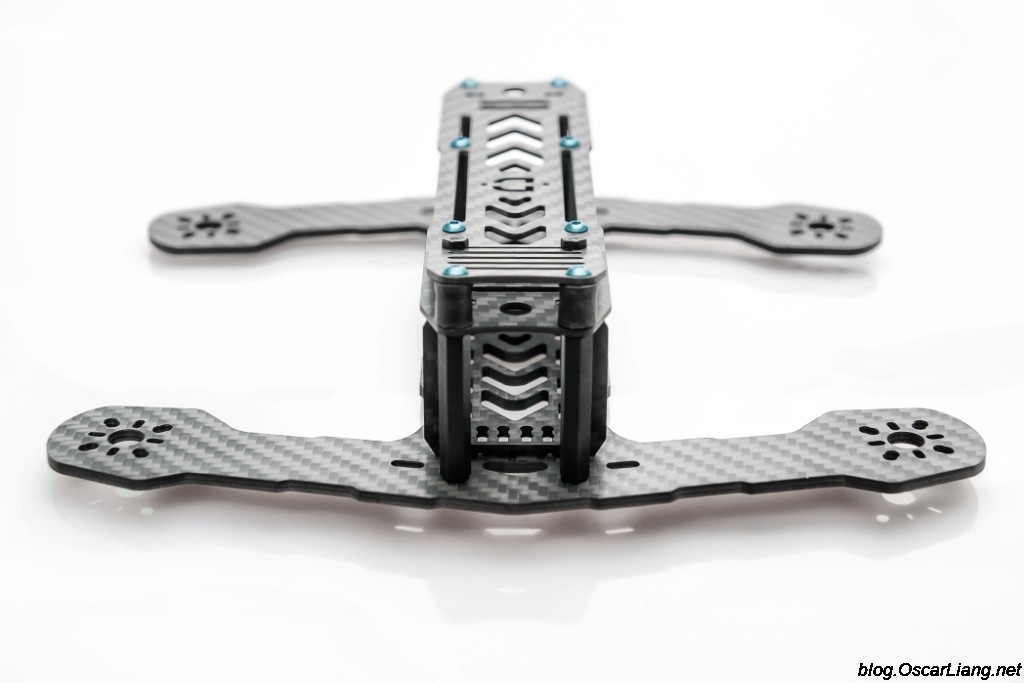 Demon Frame recently released their new mini quad frame, the Demon Ghost 220. I am a big fan of their EVO250 which holds up to crashes really well. Let’s find out why everyone is now so crazy about 210/220 size mini quad. 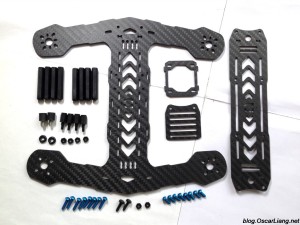 Get your Demon Ghost 220 from DemonFrame.com.

My Maiden flight with this frame

They are the smallest configuration for 5″ propellers (so footprint and weight is minimal), yet still able to keep the cage to house all the electronics. Some variants sizes also exist such as 210.

I think at the moment the killer setup for this size mini quad would be running 2204 2300KV motors, coupled with 5045 Bullnose props, on 4S!

According to my thrust tests, this motor/prop combo is able to generate similar level of lift to 1960KV/2000KV motors running 6045 props on 4S. More importantly, the change of motor RPM is faster due to smaller propellers and faster spinning motors, therefore the quadcopter is more responsive.

However you will notice shorter flight time on this setup, because it’s not as efficient, but surely this setup is FAST!

The new Ghost 220 frame has unique, clean design. This time they use uni-chassis bottom plate, so weight can be reduced to a minimum, with no additional bottom plates, screws and botls involved. This is one of the lightest frames in the 220 class, which is only 98g. 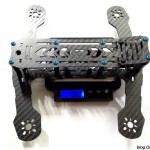 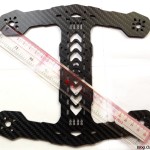 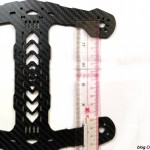 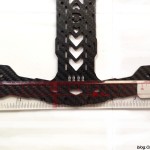 I have always been sceptical about unibody frame design such as the QAV250, because if you break one arm you need to replace the whole bottom plate. (all motors, electronics need to be removed, it’s literally like a rebuild) We will see in the future crash testing, if the reduced weight can actually help minimize crash impact, and save the arms. 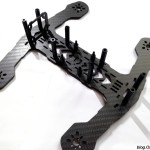 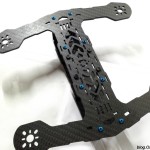 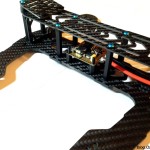 The frame is so much easier to assemble due to the design. The frame is very compact, which has been shrunk down from the 250 version, but still big enough for all of the electronics. 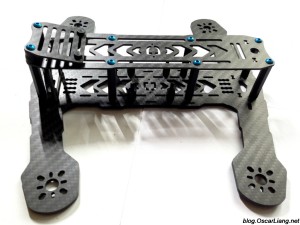 Motor mount is pretty wide, so even your motors are 22xx (2204/2206/2208), they are protected. The arms kind of points inward, The arms (unibody bottom plate) is 3mm thick. I was kind of hoping they can make it even 4mm thick, i think that would be indestructible.

Second picture compares the Evo250 frame with the Ghost 220. 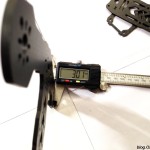 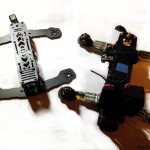 Just like the EVO250 frame, I don’t quite like where the camera plate is. Everytime when I need to open the top plate, i need to unscrew the camera mount first. It’s not really a big deal, but just extra work :) I would rather they move the camera plate back 1 or 2 cm, and have separate bolts for the frame standoffs. 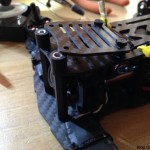 I have just build this frame, and I am very happy with the frame quality! Very light weight, size is just right, the standoffs are just wide enough for my D4R-ii and VTX (not sure if this is been part of the design or just lucky :) ).

I am just sharing some build pictures, and components I used.

I am using a Naze Full Flight Controller, because I can use the onboard flash memory for blackbox (used for tuning), and no need to get an OpenLog. Putting electrical tape on under the PDB to provide a bit more insulation. 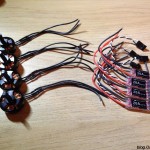 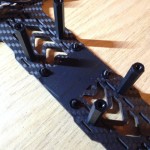 I have servo header pins on the Demon Core PDB, but it’s a very tight fit as the standoffs are in the way. I have to remove most of the plastic bit off the servo leads to get them fit.

Also Installed a dummy LED bar at the tail of the quad, it takes 2S to 4S input 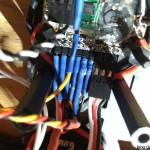 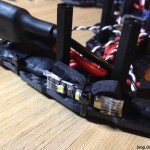 Just as usual I am putting RX and VTX on the top plate. I wasn’t using an antenna extension lead at the time, but later I added one in for better VTX connector protection. The extension lead is about 8 grams, so it’s okay.

The Quad weights just under 600g including GoPro and 1500mah 4S LiPo. Not bad at all! 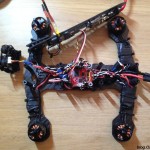 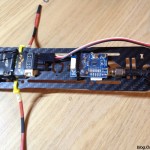 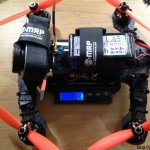 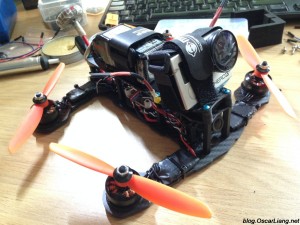 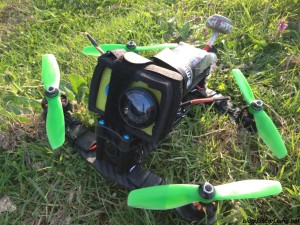 I really enjoyed your review of this frame and was thinking of getting one for myself. However the supplied link does not show the frame anywhere. Did Demon discontinue this frame? Or atleast do you know where to purchase one?

this frame has been discontinued, they have made an improved version called “Nox5“.
it’s much better IMO

Hey Oscar, great site !! Im just wondering what is the battery discharge rating? I have an almost identical setup though with ztw 12a secs and I cannot get liftoff with a 4s 1800 30c lipo

What is your AUW with this frame?