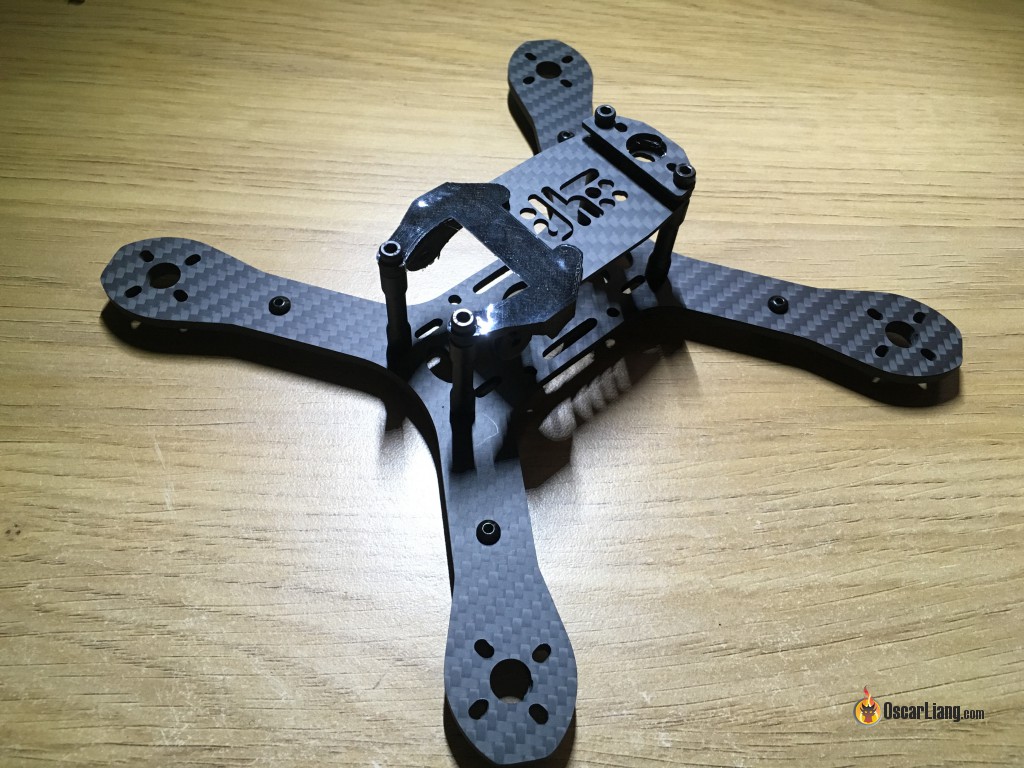 I am giving the Dronehaus Mach5 mini quad frame a try. Building this quad with the FuriousFPV Radiance FC and Aikon SEFM 20A ESC’s.

The Dronehaus Mach5 frame is designed and manufactured in USA. Primarily designed for racing, they are trying their best to lower the weight as much as possible while making it resistant to crashes.

Get your Mach5 Racing Drone Frame from Dronehaus.

The Mach5 frame is an X unibody design and has a 200mm wheelbase. The bottom plate is 3.5mm thick. There are only 4 standoff’s to keep the weight down. The Standoffs are 30mm long. It weighs at 90g.

From testing they have come up with arm reinforcement by adding additional carbon plates. 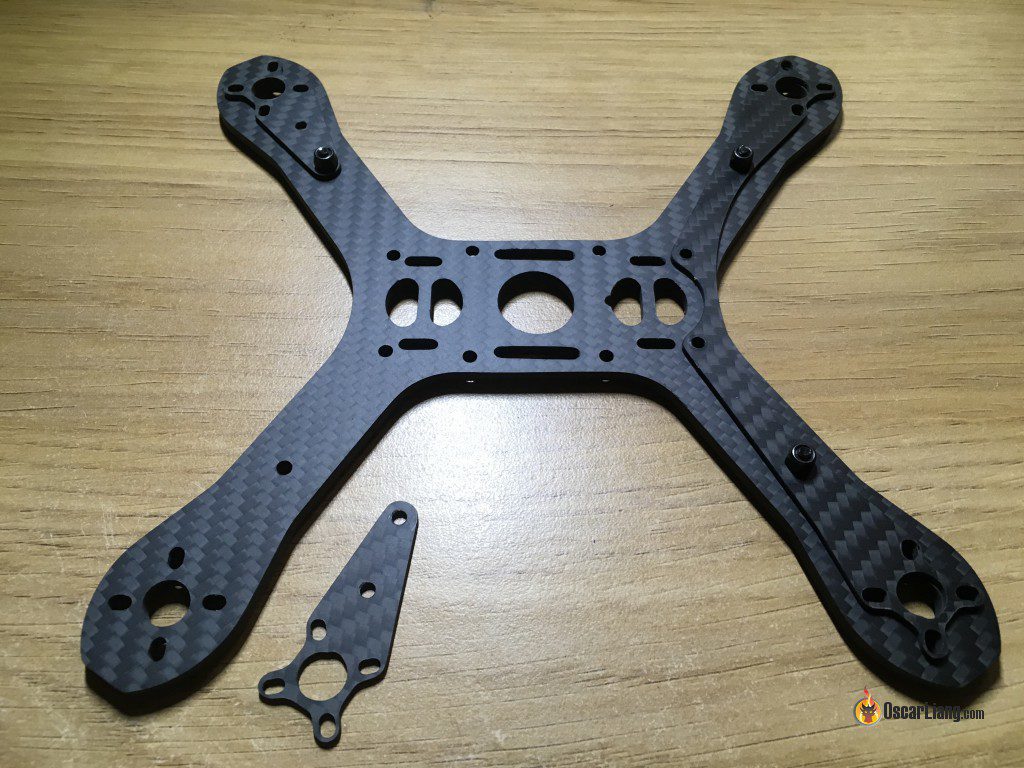 The FPV camera is mounted in a 3D-printed (TPU) part that slides into the top plate. It fits HS1177 and Runcam Swift (or other similar size FPV cameras). 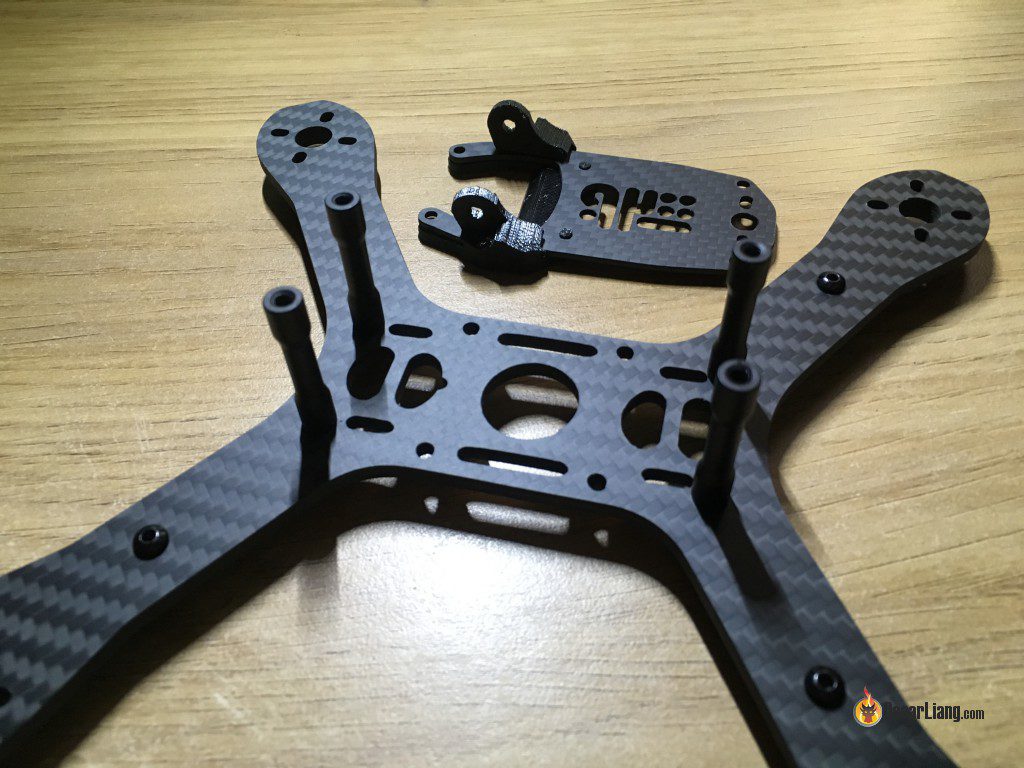 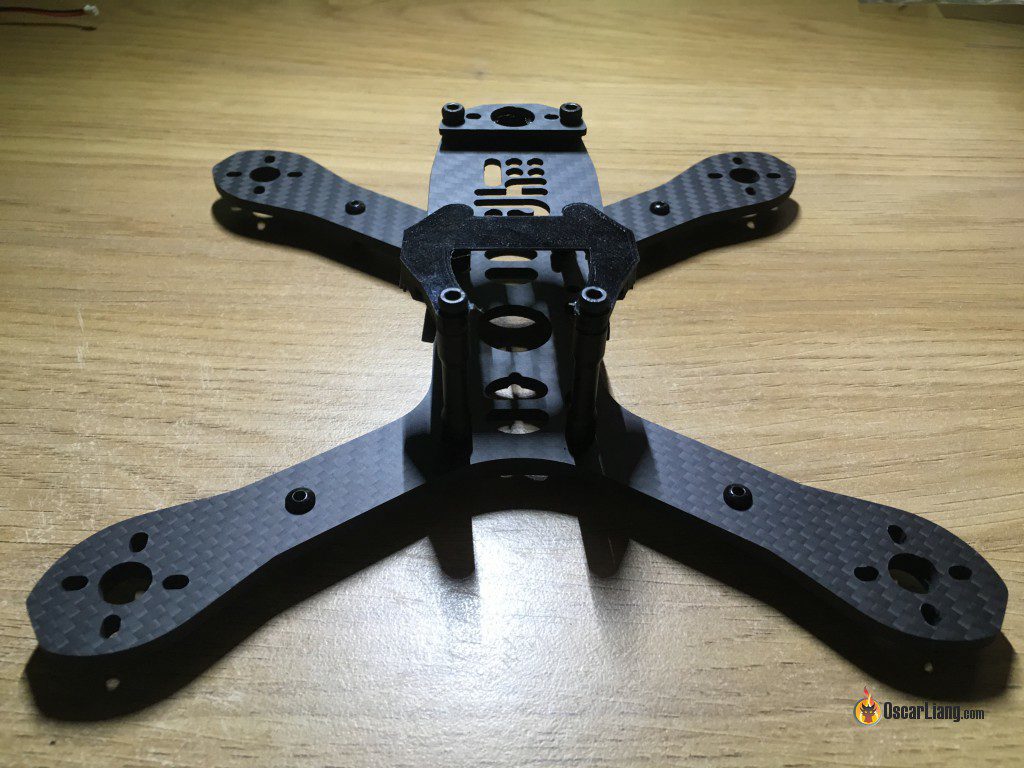 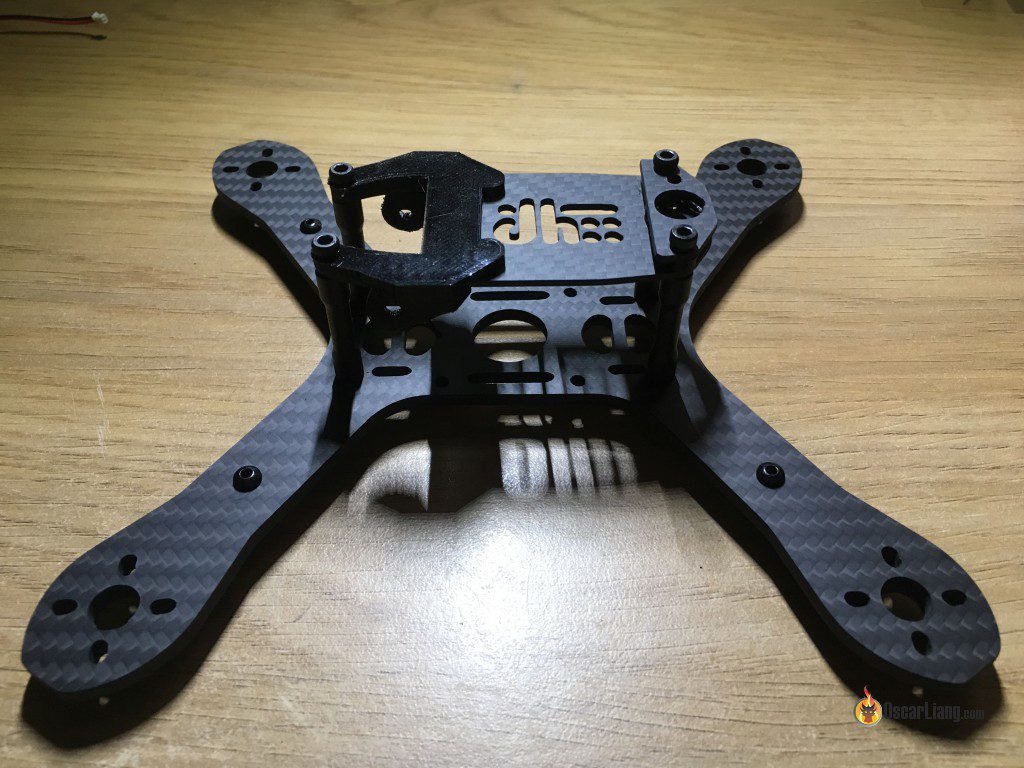 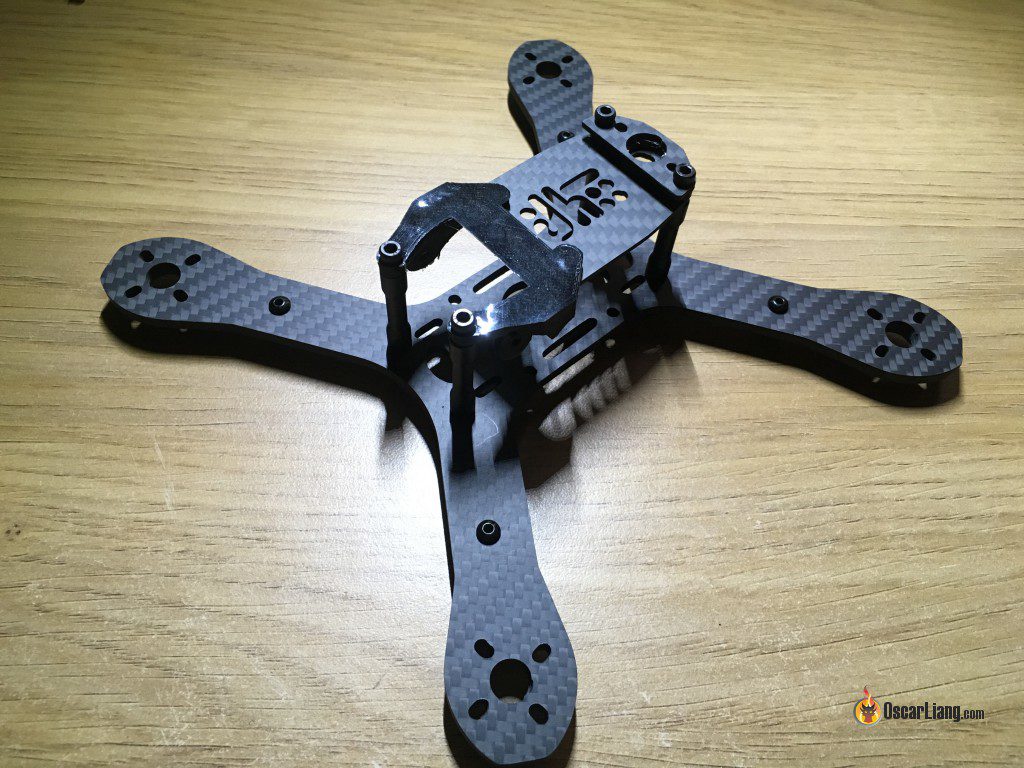 Parts I am using

Soldering of the motors and ESC’s. 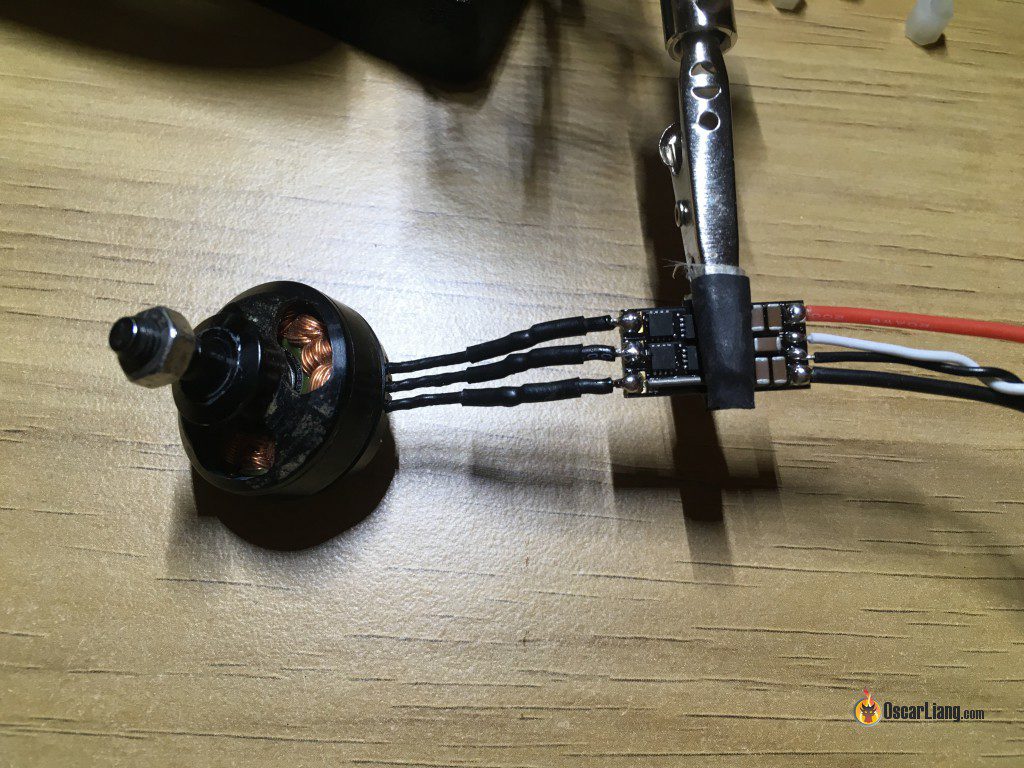 The Radiance has built-in BEC, so it can be powered directly from LiPo. It’s basically a Kombini without the PDB capability, and it requires an external PDB, that’s why I am using the Demon Core for. 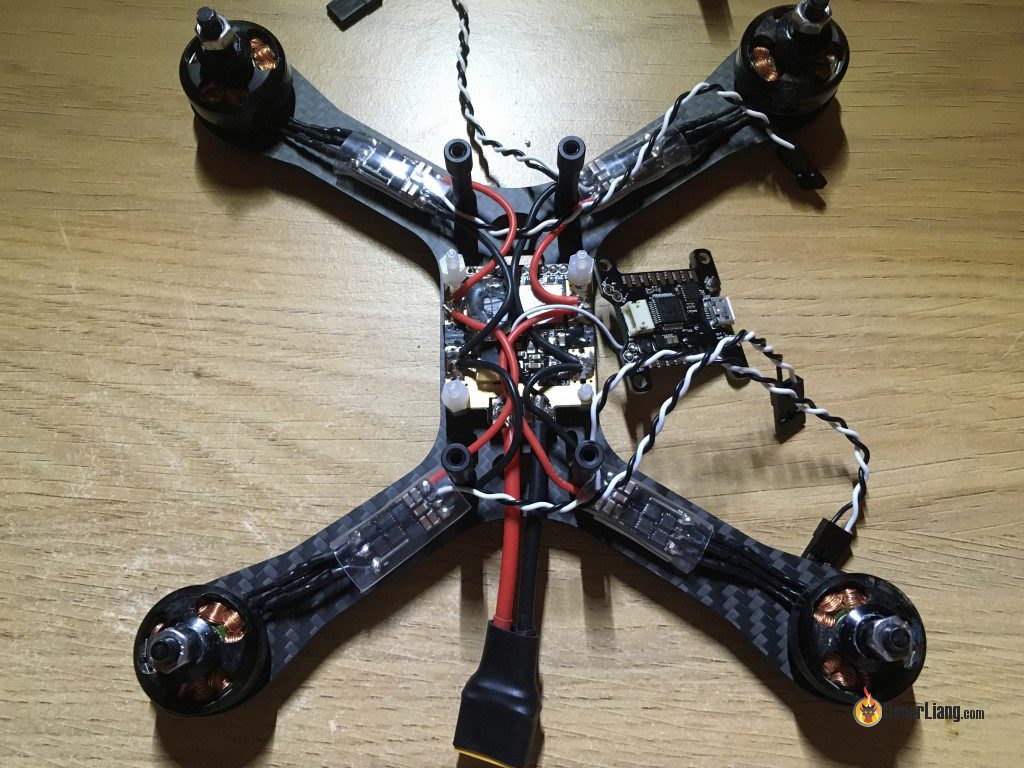 I am using the Arrow V2 so I don’t need to run an additional OSD, because you can feed the Lipo voltage to the Arrow, and display the voltage on the FPV screen. The FPV camera is powered by the 5V from Hawkeye VTX, and the VTX is powered from 12V on the PDB. Picture is crystal clear, no noise at all.

I am using the X4R-SB receiver, and I de-pinned mine. I don’t think it’s necessary though. 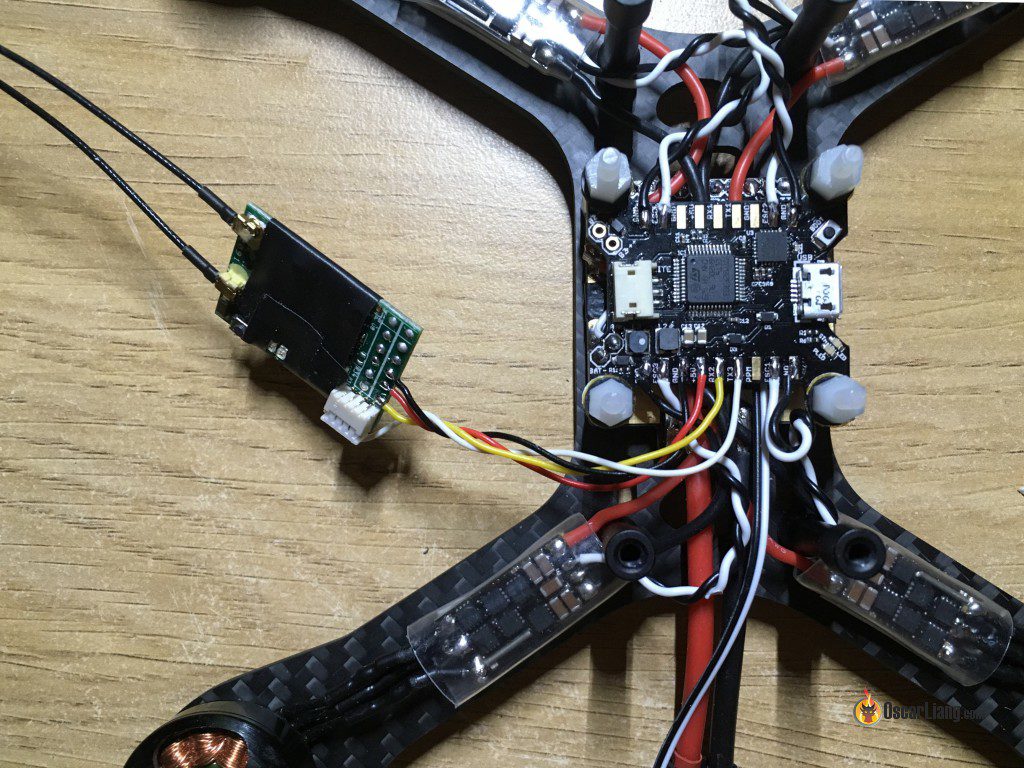 Installing of the parts are not the easiest with this frame due to the tight spaces. Originally I wanted to install the RX and VTX on top of the FC, but that proved to be not possible. I had to remove everything and install the VTX at the very bottom (below PDB), and RX on top of FC.

I was recommended to install both RX and VTX under the PDB, but I just couldn’t fit both in. 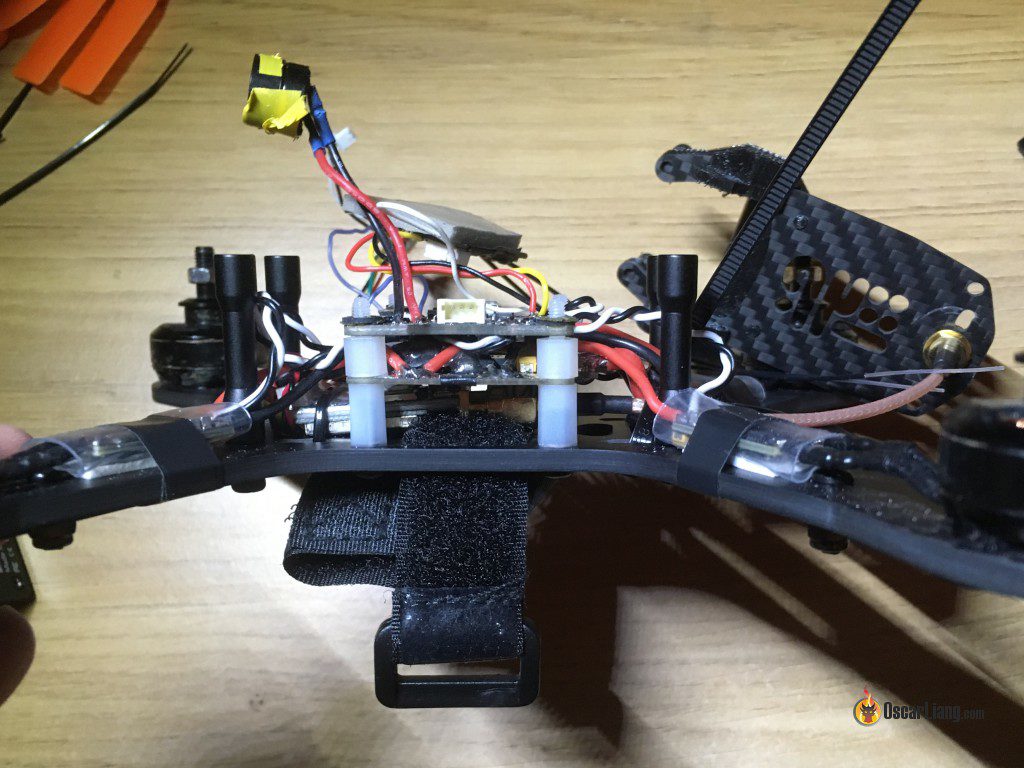 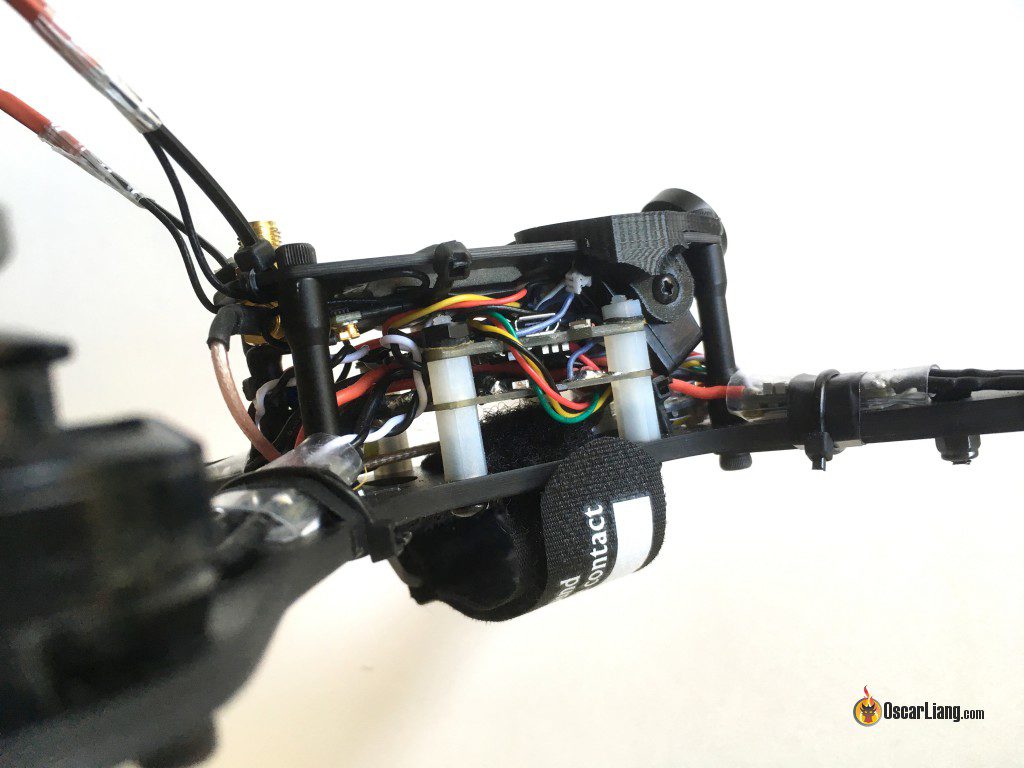 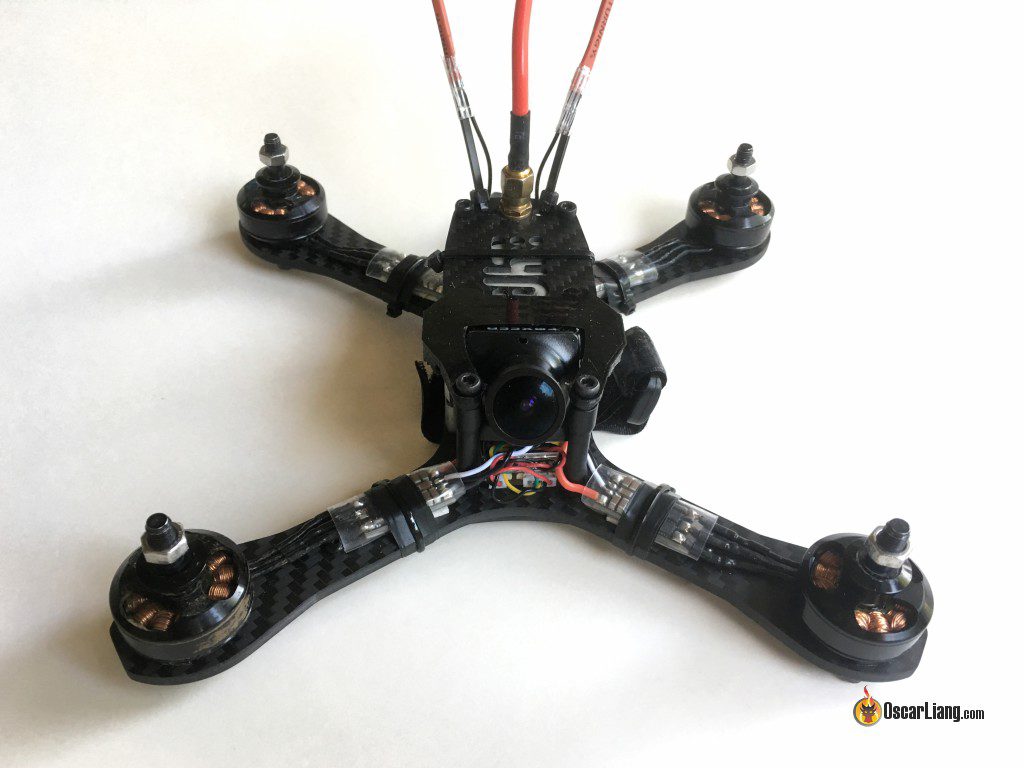 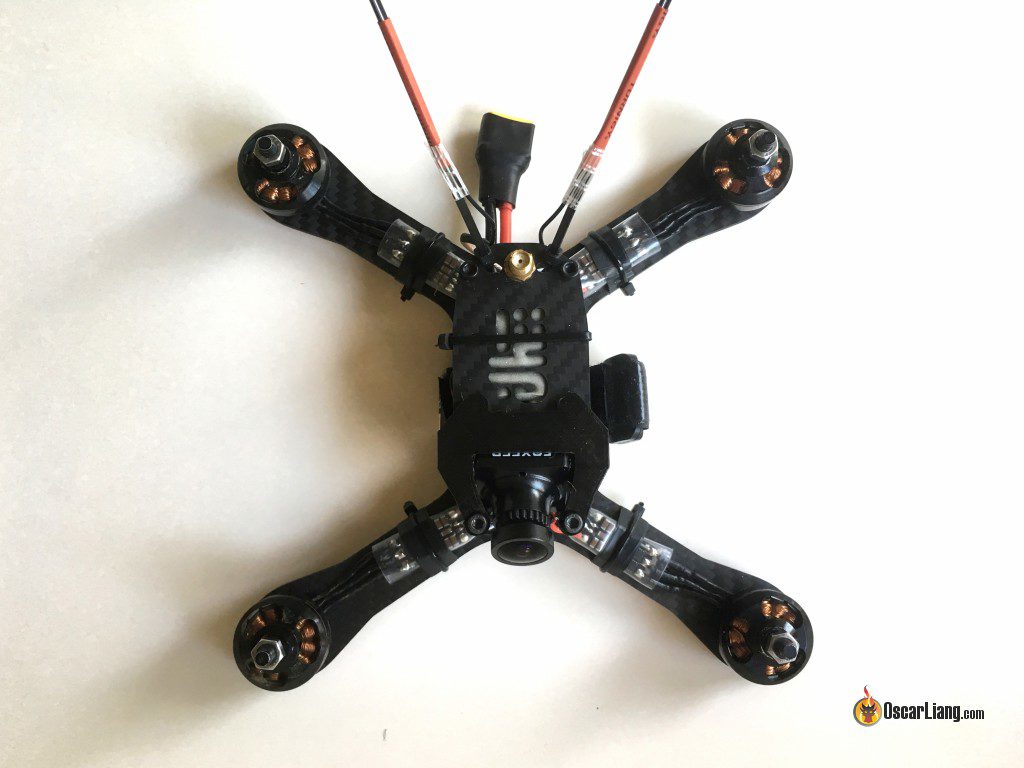 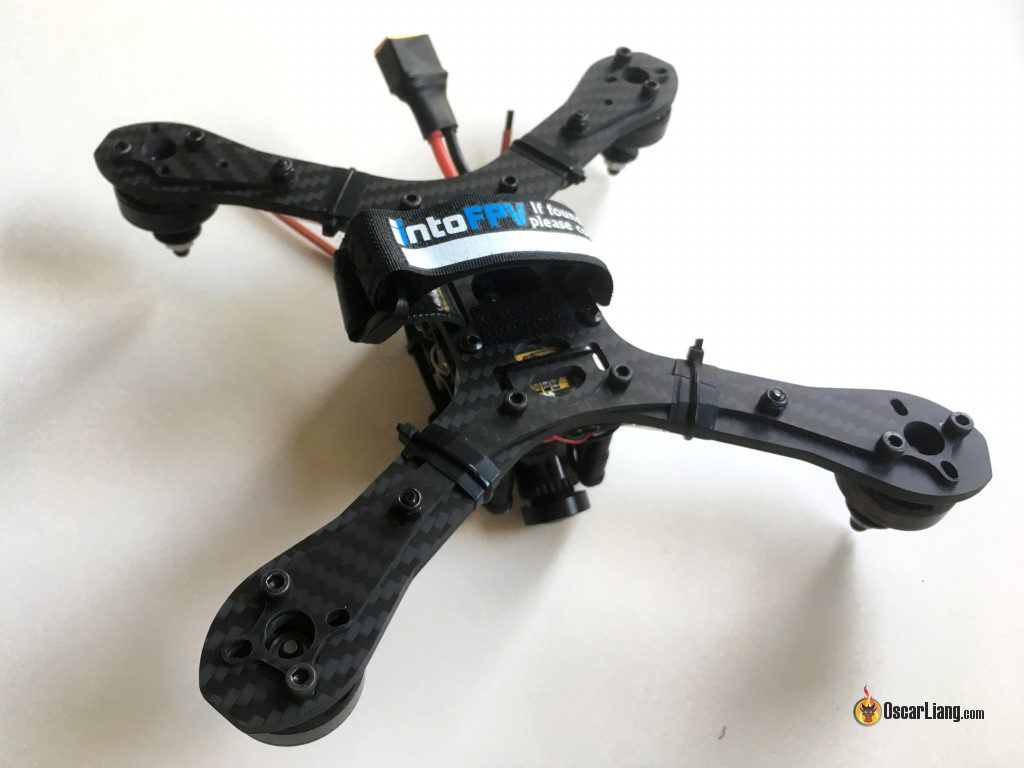 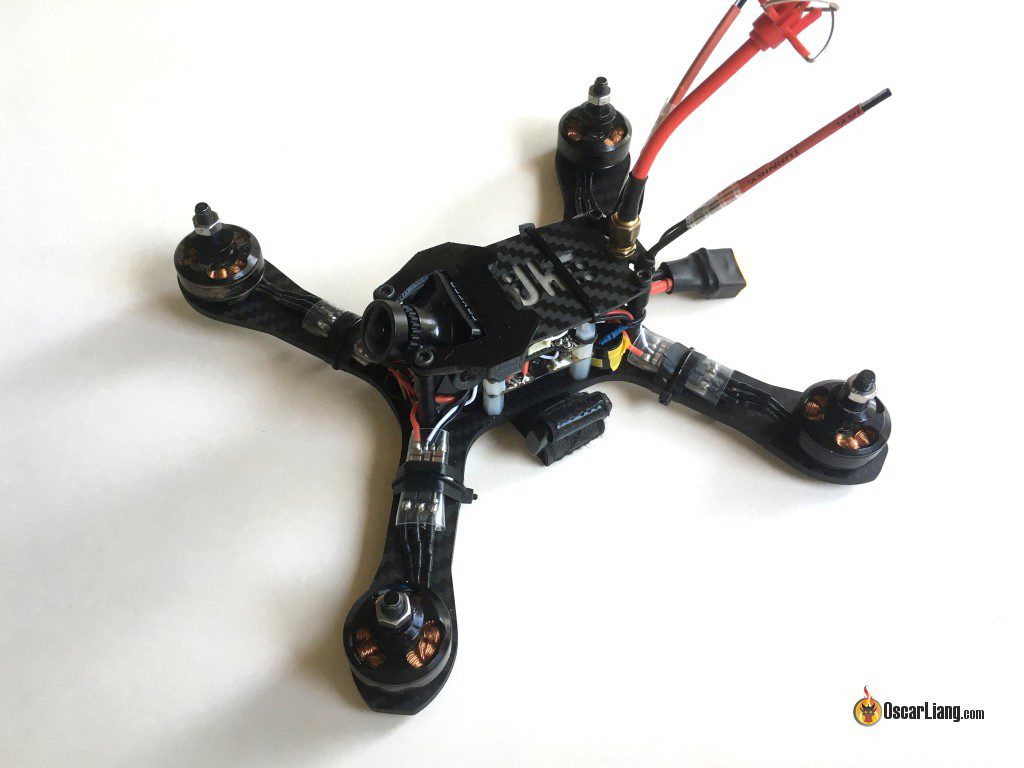 This quad flies amazingly well, probably one of the best quad I have flown so far. The build weights only 284g without battery and HD cam.

After nearly 2 months of break from flying, this is the first time with Betaflight 3.0 (not even the latest release), and Multishot. This combo awesome, the quad feels super locked in and responsive, even with the old and slow Cobra motors.

I wanted to get the latest BF and BLHeli_S version, but the prototype Radiance FC has some hardware issue that prevents me from updating FC firmware and using ESC PassThrough. FC problem was identified and should be fixed in production boards.