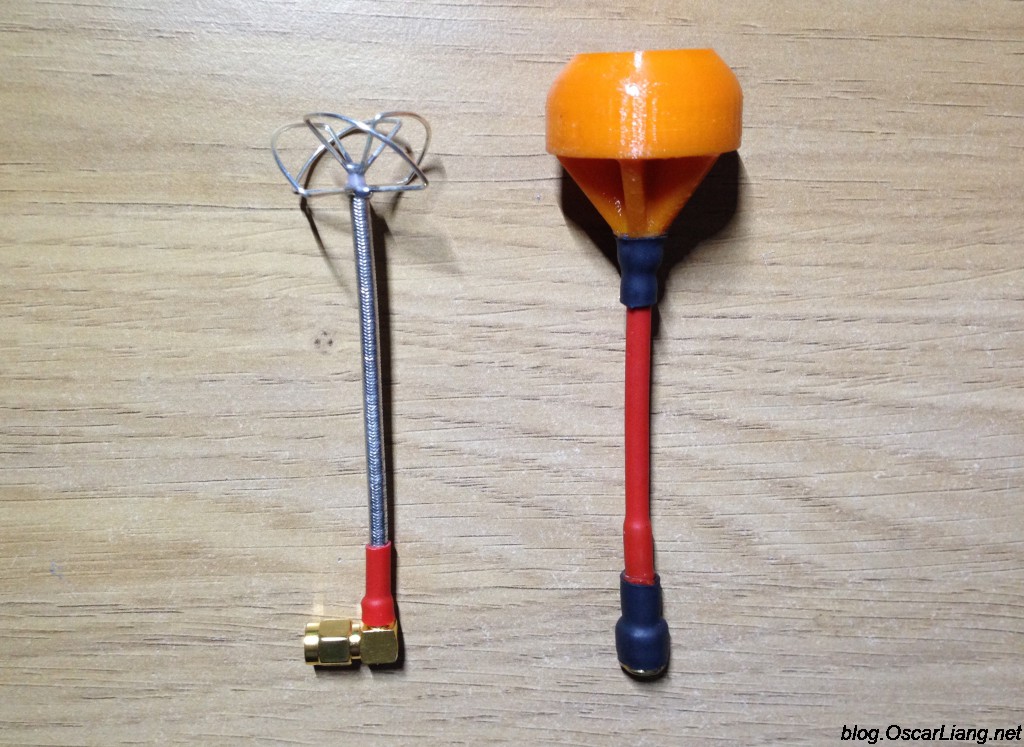 In this post we are testing some high quality, hand made antennas from a maker in Germany. They are made for racing mini quads and crashes, and offers tuning to user preferred frequency.

Thanks to FlyingMachines.de for sending me the “Indestructible” 5.8Ghz Antenna for testing.

Just to clarify, “Indestructible Antenna” is the name of the antenna called by the seller. That’s by no mean my opinion or saying they cannot be damaged. :) Also this test was done back in March 2017.

So here are some of the features: 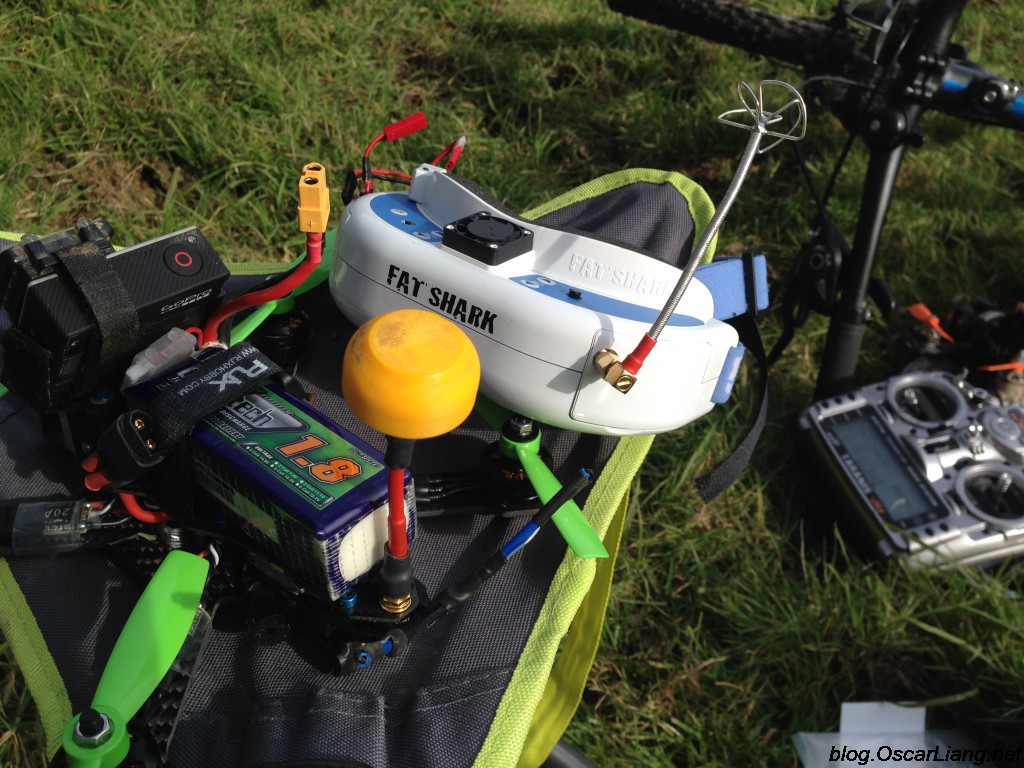 Both transmitter (TX) antenna and receiver (RX) antenna are circular polarized antenna, with 4 lobes. But the housings for each antenna are made differently: TX antenna is made from much stronger material with a 3D printed protective housing.

The Stem on the TX antenna is very flexible, but it doesn’t stay in an angle like those Fatshark Spironet. I guess this is to reduce the impact in crashing.

The RX antenna can be bent to whatever angle you like. 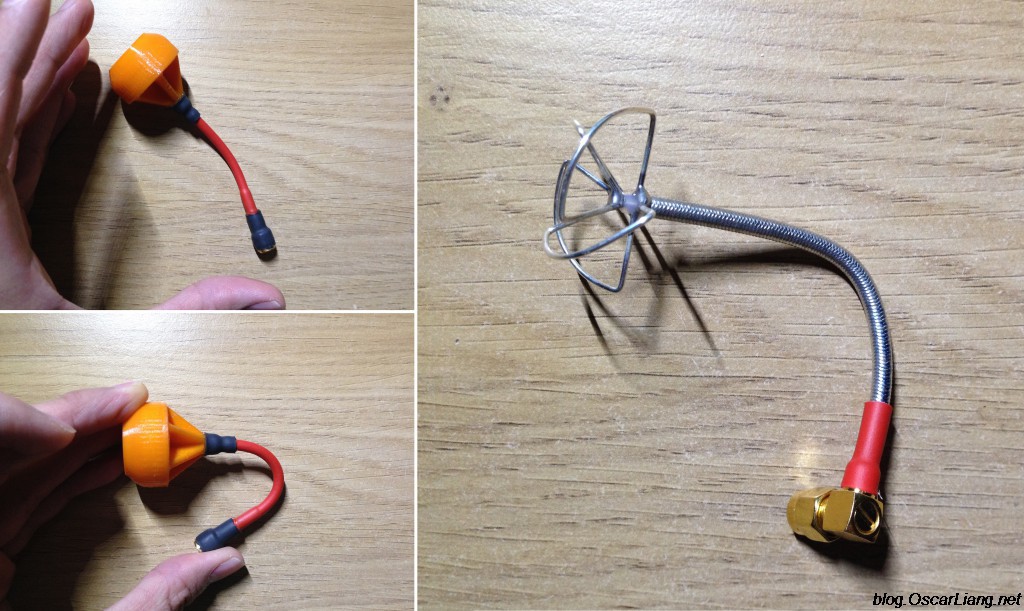 Here is a closer look to the Skew-Planar Wheel antenna. 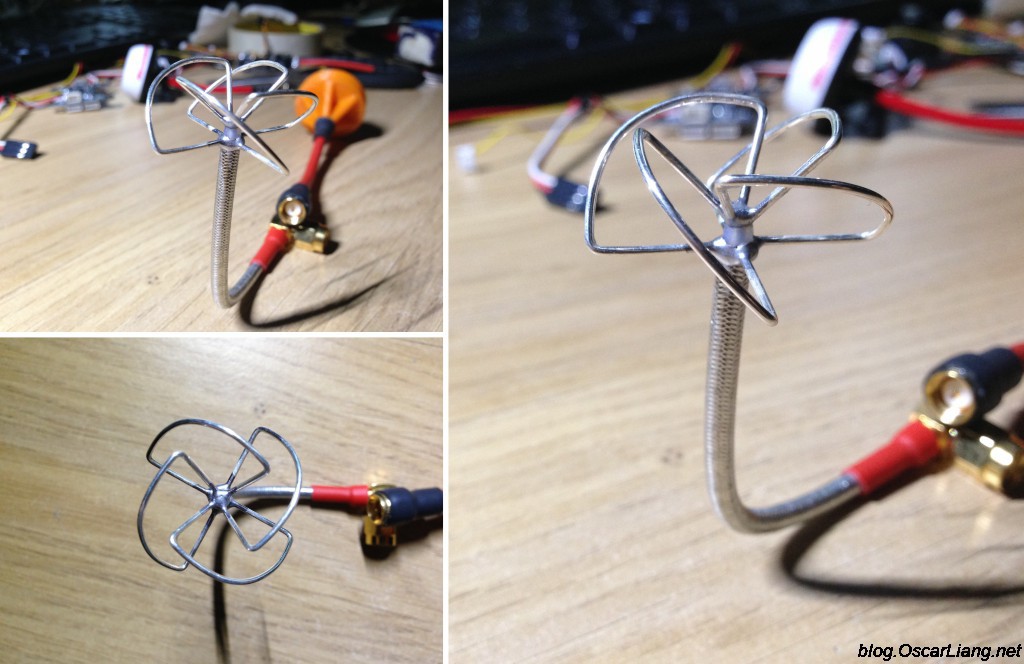 Another awesome thing about these antenna is, they can tune the antenna to whatever frequency you want. A tuned antenna works especially better with that particular frequency, you will get better signal and your video transmitter will run cooler.

You also have option of choosing SMA or RP-SMA connectors, also straight or angled connectors.

Oh, and there is also a choice of LHCP (Left Hand Circular Polarised) or RHCP (Right hand circular polarised).

For the pair I reviewed, I requested the TX to be made straight connector, and RX to be the right angle connector as I am using it on my FPV goggles. I also asked for them to be tuned at 5860MHz (channel 7 on the ImmersionRC band), because that’s the channel I used the most. 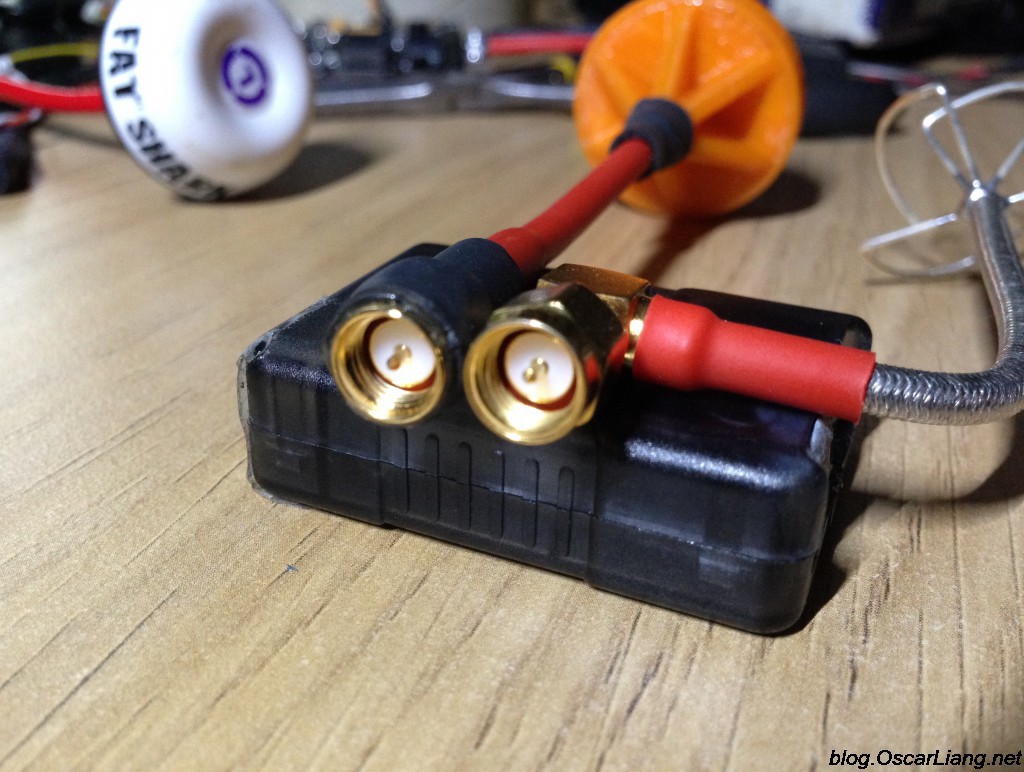 The testing of this antenna wasn’t very smooth. First it was the lost of parcel and they had to send a second pair which took over a month. Then there was the weather problem here where I live, it was too wet to go anywhere large enough to test the range. But thanks to Christian, owner of FlyingMachines.de for his patience and understanding.

I tested these Flying Machines antenna against the popular Fatshark Spironet antenna, under the following setup: 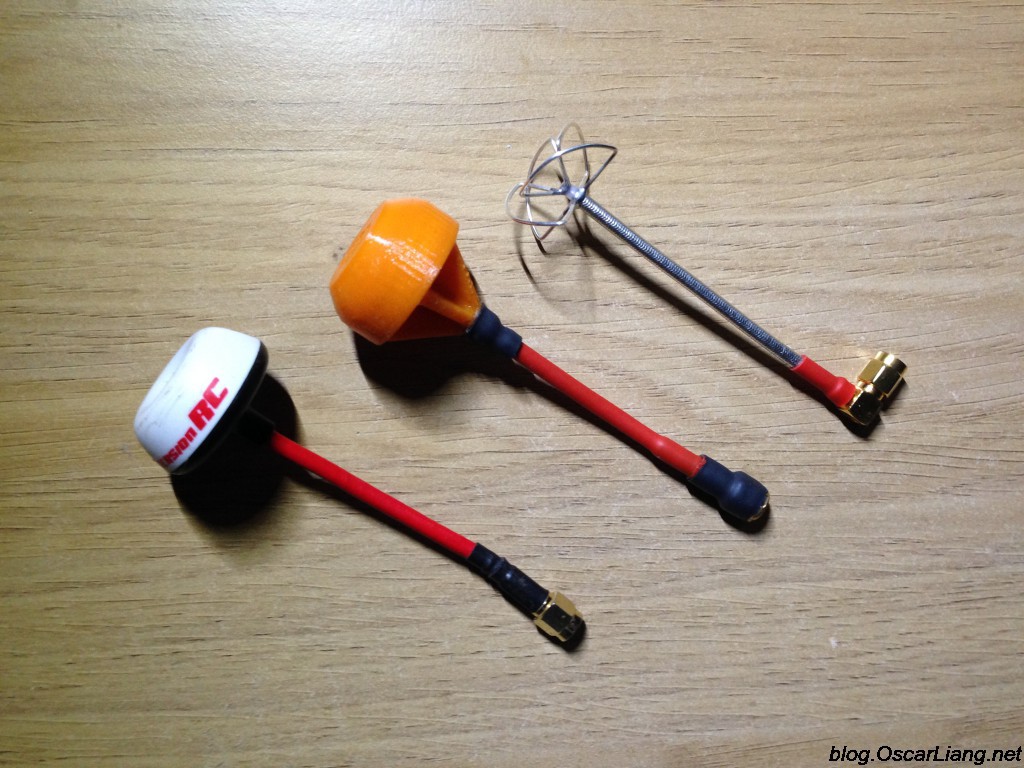 I tested the performance with range and penetration. I could only flew out 550 meters out, that’s how big the park is, but signal was crystal clear and there was no noise at all! (For Racing mini quad we don’t fly that far away anyway :) )

I also flew behind tree lines, signal gets pretty bad but still flyable. 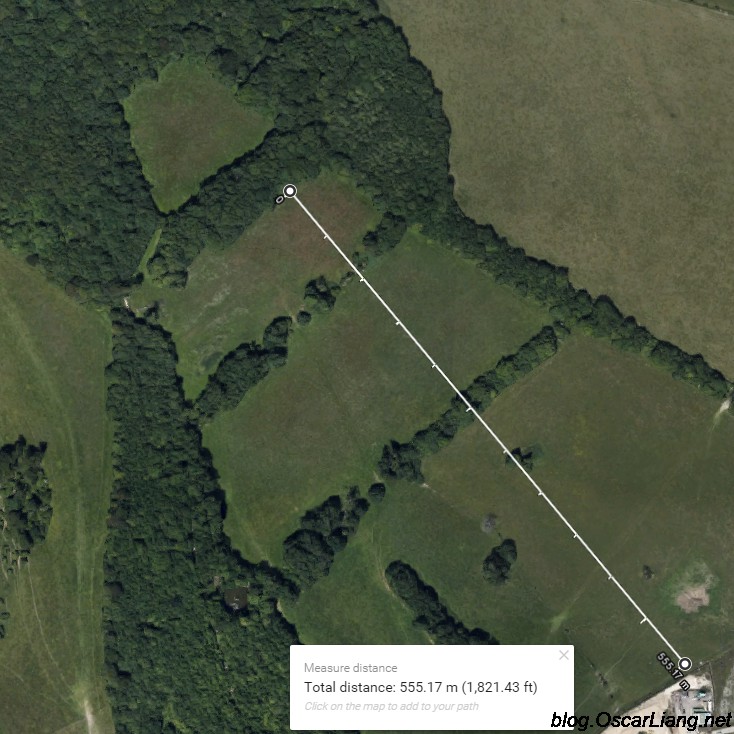 The result is very interesting. They have very similar performance. But it’s worth noting that somehow the footage from the Flying Machines antenna just looks a bit better, the colour is richer.

How much would these have cost including shipping?

Please do a second test with more range. Do you still use these antennas now?
Did you test your Fatshark-Antenne on VTX combines with the flyingmachines-antenna on your Google?
The Google-Antenna alone is a big improvement, please test the Fatshark spirotnet on vtx with an spironet on googles again vs. flyingmachines-combo…

The website of Flying Machine asks for an username and a password? Where can I order this antenna?

it seems to work now.

I don’t see how an antenna could affect colours. Surely this was just a local affect of the test itself – e.g. maybe the sun came out from behind a cloud.