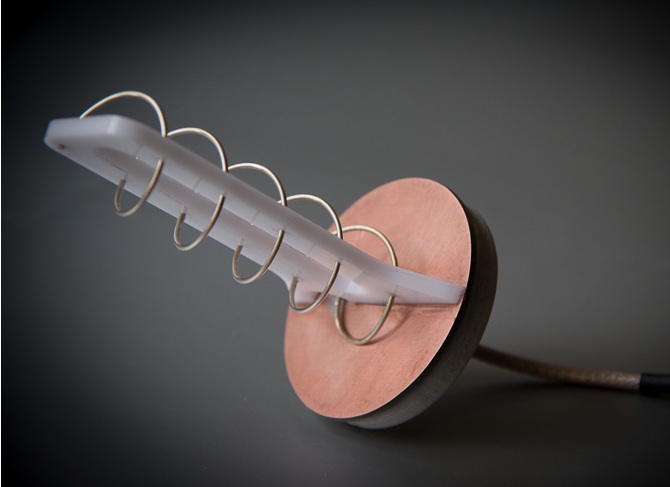 The most commonly used antenna for the 5.8Ghz FPV are onmi-directional circular polarized antennas due to the all-around radiation pattern. Helical and Patch antenna are directional antenna and they provide longer range but smaller angle of reception.

In this article we will talk about Helical Antenna and Patch Antenna for FPV.

For a more complete overview of FPV system and antenna, make sure to check out our tutorials:

Here is a discussion about how antenna gain affects range in FPV.

Basically antennas with higher gain have a better range but narrower coverage. For quadcopter flying it’s not recommended to run only directional antenna alone because you get very limited range on the sides and behind the antenna. Especially for quadcopters, which usually fly around the pilot. I would probably use a diversity system that has multiple directional antennas to increase the angle of reception, or pair with a onmi-directional antenna.

When flying behind objects such as buildings and hills, signals could be completely blocked and you might lose signal even with high gain directional antennas. But if the signal is only partly weakened by the obstacles, helical/patch antenna could still help pick up the signal, where onmi -directional antenna would normally struggle to do.

Anyway to get the best possible penetration ability, lower frequency is preferred as they are better at penetrating or go around obstacles.

Helical antenna are great for preventing multi-path as they are circularly polarized, suitable for both 2.4GHz and 5.8GHz. The Helical antenna can achieve high directionality by simply increasing the number of turns of coil.

The more turns on a helical antenna, the higher gain it becomes. Size wise, they are not as compact as the patch antenna. 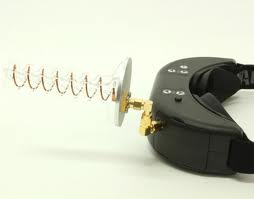 For example this is a 7-turn 5.8GHz 12dbi Helical antenna. Helical for 5.8GHz FPV system could be made relatively small, and can be mounted on FPV goggles directly. But the higher gain ones tend to be quite long and bulky.

Helical antennas with good performance require precision and it’s not an easy task to do at home. So buying from well known professionals is probably a better option. 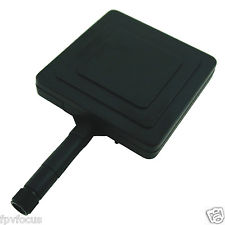 Patch antennas are mildly directional that simply look like flat plates. They exist in both linear and circular polarization, and the linear one are not as good with multi-path rejection compared to Helical. 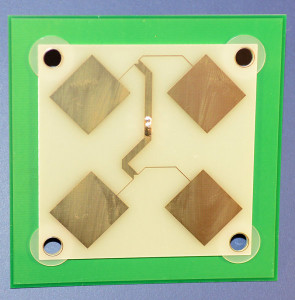 The Crosshair is another good directional antenna for video receivers.

Hello Oscar, Can you make an article about good antennas to fly longrange?

Considering replacement of stock omnidirectional antenna of the DJI Mavic Pro, I’m puzzled about a 16DBi circular polarized antenna and what I think are patch antennas, the 4Hawks Raptor-SR or the Itelite DBS Nano Sync

Hi Oscar, just purchased diversity module for my goggles. Is it ok to use a Helical and patch antenna together?

of course, but you might blind spot using 2 directional antenna?

I know you talked about it in another post but i use the Cloverleaf design on my large 550 quad and with line of site maintained (aka no obsticles) ive been out to the very edge of my controllers range almost 2 miles with Clear FPV signal.
That was scary but it actually surprised me since all my FPV gear is dirt cheap imitation Boscam. Im just now starting to make my own Micro gear for small 250 or less quads and I think i will use Copper wire antenna at first and it it does not work i will move on to more complex set ups. MY only real question is you seem to indicate 12.7 mm was the right length for 5.8 on strait copper antenna. I will test it soon as i get the camera sections in hand. my Micro are boscam 3.3v with separate step up step down to run off the 1 cell battery on the quad

I’m now not positive the place you are getting your info, however great topic.
I needs to spend some time studying more or understanding more.

Thank you for excellent information I used to be looking for this info for my mission.