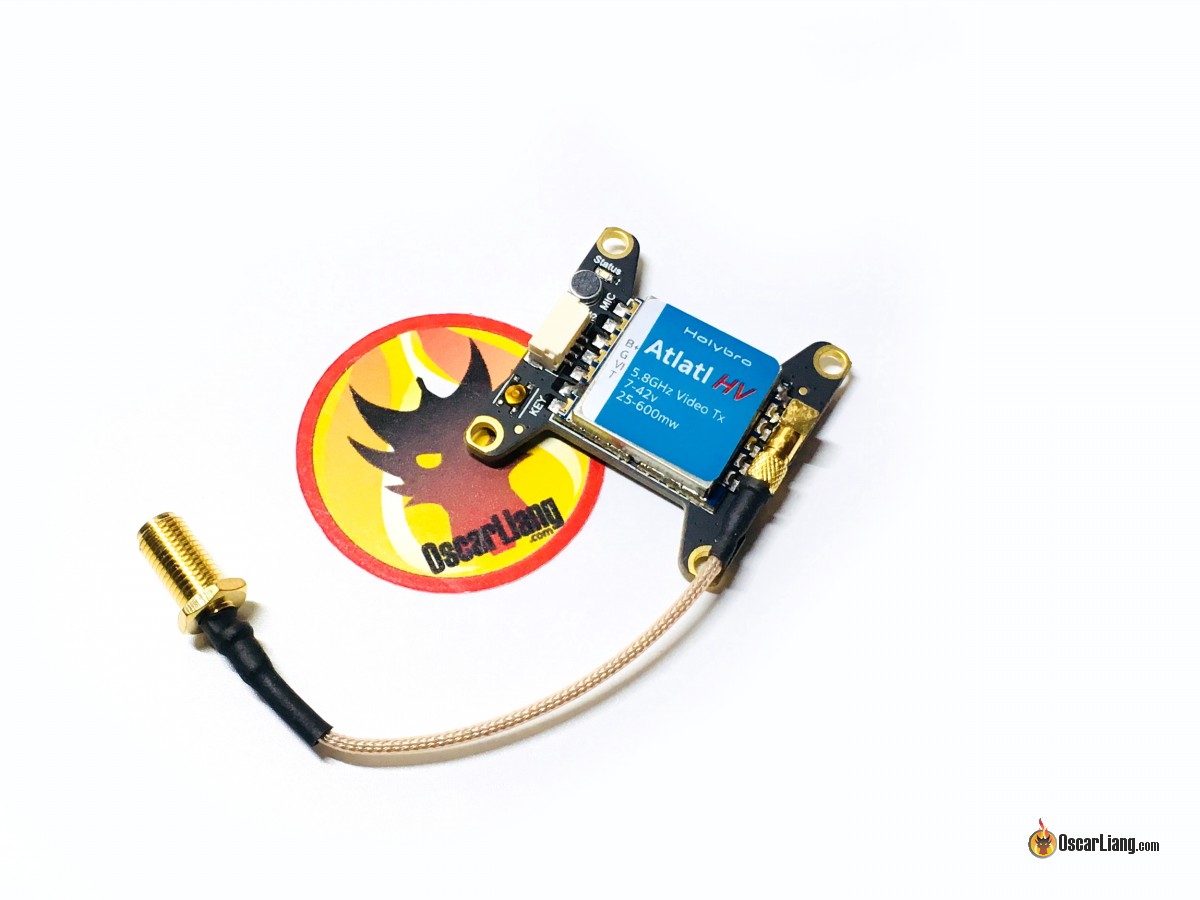 I have been using the Atlatl HV VTX for months on the Holybro Kopis 1 racing drone with good result. In this review we will take an in-depth look at this video transmitter and find out if this VTX is for you. 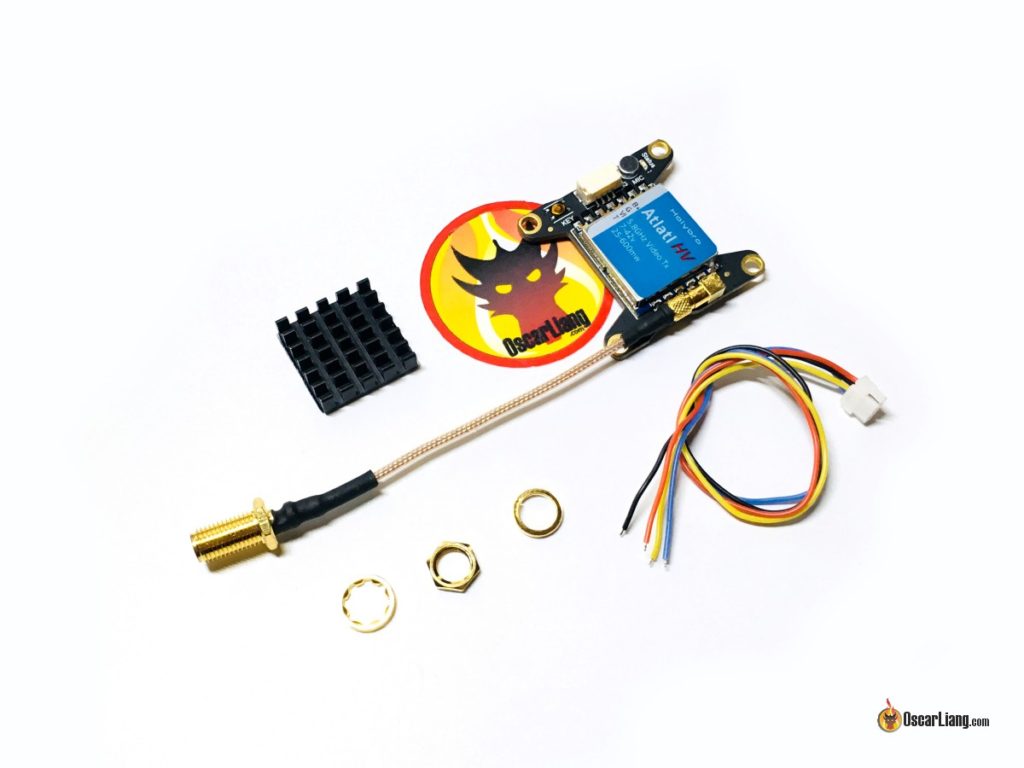 Excellent choice of accessories by Holybro. The heaksink is probably an overkill for most people because the VTX normally gets cool down by airflow during flight, but I imagine it would be useful for people using 600mW.

I recently reviewed the Matek HV VTX too and since the features are very similar here is a specification comparison between the two products.

Closer Look at the Atlatl VTX

On the top of the VTX, you can see there is a status LED, External Microphone, connector, and a push button for changing channels. 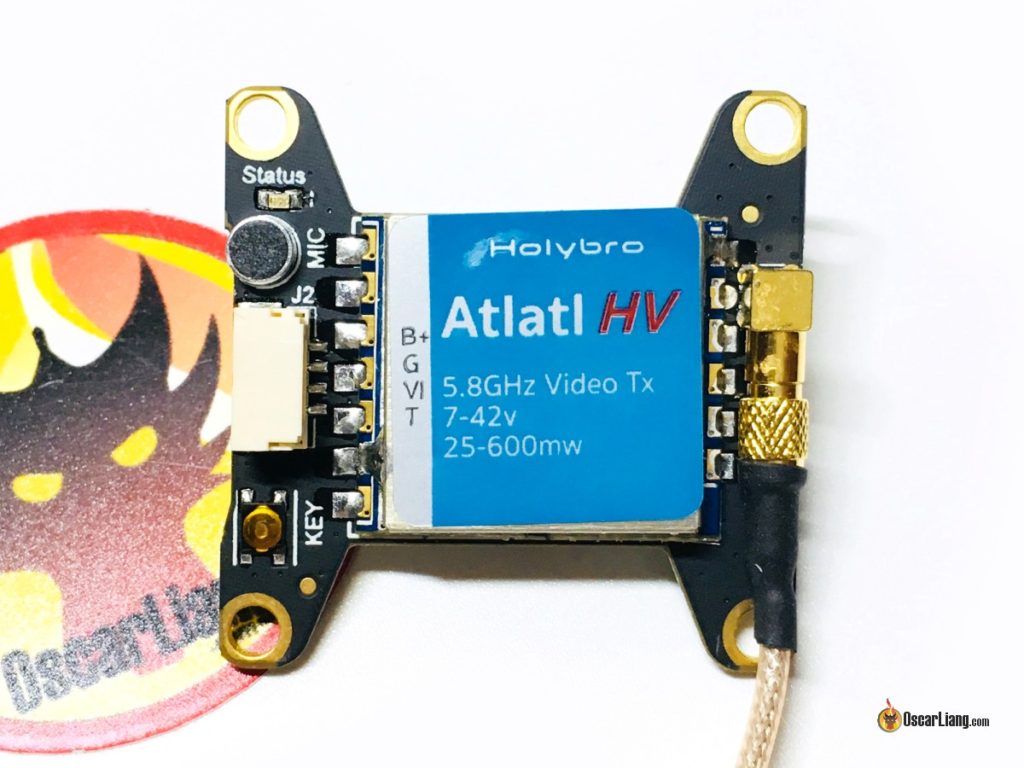 There are only four pins in the connector: B+ (input voltage), G (ground), VI (video input), and T (Tramp Telemetry).

I know there are people who prefer JST connector over direct soldering on VTX’s, the Atlatl also comes with wire while the Matek HV doesn’t. 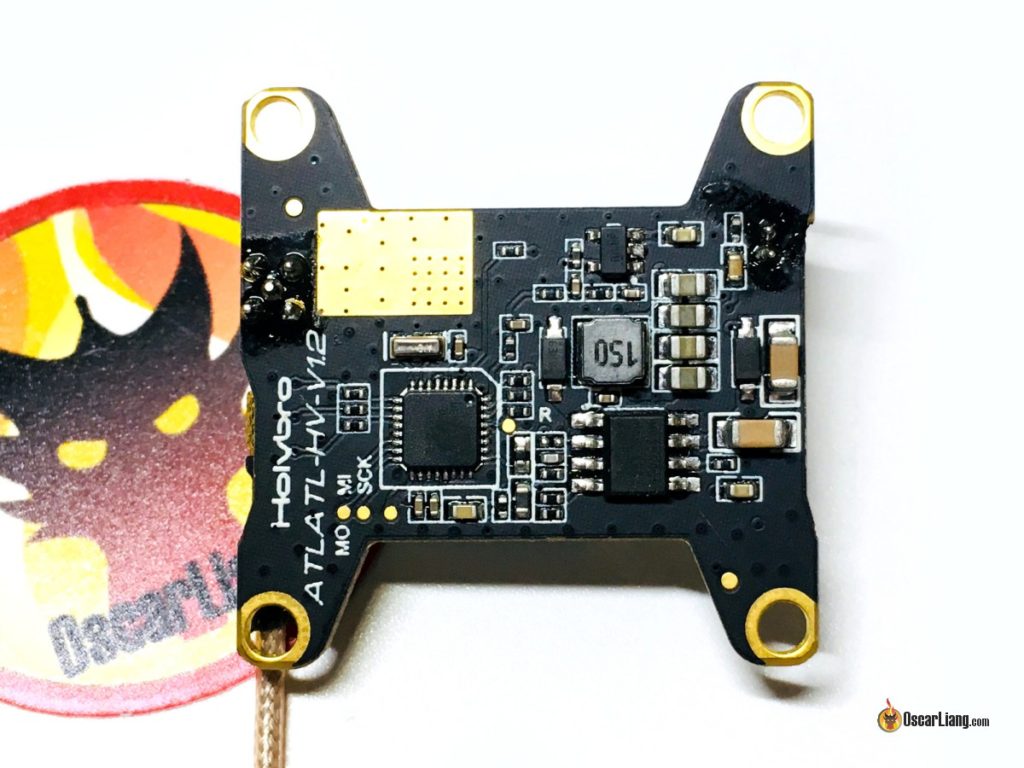 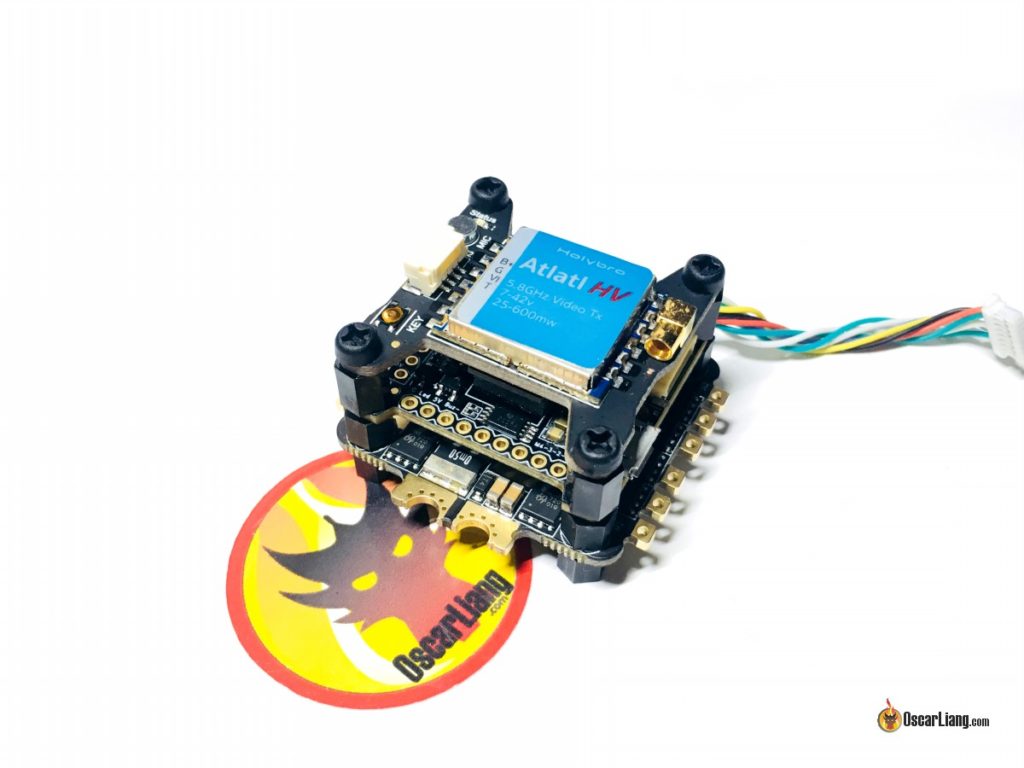 Not designed to use with push button?

Holybro could have made the button easier to use.

I know the Atlatl is intended to be configured with VTX Control (Tramp telemetry), and the button on the VTX is only meant to be a fallback method for changing channels in case VTX Control doesn’t work.

The push button on the Atlatl is really not user-friendly. Not only it’s hard to press, pressing the button once takes you to the next channel and you cannot select band separately, the VTX will just simply step through all 40 Channels.

You cannot change power using the button, you will have to use VTX control via Betaflight OSD or Taranis Lua script to make full use of the Atlatl.

The inconvenient push button is partly due to the fact that there is no LED display on the VTX. In my opinion this is one of the biggest downsides of the Atlatl, you have no way of knowing what power and channel you are on unless you have access to VTX telemetry.

It’s probably not a big deal, but I found only 3 of the 4 screws can be fitted, because the remaining one obstructs the SMA pigtail, and the MMCX connector just wouldn’t go in unless I remove it. 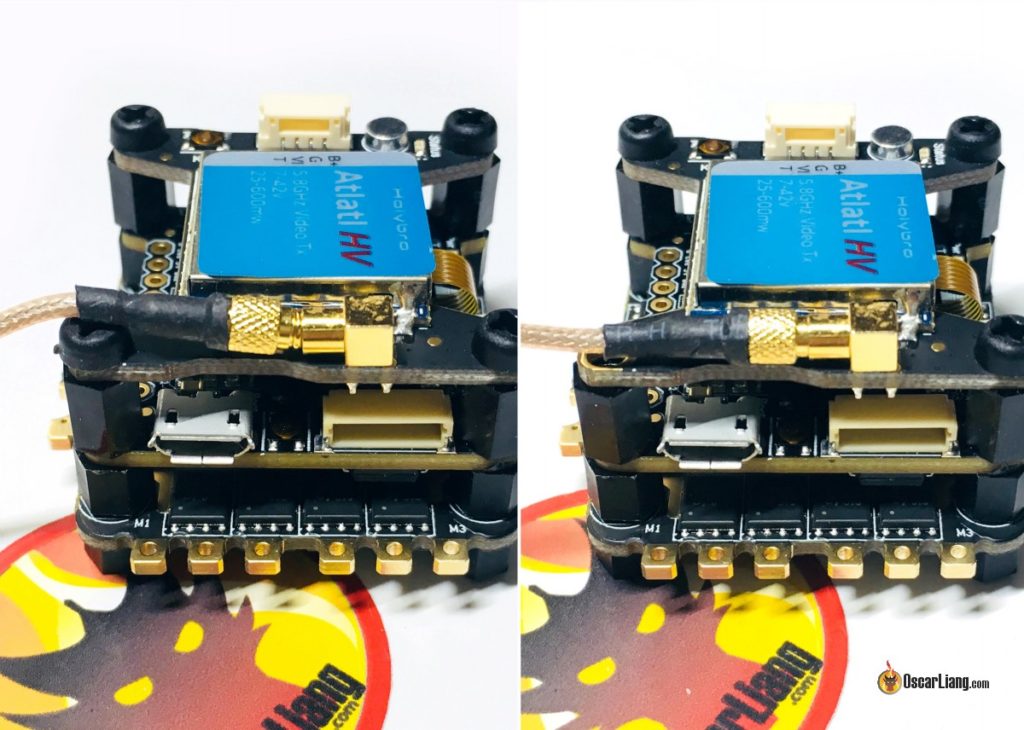 Conclusion – is the Atlatl HV VTX for you?

The Atlatl VTX has been a solid video transmitter for me, however it has hardware and software requirement that limit its user base.

It works perfectly fine when paired with the latest F3 and F4 flight controllers that support VTX Control (SmartAudio or Tramp Telemetry), such as the Kakute F4 FC. You can configure the VTX through Betaflight OSD, or using your Taranis LUA script.

However if you don’t have access to Betaflight OSD, and you are using another transmitter brand such as Spektrum, the Atlatl VTX would be pretty useless.

I have given my suggestion to Holybro, hopefully they will make an even better VTX in the future.

The V2 has changed the orientation of the MMCX connector 90 degrees so there is no longer an interference problem with the screw.

Hi Oscar, I just mounted this vtx, and also having same MIC issue… I saw on the wiring diagram, that there is a Mic-in port accesible from undernith the vtx external mic, where I could solder the mic-out cable from the camera. Have you tried this? Will it work?