The iFlight iH2 is a tiny little drone equipped with a Runcam Split Mini 2, capable of filming 1080p HD videos. In this review we will check out its performance and build quality, and what you can/should do to make it fly even better.

This is one of the smallest quad I’ve flown that is equipped with a Runcam Split. It weighs merely 74g without battery, and has a wheelbase of 105mm running 2″ props. A tiny quad of this kind of form factor would be perfect to fly indoor and tight spaces capturing HD footage! 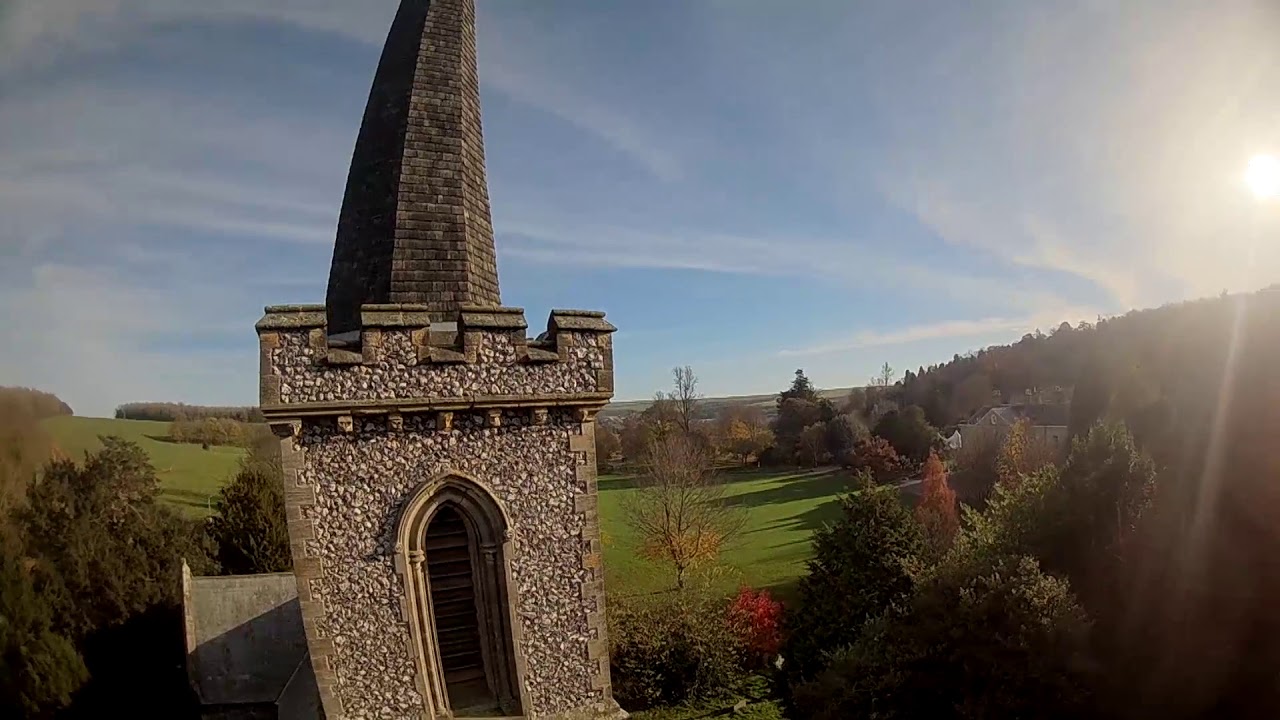 We recently looked at the iH3 by iFlight, which is a micro quad with a Runcam Split Mini as well but it’s a 3″ quad.

I don’t see the iH2 being a replacement of the iH3, they are good for different flying styles and environment. You can expect the iH3 to be more stable and powerful due to the larger motors and props, while the iH2 is more suited for tighter spaces and quieter flying.

Here are the accessories in the box:

The iFlight iH2 is not really designed for racing and crashing. It uses the lightest possible design and material to keep the weight down. I really think the arms should be thicker, not only stronger against crashes, but it will also be stiffer. At the moment, the arms are a bit flexible and maybe the oscillations in flight are partially caused by this.

I don’t know why iFlight just left the RX and VTX antenna hanging there freely. They are going to get chopped by those propellers in the first few flights.

The front arms are placed wider than the rear arms, which keeps the props out of the camera’s view. The camera side plates provide good protection to the camera lens.

Unfortunately the camera doesn’t have much room for tilt angle adjustment due to the compact design. You are looking at only 10 to 15 degree of uptilt. But for slow/smooth flying this should be enough. This could have been easily solved by extending the camera cage forward a bit more.

So the iH2 comes with the following hardware:

In the BNF version, a receiver of your choice is also included (FS-A8S, Frsky XM+  and DSM2).

Removing the top plate reveals the stack. First of all the Frsky XM+ receiver, followed by the Runcam Split Mini 2 board.

And there is the flight controller and 4in1 ESC.

The FC and ESC are connected together with tiny header pins. Note that the ESC’s are BLHeli_32, loaded with 32.6 version firmware.

iFlight recommends 2S 350mAh 45C LiPo battery for this model, which I found to be on the small side. With a 350mAh pack I only get around 2 minutes of flight time. I think a 450-600mah pack might be a better option (sacrificing a bit of agility for flight time).

The stack is rated for up to 6S, but it’s limited to 2S because of the small and high KV motors (1104 9500KV!) by Tachyon. Maybe it’s possible to run 3S maximum, I haven’t actually tested it yet.

Make sure you get the batteries with XT30 connectors!

It comes with prop guards, when installed it turns it into a “Tiny Whoop” style quad. I prefer to have the prop guards on because I normally fly this model indoor. They protects the props as well as my walls :)

Prop guards are not available yet, but i am sure they will be sold separately soon.

But the prop guards reduce the power of the quad quite noticeably, so remove them if you mostly fly outdoor :)

If you are new to Betaflight, this tutorial will walk you through how to setup Betaflight for first flight.

Connecting to the iH2 flight controller to the Betaflight configurator, the first things i noticed were:

A lot of features were turned of by default, including “Dynamic Filter”. This is the list of features i enabled.

This are my PID/rates tab. I only changed rates and setpoint, leaving PID as they are to see how it flies :)

The other thing I also noticed was the receiver channel map was wrong, I had to setup it to “Default” on mine to work.

Mods to Make it Fly/Perform Better

The iH2 has definitely got some potential, and I think iFlight is up to something very interesting here. But there is still so much room for improvement on the iH2.

It’s not really a BNF in the strict sense just based on my experience with this model. There are some necessary mods you have to do to make this little thing fly well.

The very first thing you should do is to mount the antennas (both RX and VTX) properly. I simply used some ziptie and heatshrink for this as you can see in the picture.

Soft-mounting the FC stack is a must! Out of the box, my unit had some terrible oscillations, it caused the camera to shut down intermittently during flight. It was just unflyable.

Since the 4in1 ESC and FC are connected with header pins, you cannot just soft-mount the FC, but the ESC too! So I just replaced the nylon nuts under the 4in1 ESC with some rubber grommets and that seemed to do the trick! Oscillations are gone and camera is now working as intended!

Make sure your Runcam is outputting in NTSC format. In my review of the Split Mini 2, I found that the FPV video looks a bit choppy in the goggles using PAL, and NTSC looks more fluid. After that, also select NTSC in the Betaflight OSD tab.

iFlight should really have included a buzzer in this model. Losing this tiny thing in the grass is very difficult to find. Luckily, the ESC supports DShot so you can enable ESC Beacon (using motors as buzzer).

I used Ummagrip battery pad instead of the stock ones, works much better IMO.

One last thing, make sure your VTX is outputting 200mW if you want the best possible video quality. The TX200 came with 25mW on mine. See VTX manual how to change this. The button of the VTX is accessible from the bottom of the quad with a screw driver.

I guess it doesn’t come with SmartAudio?