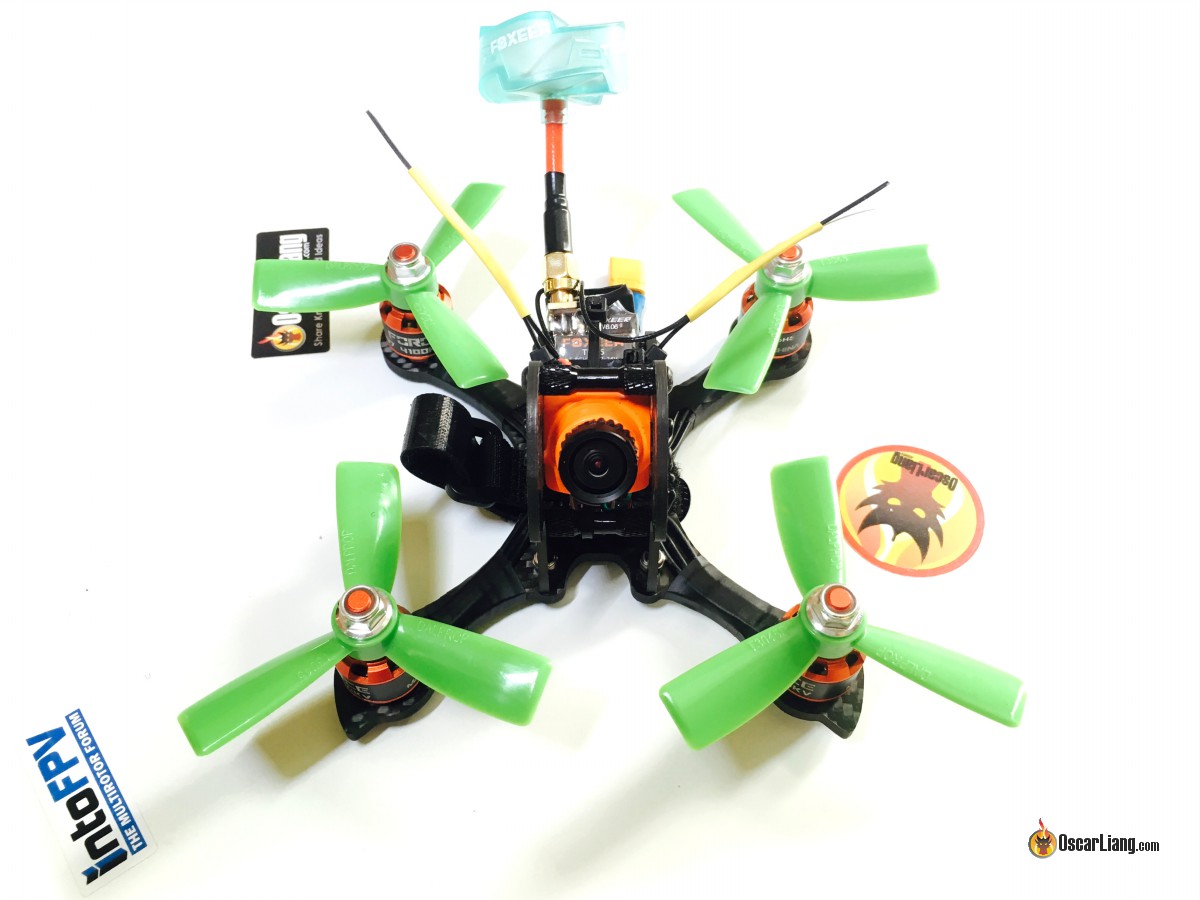 In this article we will be reviewing the Mini Revobee32 F4 flight controller from iFlight, and their Monkey X3 130mm mini quad frame.

In this build we aim to test the following parts:

Because I had a very busy schedule this couple of months, iFlight offered to put this thing together for me, so I could just install the receiver and go test it for them.

The quad came in a nice foam padded case, with a set of 3045 bullnose tribades props and a foxeer antenna for the VTX. 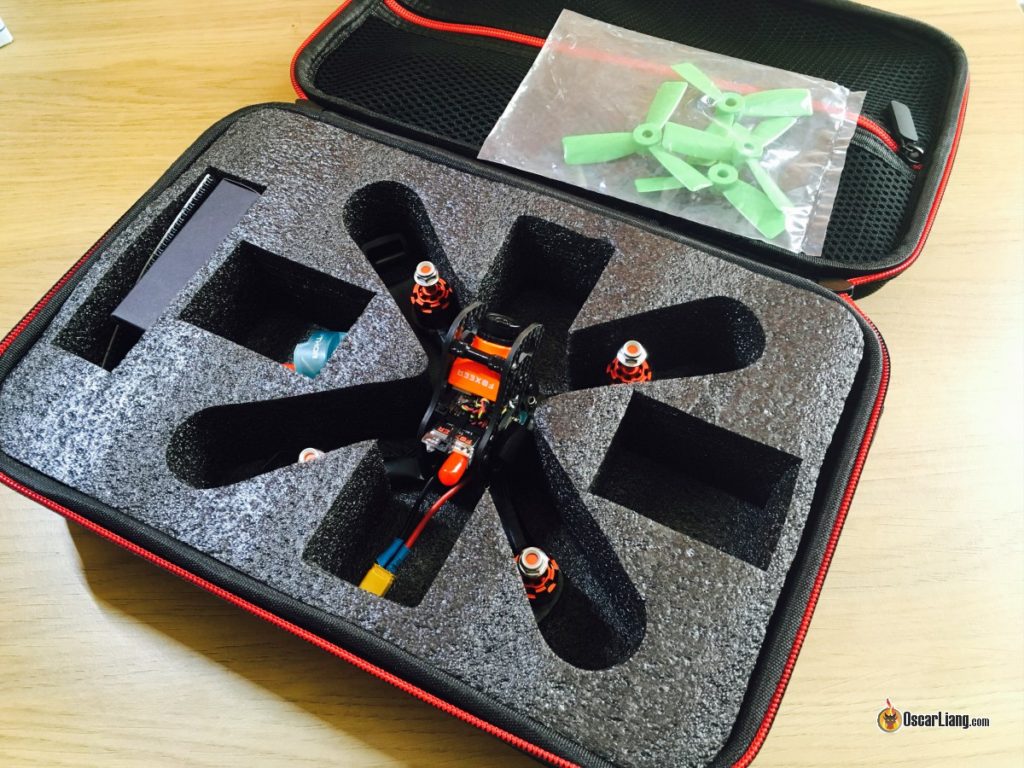 The Monkey X3 frame has a really simple and minimalist design which serves a 3-inch quad well in terms of weight saving. 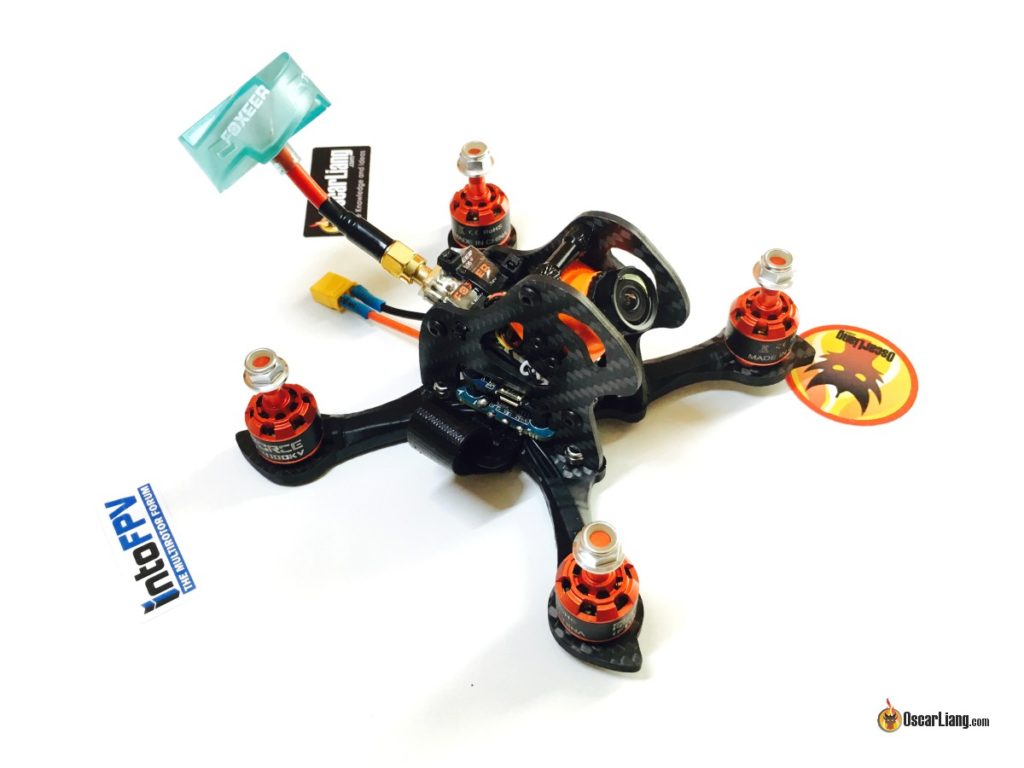 However there are 2 downsides to the design: 1. it’s not designed for mounting an HD camera; 2. the VTX antenna connector is vulnerable to crashes. I think an Eachine VTX03 style VTX would be more suitable for this frame/build. 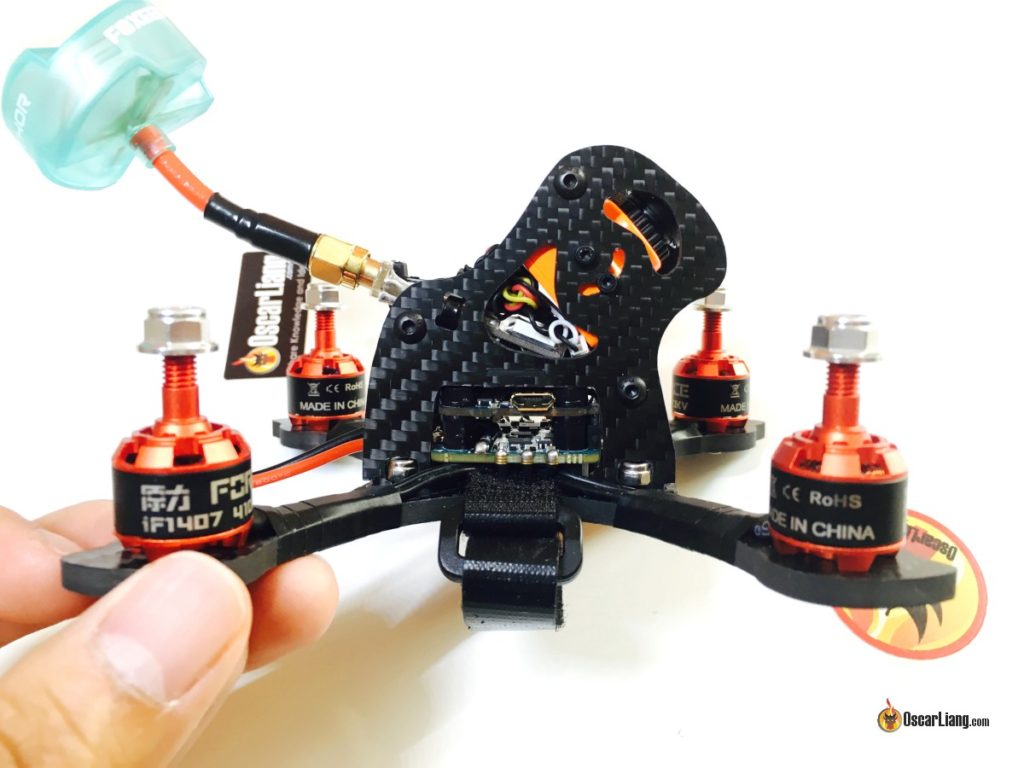 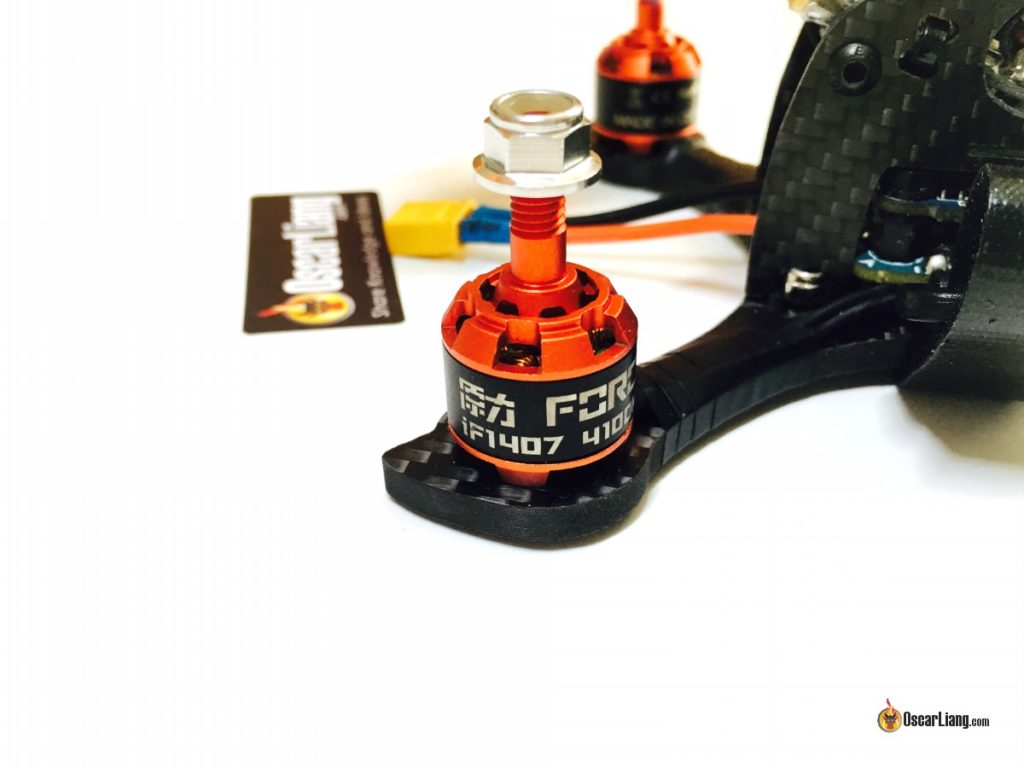 The bundle comes with the Foxeer Arrow Mini FPV camera, with Foxeer 200mW VTX. Good thing about this camera is that it does have OSD to report battery voltage and it has decent image quality. Many micro quad bundles from other brands would normally come with low quality CMOS cameras to lower the cost. It’s great to see iFlight isn’t cutting corner there. 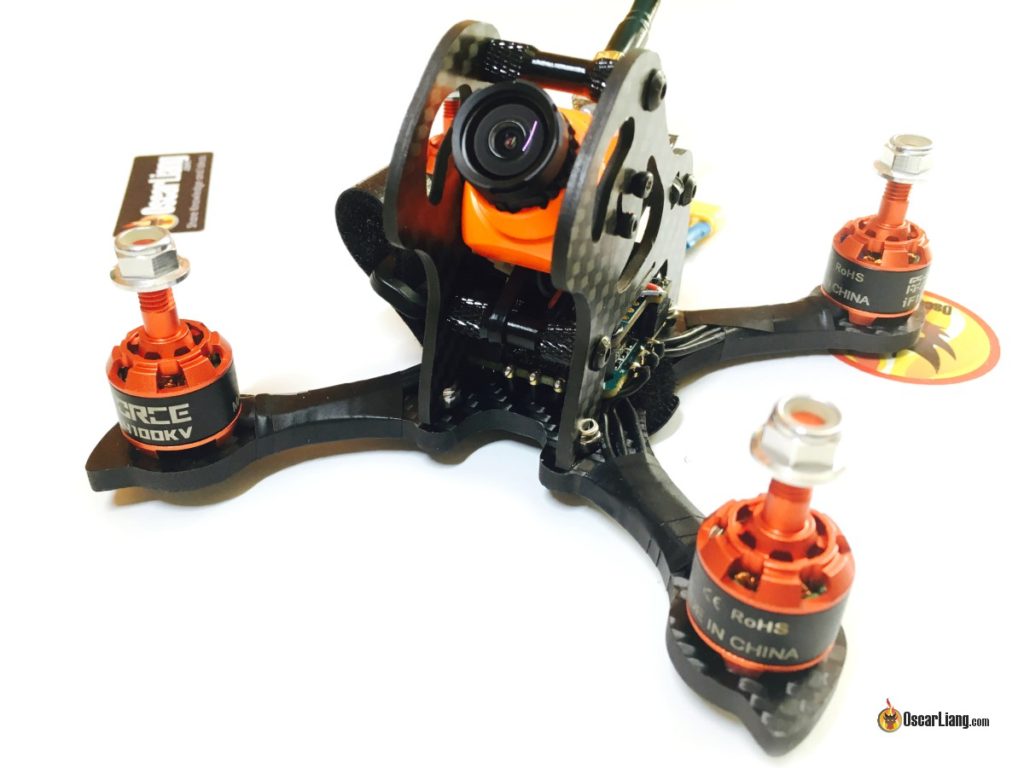 The only thing that is missing is a buzzer. I am probably going to put one in for lost model alarm. 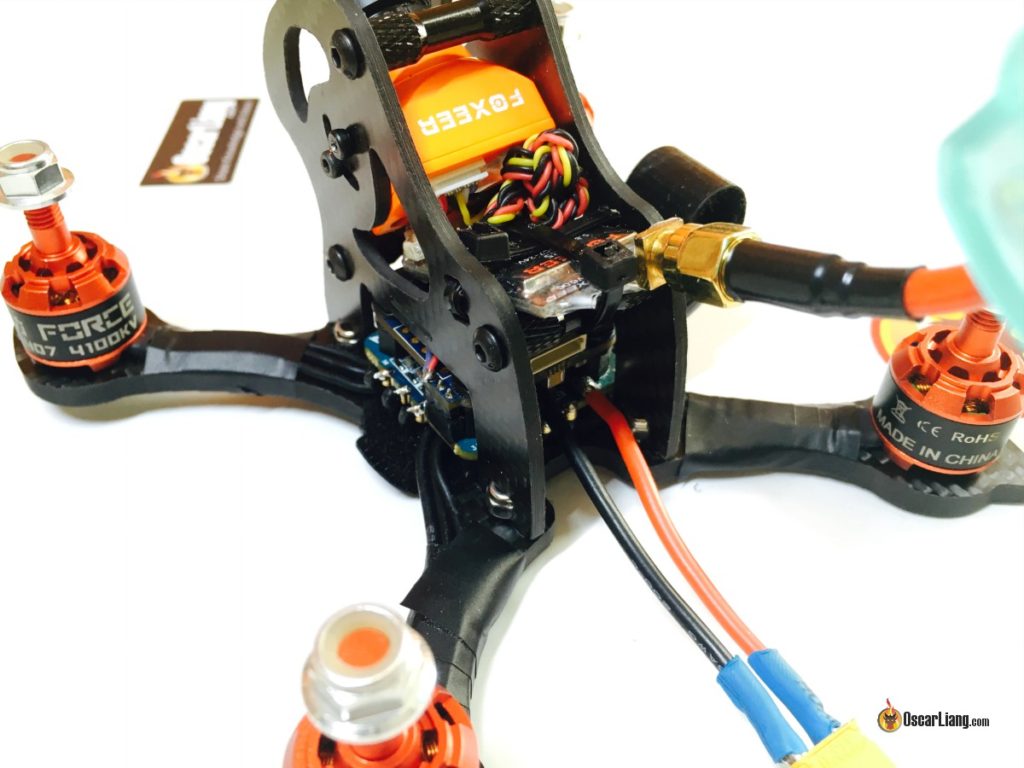 The frame “cage” is held in place by 4 nylon nuts vertically and not using any standoffs like the transitional approach. 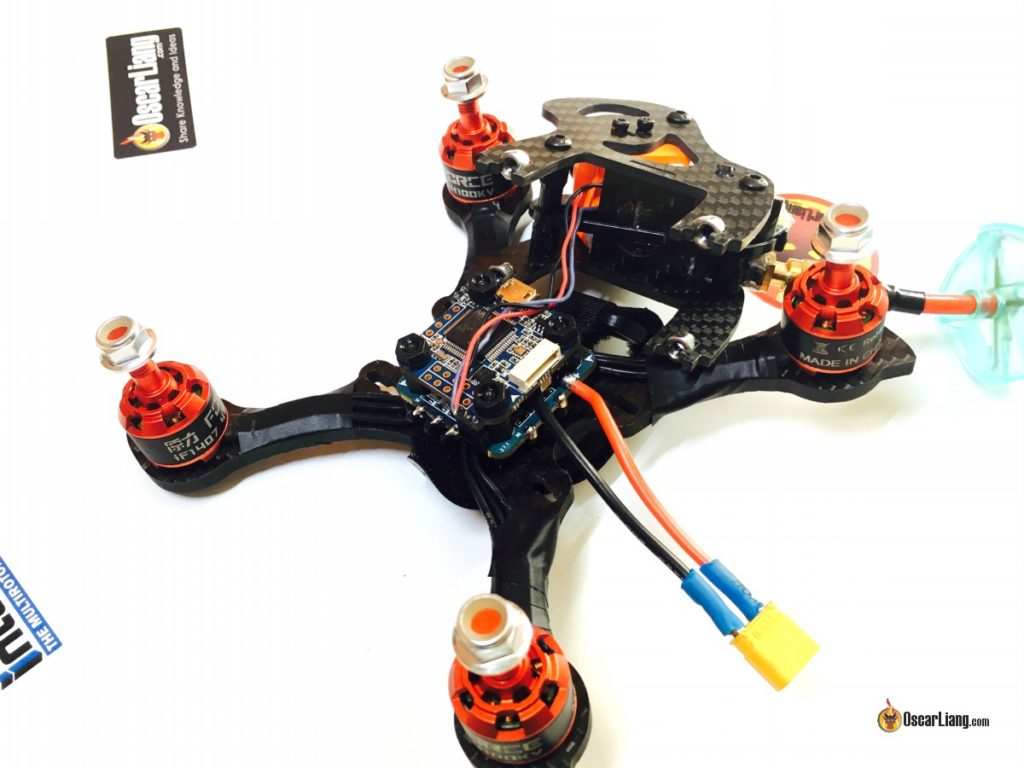 I am using the Frsky XSR receiver with this build. Since this is a F4 flight controller without built-in inversion for Smart Port, I had to tap the “uninverted SPort signal” from the receiver (green wire).

I am setting up SmartPort on this micro quad so I can tune my PID and rates from my Taranis.

The 4-in-1 ESC is always my preferred choice for a micro build like this. It saves spaces and makes wiring easier and cleaner.

The FC and ESC are actually sold together as branded as “tower system”, the small 20mm by 20mm form factor should be a very neat solution for other micro builds and frames too. It’s a pretty powerful system as it’s also got Betaflight OSD on this tiny board, though I am not using it in this build. 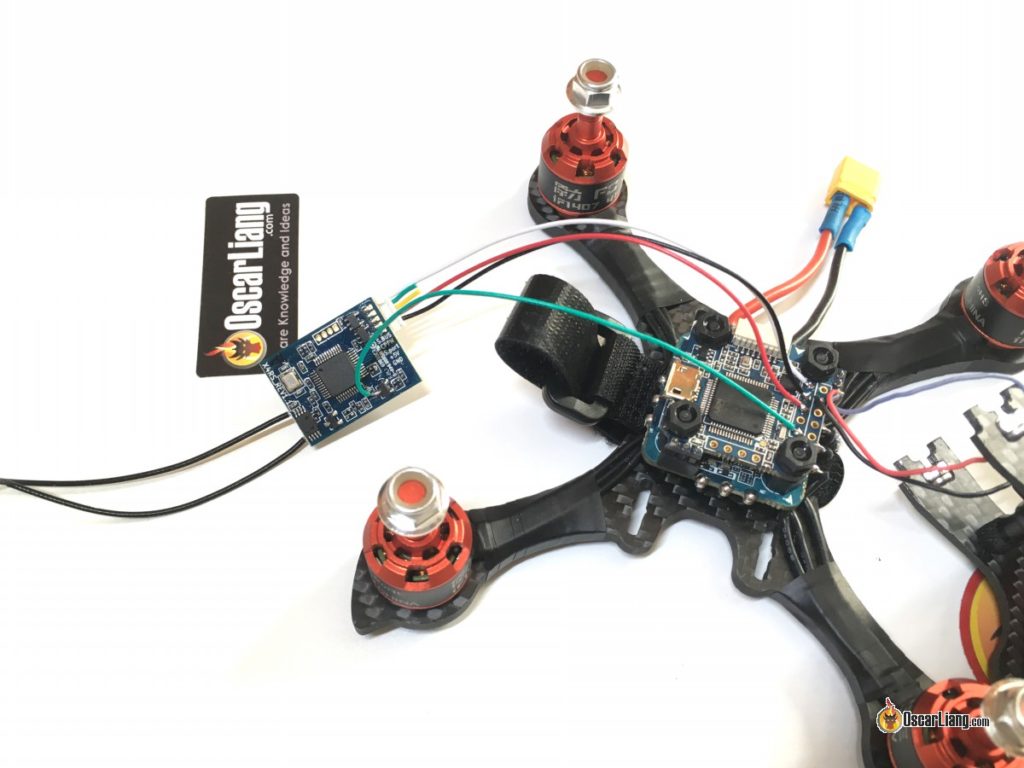 By the look of this quad it doesn’t seem to be too difficult to build, however I did find it a bit confusing as where to mount the receiver in the frame. In the end I decided to put it under the VTX and that turned out to be the perfect spot for it. 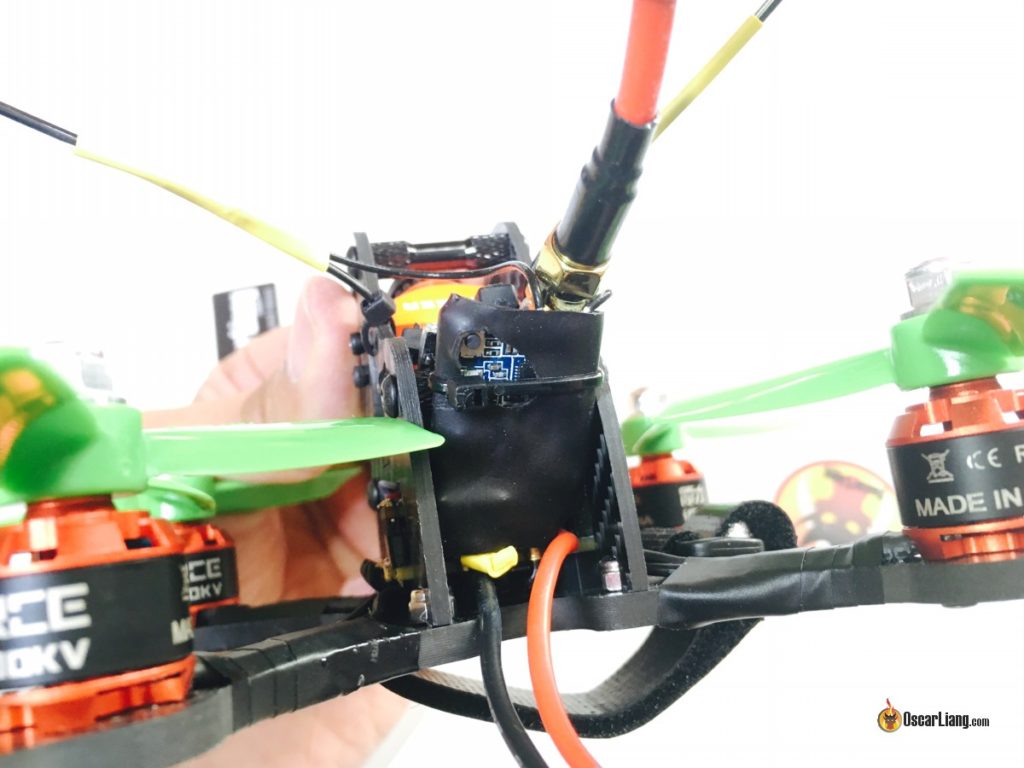 Here I mounted the propellers and antenna. The quad weighs at 178g without battery. I am planning to use a 4S 600-700mah battery with it. 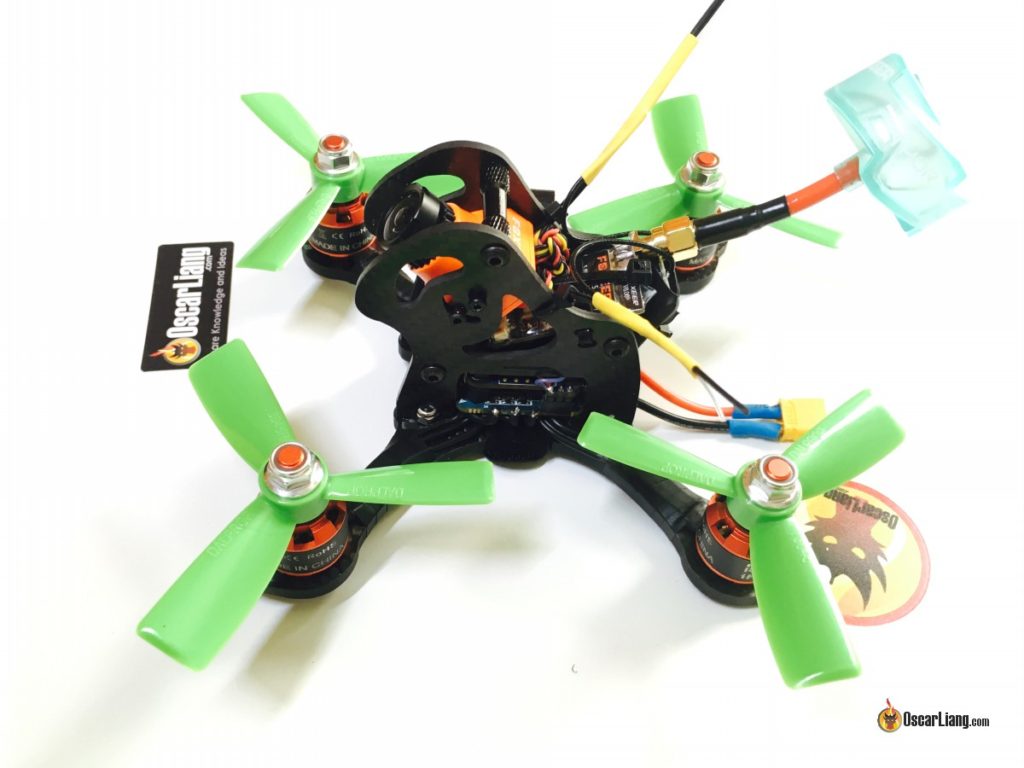 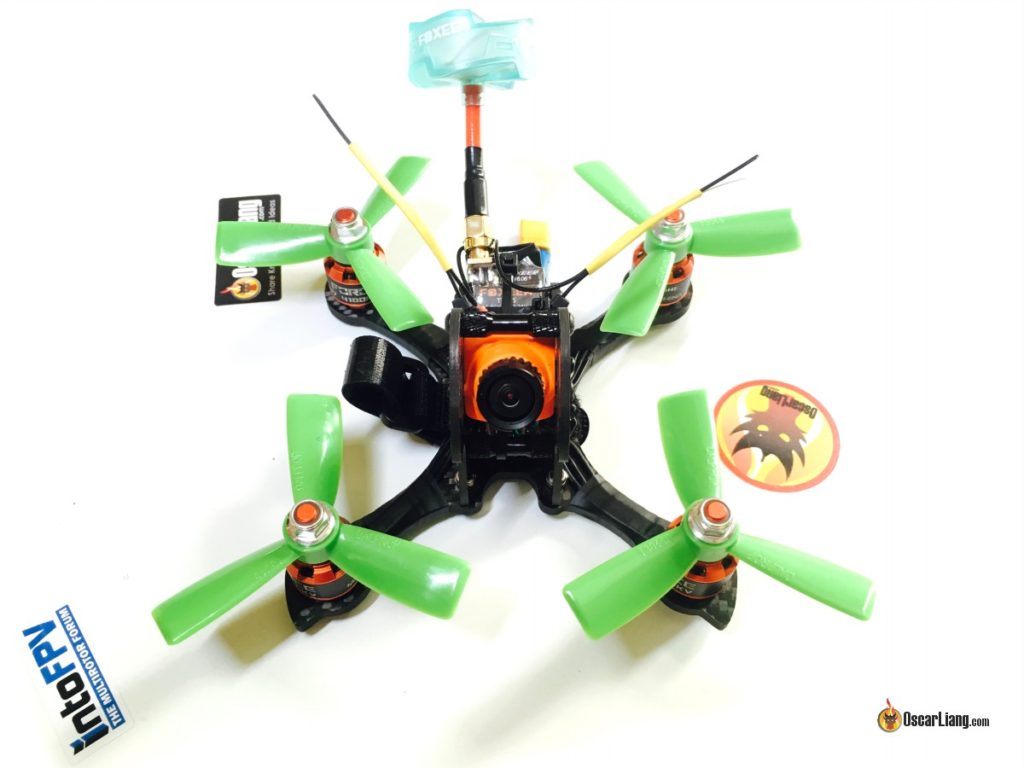 Now on to the next part, fly her outside and get some footage…

How to Adjust Transmitter Channel End Point and Mid Point

I have tis flight controller and receiver. I can’t discover any sensors on my Taranis. I have wired smart port to TX1 just as you have in the photo. I have selected smart port telemetry on UART 1. I have enabled telemetry in the configuration. Did you take any other steps to get telemetry working?

Oscar, I’ve read a ton of your reviews and thanks a lot for all you do, you really help us all out! With that said, I am using this stack on an airblade eclair v2 2.5″ with a frsky xm+ receiver. The receiver is bound and I have soldered everything correctly especially the rx6 to sbus on the receiver and I cannot get the receiver to demonstrate that it is bound in betaflight when I manipulate the comtrols. I have checked to see if there is a jumper that I need to solder (ppm vs sbus) and cannot find it. Any ideas on port configuration? Any advice would ve greatly appreciated!

In ports tab, set UART 6 to Serial RX
and Make sure you have configured the receiver settings correctly:
https://oscarliang.com/betaflight-firmware-setup/#configuration

I have a couple of these iFlight Mini Revobee32 stacks. I’m attempting to build a 1106 2.5″ quad and a 1407 3″ quad with these stacks… I’m not great when it comes to tuning pids. I’ve built several quads, and I guess I’ve always been lucky enough to have the default pids be close enough where I could at least fly the quads. I’ve had a couple instances where a fellow pilot gave me a good tune for a build. Never the less, I’ve never really learned the skill of tuning pids myself… I’ve taken every precaution I could with these two builds. I’ve soft mounted both stacks better than factory, and my build tactics are usually good. Both stacks were pre-flashed bf3.1.7. I updated both stacks to 3.2.2, and copied all pid and filter settings to what Iflight had loaded by default. No matter what I set the gyro and pid loop refresh rates to, I can’t get either quad to a stable hover. Both quads suffer from the same issues. Oscillations, yaw twitches, and exponentially increasing drifts… I’m a mechanical engineer, and a overall fairly bright person, so I’m hoping I can teach myself how to tune pids. Obviously, it’s about time… :) In the mean time, is it possible for you to provide me with the stable pids from your monkey 3″ build? I was hoping that may at least get me started with my 1407 3″ build… Any help you could provide would be extremely appreciated… Thanks Oscar! I really love what you do…

thx for all your amazing work.
Do you think that we can use the micro swift fir this build ? (is it too small and it we will have the two side plates in the FOV ?)

Yea the Micro is too small, you might be able to use a 3D printed adapter though, or just put a few washers in there :)

Hi,
Great build.
Have you tried to put runcam split to see if props are in the HD video?