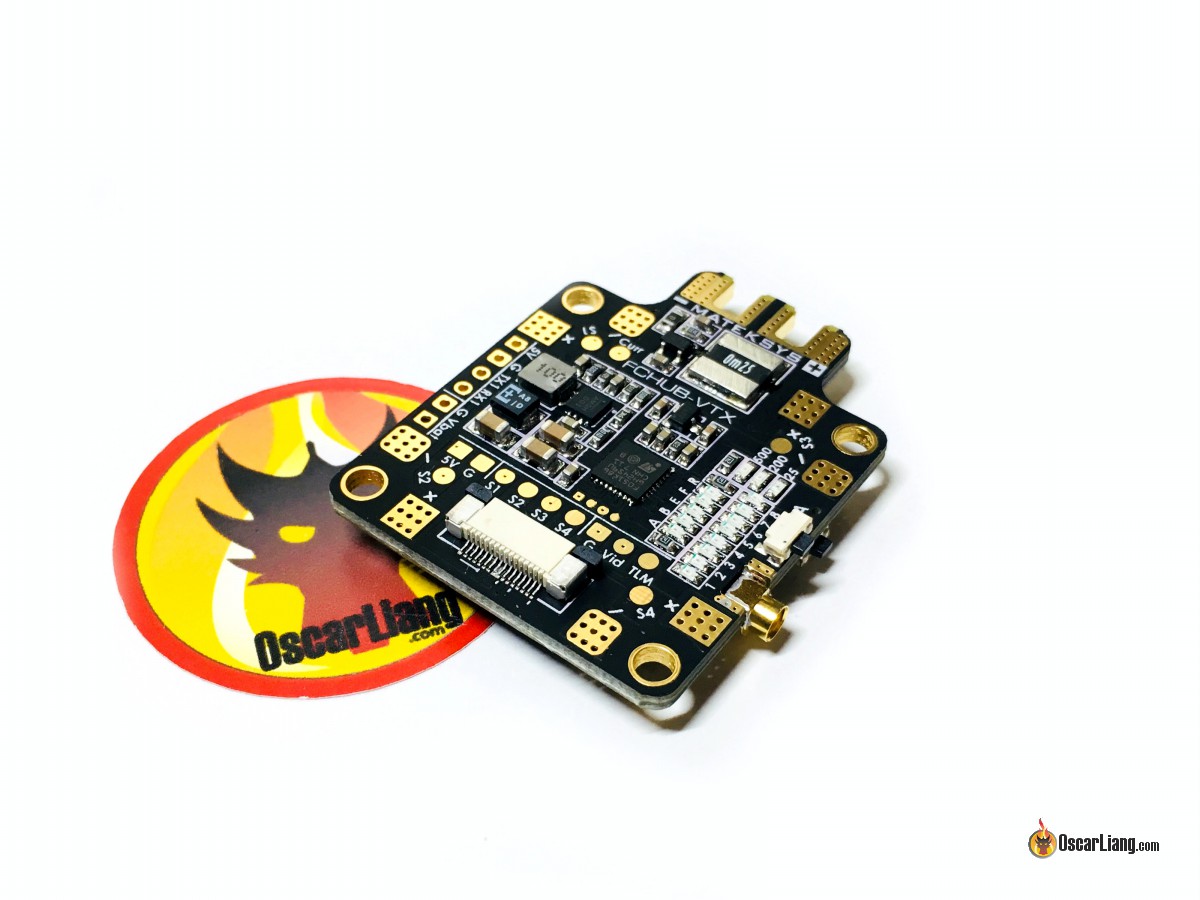 The Matek FCHUB is a PDB that has an integrated VTX and current sensor. It’s an excellent option for those who don’t like all-in-one flight controllers and run a separate board for power.

By pairing the The Matek FCHUB VTX with the Matek F405, you are getting the FC, PDB and VTX in one package. It’s a great alternative to the Matek F4 CTR with their HV VTX combo because it avoids running the the high current circuit in the same board as the FC processor and gyro to minimize noise.

Further Reading: How to choose VTX for mini quad

The FCHUB VTX comes with a low ESR 470uF 35V capacitor you can solder to the power input, a MMCX to SMA pigtail, and a MMCX dipole antenna. There is no wires or cable included.

Further Reading: Why adding capacitor in a mini quad? 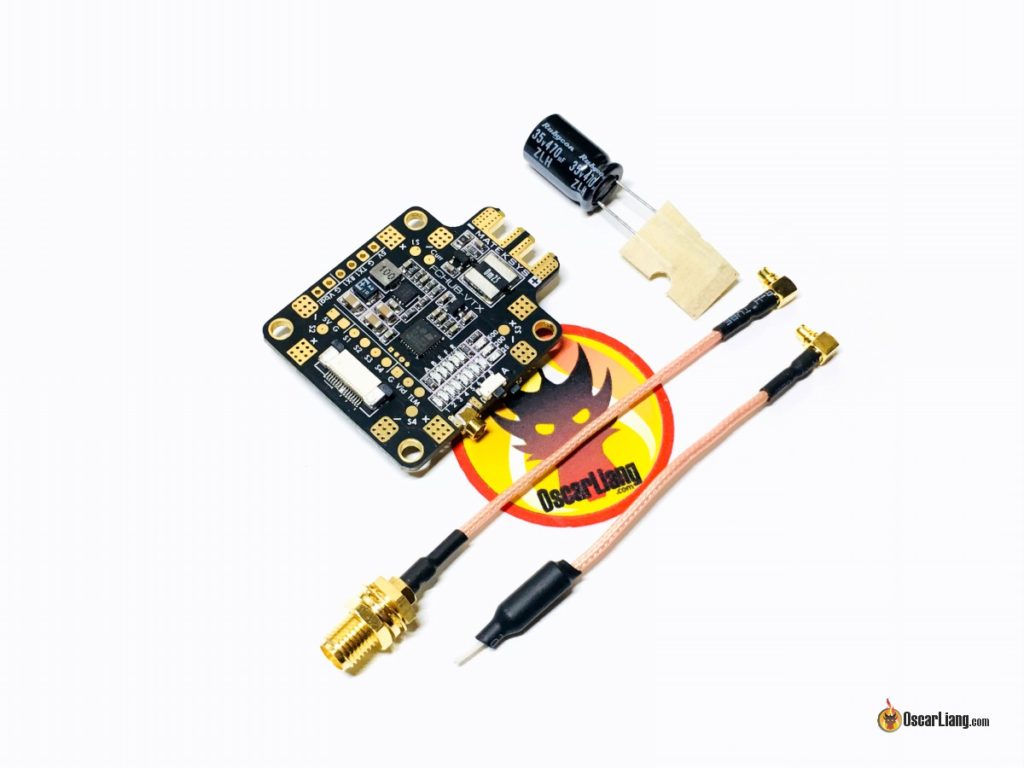 The FCHUB has the standard 30.5 x 30.5mm mounting holes, it can be installed under a flight controller. Although it’s designed for the Matek F405 OSD flight controller with the convenient ribbon cable connection, you can also use it with other FC’s using the solder pads provided on the PDB.

I really like the idea of moving the high current circuit away from the gyro, because that can improve noise and reliability. Having the PDB moved out of the FC also means more effective soft mounting than AIO FC’s, where the thick ESC power wires can sometimes transfer vibration back to the FC board.

The only downside to double stack design is the room requirement, the height of the stack is about 20mm so you need to make sure your frame can support that. 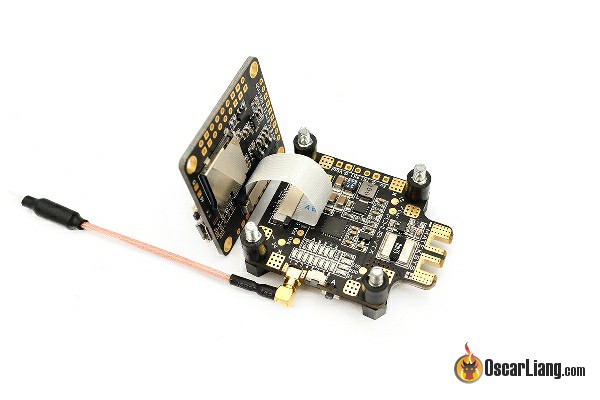 I really like the VTX features and performance of this PDB. It’s basically the same as the Matek HV VTX, so it’s also missing Pitmode and the maximum output power is limited at 500mW. But for casual mini quad flyers this shouldn’t be a problem at all.

There are 2 push buttons for changing settings. They are more intuitive to use compared to some other VTX that only has a single button because those “short press” and “long press” can be confusing.

I also like the LED panel indicators on the VTX, very easy to understand what channel, band and power you are on.

The pin layout is also very convenient and clearly labeled. 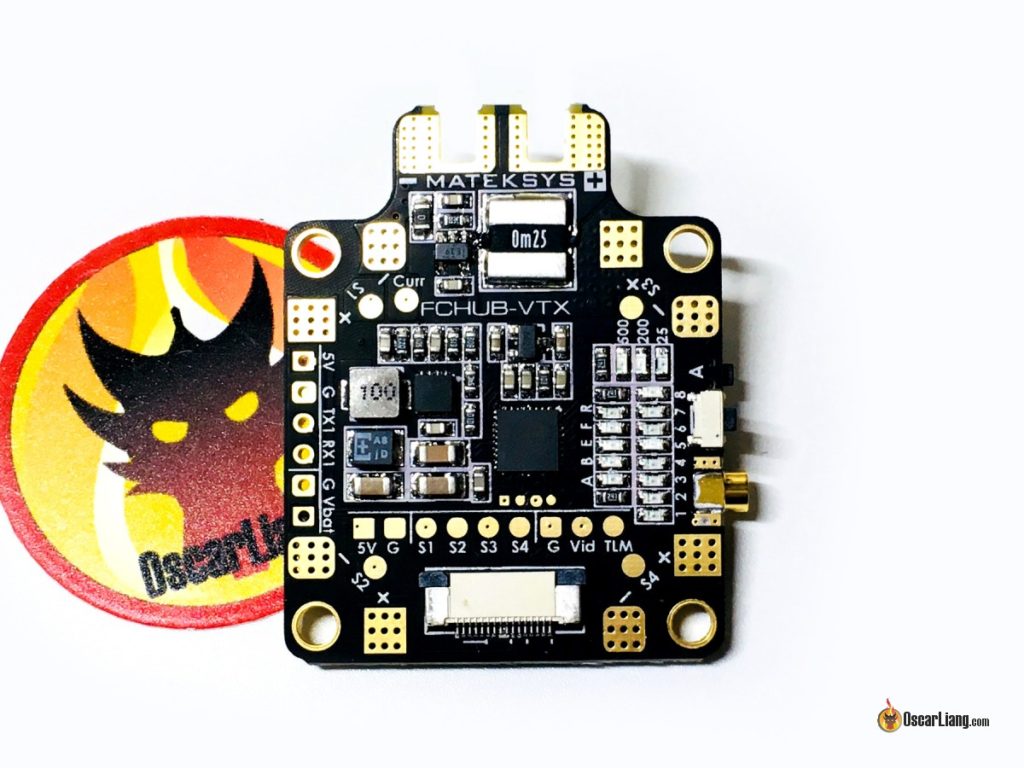 My main complain would be the straight MMCX connector. It’s perfectly fine with the SMA pigtail and antenna that it comes with because they have right angle male connectors on them.

But there are many other MMCX antennas on the market that have straight connectors and that could be a problem using them on this VTX. There is usually 1 to 2cm in the antenna near the connector you cannot bend, and this is going to take a lot of space.

I wish they could use a right angle female connector on the VTX instead. 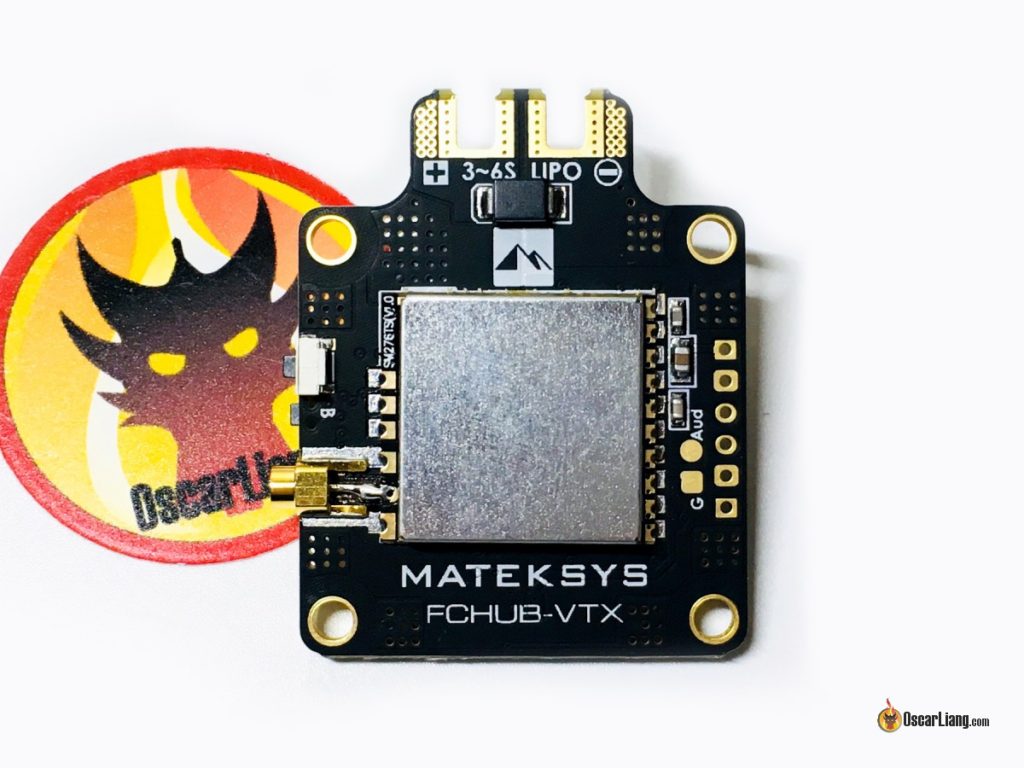 More info to come when I use it in a mini quad build.

I hooked up the matek f722-std and fchub vtx and got a good view but there are horizontal dashed lines everywhere. What I do wrong? Cap. used too.

Update the fonts in the OSD tab

I have this vtx and the HV version.
I use an external mic for audio output and on the vtx/pdb I can’t seem to find a place for audio in.
Is this even possible?

Did you figure this out ? I wanted to wire in my Runcam Eagle 2 Pro Mic, but I can’t find where!

There is one pad called “Aud”, at the back of the board. That should be the Audio Input.

I have a few issues with mine:
1. No pit mode. That’s a pretty huge PITA to me, since I prefer starting in pit mode and enabling full strength just prior to liftoff. Probably not a biggie if you’re not used to that, though.
2. The antenna connector sticking out where it does, since I’m using a race pod, and I’ve needed to remove quite a lot of material to fit the antenna. It’s not a huge issue, but it means the race pod loses some strength.
3. The current sensor is weird. I’ve needed to to stray quite a bit from the recommended value, and add some offset to get anything close to real values. One of my friend’s seems to sometimes be correct, and sometimes be WAYYY off, like 10 times the currrent. I’ve opted to switch to the ESC current sensor instead.

Other than that, it’s great, especially with the ribbon cable and an F405-OSD, and the built-in VTX, as I can make do with a two-layer stack and an FrSky R-XSR. 3 layers is a bit too much for the race pod.