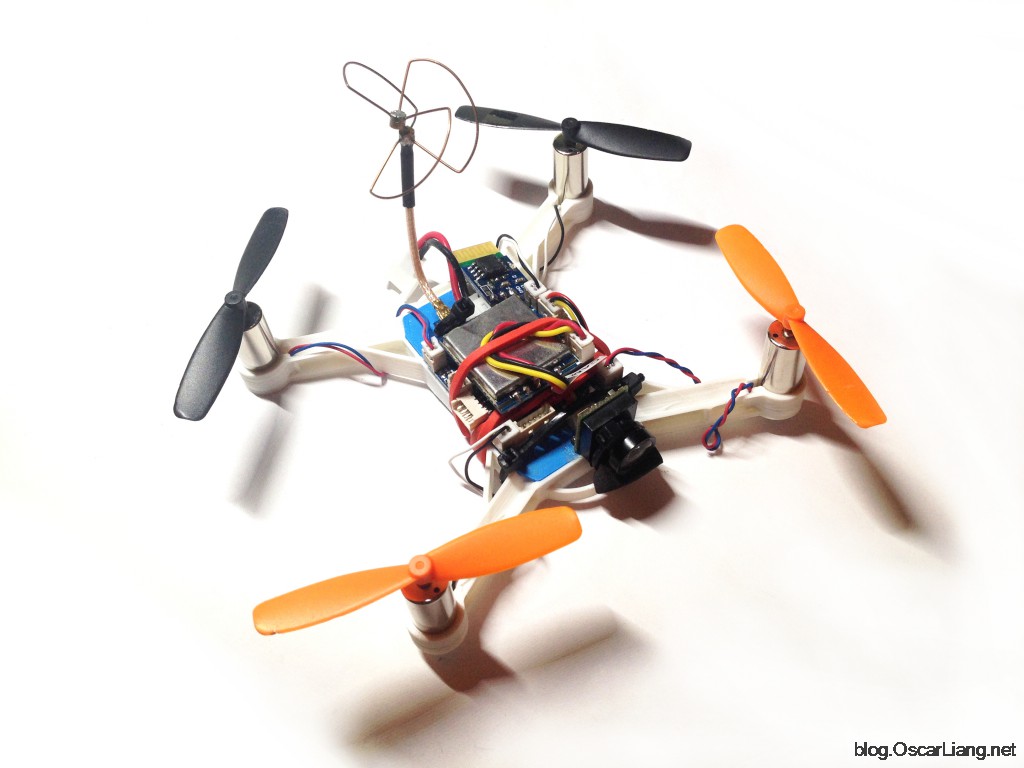 This time we are building a micro quad using MultiFlite’s Nano-B flight controller, and the Polycarbonate micro frame from Team JollyRC. I love the stackable modules, and this brushed FC can run RGB LED and buzzer.

The MultiFlite brushed flight controller is a 32-bit FC, designed for brushed micro multicopters. Here is a summary of the features: 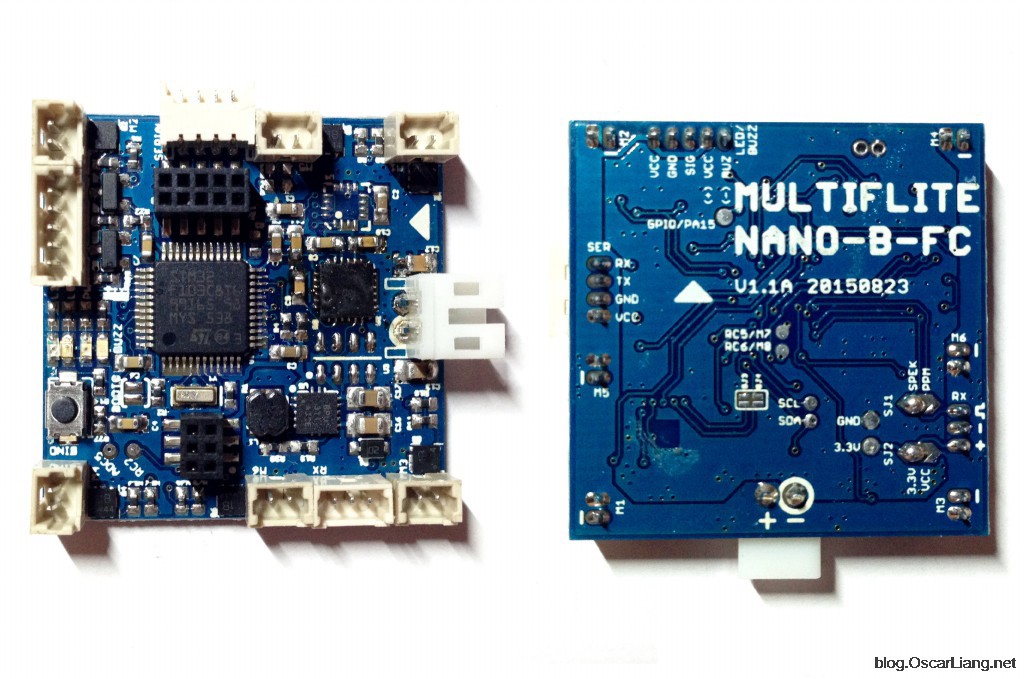 The board is pre-flashed with their own custom Cleanflight firmware. If you wish to upgrade firmware later on, it can be done easily with a FTDI programmer. 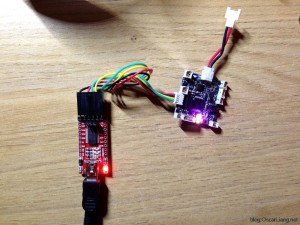 Here are the pin-out diagrams of the nano-B brushed board. 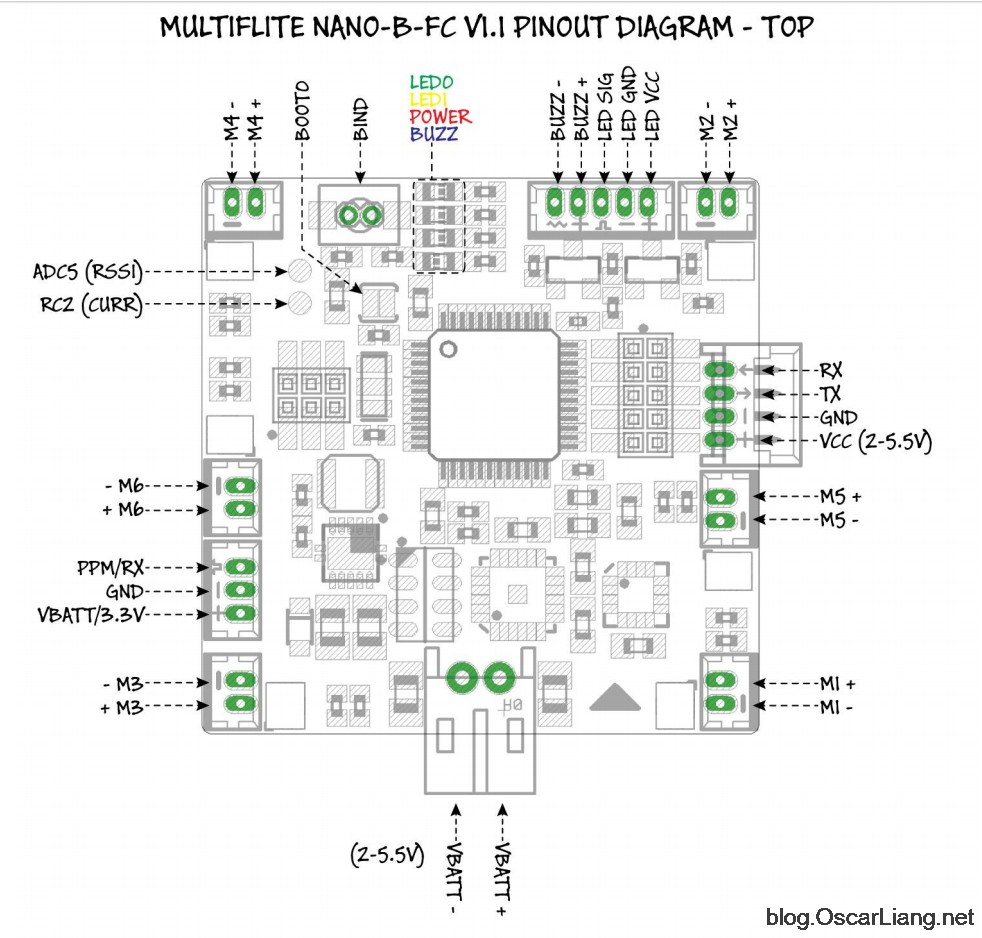 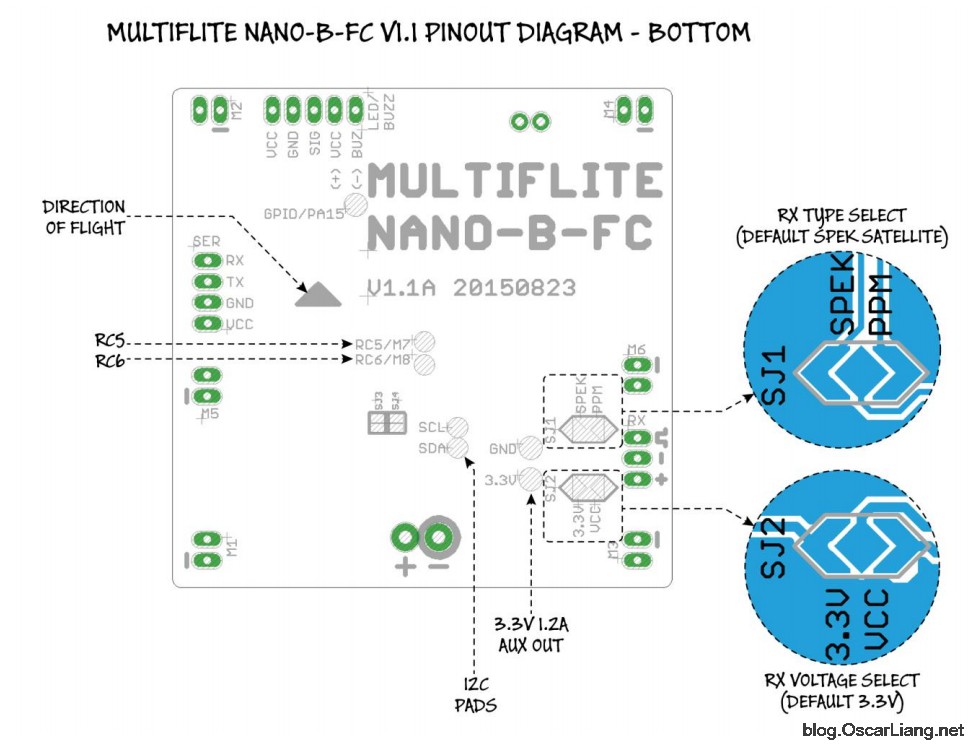 What’s truly special about the MultiFlite board, are the stackable modules! You can enable additional functionality by adding different expansion modules to the MultiFlite FC. 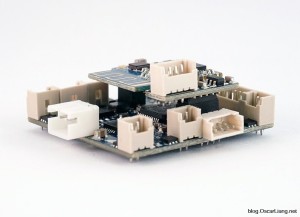 So far multiFlite has developed 2 expansion modules for the Nano-B FC: the video transmitter module (VTX) and the Bluetooth module.

It might or might not be exciting, because all the Bluetooth module does is only to allow you to change flight controller settings from your phone via BT, you cannot use it for steering or flight control. To me it’s not the most useful feature on a micro quad, because I don’t really change settings that often after the initial setup.

In my opinion the video transmitter module is brilliant! You can just plug it on top of the FC and it works out of the box. It’s powered by the FC, and I can confirm the power source is well filtered. I am not getting any noise at all even at full throttle on my quad. 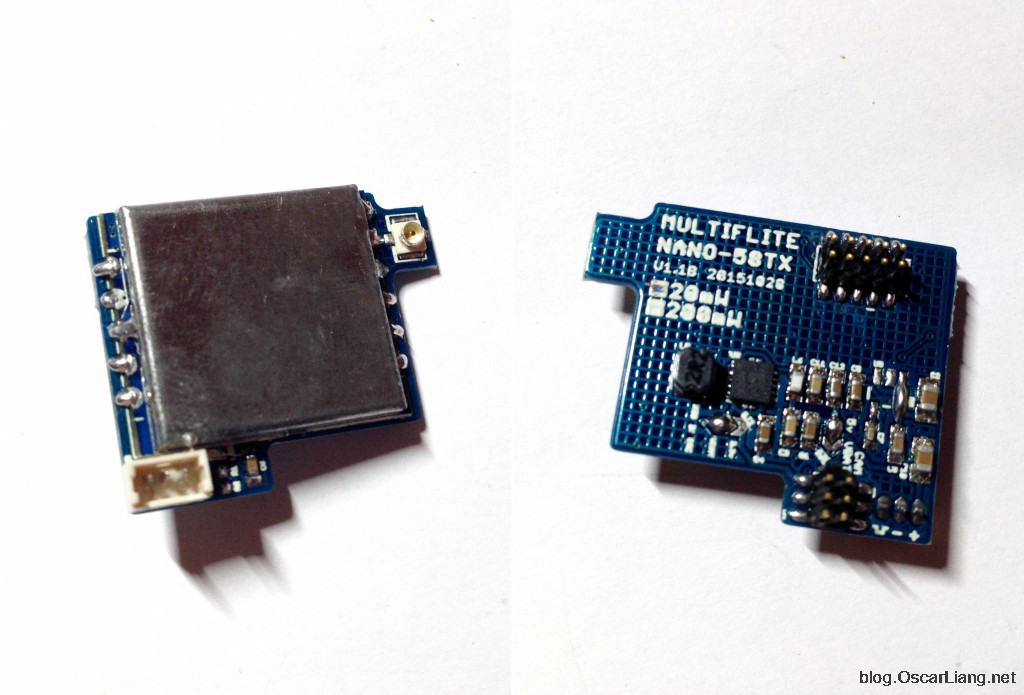 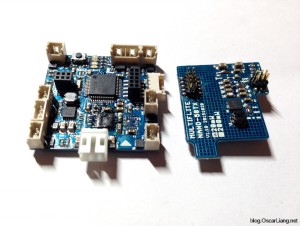 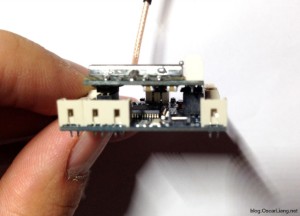 In the custom Cleanflight firmware made by multiFlite, there is a new feature called “VTX”. Once enabled, you will be able to change video frequency and channel in the CLI, using Cleanflight configurator.

Here is an example I am changing VTX channel to 2. It’s a very neat feature, but could be annoying to some, because you cannot do this without access to a computer. Hopefully they can come up with an easier solution, such as using an OSD menu and TX sticks (just like on the Vortex).

They also sell the 600TVL Mini FPV camera and mini 5.8Ghz Cloverleaf antenna. The camera is the same one from Banggood, but they soldered a JST connector for you for easier assembly (can be plugged directly into the VTX with a cable). 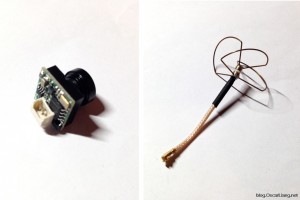 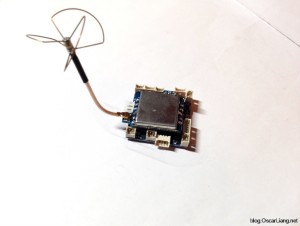 Support for RGB LED and Buzzer!

What’s also exciting is the support for RGB LED and Buzzer, that can be used to report low voltage. More importantly it could used as a lost model alarm, as I often lose my micro quad in long grass or under the sofa. There is a dedicated port for these devices, so you just need to solder them up like this.

Programming of the LED is exactly the same as on a regular size quad. 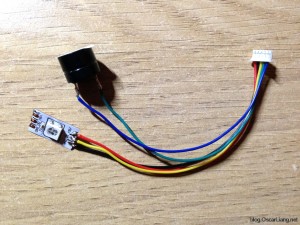 The whole setup is *nearly* soldering-free! The components from multiFlite (FC, VTX, FPV camera, motors) all have connectors built-in, so you just need to plug the cables in.

The only thing I had to do was changing the RX type by bridging the correct pads on the FC (from Spektrum Satellite to PPM). I would rather see these pads unsoldered, because changing the bridge on these tiny pads isn’t particularly fun to do, and it’s easy to over-heat and delaminate the coppers. 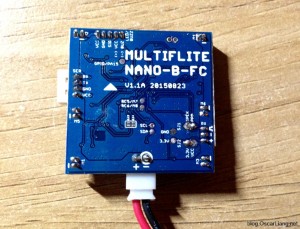 And I wish they offer radio receiver as well, that’s one of the things that is missing from their “complete” FPV micro quad package. So I am using a Micro Frsky RX from my previous build. 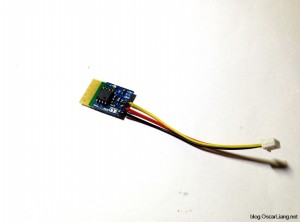 NOTE: DO NOT power the board with LiPo battery while the USB is connected to a computer. I did that accidentally and it burned the FC and VTX (VCC is connected to VBAT, this will be fixed in next version). It could potentially fry your computer mother board as well.

Also double check your battery / battery connector polarity although the board has reverse polarity protection.

The board has the same pin-out as the NAZE32, so in theory you can flash it as a NAZE32 FC. However the downsides of doing this are:

This is why it’s always recommended to use multiFlite’s custom firmware on their boards.

This is the first polycarbonate micro frame I have ever used on a micro multirotor. 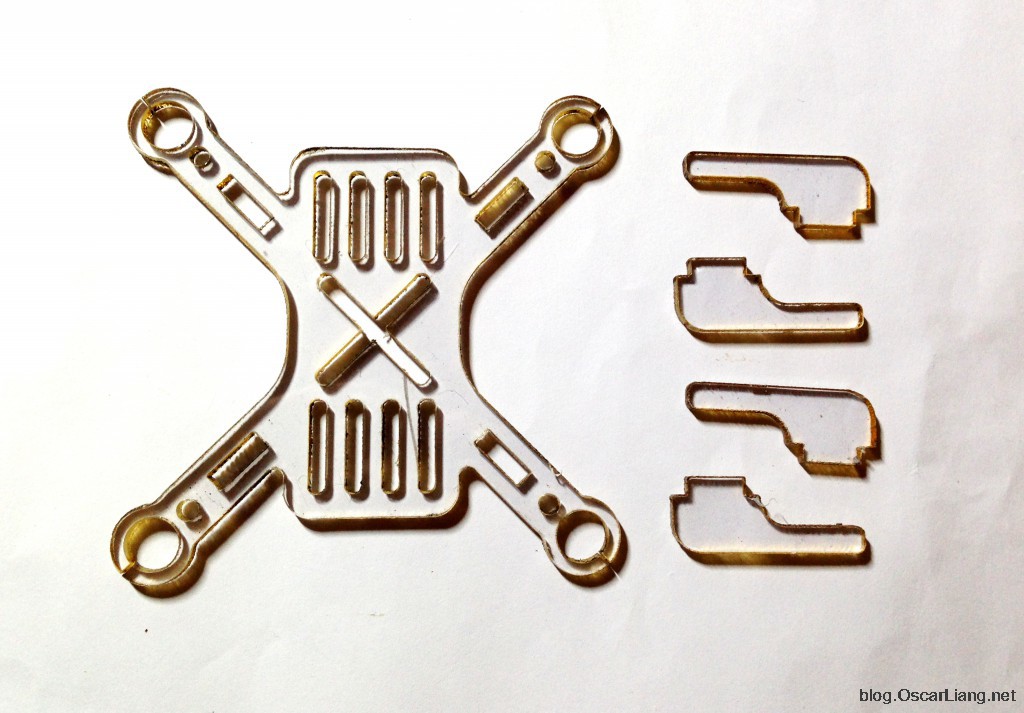 The frame appears to be tough and resistant to crash. Polycarbonate bends if you apply pressure on the arms, but it wasn’t enough to cause any oscillation problems during flights. 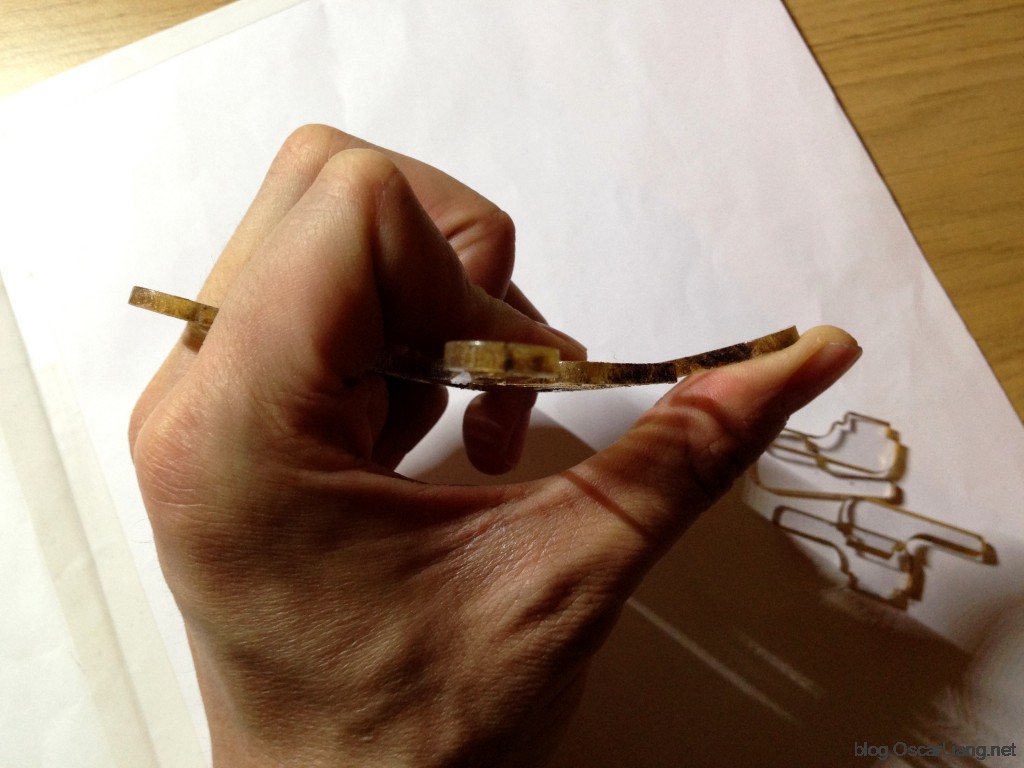 I first tried the Quanum Wisp Micro Frame from Hobbyking, but it was just unusable so I had to look for a different frame. Check here for my review and why it was bad. 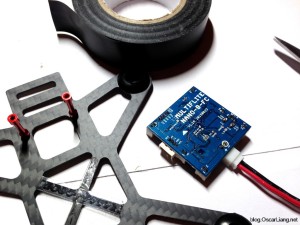 The total weight of the build is around 45g in the end excluding battery, which is not bad. To break it down: 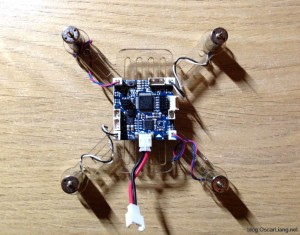 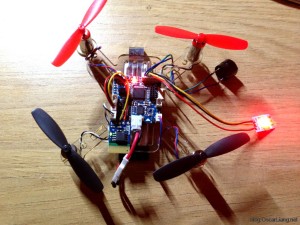 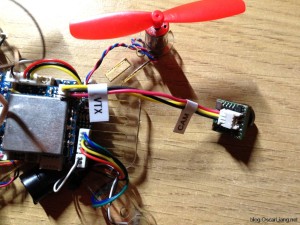 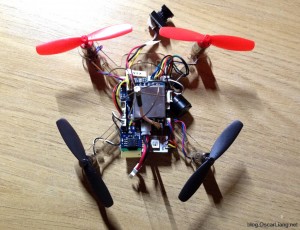 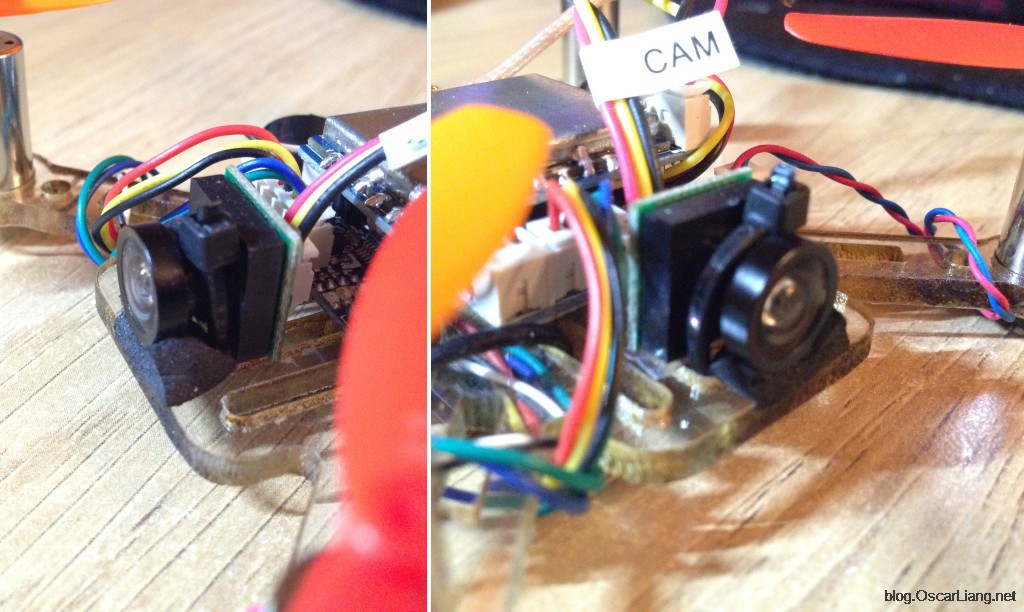 Thoughts After some Flights

The quad flies pretty well, stable and easy to control. The brushed motors from multiFlite are okay, but aren’t as powerful as the ones from MMW or Multirotor Superstore.

The multiFlite VTX works flawlessly, even better than the AltitudeRC 25mW VTX I have been using, which sometimes stops working when voltage drops below certain level (completely lost signal, and it comes back up after I land).

The whole FC + FPV setup is a bit on the heavy side, plus the average performing motors it doesn’t have the punch, and throttle feels less responsive than my other builds.

After a few crashes the polycarbonate frame gave up on me. Looks like the weak points are the motor mounts. I reported the problem back to the frame maker and they should make adjustments in the next batch hopefully. 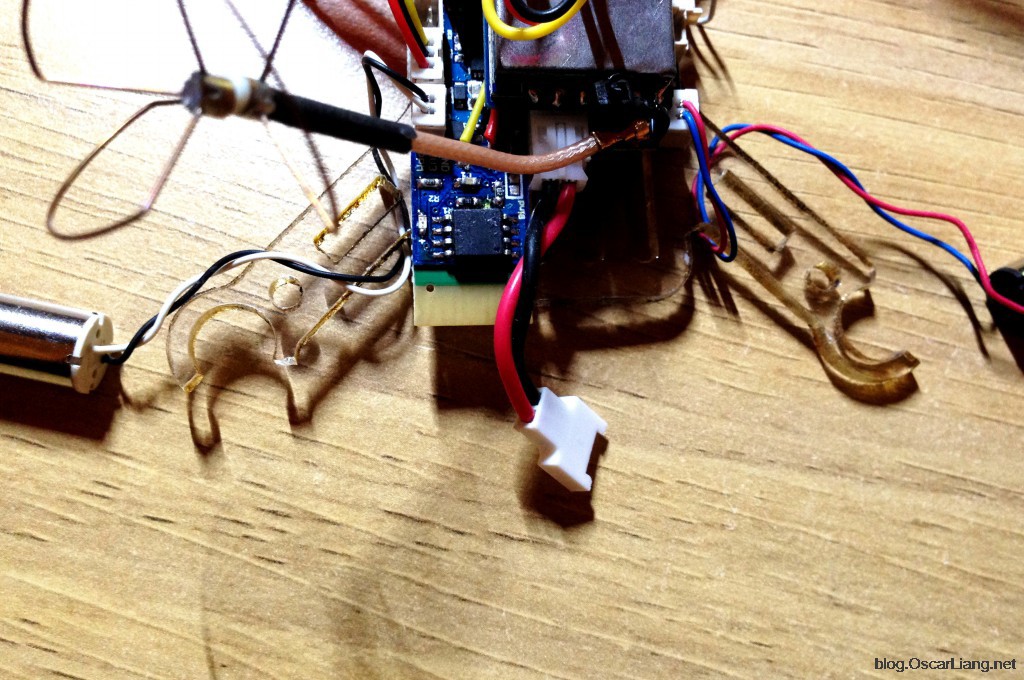 So I had to migrate everything to a 3D printed frame. 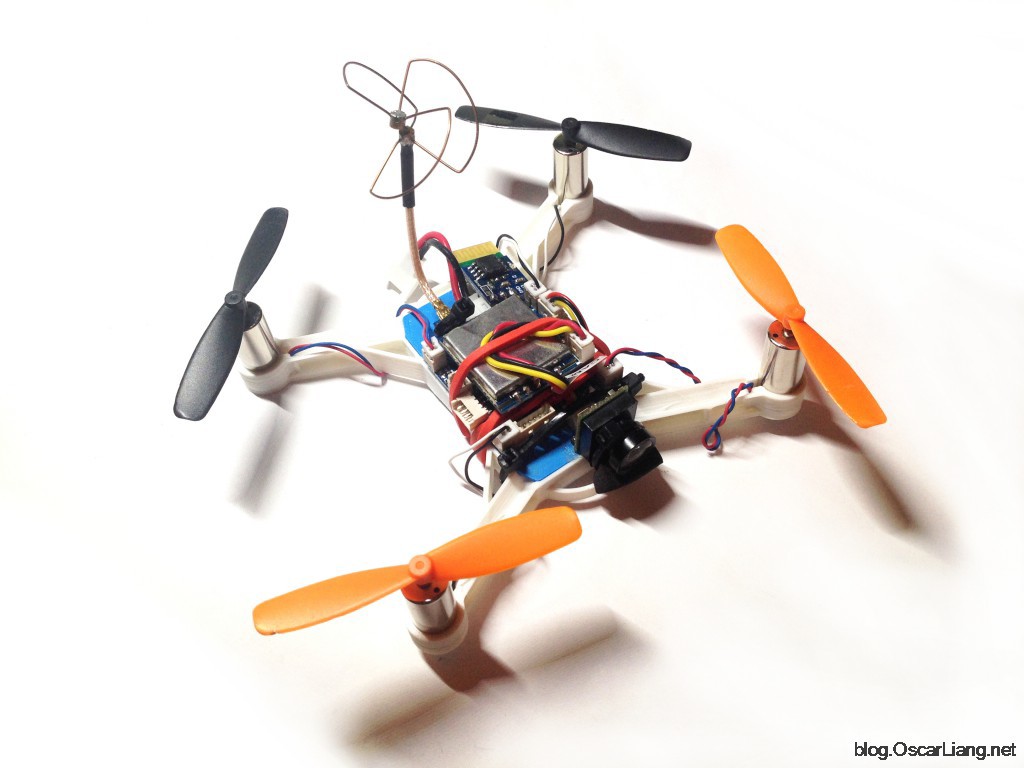 And this is my Cleanflight settings:

As we speak, multiFlite is developing more exciting micro quad stuff, including the OSD integrated VTX module, and an even smaller form factor FC board. I won’t leak out too much detail, just stay tune to our blog and forum for more awesome updates :)

I’m on the search for a FC that can work with flysky reciever (IBUS or PWM). The specs say: “upport RSSI PWM to Analog” but I’m not sure… Is this one supports it?

no that’s just a conversion feature for RSSI signal.
for what you want, just look at the pin-out of the board :) if they have raido pins like RC1, RC2, RC3.. then they are PWM pins for receiver

firstly could you check your sticks range are between 1000-2000 in Cleanflight GUI?

Any printed frames on Thingiverse we can use with this FCU?

thank you very much….
I take enough help from this website..
I am thinking made about the project of quad-copter.
so, thank you so much oscar………………

can this FC work with Taranis?

it depends on your RX, with the micro Frsky RX i am using, yes.