Race Wire for 4in1 ESC 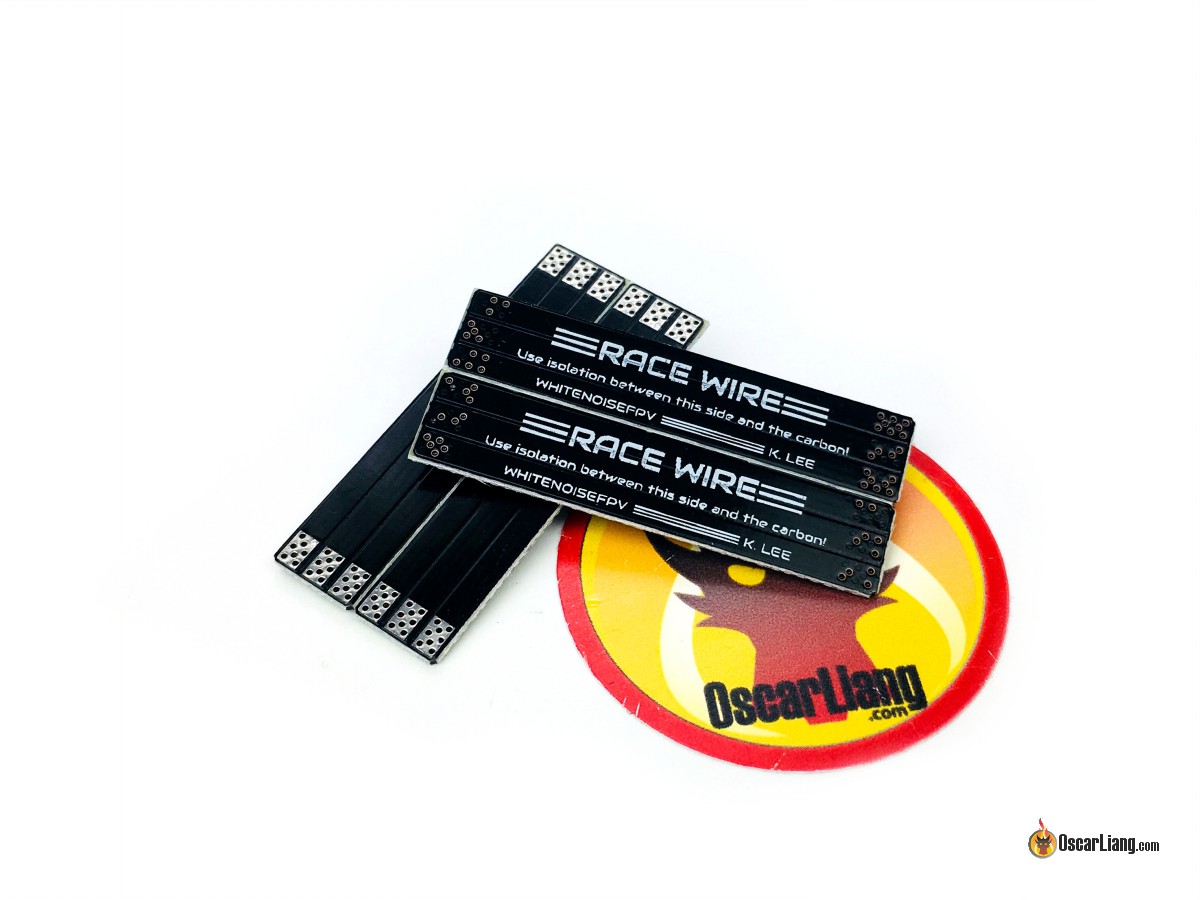 Race Wire is basically motor wire extension in the form of circuit board. At first glance, it’s only as useful as a piece of wire and many consider it as a gimmick to make money, while some say it’s a godsend for FPV racers. Let’s find out whether or not Race Wire is for you.

On each Race Wire, there are 3 trick copper traces in the long circuit board. It’s designed to be used between the motor and 4in1 ESC. 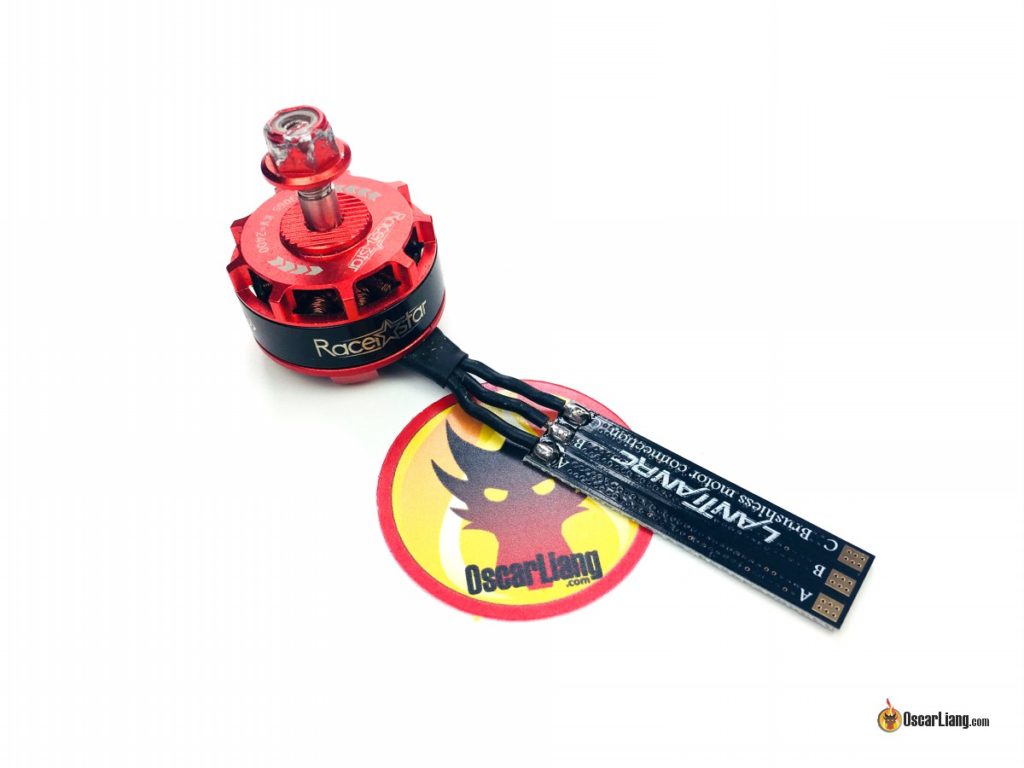 At first I was skeptical about Race Wire, but after using it a bit more I begin to understand why some drone racers endorse this product so much.

Further Reading: Check out other tools and spare part for building quadcopters. 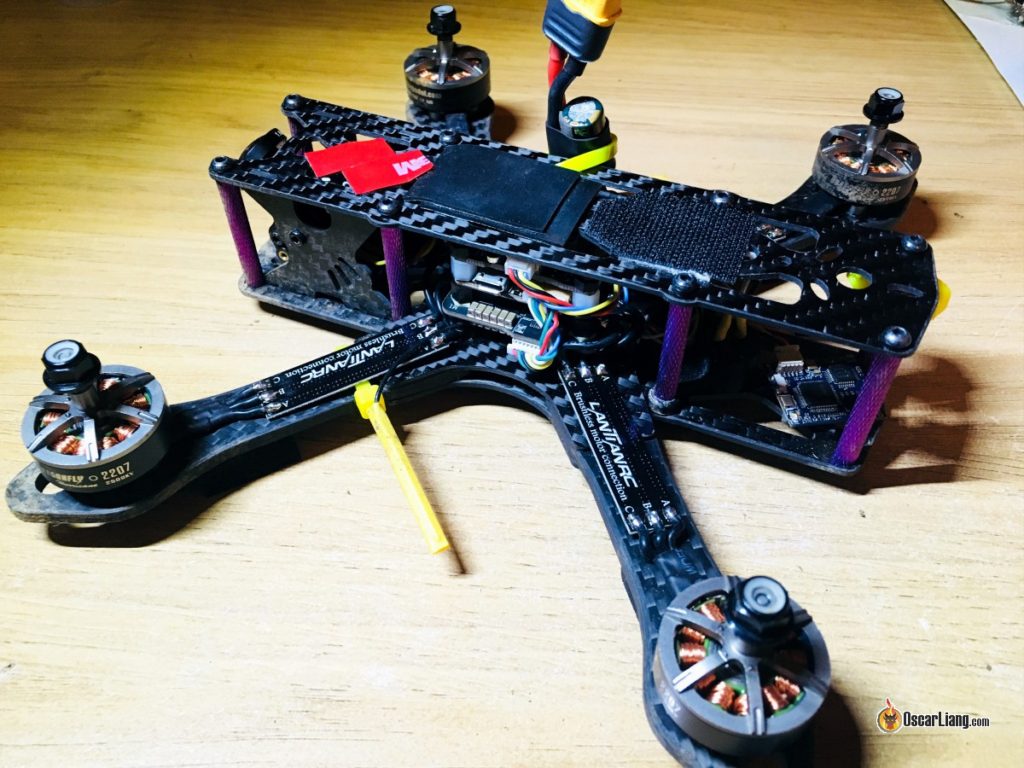 Is Race Wire for You?

When first setting it up, I really felt Race Wire was a stupid idea. To solder a motor to the 4in1 ESC, there should only be 3 solder joints. With a Race Wire, there are now 9 solder joints to do! 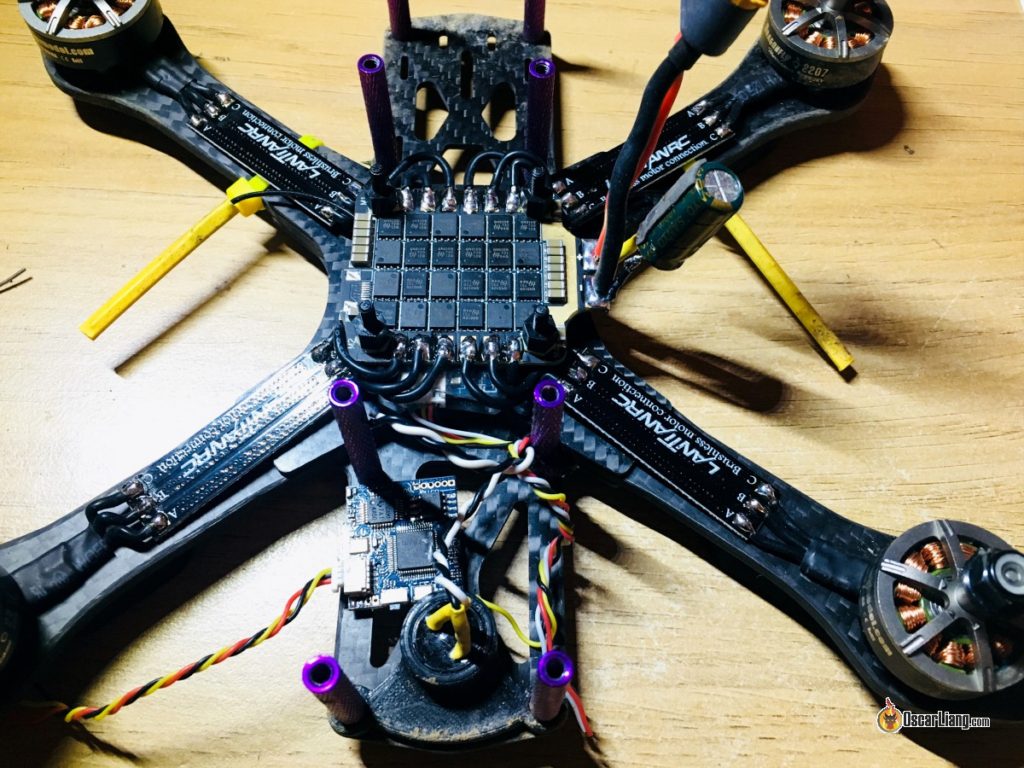 But when I was swapping out the motors later, it was so easy!

Especially with my build, the ESC solder pads are all hidden inside the frame. To access those pads I would have to take apart the frame and remove the flight controller. With Race Wire that isn’t a problem anymore because the solder joints are all located on the arms. It reminds me when I was using standalone ESC’s on the arms.

This is great for those who replace motors a lot, such as pro racers, and motor reviewers. For ordinary hobbyists, we don’t normally build enough quadcopters, or wreck enough motor to fully get the benefit of this product.

I guess there is a reason why it’s called “Race Wire”, because it’s created specially for drone racing.

Further Reading: How to choose ESC for Racing Drones

See this post to learn about motor wire LED boards.

Hello,
Is there a limit of amps to use a racewire or racewire w / leds ?, I read that the limit they support is 40amp but not all indicate it. Thank you

I wouldn’t worry about it for 5″ quad.

We used to use bullet connectors at the motor or people could make a solder joint at the wires, or they could go back to individual ecs’s. I see no point at all to these things.

Hey Oscar, should the race wire have continuity between all pads. Ive soldered all the pads an when I check a on one end to a, b or c, they all show continuity.

They shouldn’t before soldering. But after soldering to motor they will since the wires are connected inside the motor.

crying about cloning and having all your products developed and manufactured in china is getting tiresome.. keeping development and manufacturing in house and in country won’t stop cloning but it will slow it down.. but then that would take to much $$ out of companies profit margins. don’t forget the cloning also keeps the cost of the hobby down.. if left to do things the way they saw fit i can think of some american companies who would be charging a absolute fortune for their products by now.. make stuff at home and pay the extra costs or stop crying about it..

For this race wire to make more sense and be up front in the mind of hobbyists/racers it needs more variations, in every aspect, width, length, thickness, color(for those that need their being even though you never see it thru your goggles) etc.

Your ads have gotten out of control man. I’m getting popups that cause my browser to have a fit. Auto playing audio on alert windows, and offered for new cell phones.

You need to find a less scummy ad provider.

could you take a screenshot and send it to me next time?
The only ads provider I am using is Google Adsense at the moment and it shouldn’t do annoying audio ads.

Yeah, you definitely have malware. None of that stuff happens for me….to be honest, I don’t think I’ve ever even noticed an ad. Good luck!!

Support WhitenoiseFPV and buy this from his website or TBS. do not buy the knock off from banggood.

Guess what, Banggood came to me and offered me these products for a review, WhitenoiseFPV didn’t. I had to contact a 3rd party to get hold of their products.
Without Banggood, “Race Wire” would not have even appeared on my blog. WhitenoiseFPV is getting free exposure on my blog, and Banggood paid for it basically.
We all hate cloners, but sometimes the original companies are to blame. They ought to do more to promote their own products, do more adverts, get in touch with as many reviewers as they can, so there is no room for cloners to get any exposure.

And to be fair…..calling it cloning when it is a straight PCB trace is a bit of a stretch. I agree that cloning is bad and getting out of control but this is something so simplistic that at best it teeters on the “non-obvious” clause.