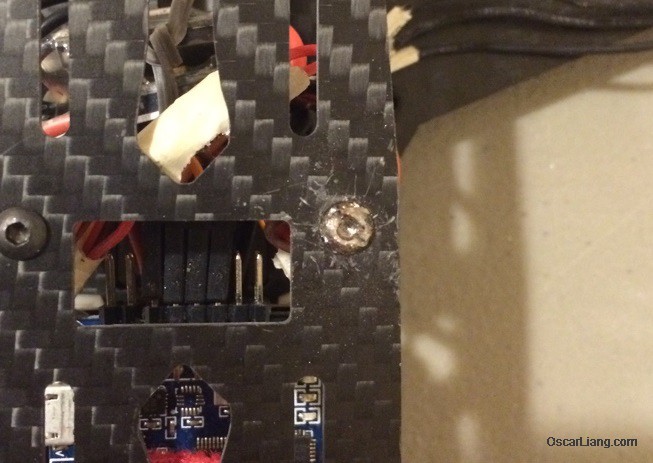 When building a quadcopter, it’s inevitable that we come across aluminium bolts and screws. Here I will share some of the methods to remove stripped aluminium screws.

Aluminium hardware is light weight but also easy to strip when apply too much torque or over tightening them.

It’s especially so when it comes to motor screws, as we normally use Loctite glue on the screw threads, and it takes additional torque to loosen them. I should have used Stainless Steel Socket screws in this case, but to save weight I chose aluminium hex screws and one of them stripped when I try to untighten it. 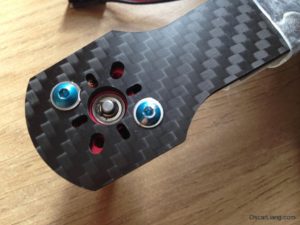 So I asked for help in my FB group and got some ideas how to remove it. People were super helpful and there were many suggestions. Idea 1 worked great for me but in case it doesn’t for you, you can try some other 5 methods.

Cut a flat notch on the screw head either using a Dremel tool or a small hand saw. Then use a flathead screwdriver to remove.

I didn’t have a dremel, so I used a old table meat knife and a file, to make a nice straight cut big enough for the flathead screwdriver. 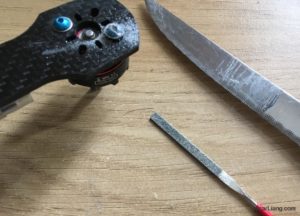 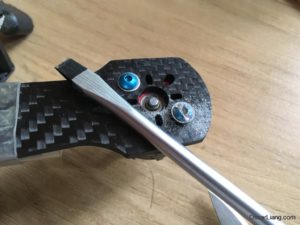 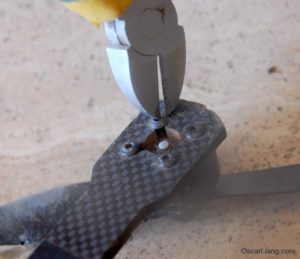 If only one of the screws is stripped, you can try removing all other screws first, then twist the motor out, it should work even with loctite.

Hammer a torx bit into it and undo gently.

Be sure to bag the motor up and leave only a small gap for the screw head, metal filings in motors is a real pain.

Take a wide rubber band, and put it in between the tool and the screw then presto. 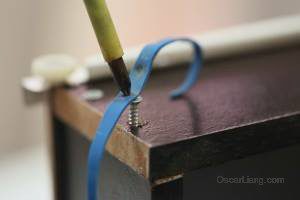 You can also use a metal file to shave both sides of the screw head, making two parallel flat surfaces that you can grab and twist with some pliers.

Awesome article Oscar, using idea #2 I was successfully able to remove the stripped out bell retaining nuts from some BrotherHobby 2206 Returner motors which were desperately in need of a cleaning after I got ferrous black-beach sand (a.k.a ironsand) into them! Thank you, I would have never thought about this!

thank for the many ideas on this post! I’m a drone builder and cane across this issue today. Not the fist time but the most critical time was at hand. After purchasing a few tools that had hopes or working didn’t. I wasn’t giving up.
I cane across this page, read all ideas. Number 1 stuck out like a beautiful blonde. I read the rest and tried idea 6 first. When that failed I pulled out the Dermel and DONE! This is the internet at it’s finest! Thank you once again for the post!!

I took the hex wrench and some two part epoxy and epoxied the wrench head into the stripped screw head. Boom!

Never use aluminium screws & nuts! Use stainless steel. Weight what you can save with aluminium is insignificant…

Actually using aluminium screws can save a significant amount of weight.
Even if the difference is in the ones or low tens of grams, any saving will give you better flight performance.
On quads, every gram counts!