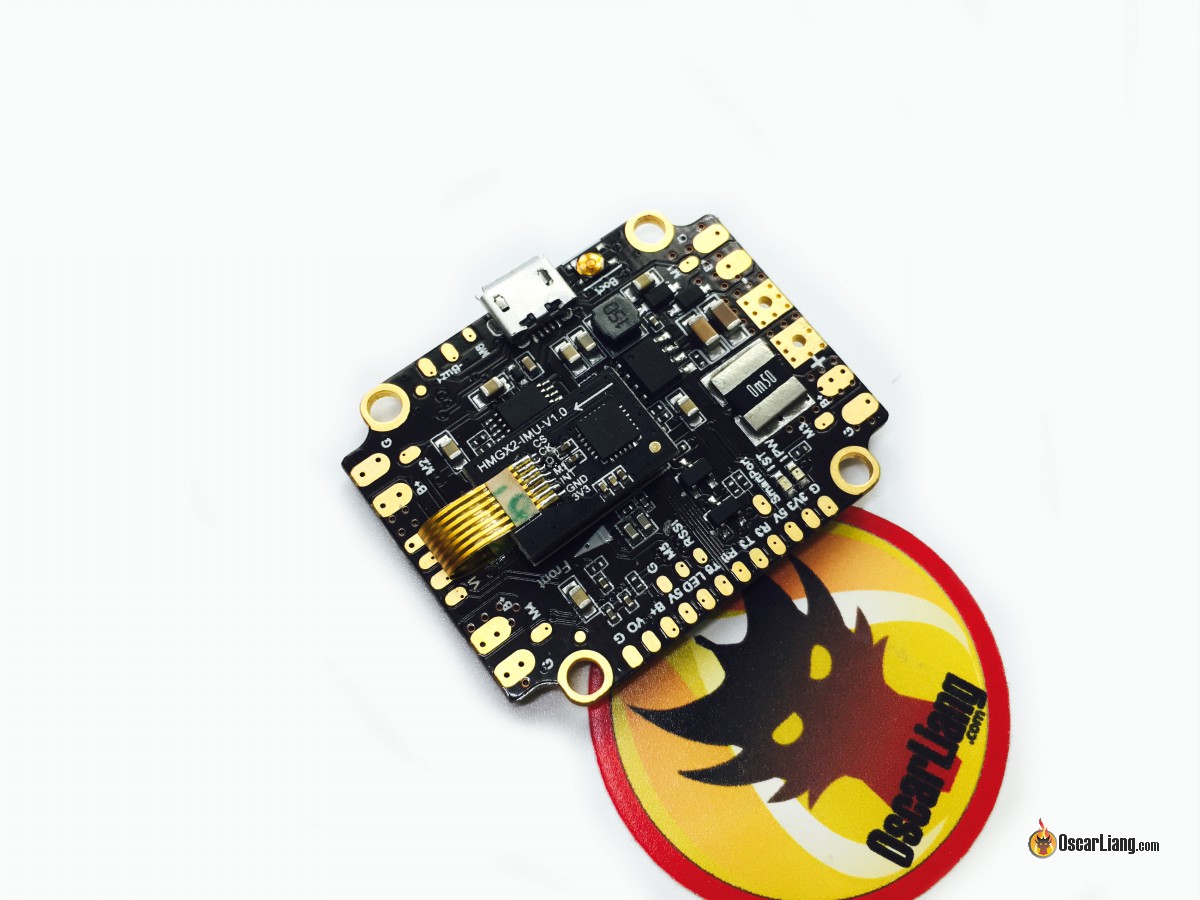 The Holybro Kakute F4 FC is an AIO flight controller with built-in power distribution and Betaflight OSD. In this review we will go though the features and test it on a mini quad.

The Kakute F4 is available from: GetFPV, Banggood, Amazon

Update (Sep 2018): Holybro released an F7 board and you might want to consider it over the F4.

Update (Jan 24 2018): you are looking at the Kakute F4 AIO V1. Holybro recently released the V2 and here are the changes.

After trying the Betaflight F3, I fell in love with “All-In-One” flight controllers. Only one single board in the whole quadcopter makes it so clean and easy to build and repair. Therefore I was particularly excited to testing the new Kakute F4 AIO FC from Holybro. Not to mention this is only my second F4 board surprisingly :)

To learn more about flight controllers, make sure to check out my guide on mini quad FC. 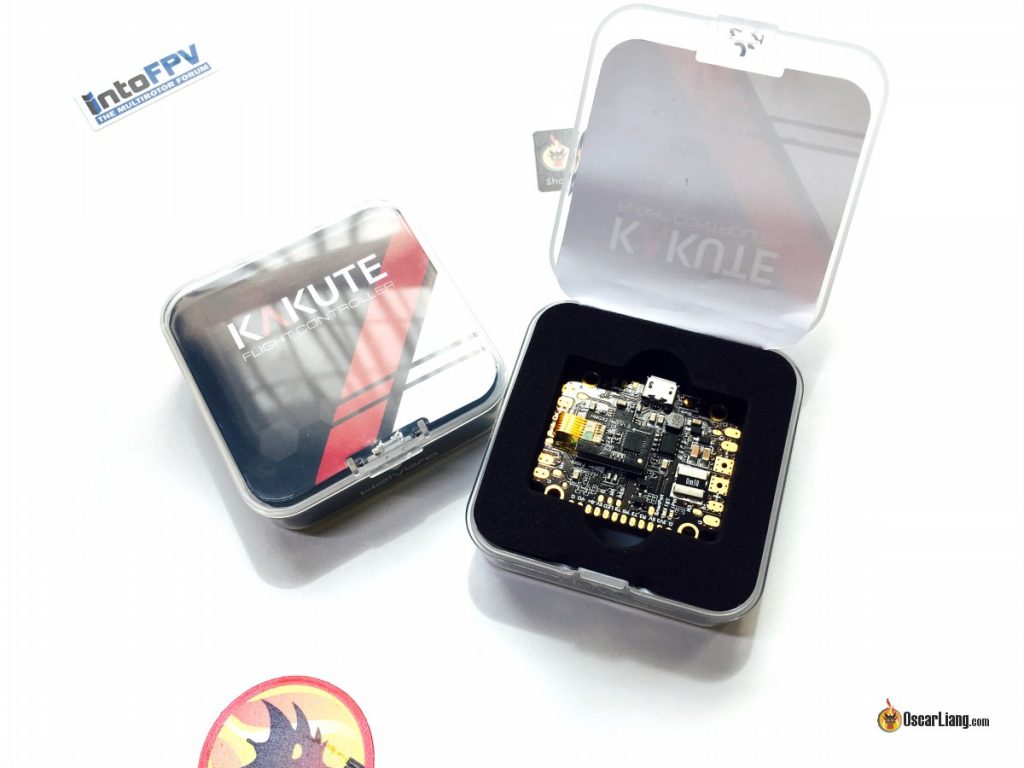 What is special about the Holybro Kakute F4 AIO FC?

The first thing that caught my eyes was the Gyro sensor. 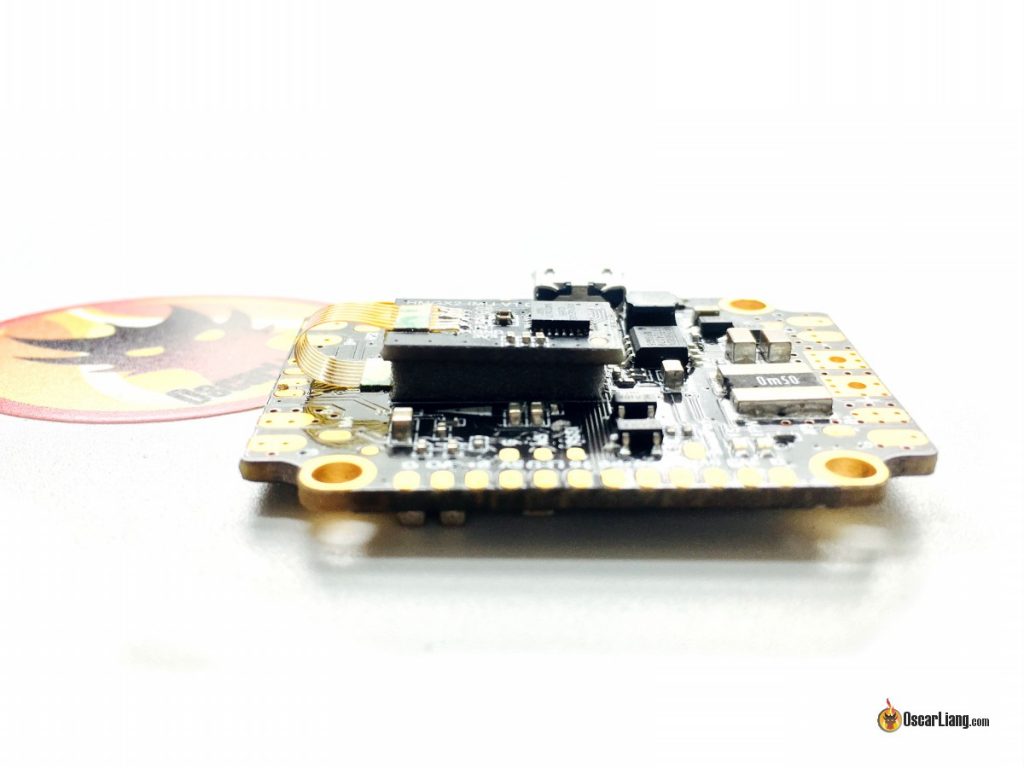 This is the first “mini quad flight controller” that has a “soft mounted” IMU, so we don’t need to soft mount our FC or motors. 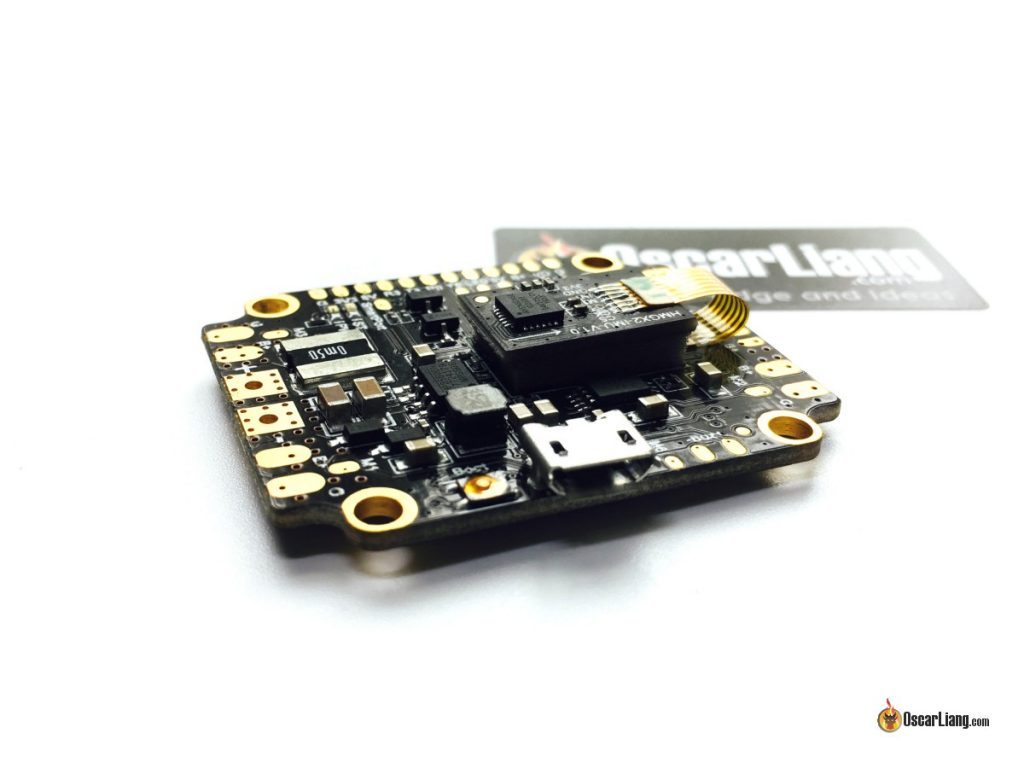 On the Kakute, the IMU is a separate module which is mounted on foam and it’s connected to the main board with a ribbon cable. The cable appears to be pretty fragile, I think extra protection might be required to keep it safe from crashes. Anyway they have included an extra ribbon and more soft mounting foam tape in the package just in case.

Another concern I have is the effectiveness of the vibration damping due to the light weight of the IMU module. Only tests will tell. 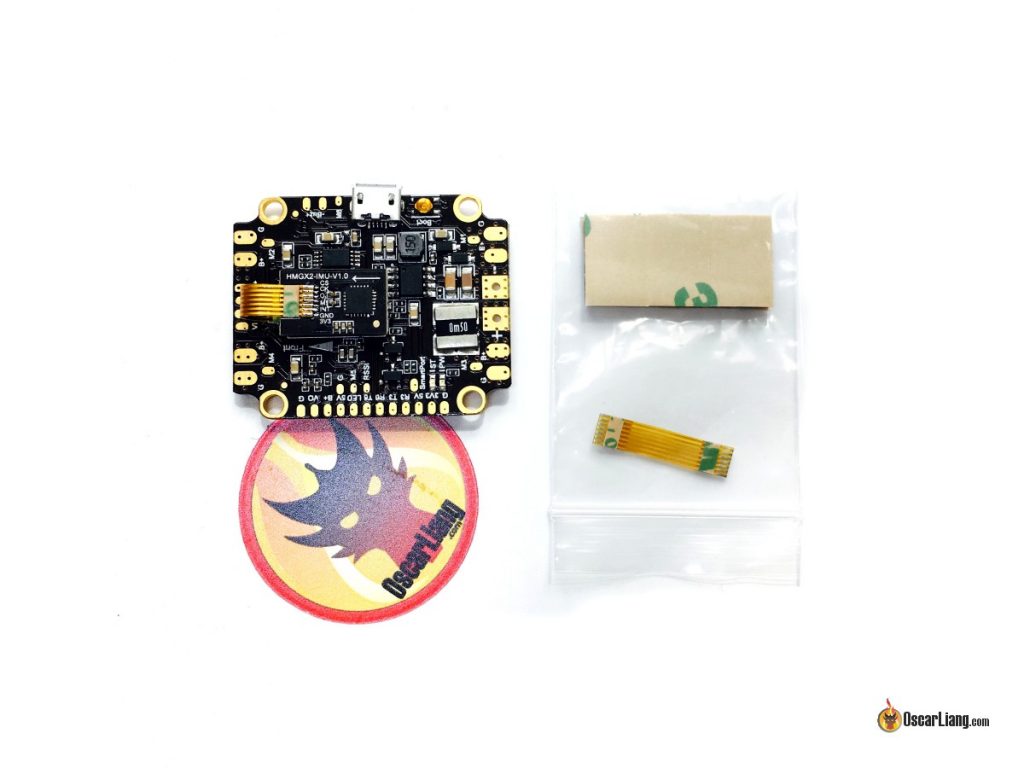 The IMU is not the MPU6000 that we see a lot on other FC’s, but a high performance Invensense ICM20689 which is capable of running at 32KHz sampling rate. Not exactly the same but similar to the one on the Raceflight Revolt V2. Right now it probably doesn’t mean much in Betaflight, but if in the future they decide to go with faster Gyro sampling frequency the Kakute F4 would be ready for it.

Apart from the Gyro, the Kakute basically has the same capability as the Betaflight F3 FC, including Betaflight OSD and PDB. The OSD allows the pilot to change settings and PID using sticks through the OSD. You can even change VTX settings/channel/power if you have the Tramp or Unify Pro.

This guide shows you how to setup betaflight OSD.

Spec of the Kakute FC

Here is a full list of specification of the Holybro Kakute F4 FC.

Holybro made a F3 AIO FC back in Oct/Nov 2016, and this F4 AIO is an upgrade of that so we can expect it to be a fairly mature product with the experience they had previously. 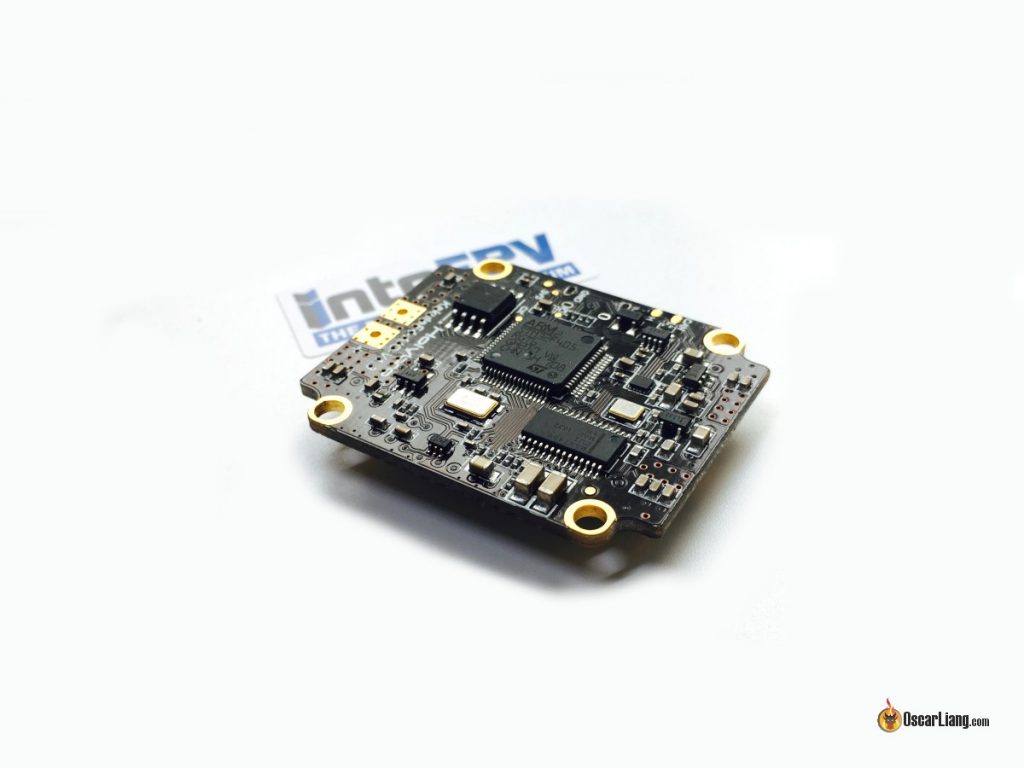 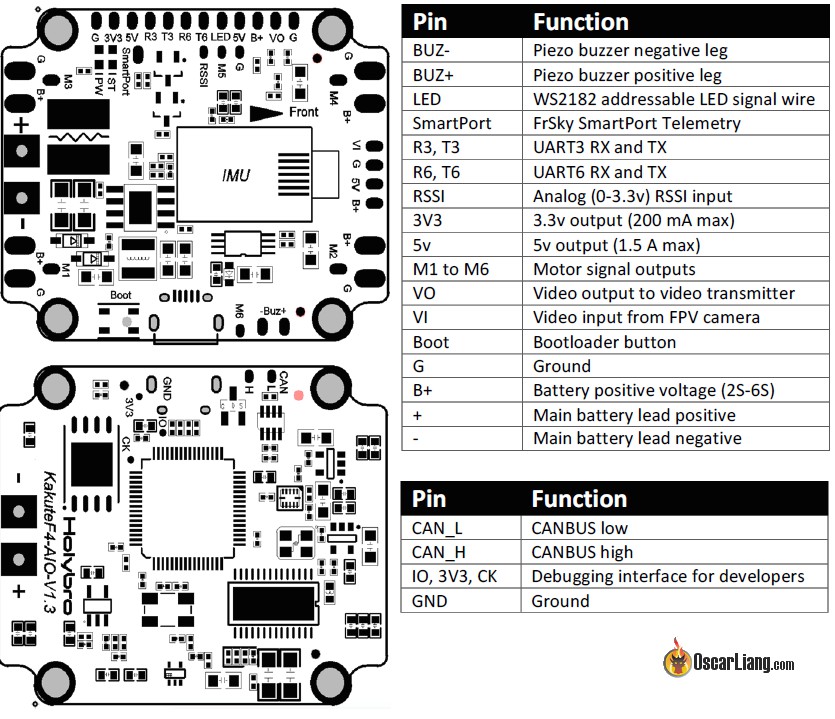 Build quality looks good, the only thing I notice is the current sensor which is soldered on with a slight angle. I checked online for a few other reviews and it appears to be the same in their boards. 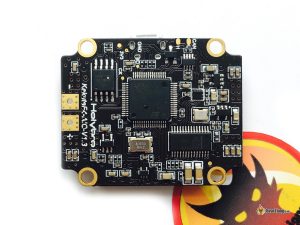 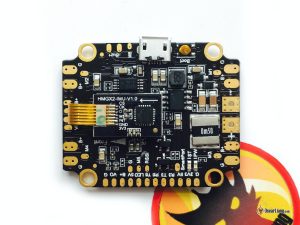 The flight controller was plug-and-play for me when connecting to my computer (Windows 10), driver installed automatically as I plugged in the USB cable. The Kakute F4 is pre-loaded with April version of Betaflight V3.20. If you want to use “Dynamic Filter” you will need to update to a newer version of BF3.2. I also had to fix the DFU driver issue when flashing.

Although this is an AIO board with many features, it doesn’t looks that massive in size compared to other basic flight controllers, such as the Naze32 in this example. 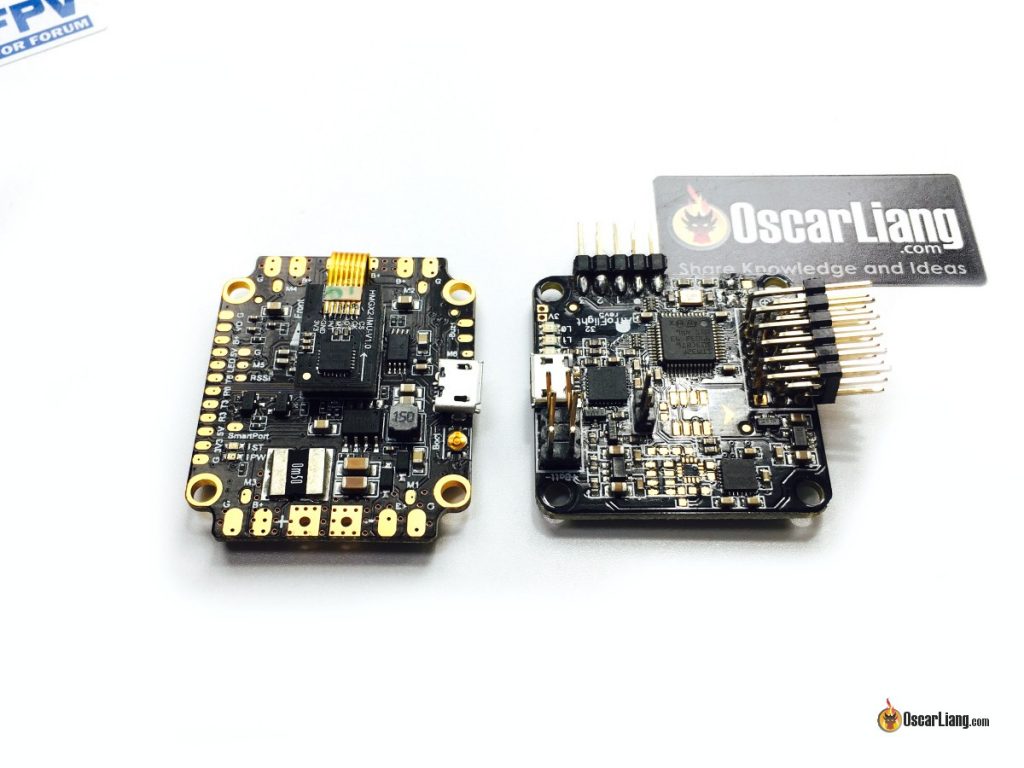 Build and testing, and more feedback 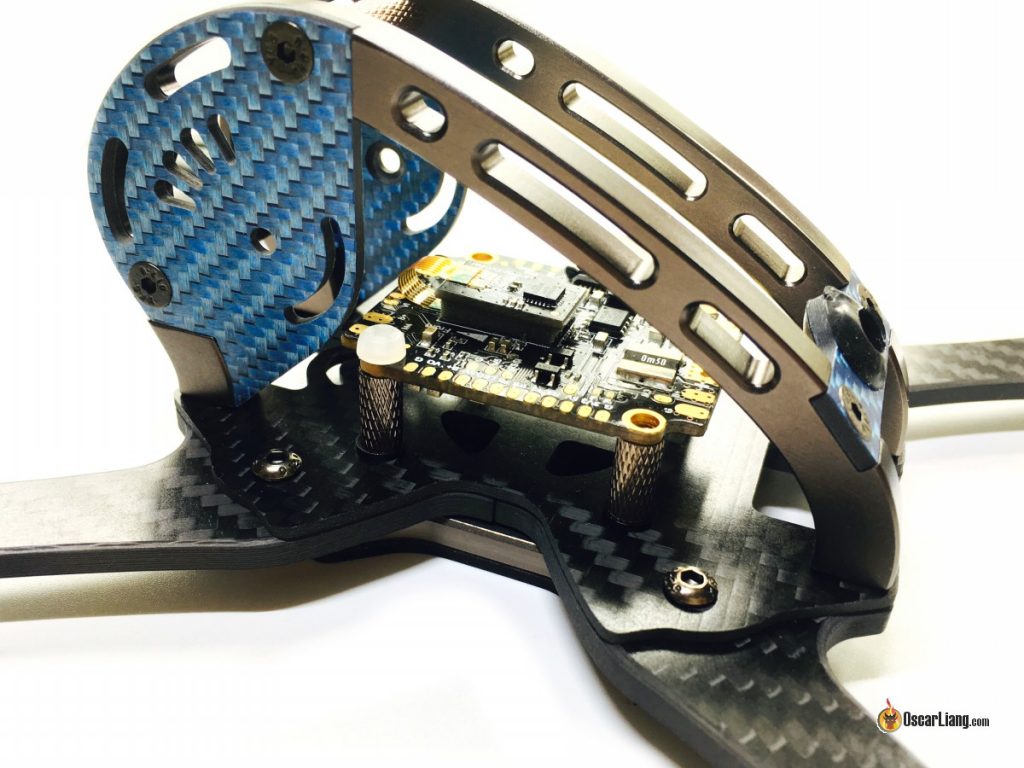 I used this FC in the GEPRC LSX5 build.

I Too have had A buzzer pad come off very easily, and I have a lot of soldering experience. also half of one of the signal pads came off too easily but luckily it still works. other than the weak pads, I love the product. I’ve emailed them with no response.

I just installed mine a week ago. About 10 pack in when the video pad dettached. I was able to reattach the pad but am not sure how well. I put hot glue over the video pads to help hold them in place. I really don’t know how long it is going to last….

Then you emailed the wrong person because Arthur is the man. He expressed shipped stuff from Hong Kong to the us and I got it in 3-5 days. That’s customer service.

Today solder pad of the signal RX wire came loose and fell off. Lucky me I detected this while inspecting the quad. One of the buzzer pads is loose already too. After just 10 flights without crashes this is a nogo! Blackbox is recognized one out of 20 times I connect the FC to the configurator. I’m not happy with it even if the flight performance is very good. Imagine the signal wire became loose mid air…

I’ve just made my first Mini Quad 2 days ago and I opted to use the Kakute and actually used the none stretched version of that frame so it’s quite cool to see that I wasn’t the only one to use that combo.

By using that FC it meant I didn’t have to use the included PDB so I managed to fit my receiver under the FC which I believe you did too. Was a PITA to bind but once that was done it’s tooked away underneath. Only issue I had was that because the IMU on the Kakute is so high it mean the top plate of carbon for the stack was touching it so I used the washers that were originally for the PDB to raise the carbon just enough to clear the IMU and mounted the VTX on top.

So far I’m pretty happy with it and it seems very stable.

Sounds like you may have a short or a missing ground or your using straight battery voltage to your camera, but a bad ground would send ripples through your whole setup depending on what it was grounding out on.

Now I’m confused. In the manual it says on page 1: PPM input is shared with UART6 RX pad for simple receiver installation regardless of type.

But it also says on page 6: You cannot use a PPM or PWM receiver with the Kakute F4 AIO.

Now which one is it?

could you check the latest manual? There has been a few revisions since the board came out.
I don’t think PPM is supported with this board.

The latest Betaflight GUI has a 32kHz option but you need to use the Repo version from https://github.com/betaflight/betaflight-configurator#alternative-way
In 3.17 Firmware to enable 32kHz mode use CLI setting gyro_use_32khz = ON. (Configurator will not display correct speed until the next configurator update, but you will see the real cycletime).

thank you :) the way they are hiding it from the GUI kind of tells me that they are unsure about 32Khz still :)

The manual has been updated to 1.5A but not all sites have the updated manual. 1.5A is the correct current rating.