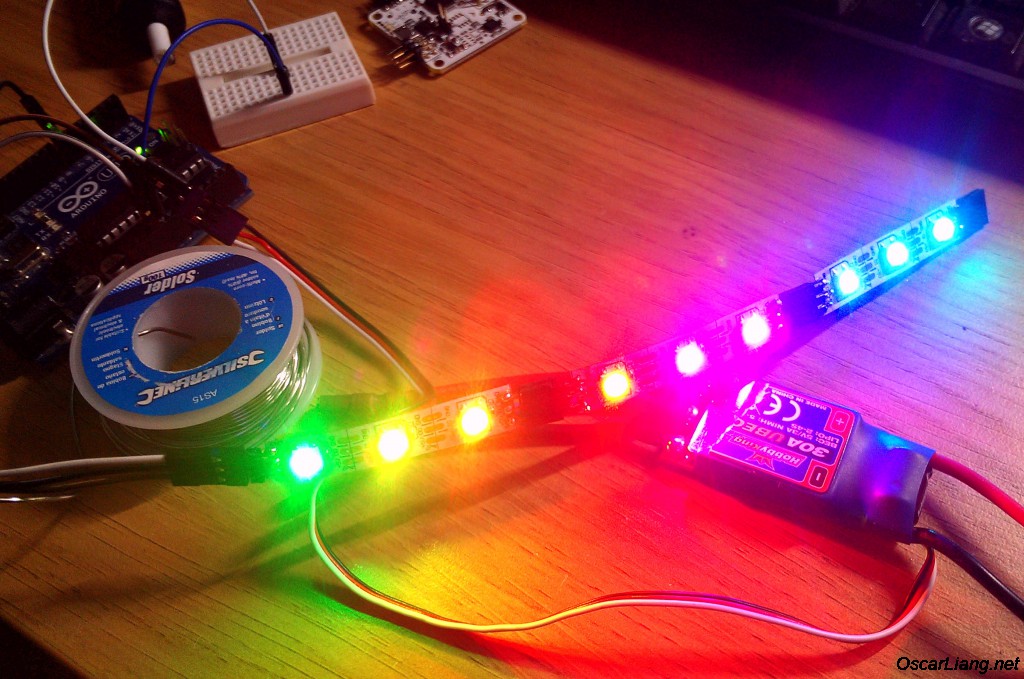 In this tutorial, you will learn how to use a RGB LED with Arduino.

What is a RGB LED?

With an RGB (Red Green Blue) LED you’ll be able to produce any colour that is flashing everyone’s eyes. At first glance, RGB LEDs look just like regular LEDs, however, inside the usual LED package, there are actually three LEDs, one red, one green and yes, one blue. By controlling the brightness of each of the individual LEDs you can mix pretty much any color you want. 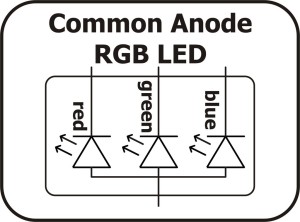 To Learn about the basic LED usage practice, read here.

At first using an RGB LED with Arduino seems quite complex, but it quite quickly becomes clear that its no more difficult than controlling one of their single colour counter parts.

We mix colors just like you would mix audio with a ‘mixing board’ or paint on a palette – by adjusting the brightness of each of the three LEDs. The hard way to do this would  be to use different value resistors (or variable resistors) as we played with in lesson 2. That’s a lot of work! Fortunately for us, the Arduino has an analogWrite function that you can use with pins marked with a ~ to output a variable amount of power to the appropriate LEDs.

Required Parts for this Tutorial:

How to Connect RGB LED with Arduino

For testing purposes, check your LED datasheet for its pin-out or below are the two most common RGB LED form factors and pin-outs. The following is an example: 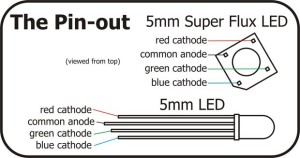 Wire up the Test Schematic (below)

Each LED inside the package requires its own resistor to prevent too much current flowing through it. The three positive leads of the LEDs (one red, one green and one blue) are connected to Arduino output pins using these resistors. 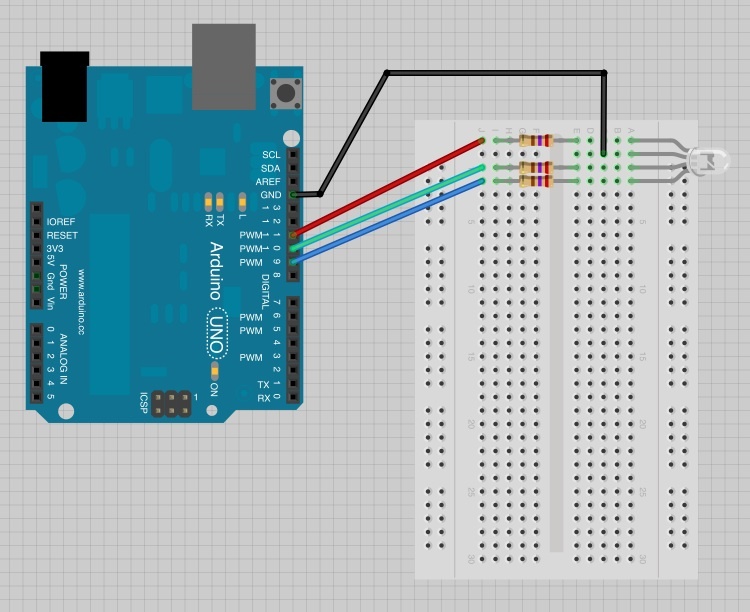 Why Can the RGB LEDs Change Colour 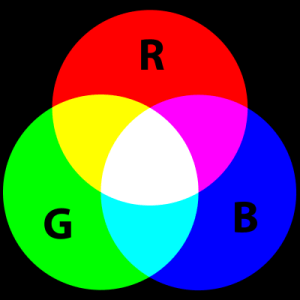 We can control the brightness of each of the red, green and blue parts of the LED separately, making it possible to mix any color we like.

The following test sketch will cycle through the colors red, green, blue, yellow, purple, and aqua. These colors being some of the standard Internet colors.

Notice the essence here is the setColor function

This function takes three arguments, one for the brightness of the red, green and blue LEDs. In each case the number will be in the range 0 to 255. Where 0 means off and 255 means maximum brightness. The function then calls ‘analogWrite’ to set the brightness of each LED.

If you have ever build a website, you might have come across HTML color which are defined by hexadecimal notation (HEX). For example

The red, green and blue parts of indigo are (in hex) 4B, 00 and 82 respectively. We can plug those into the ‘setColor’ function like this:

We have used hex numbers for the three parts of the color by putting ‘0x’ in front of them.

Theory Behind (not necessary, only if you feel interested)

Pulse Width Modulation (or PWM) is a technique for controlling power. We also use it here to control the brightness of each of the LEDs. PWM is so widely used in electronics you probably have seen it else where, for example, it is used in controlling servos, DC Voltage Converter etc.

See below picture for the signal from one of the PWM. 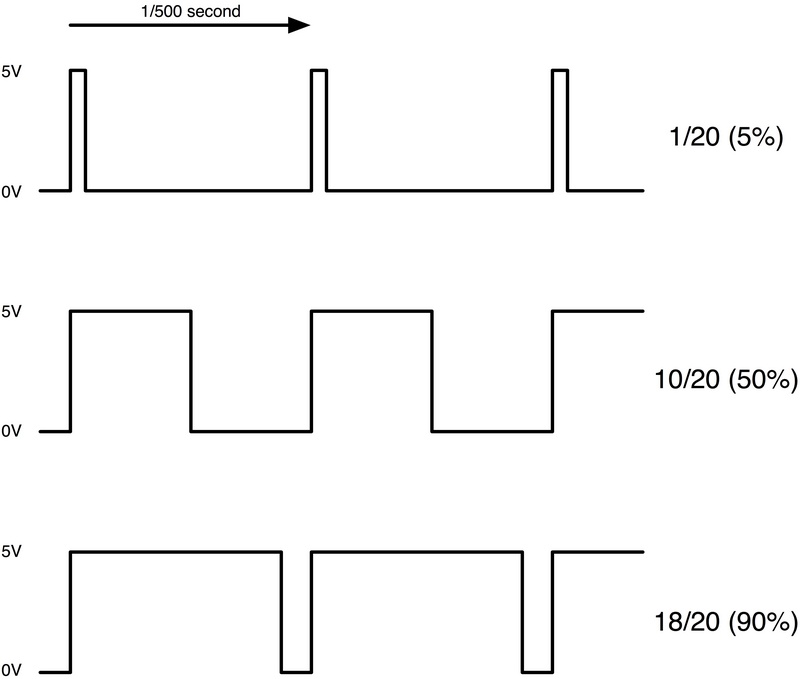 If we specify a value in the analogWrite that is somewhere in between 0 and 255 then we will produce a pulse. If the output pulse is only high for 5% of the time then whatever we are driving will only receive 5% of full power.

If however the output is at 5V for 90% of the time then the load will get 90% of the power delivered to it. We cannot see the LEDs turning on and off at that speed, so to us, it just looks like the brightness is changing.

You can check out Wikipedia for more info: http://en.wikipedia.org/wiki/Pulse-width_modulation

Just curious but is there a reason why you need to use analogWrite instead of digitalWrite ? Does this have to do with the different brightness levels supplied by the R/G/B which a digitalWrite is unable to do…

So the code is for C++? I tried to put it into the Arduino window that says sketch at the top and then press update. So how do I actually do this?

Thank you! I found just what I needed in this thorough tutorial.

PS: Maybe is inappropriate call anode the pin longer only because is longer! ;)

Common anode must go to +5V not earth

Yes,
This schema and this code is for common cathode, but it’s works.

Anode must connect to 5v!
And reverse have no sense.. that it work’s does not mean that it works well!

A part of this thank’s for the tutorial! :)