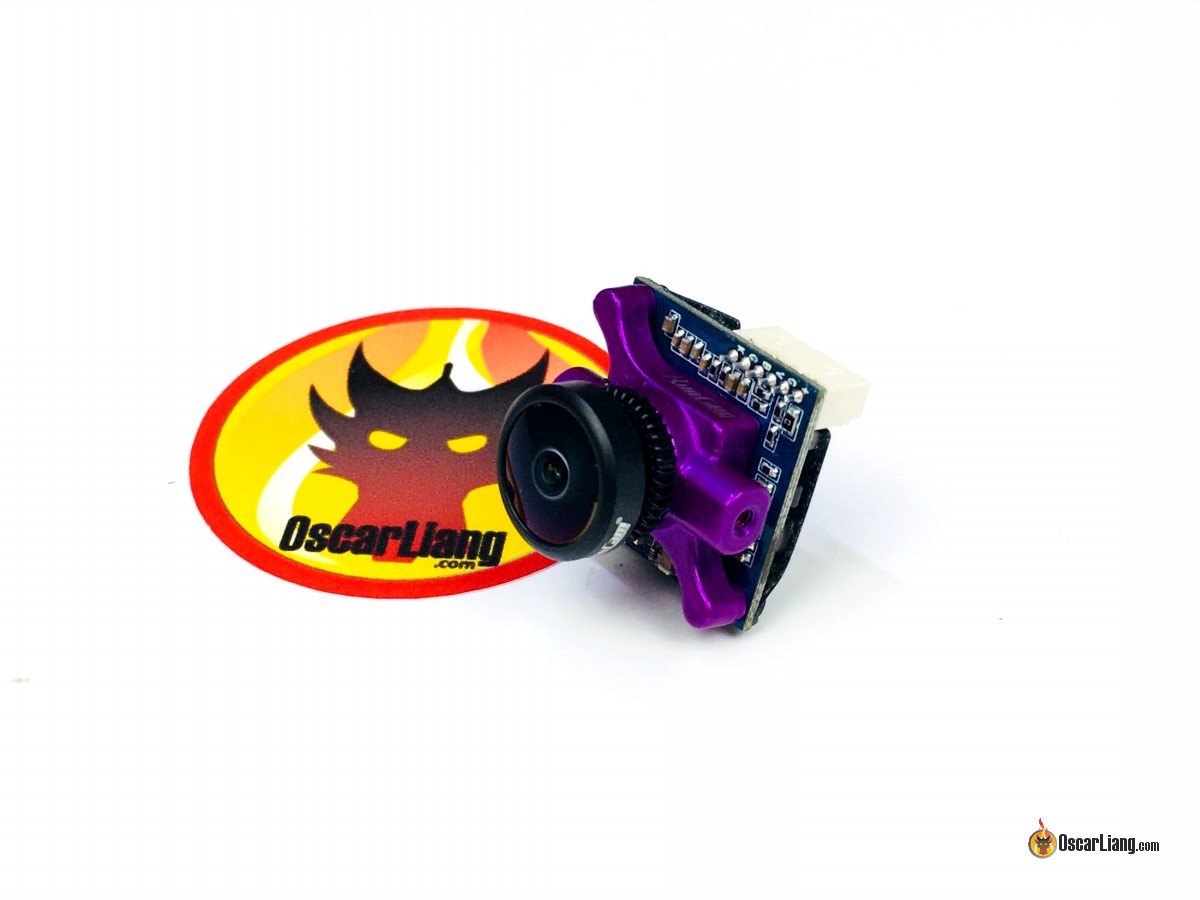 Runcam is releasing yet another FPV camera, this time, the Micro Sparrow V2! I am actually quite excited about this one because it seems to provide nearly the same performance as the Foxeer Predator, but the extra image settings make it a better camera.

The Runcam Micro Sparrow 2 is now available at Banggood.com

Further Reading: To learn more about FPV cameras make sure to check out our beginners’ guide. 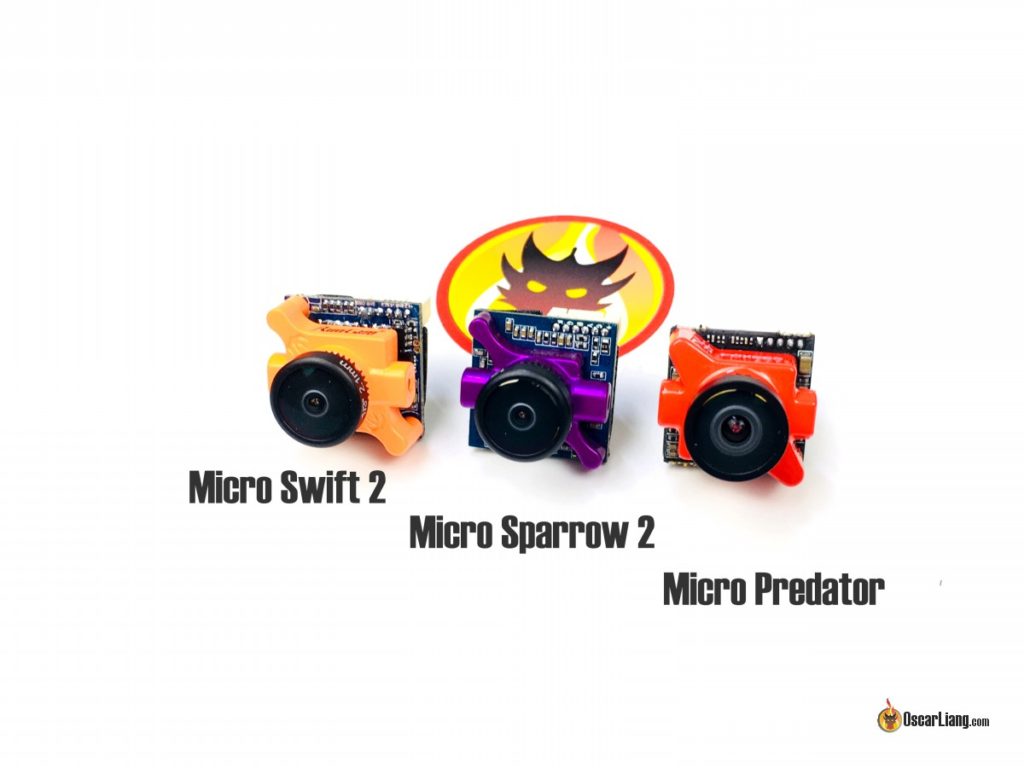 Size comparison between Micro Swift 2, Micro Predator and the Sparrow 2

Closer Look at the Micro Sparrow 2 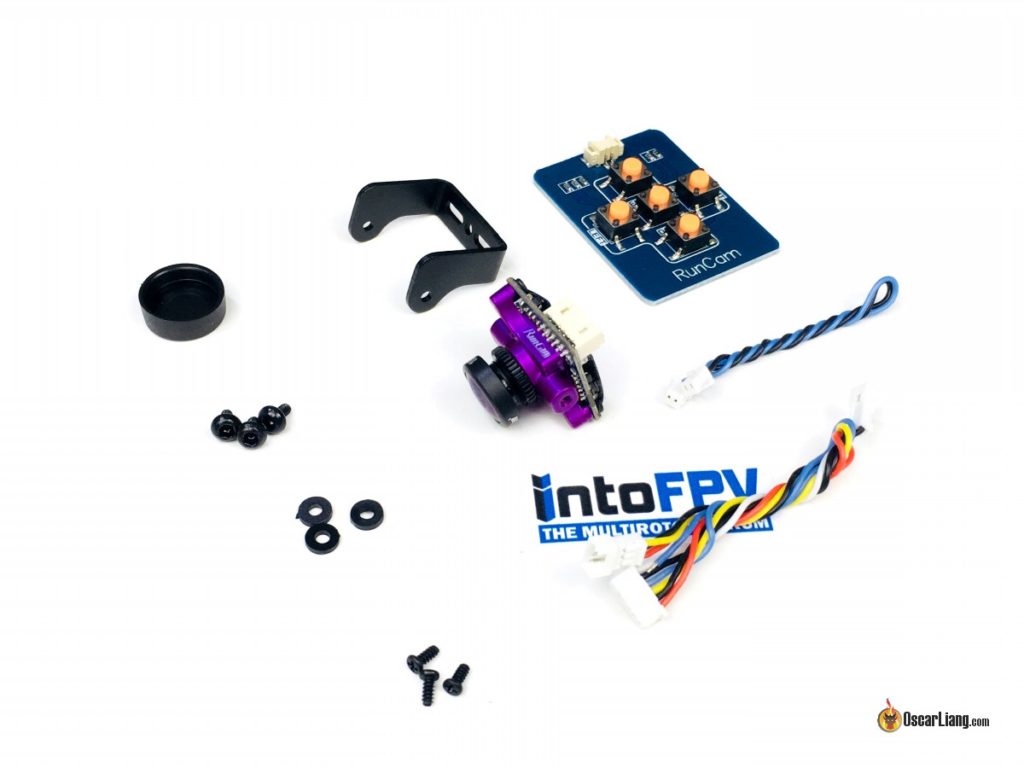 Supports OSD and VBAT – displaying battery voltage on screen, as well as timer and pilot name. Voltage value can be calibrated. 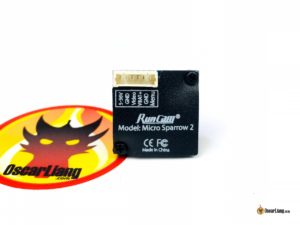 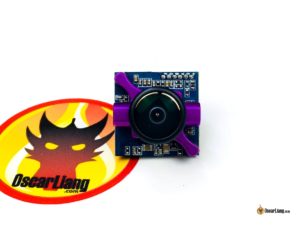 The screw holes on the side are metal inserts. The lens is mounted on the sensor with two screws, just like the Micro Swift. 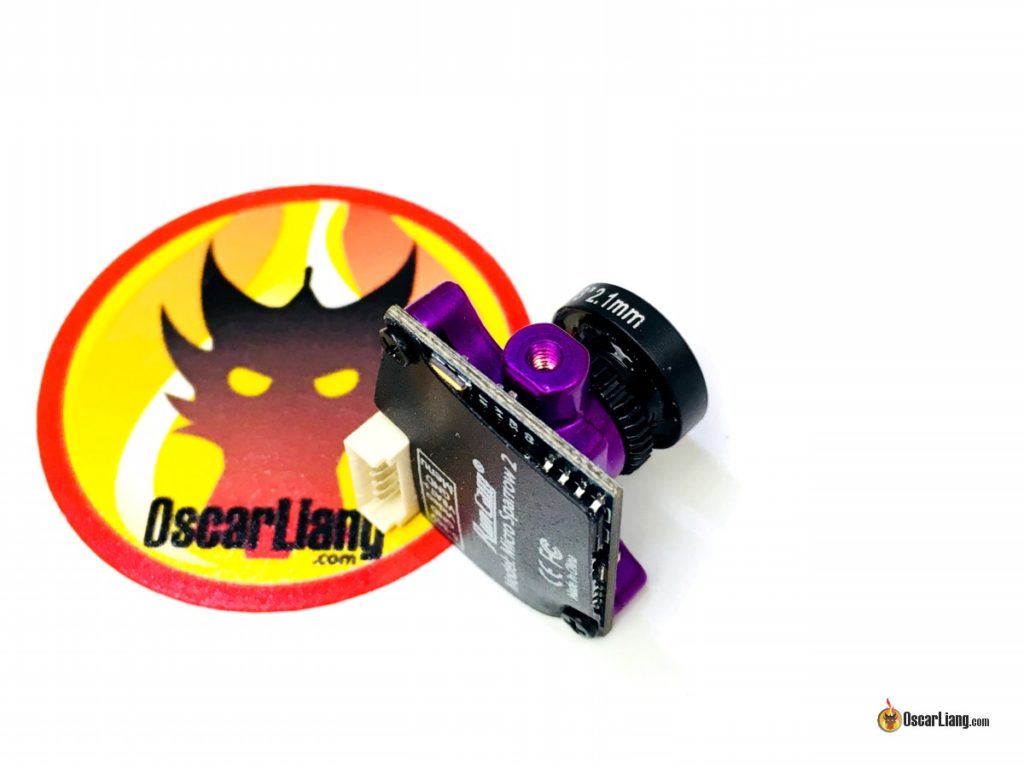 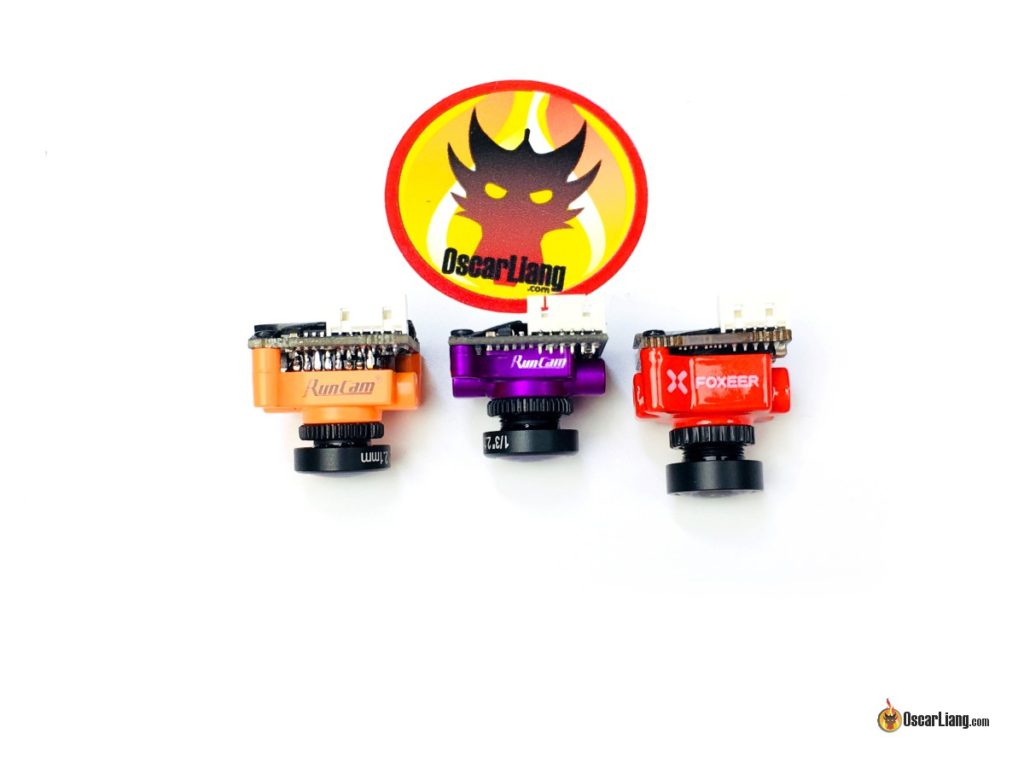 The latency of the Micro Sparrow 2 FPV camera is the same as the previous version, at only 15ms in average, which is on par with the Predator too. Full result can be found in my FPV Camera latency test.

The menu for camera settings in the new Sparrow is curiously similar to the Foxeer Predator. but there is an additional setting called “White Balance”, which allows you to change the colour of the image drastically.

After playing around with it, I found the option “PUSH” in the “White Bal.” setting gives me the best result, it eliminates that “blue hue” and makes the image look warmer. 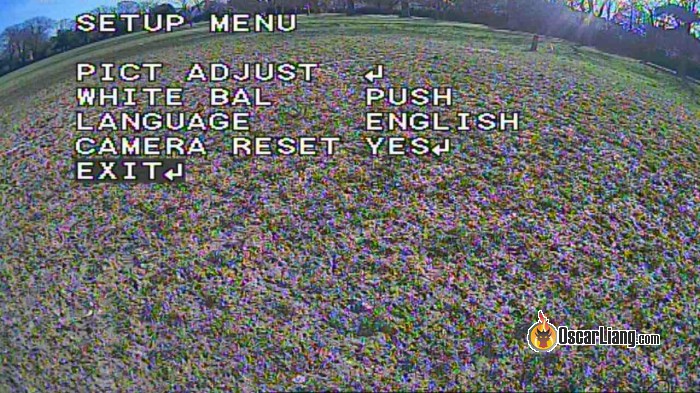 After testing this camera for 3 days, here is my preferred settings for a sunny day. 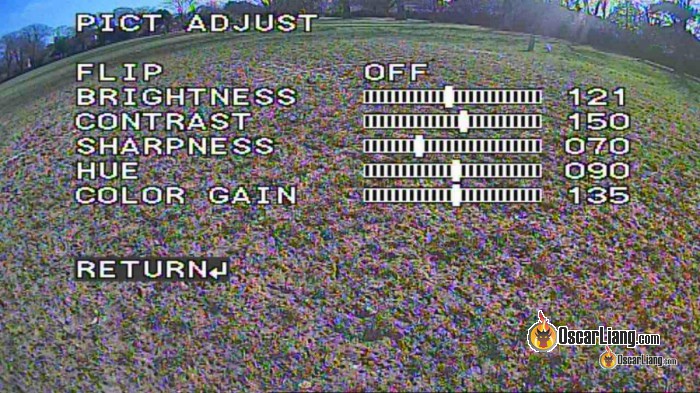 The Sparrow 2 does provide a very sharp image, but when sharpness is too high you will begin to see digital artifacts and shimmering. The default sharpness value (150) was way too high for me, I have to decrease it to below 70 to reduce the shimmering to an acceptable level.

For some strange reasons, I found the NTSC version of the Sparrow 2 provides a softer image than the PAL version. The image from the PAL version does look sharper and there is more image detail, but so are the digital artifacts. Both cameras have the same settings on them in this test.

Here is a comparison video between the Micro Sparrow 2 and the Micro Predator, both cameras were using my personal settings.

As we previously tested the Predator FPV camera, the image just turns blue when it’s facing strong light. The sparrow 2 kind of does the same thing, but with “White Bal” changed to “PUSH” it prevents this issue.

FOV (field of view) is nearly identical on both cameras (maybe the Sparrow 2 has a tiny bit smaller FOV, it’s really hard to tell), and the colour of the Sparrow 2 is more natural after the change of white balance.

After testing the Sparrow 2 and Predator together a bit more, I begin to think they might be the same camera, the images and performance are just too close! I actually found settings that can make the image of the Micro Sparrow 2 to look like the Micro Predator.

If you like the Foxeer Predator, you will like the Micro Sparrow 2 even more, because it’s basically the Predator, with better image colour.

I’m liking the image from this camera but I’m really struggling with the lens. The FOV on this 2.1mm is not the same as the old micro swift 2.1mm lens, it feels like the FOV is lower, or the outer borders of the image are being cropped out.

Would love it if you could find a way to do you own FOV tests to give all of these cameras an accuratel FOV number Oscar. These manufacturers don’t measure it consistently.

Yea! That’s good…. for FPV 4:3 is the better aspect ratio. For HDTV with the movie director controlling the horizon to keep things in focus THEN widescreen is much better and the bigger the better for 3D.

I really like the Predator except for the ground briefly turning black when diving an object on an overcast day. If the Sparrow V2 does a better job I might switch to that one.

Would also really like to know the release date.

Is there a Release Date?
Can´t find it at Runcam´s Store !?

I got a reply from runcam today. The camera should be available at the end of march.

why no 16:9 like the sparrow.
there is already the micro swift and swift 2, however runcam lags a good micro 16:9