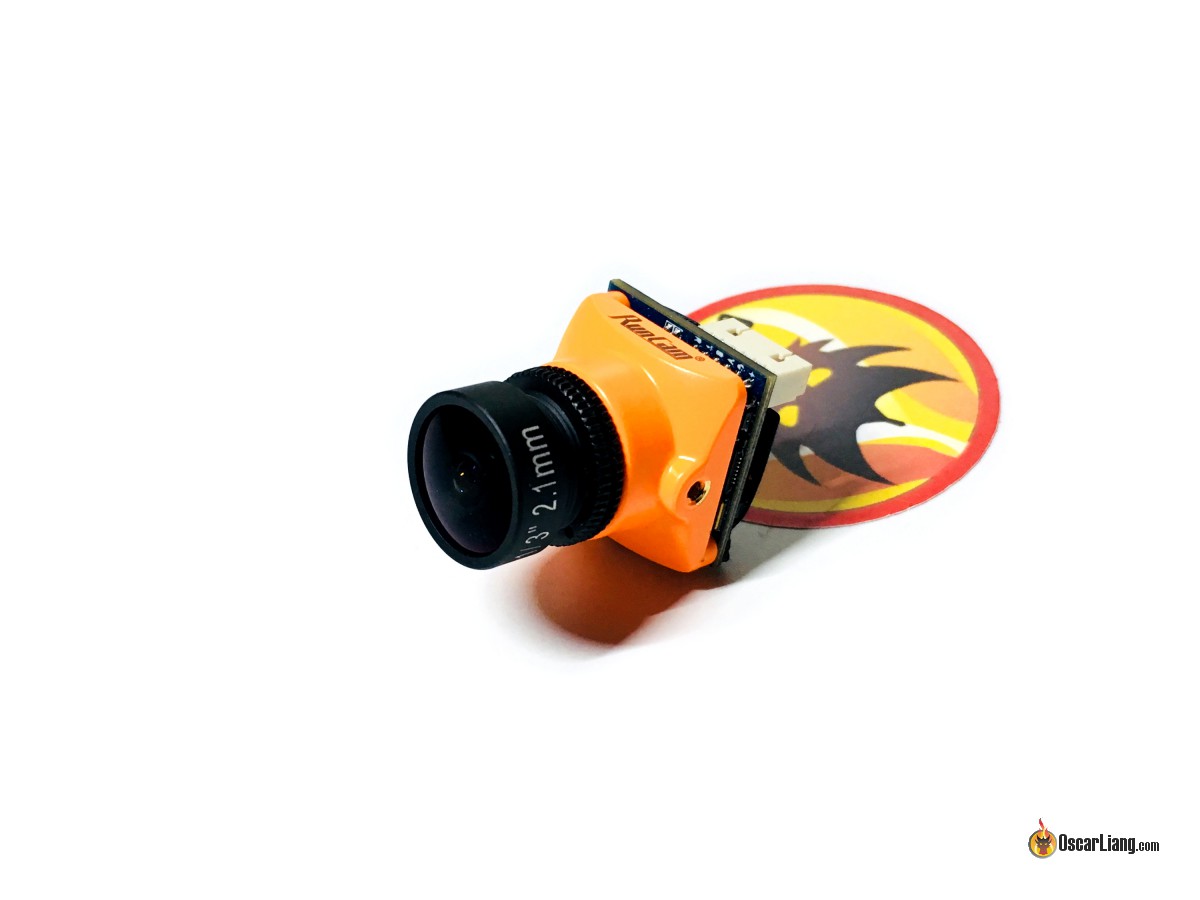 The Micro Swift 3 FPV Camera is using a standard size M12 lens for better image quality, as well as the latest UART camera control technology! In this review we will take a close look at the new features and improvements.

You can buy the Micro Swift 3 now from: Banggood | Runcam. 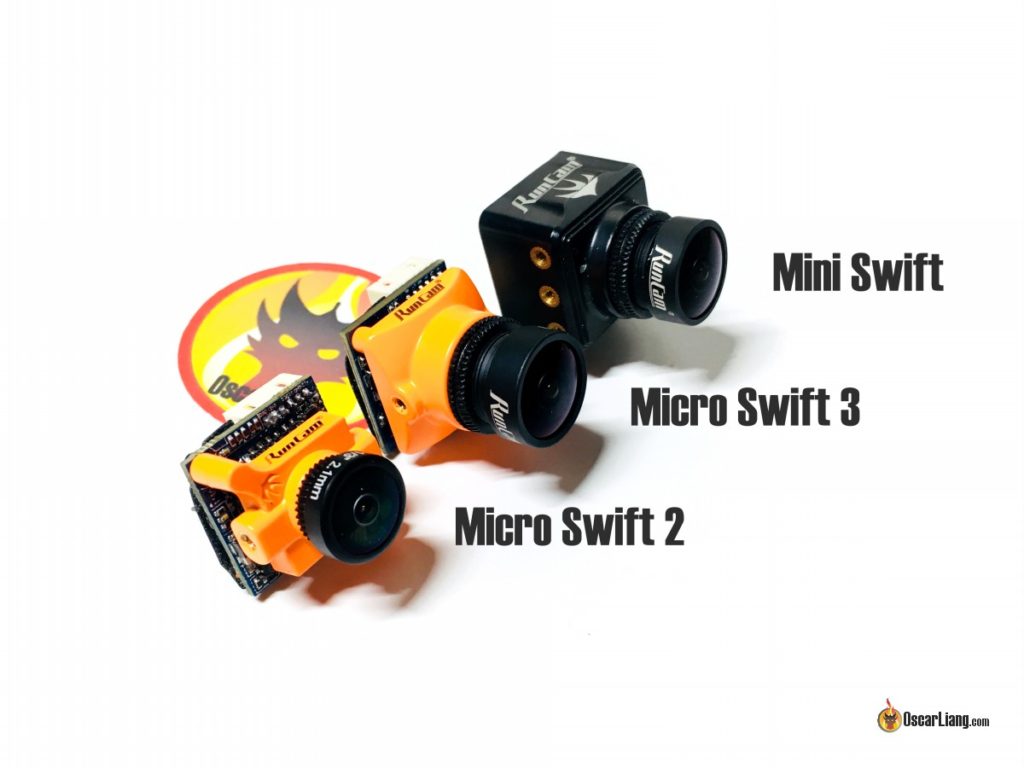 Why Replacing OSD Pin with UART?

The GND and OSD pins have been replaced by TX and RX pins on the Micro Swift 3. 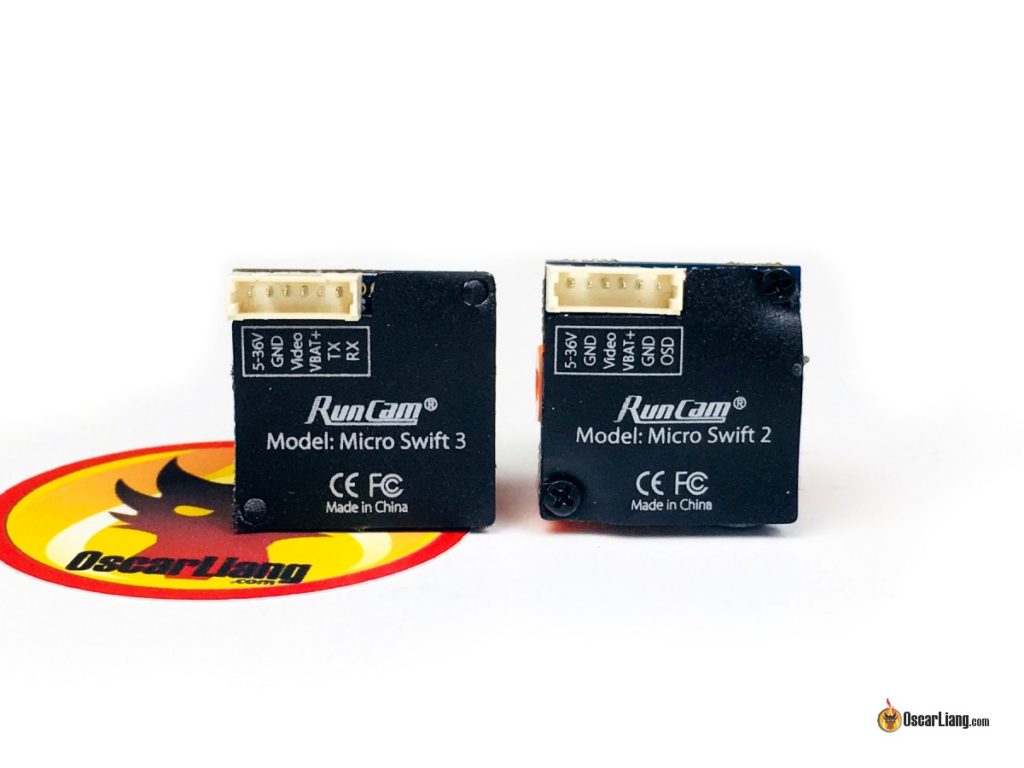 Runcam Swift 3 vs. Swift 2 connector on the back of the camera

This allows you to connect the camera directly to the flight controller for camera control without any additional resistor or capacitor. 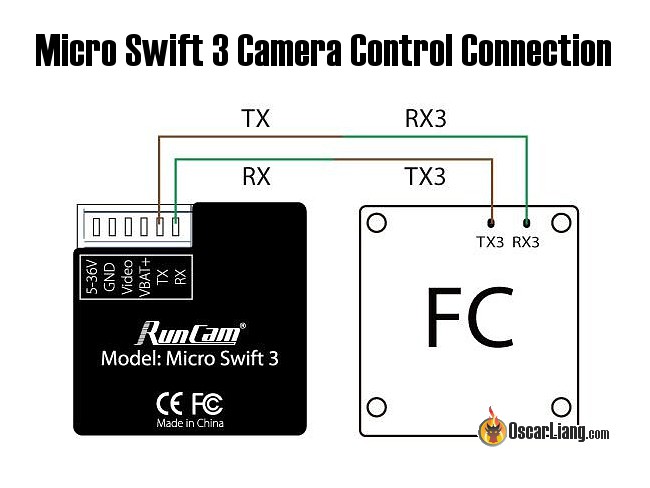 There are benefits and downsides to this solution however: 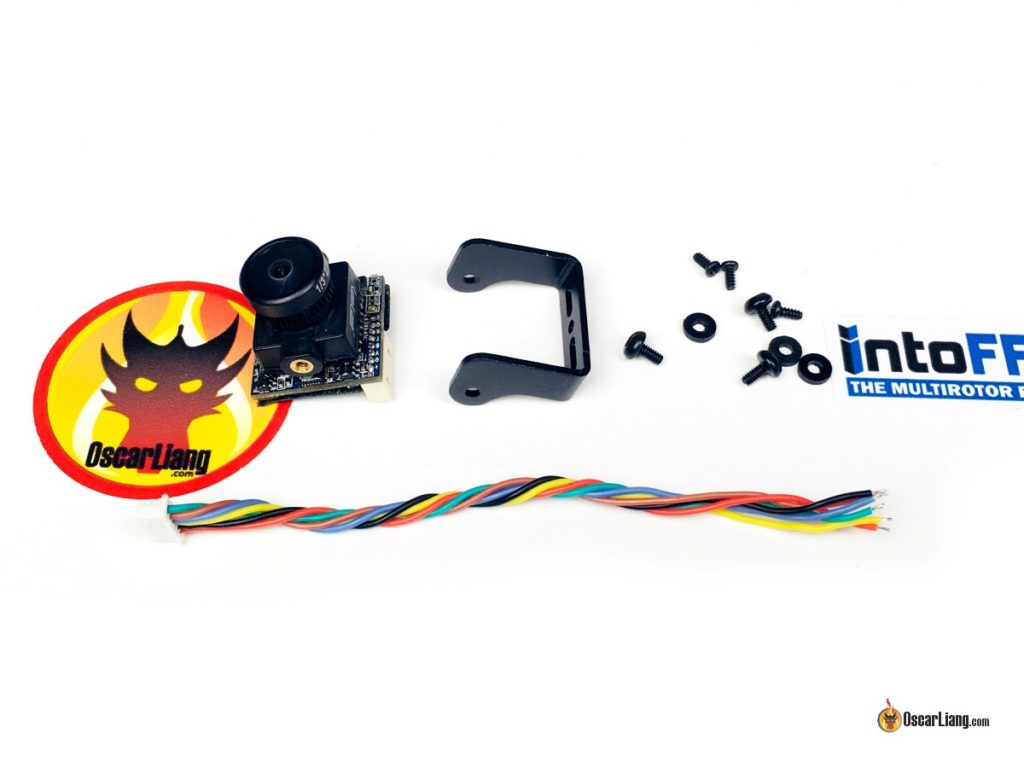 This is the prototype version which was using a M8 lens. But accessories are the same.

The Micro Swift 3 camera includes a silicone wire harness, a metal mounting bracket, and various screws and spacers. It doesn’t come with the little joystick since it’s no longer needed. 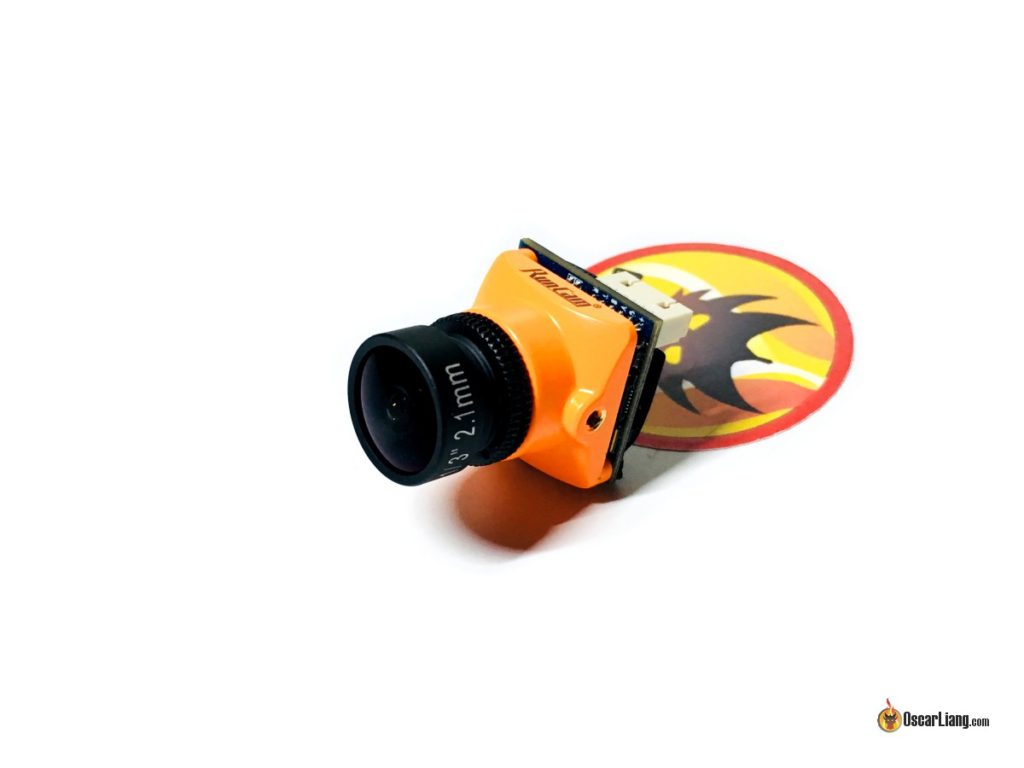 The mounting screw holes on the camera are metal inserts.

Just like the previous Micro Swift 2, the lens/housing is fixed in place on the PCB by two screws at the corners. This also means the Micro Swift 3 will be compatible with Runcam’s TX200 video transmitters. 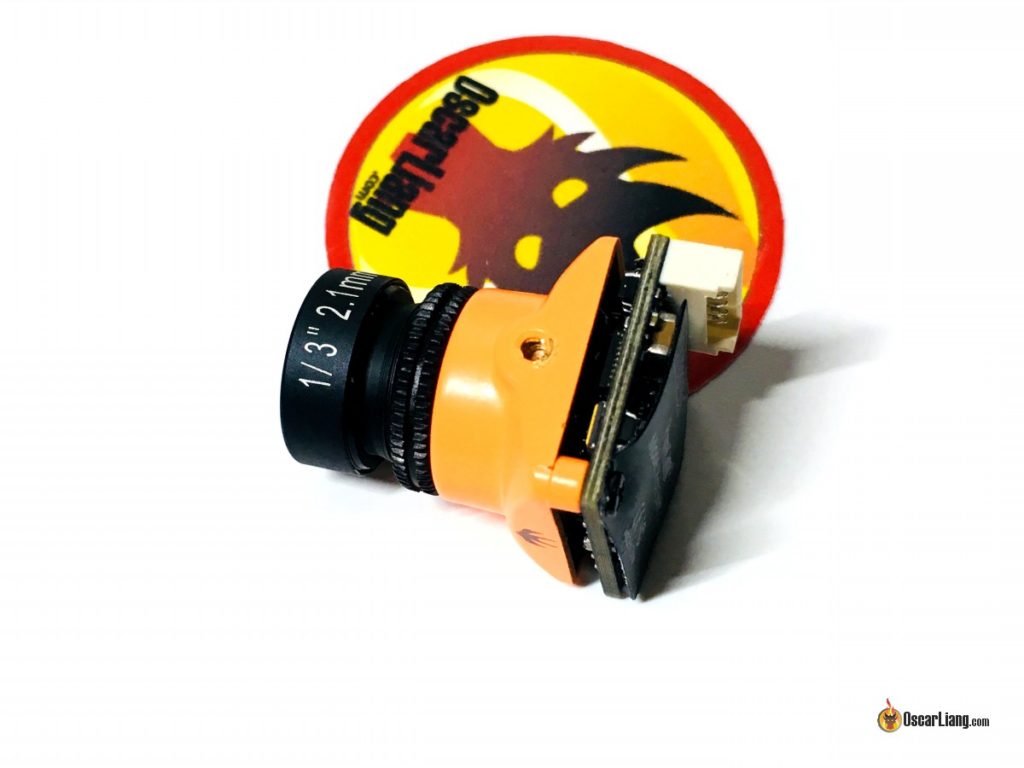 Comparing to the previous Micro Swift 2, the latest version is considerably longer and heavier. That’s the one thing you need to consider when choosing cameras for your frame, if the lens would stick out of the frame too much. Some compact frames might not have taken into account the use of longer M12 lens on micro cameras. 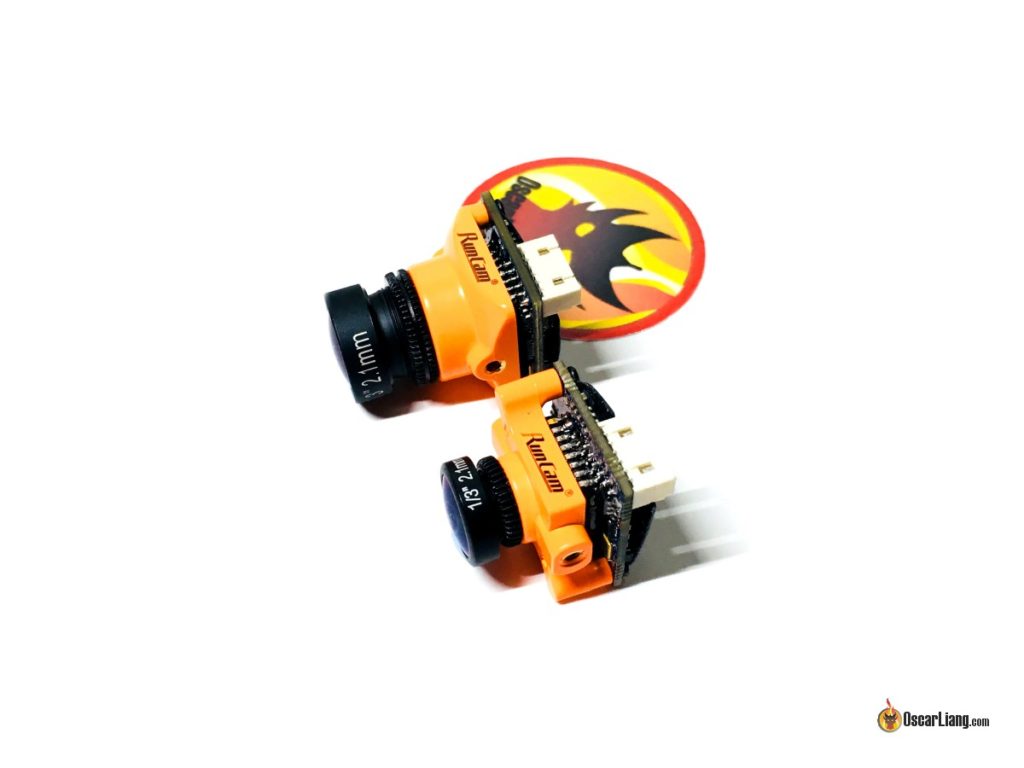 Here is the image comparison video between the Micro Swift 3 and Micro Swift 2. Although the image quality is very similar, but there are some subtle differences.

I tested both cameras using the “Outdoor” preset settings.

The Micro Swift 3 has a slightly wider FOV despite the fact that both cameras are equiped with 2.1mm focal length lenses.

The colour of the Micro Swift 3 is warmer while the version 2 has a more vibrant colour which I like better.

However when I zoom in, it’s pretty clear that the Micro Swift 3 FPV camera has much better sharpness and image detail over the version 2. 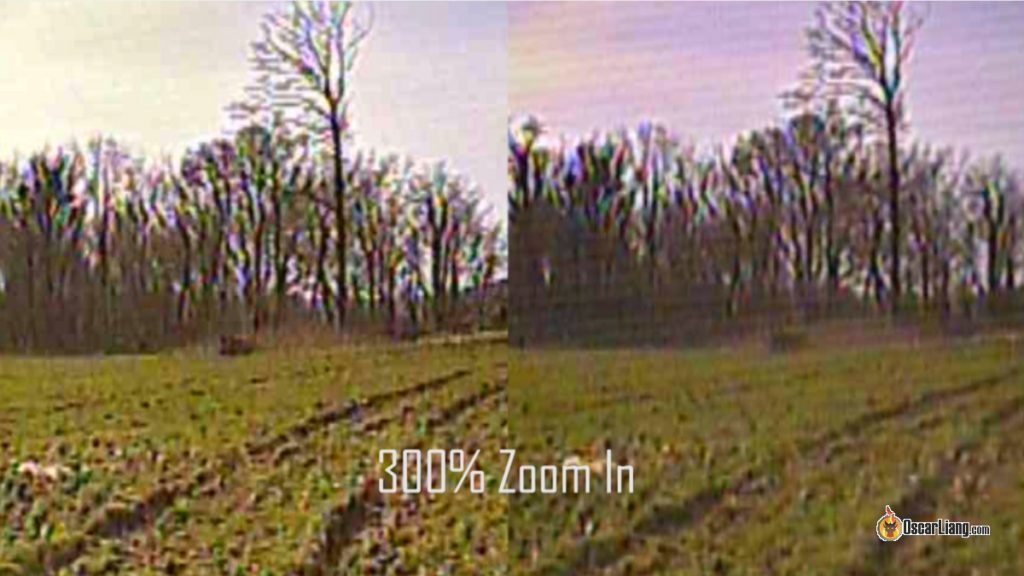 When testing inside the wood, it’s really hard to tell the two cameras apart. But if you look carefully enough you will notice the slightly sharper image with the Swift 3.

Lastly, the Swift 3 has much faster exposure change than the 2, which is a great advantage.

I also like the much easier camera control feature via the UART port on the Swift 3. However, the downside is you cannot change camera settings anymore with a joystick controller, you can only do so via a flight controller. So if you still want to use the joystick, you would have to stick with the Swift 2 for now.

As far as I know, Runcam will continue to offer both versions, so you can still choose between the two cameras depends on your requirement.

Charging LiPo Batteries in the Field for FPV Drones

Does it have a microphone?

can you use this camera without a flight controller?

yea you can use it as a standalone camera.

Will this work on a flight 1 with osd?

No vidéo in and out to use betaflight osd ?
Cheers

Hate that manufacturers aren’t consistent with their lenses. You get used to one kind of 2.1mm lens then another camera comes out and you have a whole different fov to adjust to flying.

Yeah this kills me, some sort of standardization would be nice, like rating them by FOV instead.

I know some do use FOV too, but they’re very inconsistent.

I agree the manufacturers FOV numbers are never consistent, but if someone like Oscar started measuring FOV like with latency I think it could definitely become a useful standard for comparison between the manufacturers.

Actually FOV can be calculated from Focal length. We just need to find a formula that works for FPV cameras :) I might look into that.

M12 lens is the same lens of mini versions right, so se can use 2.5 mm GoPro lens im right ?

Yes. But make sure if you’d need IR coated lens.

How is the durability? I destroyed the case of my micro Swift several times, is it still possible somehow to change the case?