You can use the Runcam Split HD with the DJI Air Unit or Caddx Vista (or Runcam Link, since they are basically the same thing) as the camera module. The best part is that it has onboard video recording.

But why would you want the Runcam Split HD camera when your DJI FPV Goggles already has DVR? Also the DJI Air Unit has onboard DVR recording capability already.

Well, The Runcam Split HD is mostly designed to be used with the Caddx Vista or Runcam Link, which has no onboard recording. And because the recording is directly from the camera, the video has no video break up, freezing or quality degradation due to bad signal.

You can pick up the Runcam Split HD camera from these vendors, these are affiliate links:

In the box we have the following items:

As mentioned, the Runcam Split HD camera is designed to be used with the Runcam Link (or Caddx Vista), the combined weight excluding the camera, is actually lower than the DJI Air Unit, at only 34g compared to the Air Unit’s 45g.

The Split HD has 20x20mm as well as 25.5×25.5mm mounting holes, which perfectly match the Vista and it can be mounted directly under or above it.

Not only that, it actually records at a much higher resolution, at 2.7K max, than the Air Unit’s 1080p. And it can record both 4:3 and 16:9 aspect ratio, while the DJI Air Unit can only do whatever the camera allows.

The Split HD itself has a gyro sensor built-in, and the gyro data can be used in GyroFlow for image stabilization. It’s an alternative to Reelsteady Go if you are not using a GoPro camera.

Just based on the specs, it’s a good solution for small FPV drones that are unable to carry a heavy HD camera like the GoPro, but still able to run the DJI FPV system with stabilized HD footage using GyroFlow.

The Runcam Split HD has a native 4:3 image sensor, it crops the top and bottom part of the image when switched to 16:9. When switched between 4:3 and 16:9, not only it changes the aspect ratio in the recording, it also applies to the image you see in the goggles. 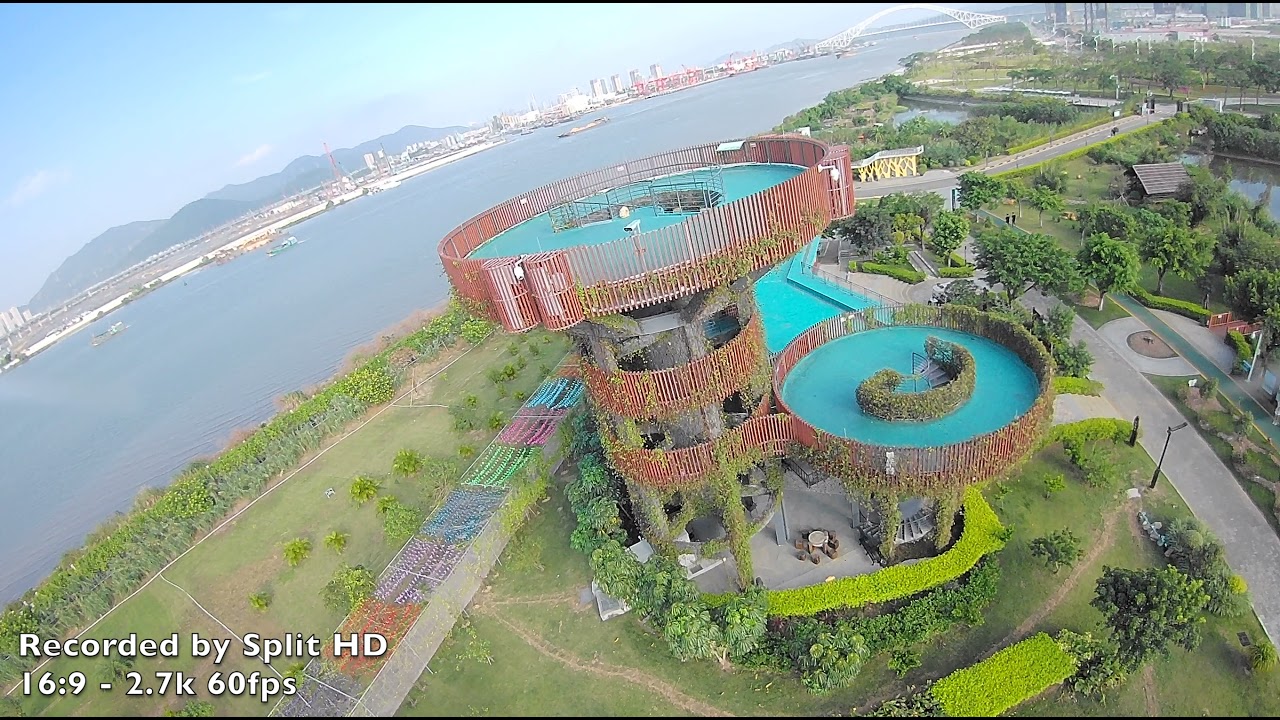 One major downside of the Runcam Split HD camera is you CANNOT use any other cameras, you can only use the camera that comes with the Split HD. That’s unfortunate because the Split HD camera can only do 60FPS, most pilots prefer cameras that can do 120FPS, such as the Nebula Pro or Runcam Falcon. I think for people who fly fixed wings in open fields, the difference might not matter that much, but for people who fly proximity and racing, it makes a noticeable difference.

Unfortunately the Vista isn’t enough to power the Split HD, and it needs to be powered separately from 5V. Most FC these days should have a powerful enough 5V output available for this, but double check the specs of your FC before connecting. 5V 1.5A or higher current should be enough, anything lower you might want to run an extra 5V BEC just to be safe.

You can change camera settings using the Runcam APP on your Smartphone. It doesn’t connect to the Split HD via WiFi or Bluetooth, the APP simply generates a QR code with all your desired settings, and then you scan it with the camera. In the Runcam APP, you can change camera settings, such as image quality (bitrate), resolution, shutter speed, ISO, WDR etc.

The other downside of this camera is latency. Not only it can only do 60FPS, it almost doubles the latency of a typical DJI camera, from around 30ms to 60ms. This increase is noticeable in flying and makes you feel slightly disconnected from the aircraft. However, for cruising and RC planes, this might not be an issue at all, but it’s probably not a good idea for racing and proximity flying.

How to Flash Bluejay Firmware to BLHeli_S ESC