This Simple Hexapod Robot is more like a downgrade from my last robot. The quadruped robot I was trying to build didn’t actually quite work though I spent quite a lot of time, but I have unfortunately underestimated the difficulty. So I am stepping back, and start from something easier, a Simple Hexapod Robot that uses Arduino.

I originally thought Hexapod Robot are not easier, as they have 6 legs and therefore more complicated in the programming. It turned out to be wrong because it’s much easier to balance as there are 6 legs. When it’s walking, we don’t need to worry about the center of mass and so on in order to balance, we just need to think about where to place the next leg in order to move.

Control the Simple Hexapod Robot From my computer

Parts that I used

I was controlling the robot via serial cable from the computer, so no controller required.

It’s the first time I ever used Styrene plastic and I just in love with it… so flexible, particularly for building small robots like this one.

Although it could take a while to cut and get good at it, but it’s definitely a very economic choice for people with small budget!

Here is a very good site selling them, it’s the cheapest I have found so far in the UK (let me know if you know anywhere else cheaper ;-)
Styrene Sheet (Plasticard) from Station Road Baseboards)

In this one, I basically reused all the servos and parts from the Stalker, the only things I need to rebuild was the robot body and the legs.. 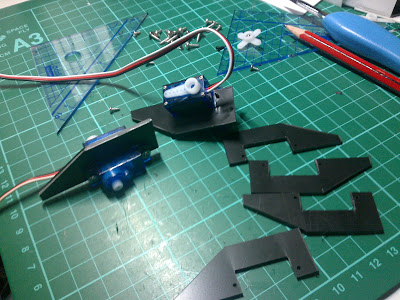 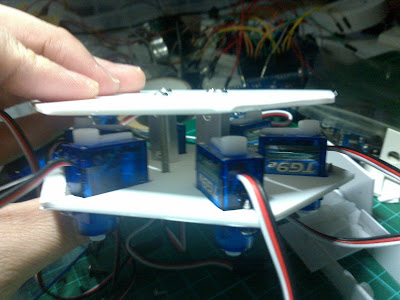 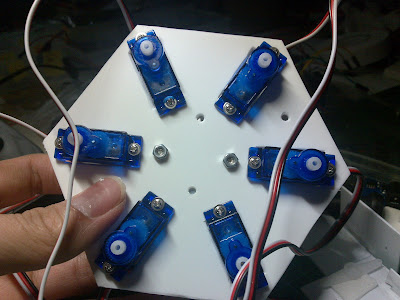 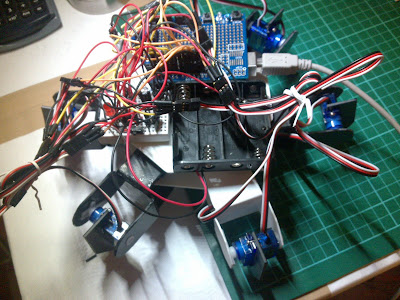 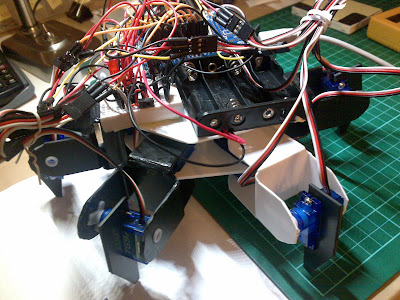 Mini can be controlled by a VB program via USB connection, more detail can be found here:

Further modifications to the leg: 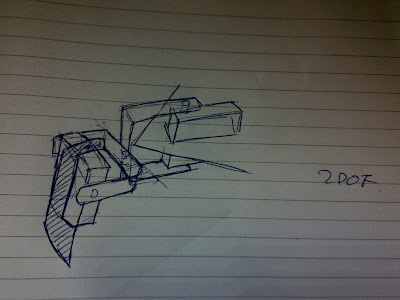 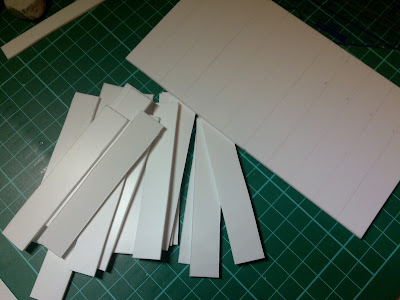 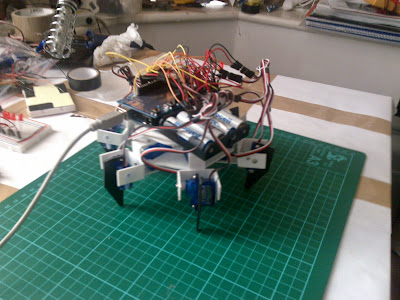 The new robot leg design brings better stability because they are tougher and lighter, more importantly it looks cooler!

I have also wrote a few more commands files, works quite well ; ) see 3nd video from the top.
That’s it! no more simple hexapod robot updates, I will modify it into 3DOF per leg, and start to think about IK and trigonometry!

Simple Schematic of the servo, arduino and batter connection.