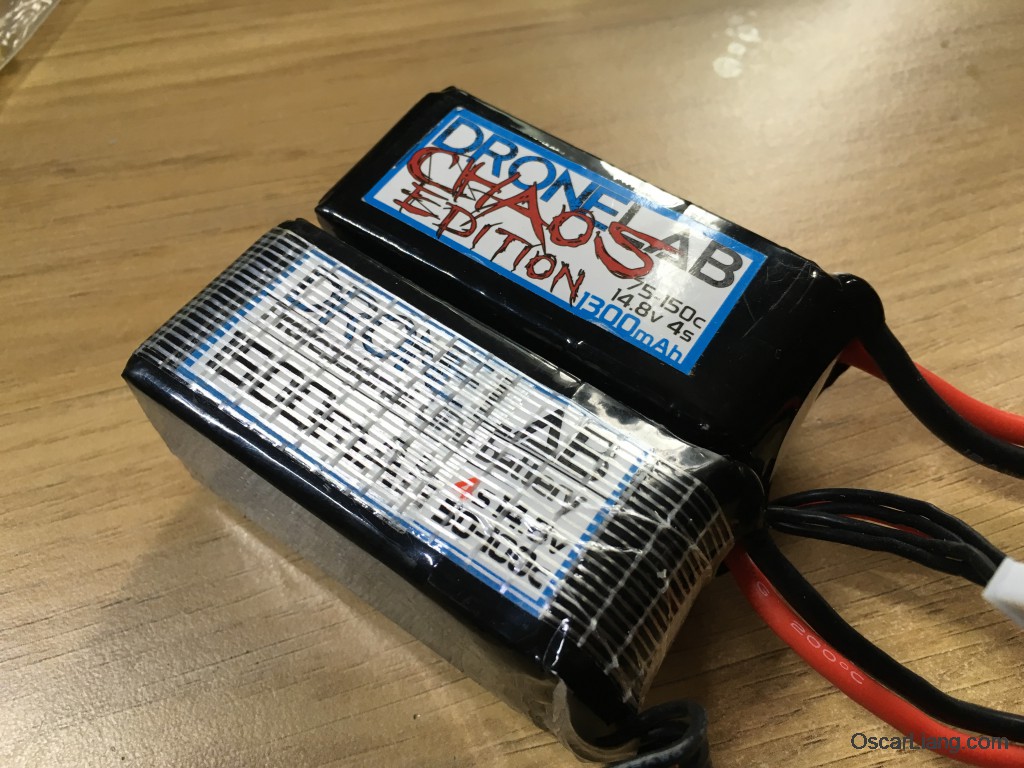 I have been using the Dronelab 50C 4S batteries, and I really like them. Recently they released a new version which is branded 75C and I am going to test it see how they perform compared to the old drone lab.

If you are new in mini quad flying, please check out the guide for Quadcopter LiPo Battery.

The Chaos LiPo battery I am testing is the 4S 1300mAh 75C, and the older version I have are the 1500mAh 50C. It might seem like an unfair comparison, it is, and it’s not because: 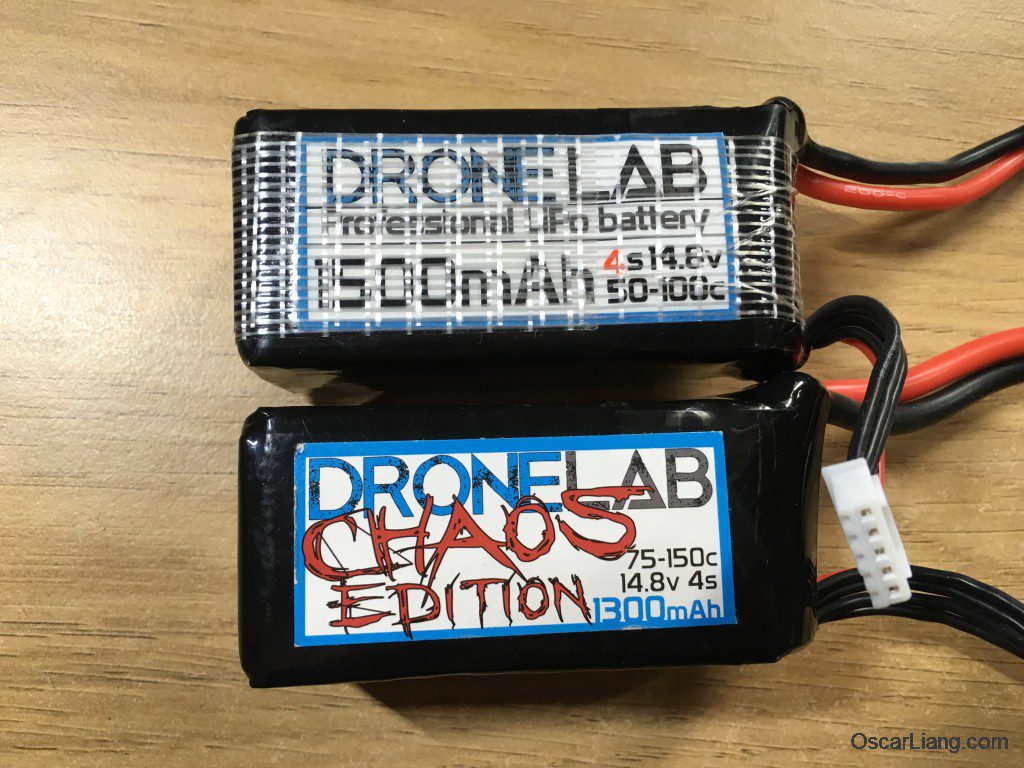 You might wonder why not compare with the Chaos 4S 1500mAh? They are actually a lot longer and heavier than the older version of the same capacity, which won’t fit on many of my 180/210 size mini quads with short bodies. (why didn’t they keep the length the same and just make them fatter??)

The discharge leads of the Chaos have also gone up to 12AWG from 14AWG on the old version. (Wire Awg Chart) 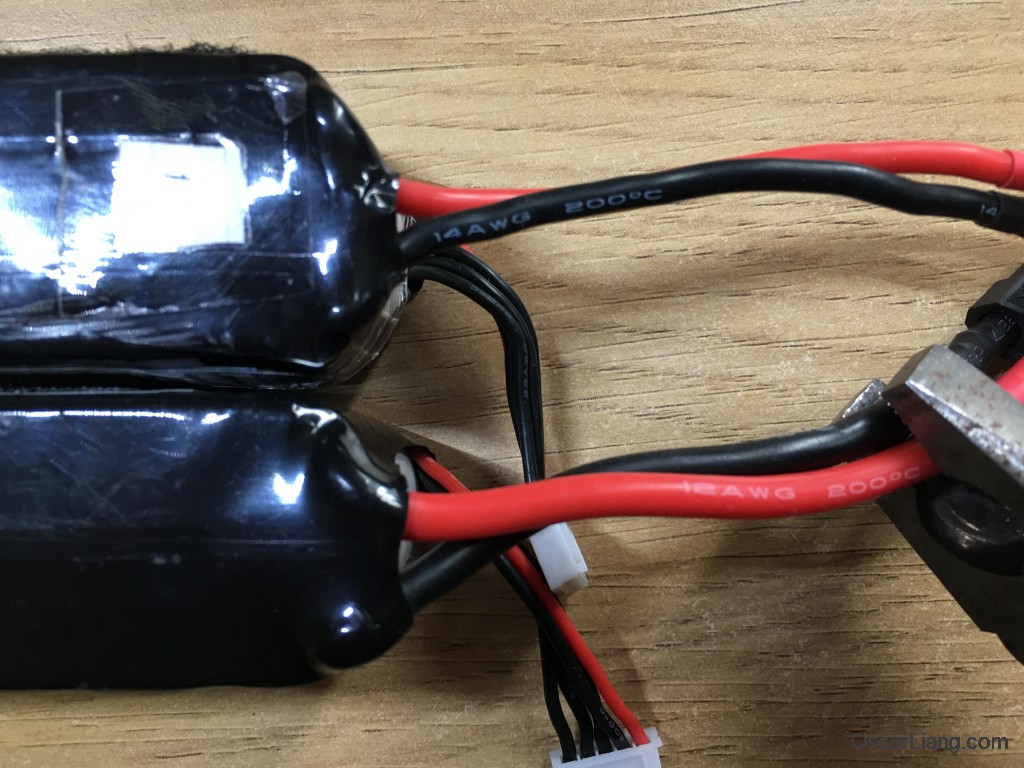 Here is how and what I used for the testing.

I flew my mini quad with KISS setup (KISS FC and KISS 24A RE ESC), it has an OSD that frequently reports the voltage and current draw of the battery. I recorded the footage with OSD data, and plotted the graphs which I used to analyse the battery performance. 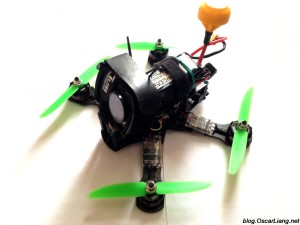 The test was carried out in this simple course, simulating what it’s like in a real race. I flew at least 5 laps on each battery. 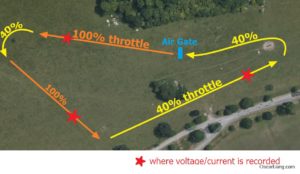 Similar tests were done to the Dinogy 1300mAh and Tattu 1550mAh as well.

So, Is the higher C rating real?

Let’s go straight to the question we are all asking, is the 75C actually real on the label? Or is this just another misleading marketing trick by the manufacturer?

I cannot verify there is a 25C increase, but I can tell you that from my unprofessional testing (LOL), the C rating of the Chaos is higher than the Old version.

The voltages at 100% is what we are looking at, for a lower C rating battery (or same C rating but lower capacity) we would expect to see worse voltage sag, and it doesn’t deliver the power we expect.

But in this test, the Chaos performed slightly better than the Old Dronelab, however because of the lower capacity, the advantage didn’t appear to be massive. But still it’s clear that the C rating is definitely higher. 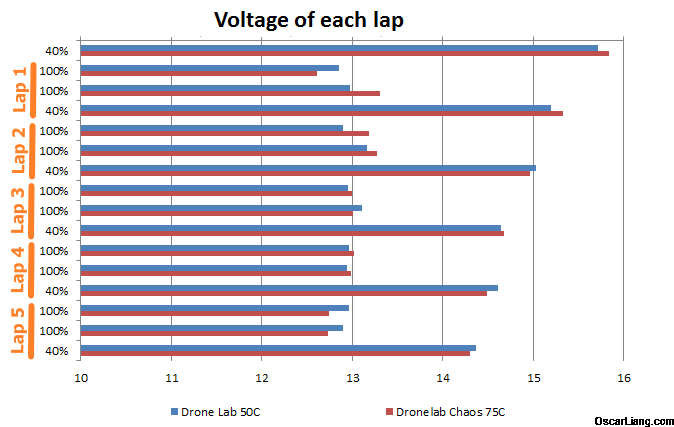 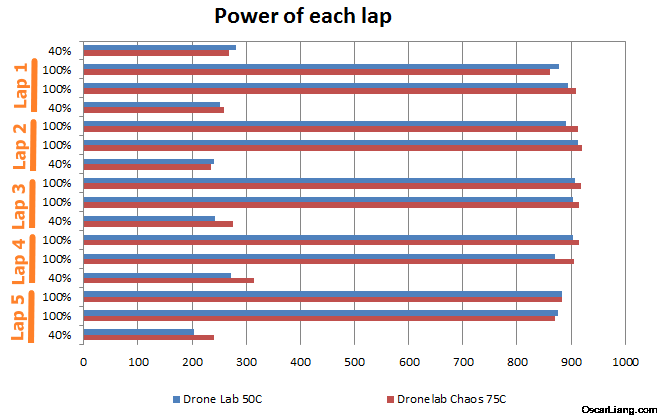 The following graph shows the change of voltage with 3 seconds of interval during the test. 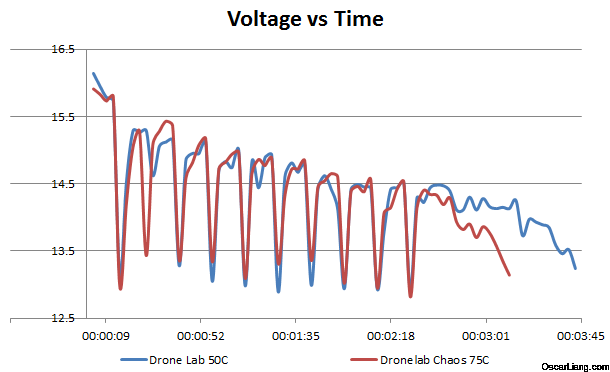 Is the advertised capacity real? 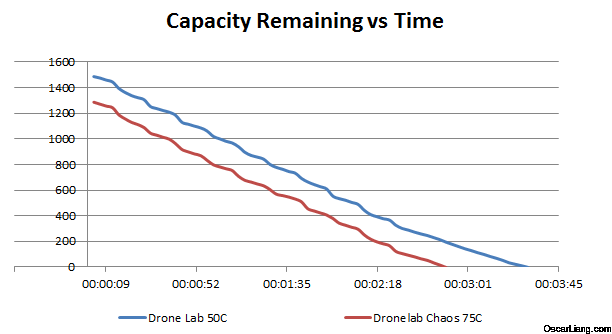 So which one to buy / should I upgrade?

First you should answer this question yourself, would you be willing to pay 30% more for a marginally better battery?

If your quad can’t take the 1500mAh, only the 1300mah, I would be very reluctant to make the upgrade. But maybe you would if you are a very serious racer! The Chaos 1300mAh is 4g lighter and seems to deliver a bit more power at punchouts.

But if your quad is big enough to take the 1500mAh I would definitely consider the Chaos over the old one. But I would expect less flight time from it because it’s 20g heavier.

Very nice review, thanks a lot for testing!

Hello Oscar,
I just received some 4s 1500mah “old version” and discharge leads are also 12AWG.
Can take a picture if you want :-)

aha :) because I did point out in my original review that the wires should be bigger, maybe they listened and changed the design :) good news!