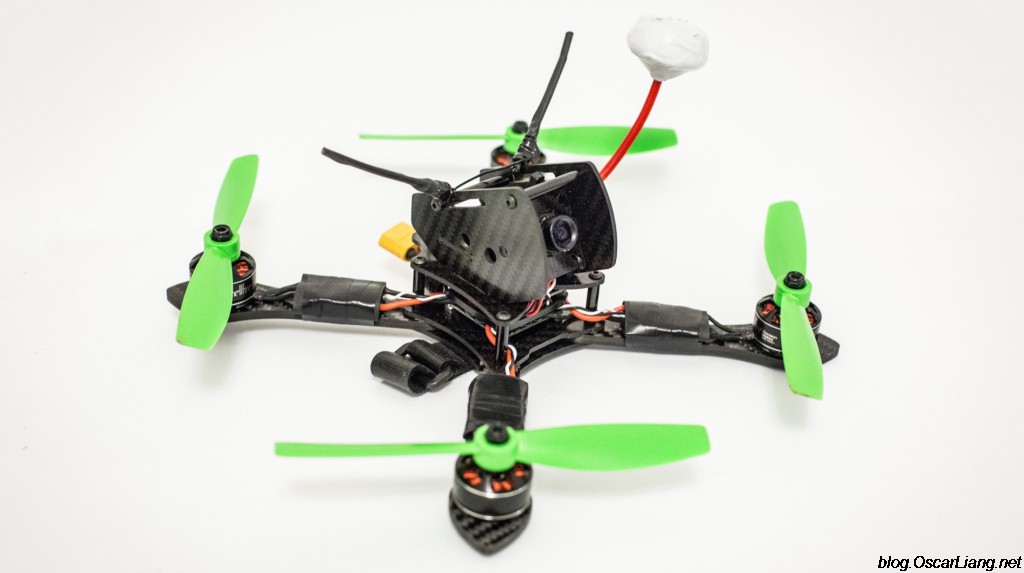 This time we are reviewing and building the 6” TheX mini quad frame from InfiniteFPV.

Get your TheX frame from InfiniteFPV. This article was created by Artur Banach. 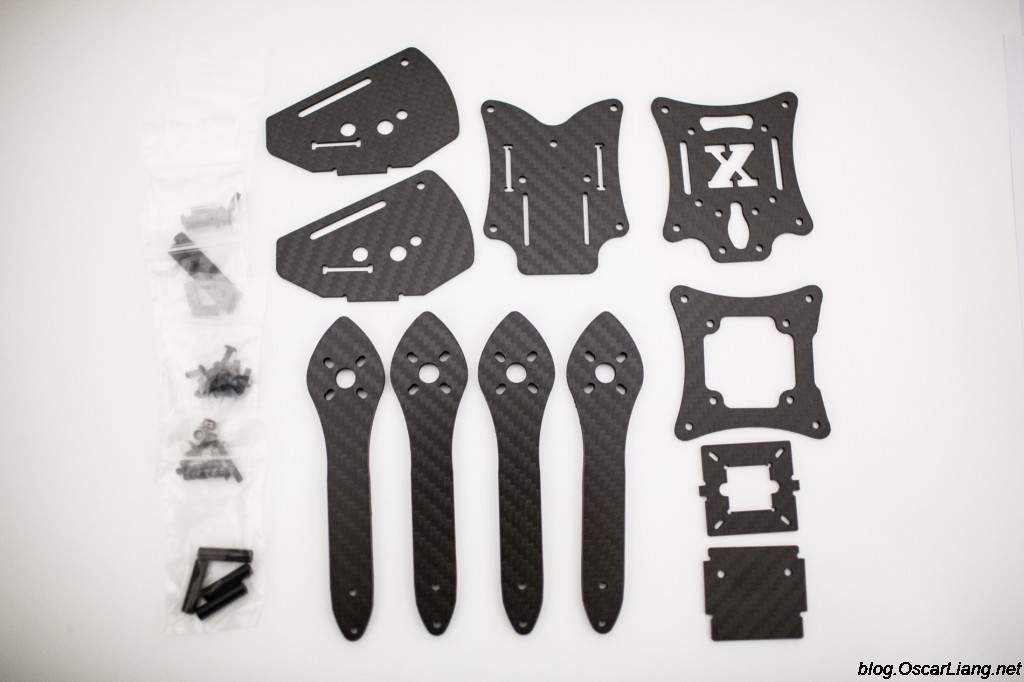 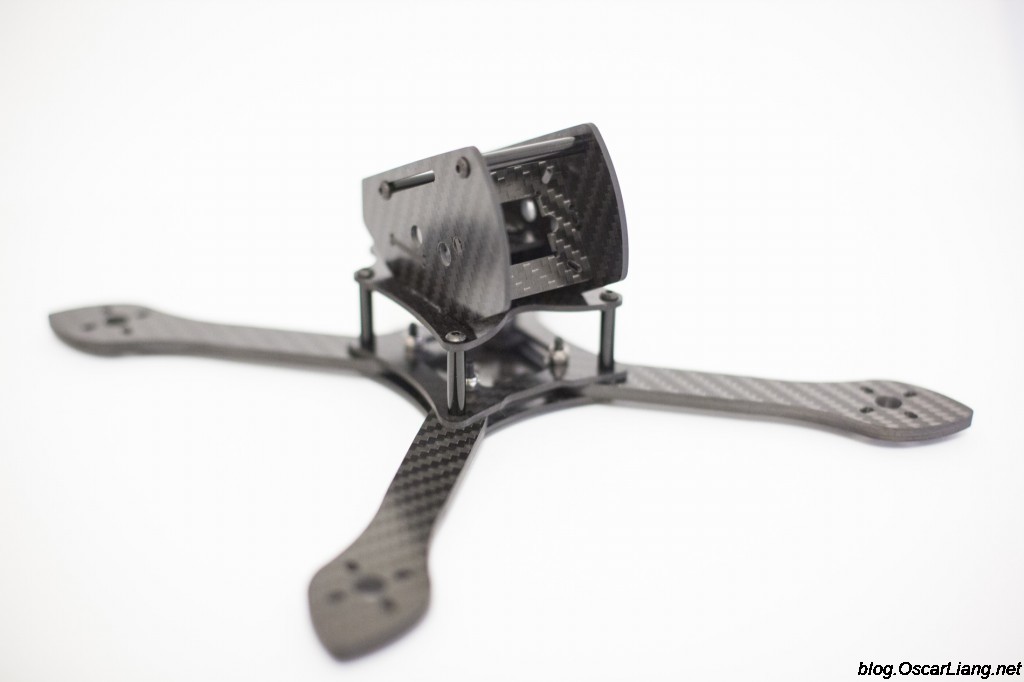 The frame is a TRUE X design with equal distance between width and length. The diagonal motor distance is 233mm, which allows it to fit 6” props.

Battery can only be mounted under the frame held by the velcro strap. 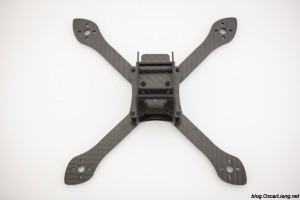 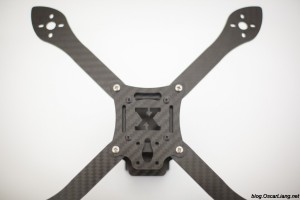 You can actually buy shorter arms that are designed for 5” propellers, and turn it into a samller 210mm frame. 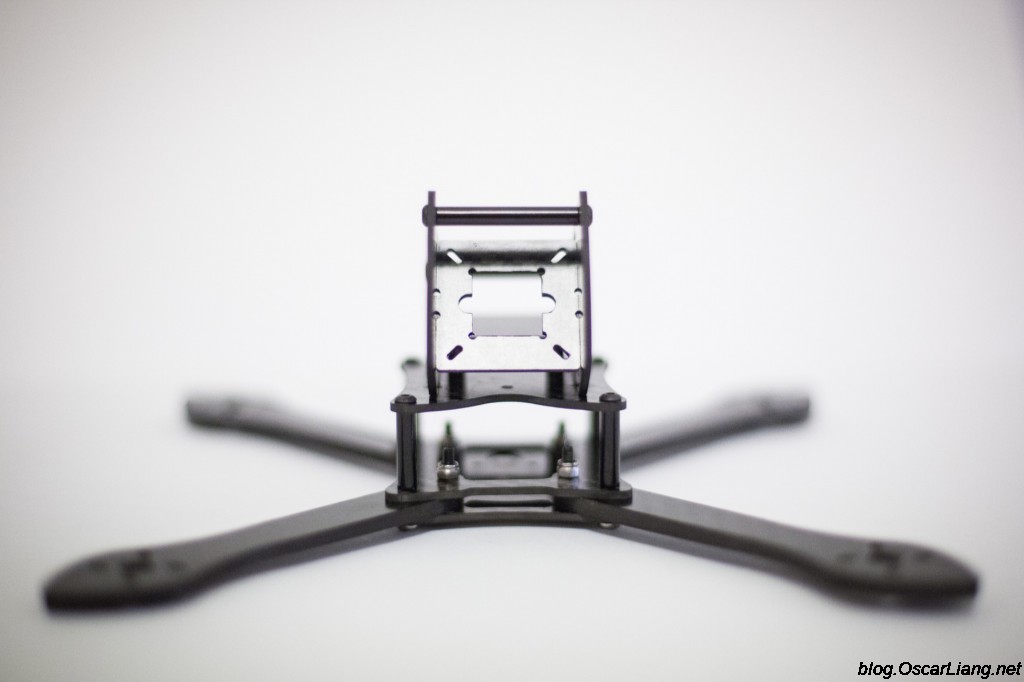 Two plates holding the arms are held together with 8 screws. 4 of them hold the 4 standoffs and another 4 are the PDB/FC support. High tensile screws generally are more durable and last longer than aluminium screws. 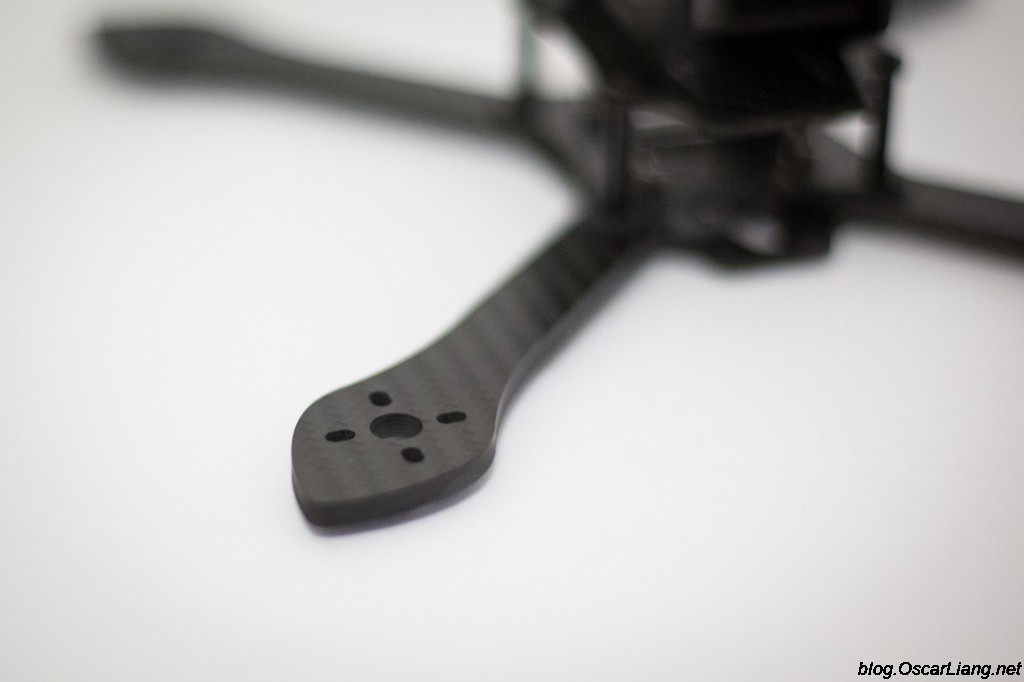 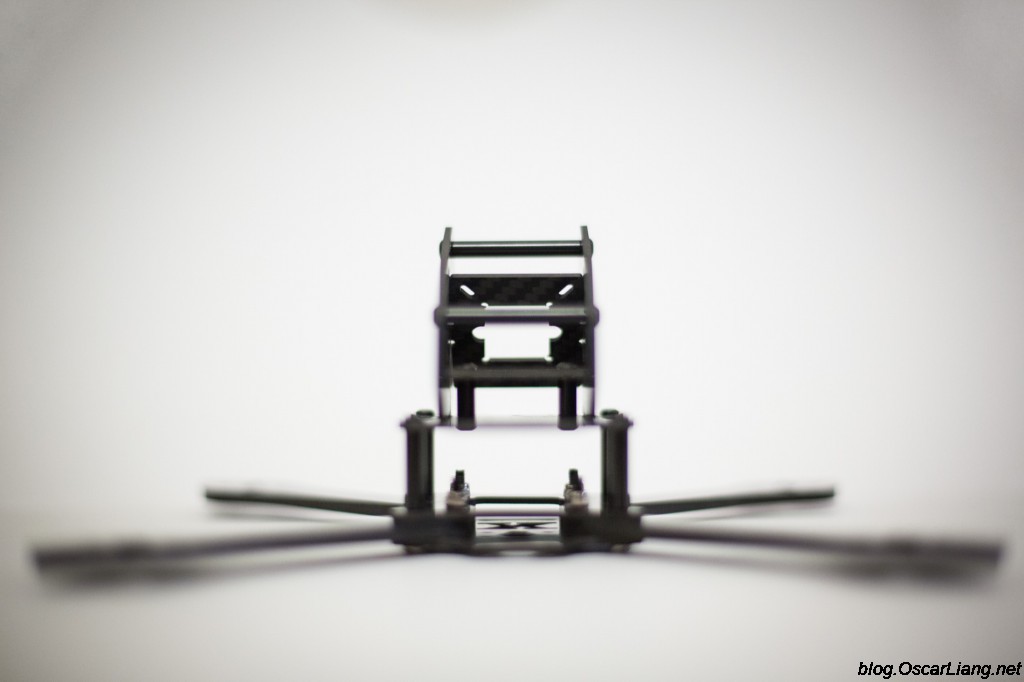 Video components have a dedicated place at the top of the frame. It also has a shelf where radio received can be installed. There is a separate plate for installing FPV camera. Sony super HAD 600tvl (big board version) cam fits there no problem. HS1177 can also be installed but on the camera bracket that comes with the camera instead of using the dedicated camera plate included in the frame kit. 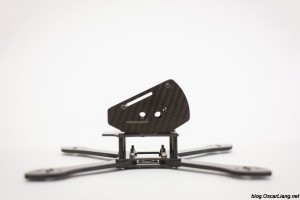 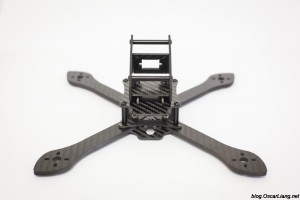 Camera angle can be altered without any tools. The whole section goes into the top plate slots and it requires quite a lot o force to actually slot it in. There are two screws fixing it to the top plate.

Carbon fibre quality is very good. Noticed the FPV camera fixing plate had rough edges, but other than that, no major issues. 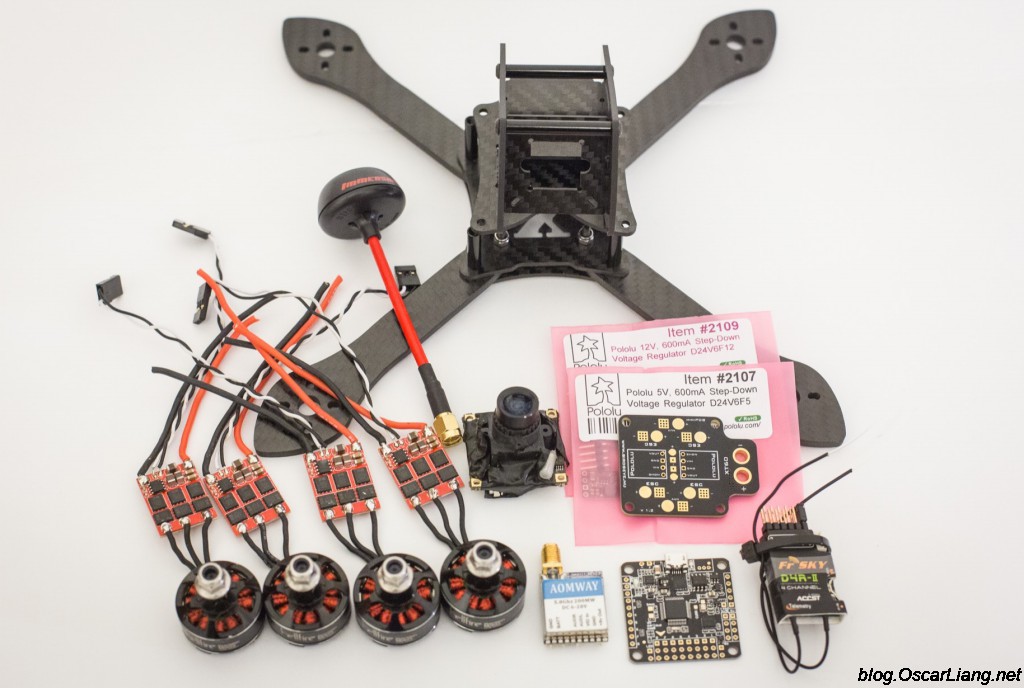 Because of the frame design, structural screws are holding PDB and FC. Some boards could shock the quad through the metal screws so my choice was Birdseye PDB that can take 2 pololus to regulate voltage to FC and fpv camera. This board doesn’t have any pads around the mounting holes.

Here is how I assembled the frame. The motors and ESCs are soldered together and mounted to the frame. 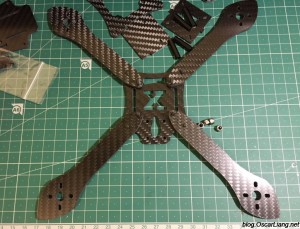 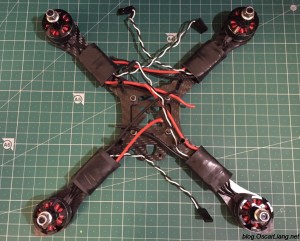 During the process of soldering ESCs I have accidentally dropped a bit of solder onto pololu. I couldn’t remove the solder from in-between the tiny components and after testing with battery magic smoke appeared.

I had to install another 5V pololu (step down) from 12V that was still working but after connecting lipo to it, I burned both pololus and a Dodo. Hard lesson was learned. Lucky enough had a spare Dodo and swapped the birdseye PDB for abusemark, very basic PDB I used in my very first mini quad build last year. 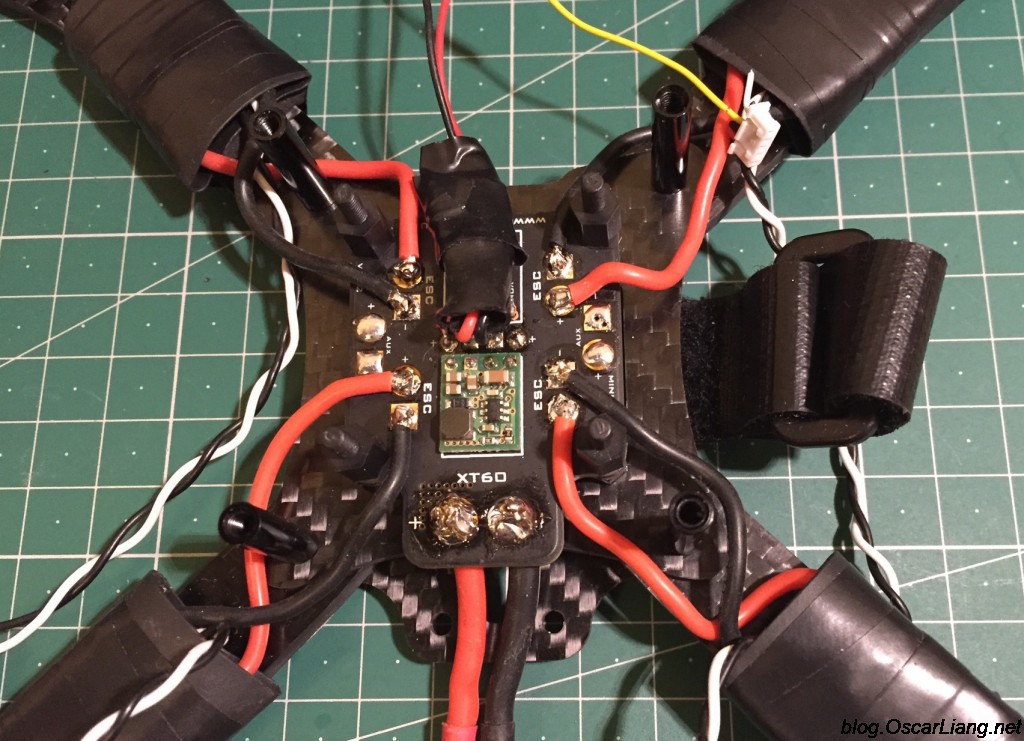 I added wires for 12V (used for the FPV camera), Video Transmitter and 5V to Flight Controller. Used 5V regulator to power up Dodo as this board had a problems with built in regulator

Installed Dodo on nylon standoffs. Because space was tight I simply soldered the signal and ground wires directly to the flight controller: 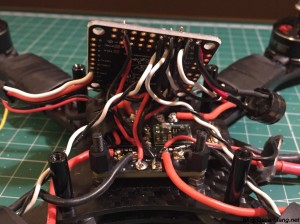 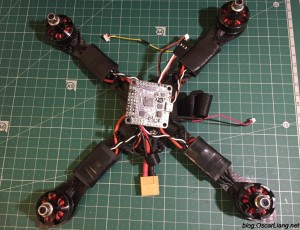 Camera was fitted onto dedicated plate with just the tie wraps. Video transmitter was screwed through the dedicated hole with antenna sticking out. Radio receiver was fixed to the dedicated shelf underneath: 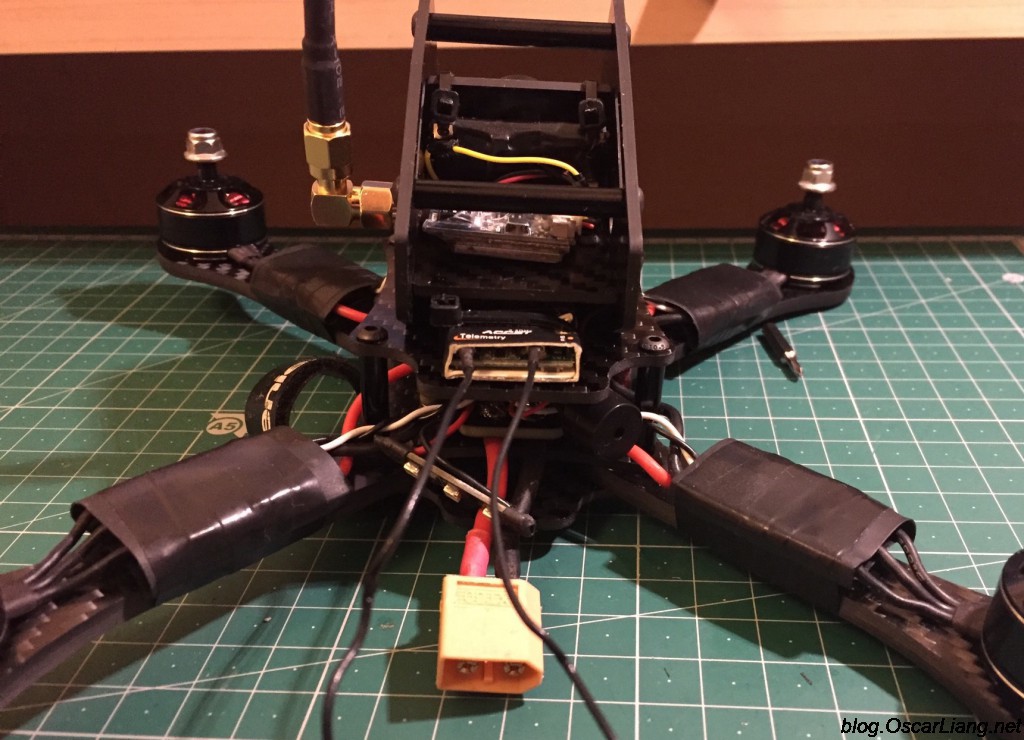 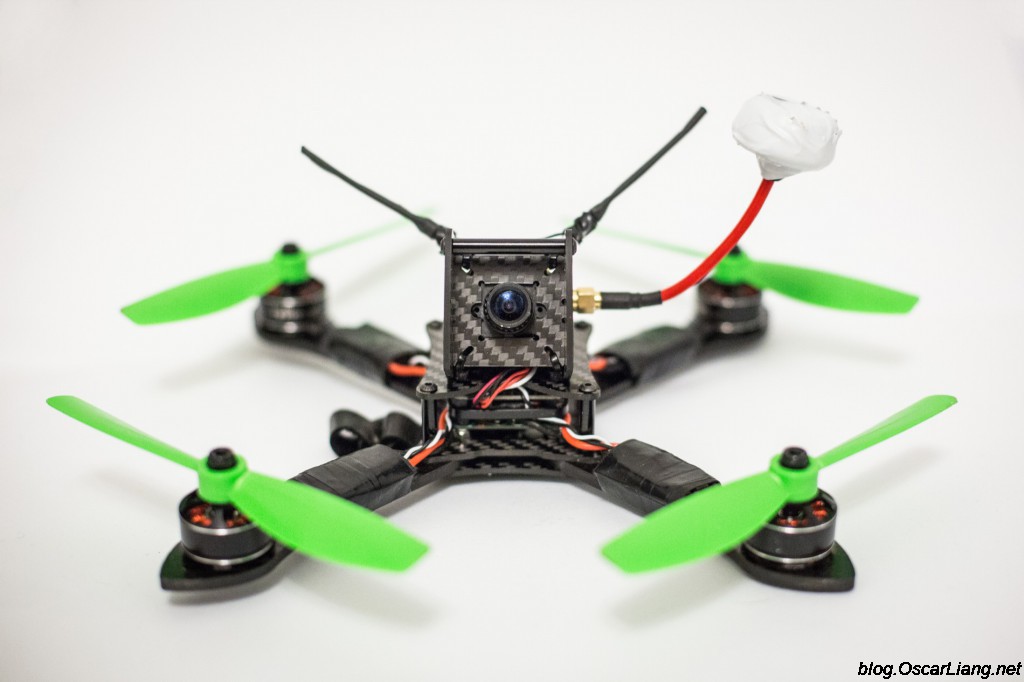 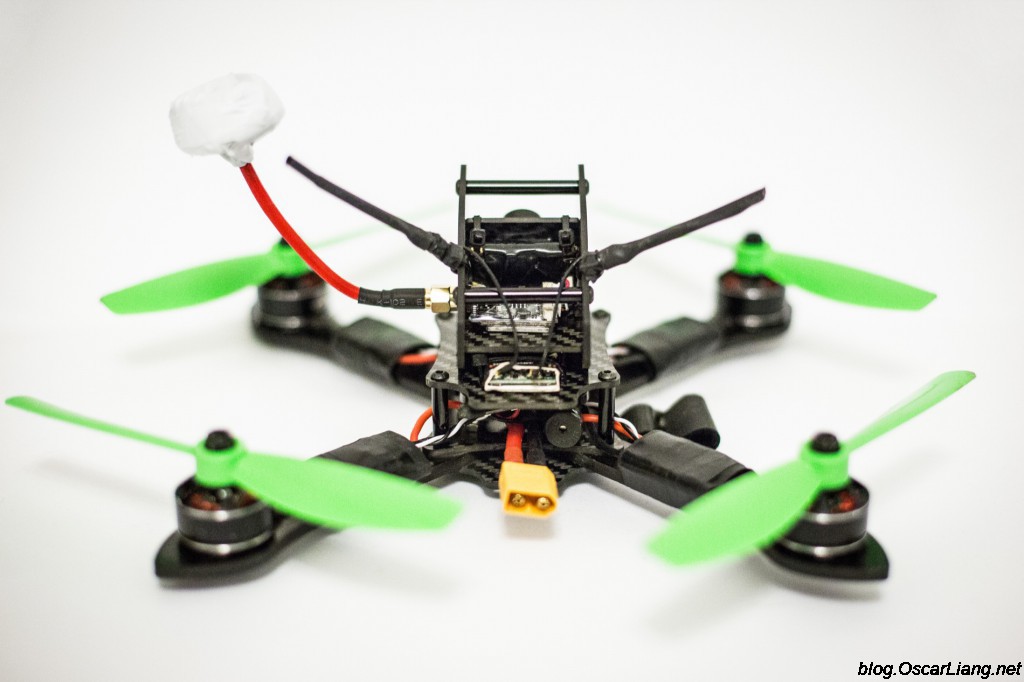 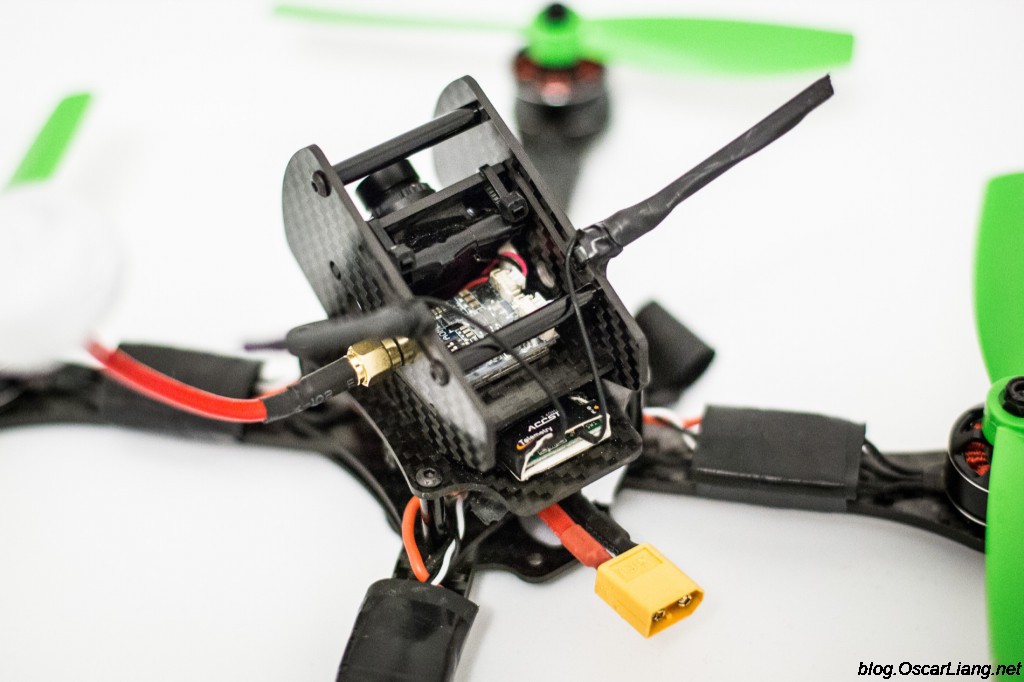 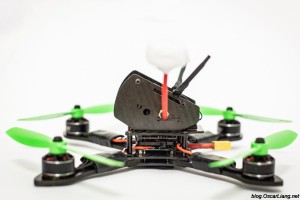 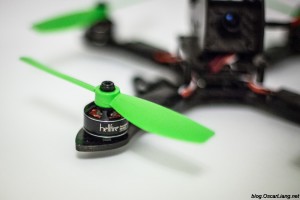 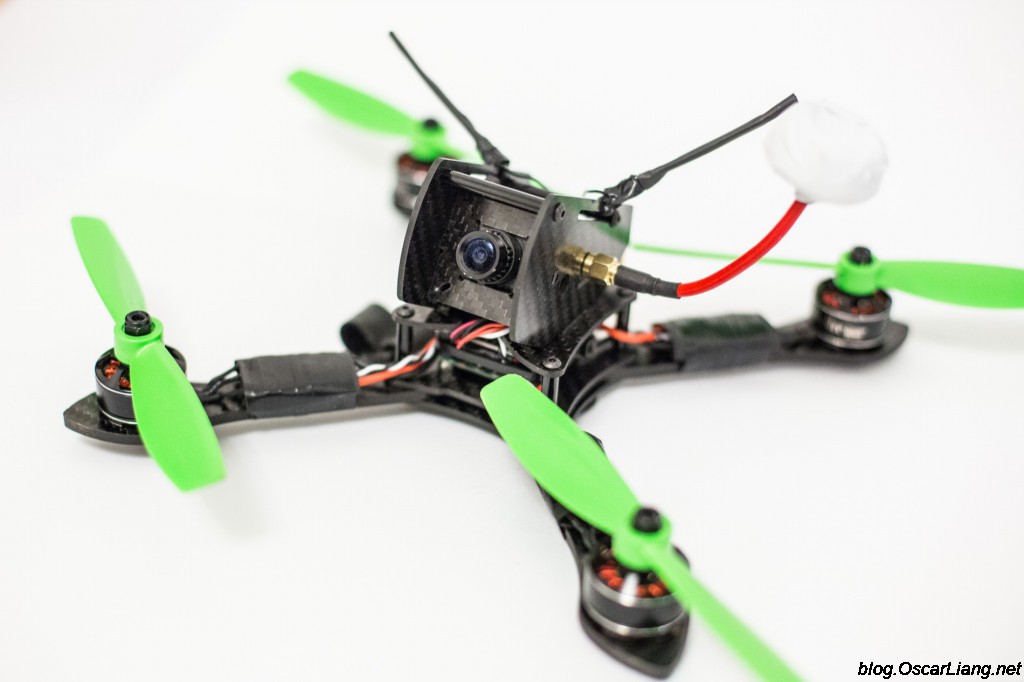 TheX only allows for attaching lipo underneath the frame. It also has a cutouts for the velcro securing GoPro to the top section. Mobius/Runcam fixing is also possible. 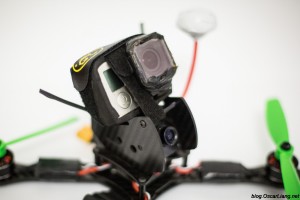 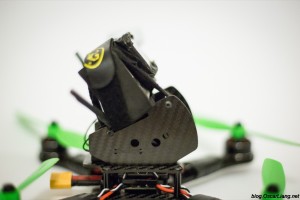 Not the easiest build because of the tight space (challenging with cable management as well)., definitely not for beginners.

It has a similar style to ShenDrones Krieger that was actually the one of the first designs with tower-like main frame body. TheX is a nicely designed frame with a lot of attention to detail. With battery underneath and mass of components concentrated in the vertical columns it has a very good centre of gravity location.

Biggest concern before flying was actually the lipo safety with the battery underneath. Battery is hitting the ground when landing. It is possible to actually install some sort of 3D printed guard, or even landing gear but after few sessions haven’t noticed any damage to the lipo.

During maiden P on Pitch and Roll was too high resulting in oscillations. After few tuning sessions it flew very well, with just minor vibration at the hight throttle. I am sure this can be eliminated by further tuning. Yaw authority on this build is amazing and despite 6” props is felt very snappy.

Things to improve on TheX:

The confusion around DAL brand

I’ve seen some Armattan arms with the screw holes placed the same and the margin of carbon around the inner screw was/is to thin and highly risk to brake on hard crash.