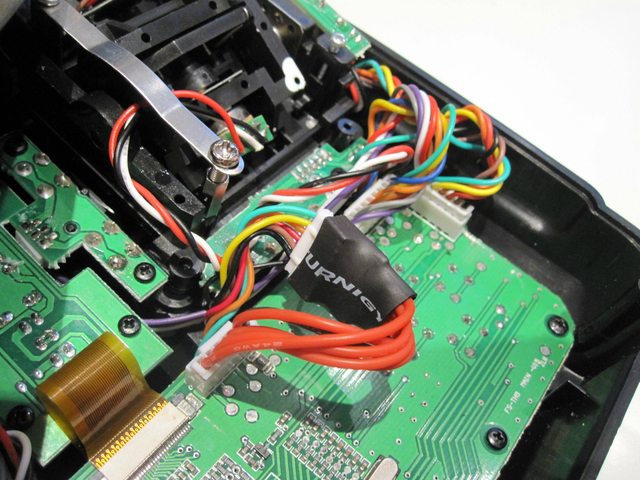 I had a very strange problem with my 9X transmitter. It simply does’t switch off and it just always stayed on. The switch only seemed to control the backlight, and the transmitter module power, but the screen is still running which power off. That caused the battery to over-charged down to 2V, and I had to pull the battery out to power the whole thing off. It was working a few days ago, so it must be something wrong inside the transmitter, possibility a faulty power switch, a short-circuit or broken cable.

I took apart the TX, inspected all the cables indside, looked for any possible short circuits, all seems fine. I also checked the switch which is also fine. I then researched for this problem online, it doesn’t seem to be a popular issue. However I found someone had a similar issue. See this video uploaded by him. 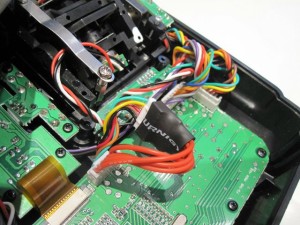 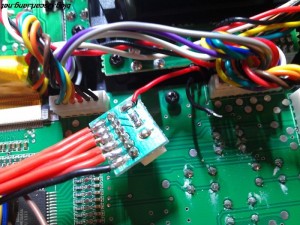 So I discovered it was the patch cable (power adapter) that came with the backlight. It is a simple cable just to supply power to the backlight. Some of these soldering joints must be touching each other. It didn’t happen before, so I think it must be the dusts that conducts the joints. I simply use a sharp cutter knife tip to cut through the gaps between the joints, a few times, use tissue and alcohol to clean the surface. Reconnected everything and it worked again!

When  I was taking off the heatshrink, the black and red wires also broke, and I had to solder it back. This is quite bad quality soldering really!