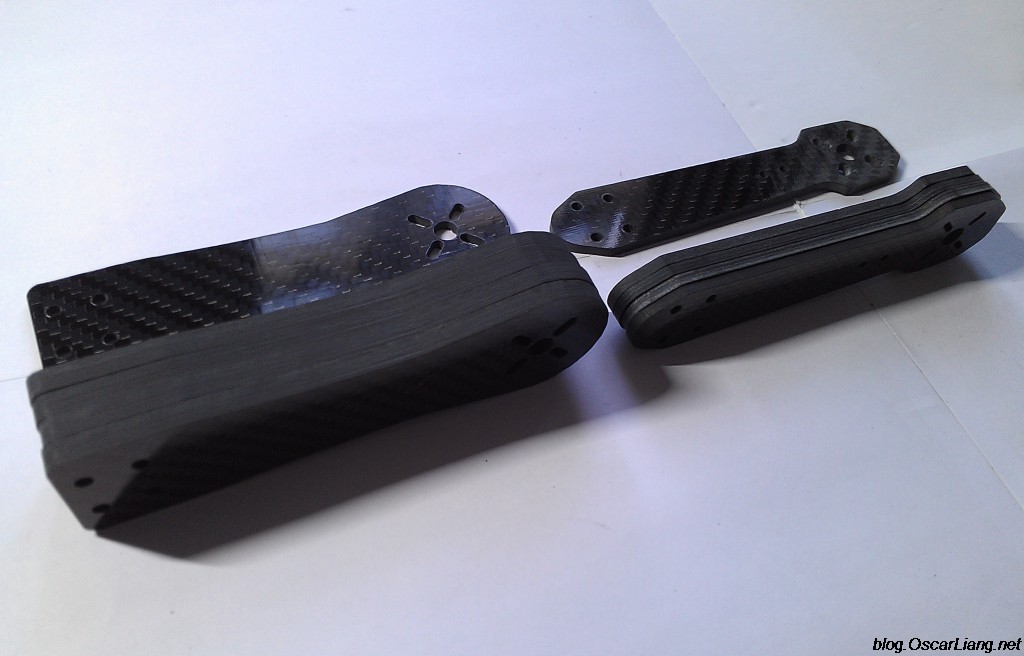 I have been recommending the ZMR250 Carbon Fiber Mini Quad Frame for beginners since I started using it, and it’s probably one of the most popular mini quad frames in this hobby. It’s widely available, affordable and relatively strong. However the majority of complaints come from broken arms in crashes.

It’s clear where the weak points are on the arm, as they always break at the same places. The company that created the Thug280 frame, TenTech-RC came up with a solution to this, the beefy arm upgrade for the ZMR250! 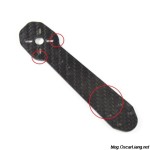 [Original ZMR250 arm on the left, showing where the weak points are]

This arm design is a lot wider than the original arms, and has extra carbon fibre material at the weak points making it much stronger. Picture on the left: Comparing stock ZMR arms with Thug Arm 5mm, Picture on the right is theThug arm, showing the added material. 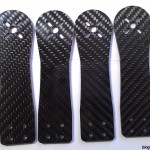 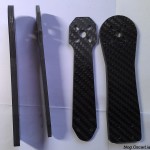 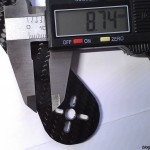 They offer 2 versions of thickness, 3mm (same as original arms) and 5mm. The 3mm version I received was actually a little thinner than 3mm, at 2.8mm. But still it feels pretty tough. 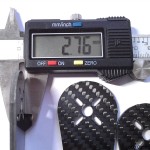 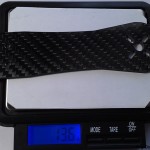 The 5mm version is the surprise for me. I only realized how gigantically thick those arms are when I  look at them physically, and compared to the stock ZMR arms. They are just under 5mm at 4.9mm to be exact by measurement, and weights nearly 25 grams each arm. 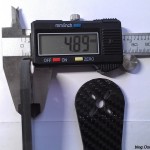 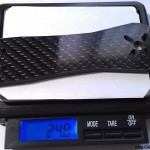 I can’t imagine how I could manage to break one of these arms, It would have to be a hell of a crash ! :D 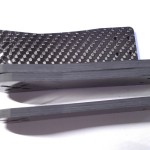 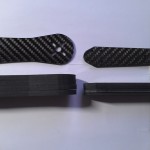 Once I put them on my mini quad or have any updates on the Thug Arms, I will update this post.

Pretty pricey IMO… I just have extra arms and double stack them for 6mm total and they are a bit more flexible than solid 5mm plate. Haven’t broke one yet. 4 spare ZMR arms from BG is $10 shipped.

Actually, when you think about how easily the original arms will break and you then have to buy new ones, over the space of 12 months, assuming these are as good as they sound, they will save you money over the initial outlay – which, actually, isn’t that bad in my humble opinion.

Having not yet flown a 250 (still planning), I think this is probably a worthy upgrade if you’re pushing the quad hard enough to break the flimsy originals.

I might factor this extra cost into my purchase, assuming that they’ll fit an EMAX 250 carbon frame.

I’m pretty sure a zmr arm won’t bolt up to the emax frame.
Why not just get 3d printed arms for the emax?
thingiverse.com/thing:722910

The 3mm arm @ 13.6 grams sounds like the best option. The 5mm arm @ 25g sounds much too heavy for performance. They could have rounded the corners near the 4 mounting holes!