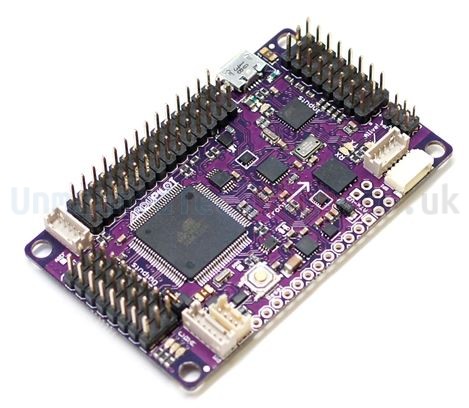 APM2.5 used to be a very unique and advanced flight controller in the RC market, although it’s priced very high (used to be $180, now $90 at RCTimer) it’s still a very popular flight controller for many copter hobbyists. But nowadays there are so many more cheap alternatives to the APM2.5 I think it has lost it’s dominant position, such as the Multwii, Crius, KK etc. It seems like the APM2.5 is almost an APM2, not much changed in the performance, except they fixed some of the bugs and made many sensors removable, so it wouldn’t make sense to the owners of APM2.0 to upgrade. One of the great alternatives is the Crius AIO (All in one) Pro Flight controller. 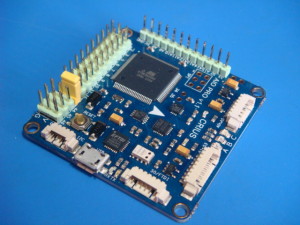 The emergence of MegaPirates and Crius AIOP really changed the game here in the copter market for Ardupilot boards. The Crius AIO Pro FC is equally powerful and much cheaper, it’s making me question why would you still want to spend so much money on the APM2.5?

Here are some research I have done about these Flight controllers.

The Crius type FC boards can help new entrants with low budget to get started with MegaPirateNG or Arducopter, as well as multiwii. The APM2.5 on the other hand does not offer such a feature of being compatible with other open source firmwares.

I think the Crius AIO Pro is still the better choice for the money if you want to be able to run either Arducopter (MegaPriates version) and also the advanced features of Multiwii (there are cheaper, just as good boards to run MW if you don’t need position hold and don’t plan to build an octo).

But If you are focused on Ardupilot software only, have enough budget, want the hardware to be 100% compatible with the Ardupilot software, and you want to run it without modification then you should choose the APM2.5.

There is now the consideration of CPU overload – the AIO doesn’t have the separate PPM processing chip to offload some processing and so doesn’t look like being able to run latest firmware yet, maybe not for a while or ever.
I have a clone of the AIO and I cant run latest, means no auto tune:( Considering that the original boards are looking good again!

That’s very good to know! thanks for the tip.
I haven’t used my AIO board for a while now so no idea what is going on!

Awesome. i am so confuse with those boards. But now i can choose for myseft. ^^ Crius is the best. The price right now only 51$. Thank you your blog so much.
Best wish with you.

Thanks for your blog you do a great of explaining the basic technology.

Can you run plain Arducopter (NOT Megapirate) on the Crius AIO?

good question, but No.
Arducopter and megaPirate work the same once installed but Arducopter will only load onto a Ardupilot board (apm2.5).
Megapirate is the same firmware that has been converted to run on third party boards like the Crius AIO Pro.

They are not interchangeable So you can only run them on the correct board.