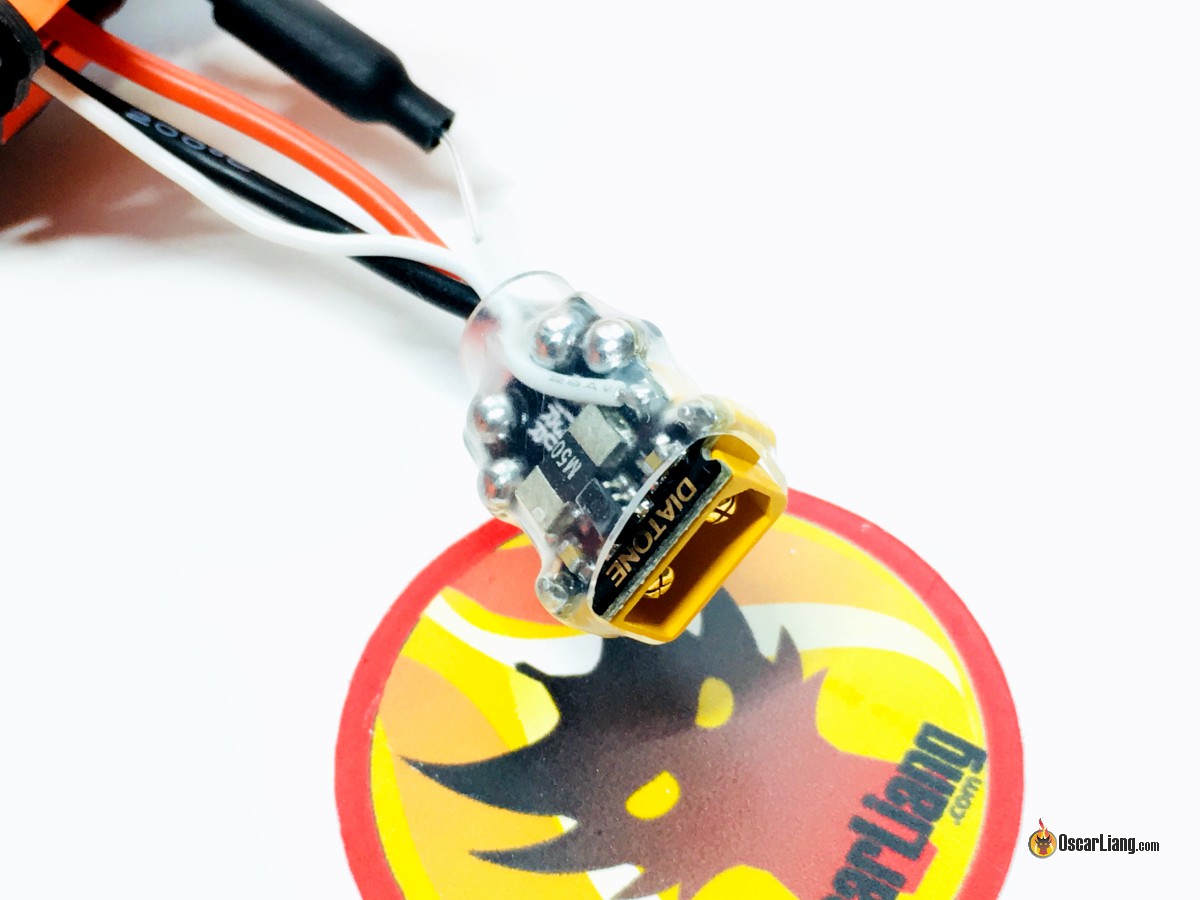 While reviewing Diatone’s new micro racing drone, I found they integrated the current sensor in the XT30 connector (LiPo battery connector). I think that’s an interesting idea and I have to share it with you guys.

Why current sensor is important?

Having voltage reading is good, but knowing how much battery capacity has been consumed would be even better, because it’s usually more accurate and doesn’t jump around with throttle like VBAT.

Current sensors can be inaccurate when you first get it, you might need to calibrate it as described in this article.

Why putting current sensor on battery connector is a good idea?

The advantage is obvious, space saving!

The micro quad I am reviewing is using a tiny 20x20mm flight controller, and there isn’t much room on the board for anything else. We want current sensor in our quad, but where can we put it? How about on the XT30 / XT60 connector!

Although current sensor has become a standard feature these days, and they are actually built into many larger 36x36mm FC’s, it would be great to free up that space for something else.

Especially on AIO (all in one) flight controllers, with so many components tightly crammed together, solder pads are made very tiny which become a nightmare to solder. Processor pins are also not fully broken out and used due to the lack of space. (You might have seen people soldering wires directly to the tiny legs of the processor because there is no spare pads on the board)

A current sensor consists of a shunt resistor and an amplifier, depending on the current rating, it can usually takes up around 10x10mm of board space.

The only downside from where I can see, is the additional signal wire that goes from the battery connector to the FC. 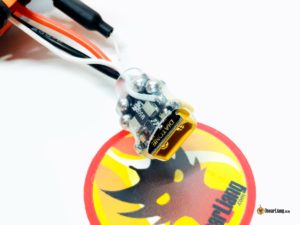 Perhaps this is not a completely new idea, external current sensor modules existed long time ago, that can be connected between the quad and the battery. IMO it’s not really a clean nor compact solution to mini quad, as it adds so much weight and length to your XT60 pigtail. 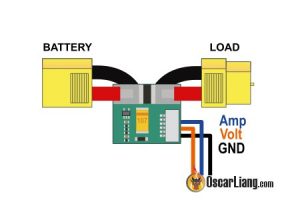 This is the first time I’ve seen current sensor gets integrated into the LiPo battery connector.

What do you think? Is that a good or bad idea and should manufacturers start doing it on new FC designs? Let us know.

You can now buy this here: https://goo.gl/q8rMs7

On what pad should I connect the signal wire?? A UART? Thank you!

What is the current scale for this current sensor?

Yeah unfortunately a filter capacitor has to be near the source of the noise to actually work well. If you put it at the battery and then have the leads going to the quad it will unfortunately do pretty much nothing useful to reduce the electrical noise from the motors and esc’s getting into the flight controller, osd, camera and vtx.

Really cool idea!
I’m sure Banggood will have it as a standalone product by next week.

Funny, I was just thinking yesterday about soldering the Noise Capacitor directly off the XT60 connector to get it out of the quad. Similar idea, different use.

I am going to do that on my next build :) always annoyed me how the cap is exposed on the PDB

Its kind of pointless though.. The battery itself is a giant capacitor. Putting another capacitor on it wont do anything beneficial for you.