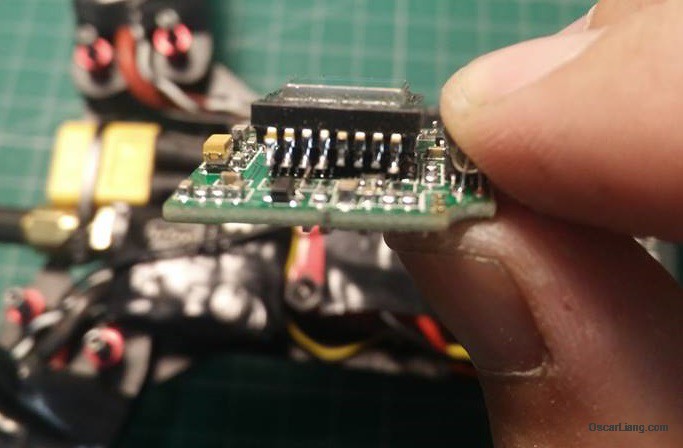 Various reports of the CCD sensor got ripped from the circuit board on the Runcam Swift FPV cameras. We will have a look at how to increase its robustness.

We have heard incidences where the Swift FPV camera being fragile and doesn’t hold up to crashes. It turns out that, inside of some cameras there is just a tiny bit of gap between the case and the PCB, which might allow the PCB to move around. In a crash the impact and vibration cause some of the components to fall off, i.e. the crystal and the CCD imaging sensor.

You can find the CCD sensor on the other side of the board, and the legs of the component are soldered down to the PCB on some very tiny pads. You will also find the silver cylinder object which is called the crystal floating around with no support.

Update (28/06/2016) – In fact since I posted this article, several people told me they were having this problem on some other cameras as well including the HS1177, so this is not only limited to the Swift. 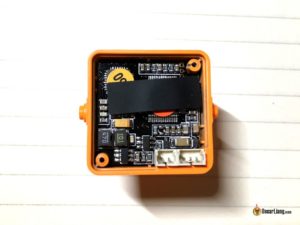 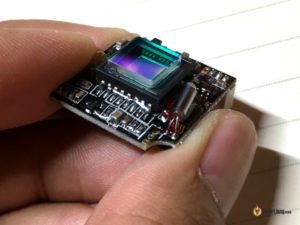 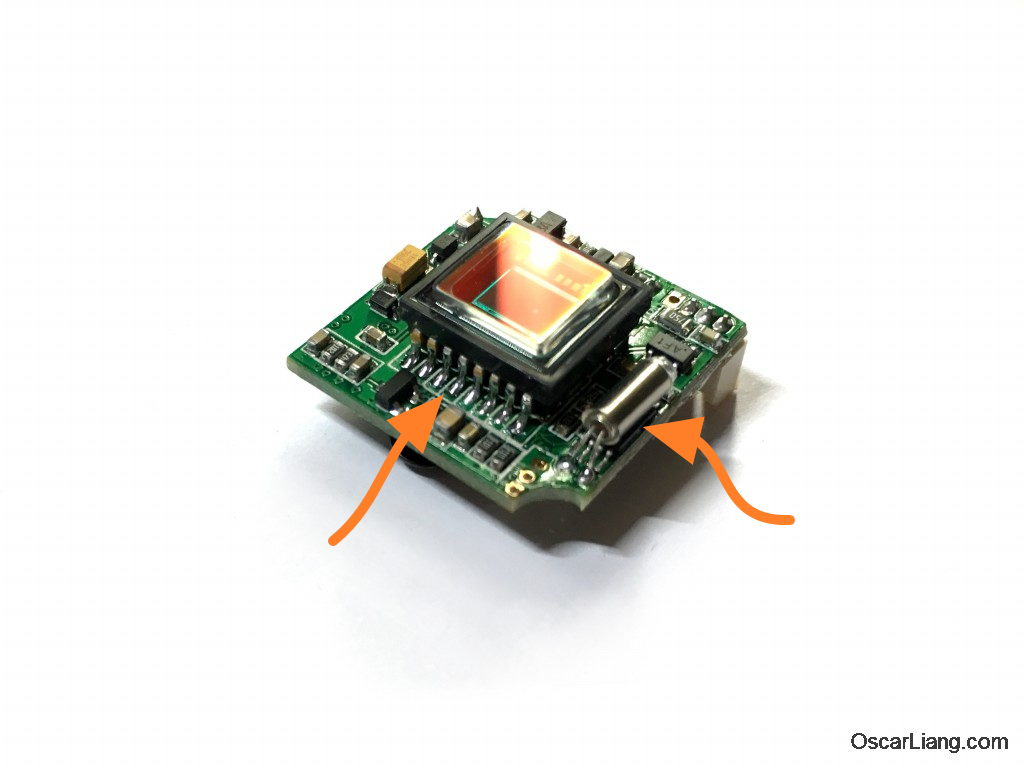 Featured image (on top) taken by Thomas Frost from MI FB Group, showing the CCD sensor got ripped from the PCB after some crashes.

The following are solutions to this, but be aware that these fixes can only reduce the chance of damaging your camera, but any camera can break in a big crash.

Simply put a blob of hot glue under the Crystal to hold it and prevents any vibrations.

Not the prettiest example here, I probably used too much glue :-p But be careful not use too much glue, otherwise you might be unable to fit the PCB back in the camera case. 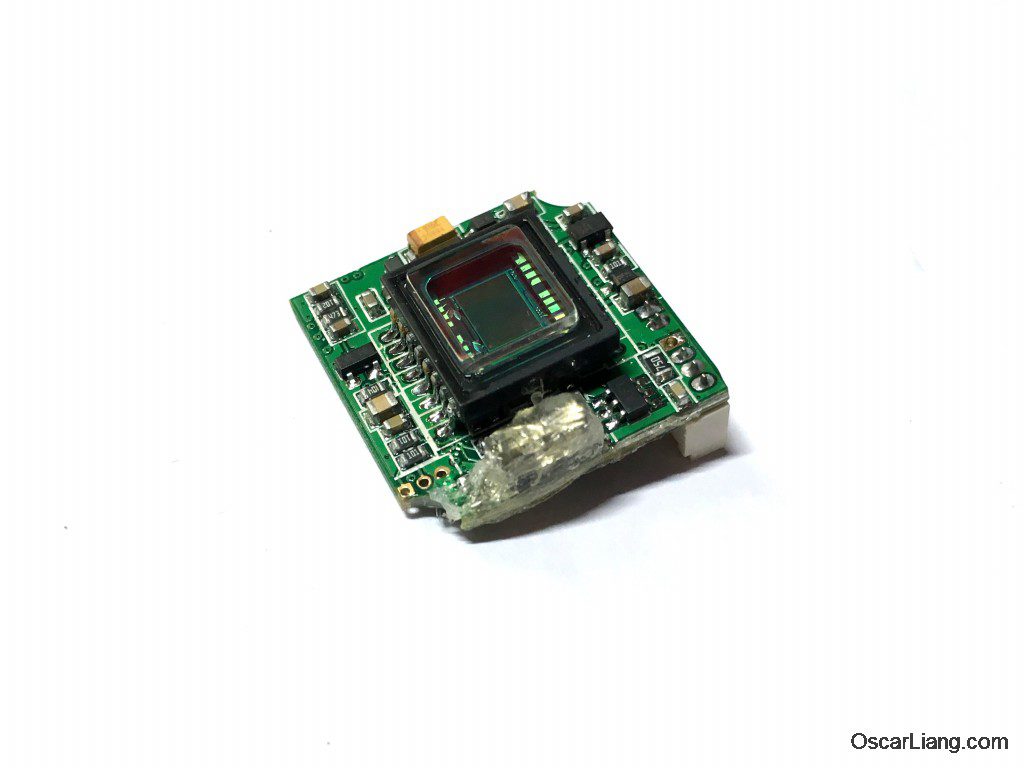 Another weak point is the CCD sensor unit, it doesn’t have much protection against impact, only held in place by the tiny legs that are soldered on the PCB. In a crash it will put stress on those solder joints, and eventually it can get ripped off the pins. One fix is to use epoxy glue to secure those legs on the PCB. RCModelReview did a good job with this:

Foam on the back

A quick and easy solution suggested by Runcam is to put a small piece of anti-vibration foam on the back on the PCB, to stop the board from moving or vibrating during flight or crashing. 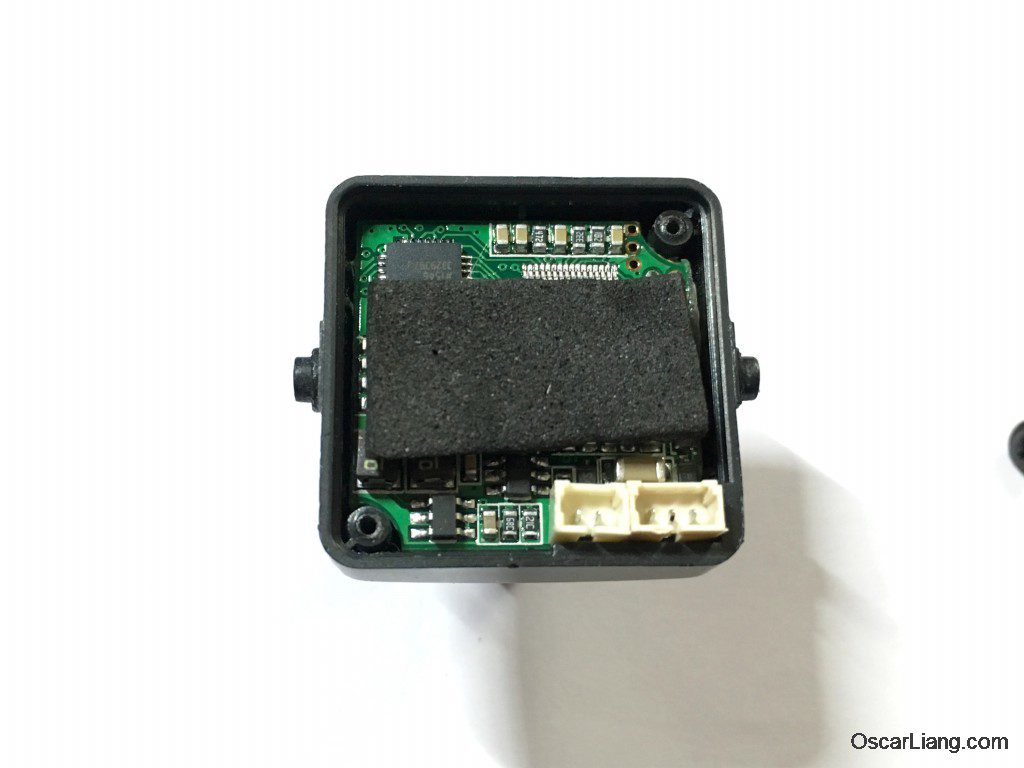 You can choose to do any or all of the above protection methods.

hi,
six mouth after doing the mod …my cam become whiter and whiter …like cloudy … i think the epoxy i put on the board generate some vapor or somethink ..
i open the cam and project air …but the image is still cloudy whith e white screen effect…
so be carefull with chemical epoxy on the board …

It’s still prudent to remove the board, and put a little servo tape on the inside edge of the case as a sort of shim for the PCB. This will stop a lot of camera vibrations that are still present. It’s kind of like vibration mounting, right? XD

My Swift died after a crash, couldnt see any problems at all on the board, so I decided to heat the oven up to 270c and put it in for 40seconds, this fixed it and also fixed my original sp racing board too..

Use this method at youre own risk tho, but if its dead then youve nothing to lose ;)

Hi !
Great article :) I must say that I ordered a swift recently and it cam with glue on the crytal and a piece of foam on the back ;)

Yea they have fixed the problem apparently.

Done… epoxy on the CCD and hot glue on the crystal.

Also, a good sugestion is to put the tiny screws in the side holes in case you don’t need it for securing the cam. Those holes are connected to the inside of the camera so if you leave the case WO the screws, dust and sand could enter into it and rest in front of the sensor (I opened mine for doing this improvement and found lot of sand inside!).

Hi!
one day after having a rough landing with my flying wing I saw your Post , like you discribed it, after one landing my camera died, i opnened it up but nothing came loose, do you know what else it could be? I only get a grey screen, ive ruled out that its something else, it is the cam.

i think it would be better to contact Runcam directly, send them a picture of your “grey picture” they might be able to suggest something useful?

I had the same issue. It’s almost certainly the oscillator crystal. Mine had a tiny (not visible to the naked eye) fracture in one of the wire filaments that connect to the board. I had several cutouts to grey/black and then it just stayed that way. I was lucky enough that I was close and was able to land safely.

I fixed the issue by bridging the broken filament with a tiny bit of solder and then reinforced the whole component with hot glue. The camera works again!

My few cent’s for glueing crystal.
Hot glue it’s not best choice. It’s good and almost everyone uses it/has it.
But in some cases it not holds well to PCB.
Good option after hotglueing is use hotair gun and heat it after puttin hot glue at crystal and PCB.
I’ve had two cases that hot glue after some time stopped holding to PCB and after that i lost vision ;)

Now to glue crystals to cameras i use that glue:

It’s very good glue because it’s elastic after curing. And most important thing it holds well crystals to boards.
Now i’m using it all the way.
You can get it on ebay for about 2$. I’t multi-purpose glue.

that’s some really professional tips :) thanks Bartek I will looking to the B7000 glue :)

Just don’t overheat the sensor. Don’t use a construction hot air gun. Instead of fixing, you can damage the sensor and/or other component.