This week I am building the BetaFPV X-Knight 5″ Toothpick – a 6S 5-inch FPV drone under 250g including battery, using the X-Knight frame and some other components from BetaFPV.

You can actually buy the 5″ X-Knight pre-built if you don’t like to DIY:

Or you can get all the parts separately and build it yourself like I did! This way you have full control on what components to use.

They used analogue FPV camera and VTX in the X-Knight BNF, but I decided to use DJI FPV system instead because of the better image quality. I can already see myself failing the 250g goal here because of the extra weight from the Caddx Vista :D

Watch out for the LiPo connector and decide whether you want to use XT30 or XT60. I think both would work fine for this build.

And BetaFPV forgot to send me the canopy, so I had to get my own :( Luckily, I realized I could just use the canopy that I 3D-printed for the Eachine Twig (because they both use Toothpick style FC).

It already has the Caddx Vista and Crossfire Nano receiver installed, all I had to do was connecting them up to the FC. You can find the STL file for the canopy here: https://www.thingiverse.com/thing:4352790

It was very simple, the four arms are sandwiched by two plates. The arms measure 3.7mm in thickness. The manual is useful for pointing out what bolts to use.

But what it missed to mention is the installation of the LiPo strap and protection plate. I think it’s best if you put the strap through the bottom plate first before installing it to the rest of the frame.

Should you use the LiPo protection plate? Definitely, especially for 6S packs, or they will become like this after a few crashes :) 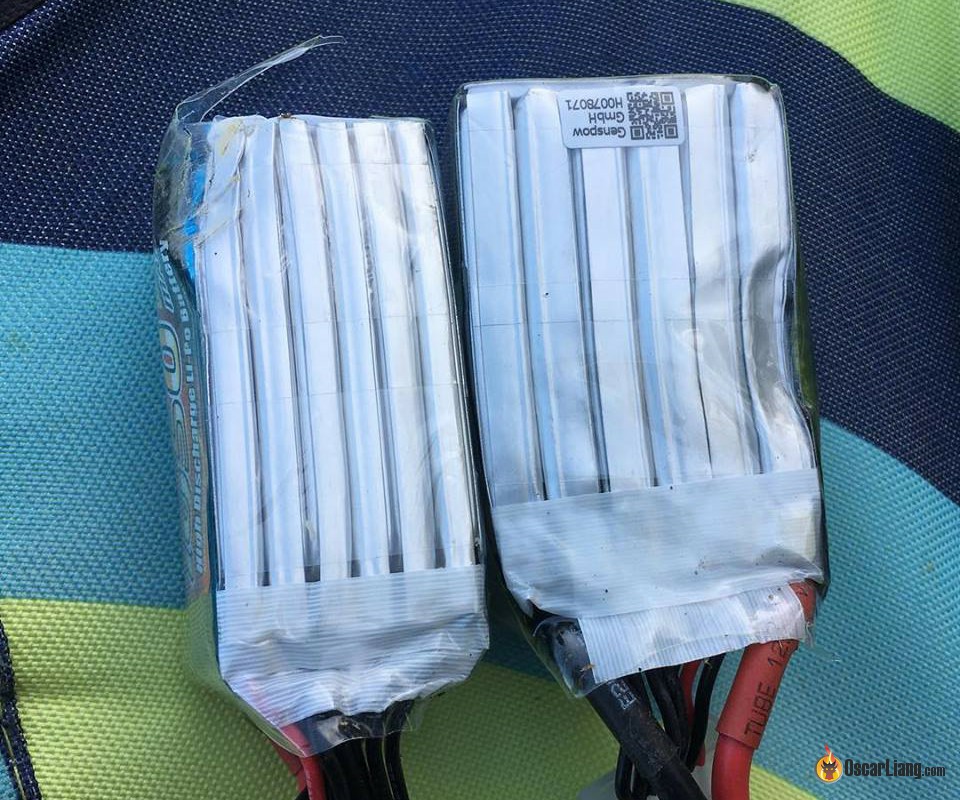 The 1606 motors from BetaFPV have 1.5mm shaft and M2 holes for holding the props. This design saves quite a bit of weight compared to the traditional M5 threaded shaft design.

The bolts that come with the motors seem to be slightly too long for the X-Knight frame, they are 7mm and could be touching the motor windings. I recommend getting some M2 6mm for this frame.

The flight controller is the BetaFPV F4 AIO with built-in 35A 4in1 ESC. Everything is in one single board, makes it super compact.

This board is a “whoop size” FC, which means the mounting holes are 26x26mm.

The ESC’s are actually BLHeli32 – not BLHeli_S that we commonly see in the smaller versions of this FC (the 12A and 20A).

Here’s the pinout diagram of the BetaFPV F4 35A AIO.

Again, like the smaller versions of this board, they listed “three UART ports” in the specs, but in fact there are only two UART’s. The “3rd UART” is actually just a soft serial port they pre-configured for you, labelled as T6 and R6 on the board. You can learn more about this here.

With DJI Air Unit and Crossfire, all I need are two UART’s so that’s all good.

When I was installing the rubber grommets, one of them broke. Luckily it comes with a spare one!

Soldered the motors, Vista Air Unit and Crossfire RX to the FC.

As well as the XT30 pigtail and low ESR capacitor that comes with the F4 35A FC. I am using XT30 here because the 6S batteries I bought have XT30 connectors. Since this is a 6S build and the motors are relatively small, I don’t expect it to be drawing many amps and I think XT30 should be able to handle it. Not to mention XT30 is lighter as well.

To accommodate the 1.5mm motor shaft, we need special props that have “T-mount” design with M2 mounting holes. Currently there aren’t many options on the market and the new Gemfan SL 5125 3-blade is recommended for this build.

With the hub adapter removed, you can also use them on motors with normal M5 threaded shafts.

Finally, install the canopy on top of the FC, and that’s it! Probably one of the most simple builds I have done in a while :)

Unfortunately, this build weighs 271g including a 6S 550mAh LiPo battery, which is 20g higher than I planned :) I think most of that extra weight comes from the Vista and the canopy. I could probably trim the motor wires, and use shorter XT30 wires as well to shave off a few more grams. Anyway I am still quite happy with this build, very impressive all-up-weight given this is a 5″ quad powered by 6S :)

It’s fun flying this quad, you can fly full throttle all day long and it won’t care :D Voltage sag is insignificant because the motors aren’t drawing too much current, only around 20A in average at full throttle.

It’s super quiet too, even at full throttle it doesn’t sound as loud as a typical 4S 5″ quad with 22XX / 23XX motors. You can hardly hear it when it’s more than 100 meters away.

Here is a quick flight, I forgot to put Vista back on FCC mode after updating firmware, hence the limited 25mW and blurry image.

However it’s not as fast as I expected, you can even say it’s a little sluggish. I think the motors are just too small for 5″ props, simply not enough torque. The 1805 motors might be a slightly better choice, although they are heavier and it would be more challenging to keep this build under 250g, they will be more responsive than the 1606 for sure. Brotherhobby recently released 2004 motors for this type of builds, so those would be interesting to try out too.

I can still manage some freestyle moves with it, however it struggles occasionally when pulling extreme maneuvers, again, due to the small motors. And how about racing? Maybe, it’s quite nimble and able to turn on a dime, but the arms are so skinny, I really don’t think it will take much to break them :)

With all that said, I do see long range potential in this rig, as I mentioned, flying at full throttle it only draws around 20A, and I am able to get 3.5 minutes of flight time on just 6S 550mAh (cruising). Long range is definitely something I want to experiment with this quad in the future, maybe with 6S Li-Ion packs :)

The benefits of the 1606 is the lighter weight, but they also have less torque than the 2004 with wider stator size. Combining with higher KV, these new motors should make it more responsive and powerful, especially when handling extreme maneuvers.

After changing the motors, the weight is 9g more, which is acceptable.

I’m interested to know if you are just using the default pid tune to n 6s? I recently built one of these with my club, and we have the 1805 1550kv motors. I usually start out using the UAVTech presets, but sometimes they can be touchy with 6s builds! Hoping to hear your input!?