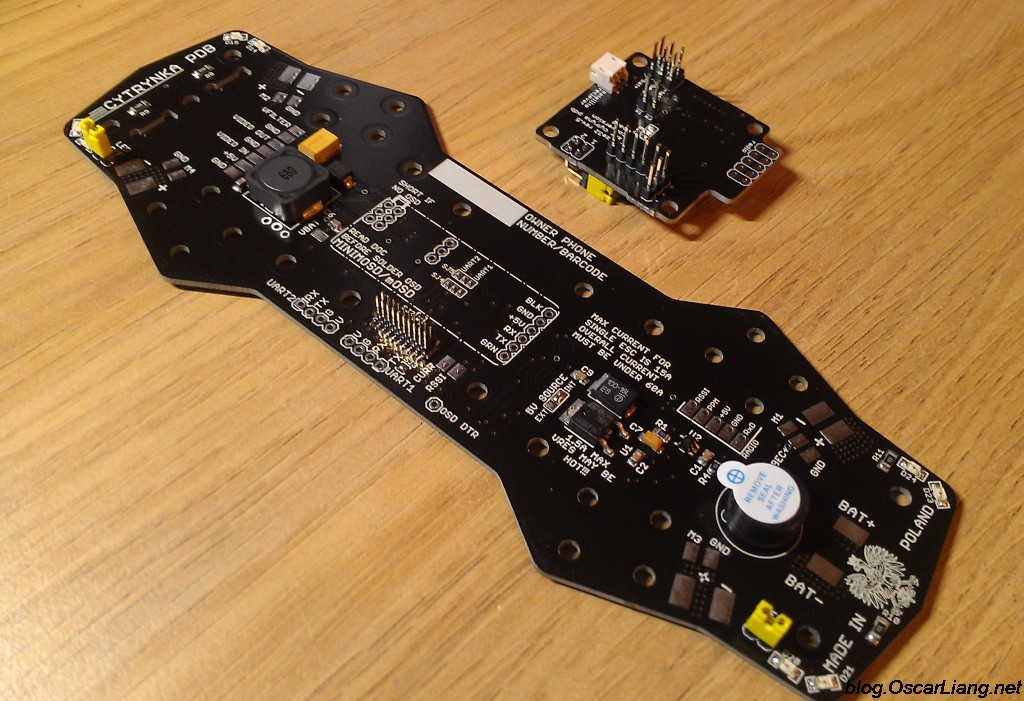 A few weeks ago we received a PDB from FlyingLemon, designed specifically for the ZMR250 Frame. This is by far the most sophisticated PDB I have seen for the ZMR mini quad, and I can see how much effort the developer has put into this project.

Get your Cytryna ZMR250 PDB here. By the way Cytryna means lemon in Polish. :)

We have seen the Diatone PDB and Overcraft PDB for the popular ZMR mini quad frame. These boards are relatively simple, and makes wiring much cleaner, also provides onboard UBEC and LEDs. The Cytryna PDB not only offers these options, it also has many other awesome features that makes it stands out.

Yes! It comes with a integrated current sensor, which is compatible with the Naze32. 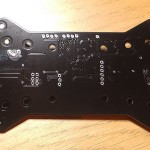 It comes with a Flight controller conversion board for the Naze32. It’s optional but it completely eliminates the need for wiring. This is the beauty that sets it apart from other PDB. 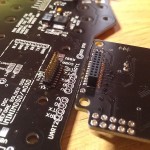 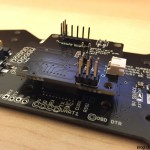 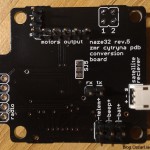 The whole system is fully compatible with MinimOSD, and enable you to use UART2 on the Naze32 for the OSD, and leave UART1 for your USB to FC connection.

I really like the design of the circuit, and where the pins are: video/FPV pins at the front, and radio pins at second half of the board. It even provides pins for MinimOSD firmware flashing and configuration which is never seen before and very handy! 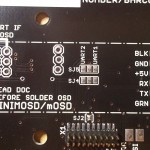 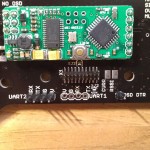 There are a lot of jumper bridges on this board, these are the options on how you want to use this PDB. The amount of freedom you get on it is simply amazing.

And here in the white space you can write down your phone number in case you have a fly away and someone finds it. 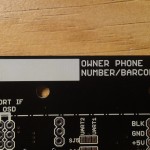 It offers soldering option for a voltage regulator in case you run 4S, but want 12V for your FPV gear, or you simply want to install a power filter to reduce noise in your power supply. 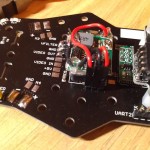 Given all the good things mentioned above, there are things I think can be improved with this PDB.

The rated current limitation is a bit disappointing which is only 60A. The board was originally designed for 3S setup, but it should be fine for 4S. FlyingLemon is coming up with a new design for 4S racers very soon as far as I know, that should be able to handle higher current :) 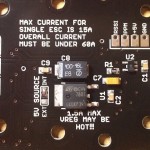 The 5V voltege regulator generates quite a bit of heat, not sure if it’s just the unit I received. It even heats up the whole board and standoffs as well, which i don’t see happening in other PDBs I have worked with. However FlyingLemon reassured me that it should be fine.

I like the idea of having conversion board as it’s really clever. But, it’s a two edged sword. Having to solder the Naze32 on the conversion board, that is permanent. Imagine you have a damaged Naze32, then you are in trouble as you need a conversion board replacement.

And you won’t be able to use your Naze32 elsewhere either.

Me and my friend Artur both installed this PDB on our ZMR250. Artur has better luck than me and he successfully put his Cytryna Mini Quad in the air. Here are some of his build pictures. 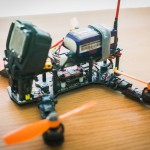 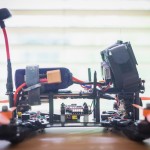 I was having some technical difficulties, first it was the Naze32 that died, and I had to contact FlyingLemon and wait for a conversion board replacement. When it’s arrived I somehow damaged the MinimOSD on the PDB. It seemed like I had to just replace the whole PDB, get a new MinimOSD, and start over again. Maybe I will try again later when I have more spare time. Here is how far I was. 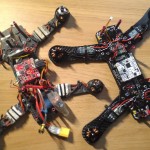 Do you guy use Flip32, Naze32 Rev 5 or CC3D FC? I have bought one of the last Cytrynka PDB for ZMR 250, but there was only the Flip 32 option availible. I woul love to have a conversion board for NAZE32.

Does anybody know, if the current sensor works with Flip32 to? Or only with the NAZE32? I am not sure becaus Oscar wrote “Yes! It comes with a integrated current sensor, which is compatible with the Naze32.” That can mean that he tried only the NAZE32 or that it does not work with the Flip32.

Does anyone here know where I can find a full build tutorial for this board in English? I seem to be having trouble with the video signal through the board. video works find directly powered but wont power up during startup.

Hi Oscar, do you know what the two jumpers labeled 1 and 2 on the conversion board are – they have to be soldered with an angled connector. Tx!

Hi Oscar, I purchased the Cytryna PDB and neglected to notice the 60v max and heating issues. Are there components that could be easily replaced by a diy’r such as myself to increase the max voltage and address the heating issues?

Just FYI, I’m flying already for a while a Cytrynka PDB with 4S setup. CleanFlight/BetaFlight (LuxFloat) with looptime sync to gyro, Cobra racing edition 2206/2100kv motors, BLheli 14 20a ESCs, 5040 hq props. No problem at all. Never noticed any heating btw. I have a second one laying for my other build with Cobra 2204/1960kv motors. Also on 4s. I’m really happy with those boards!