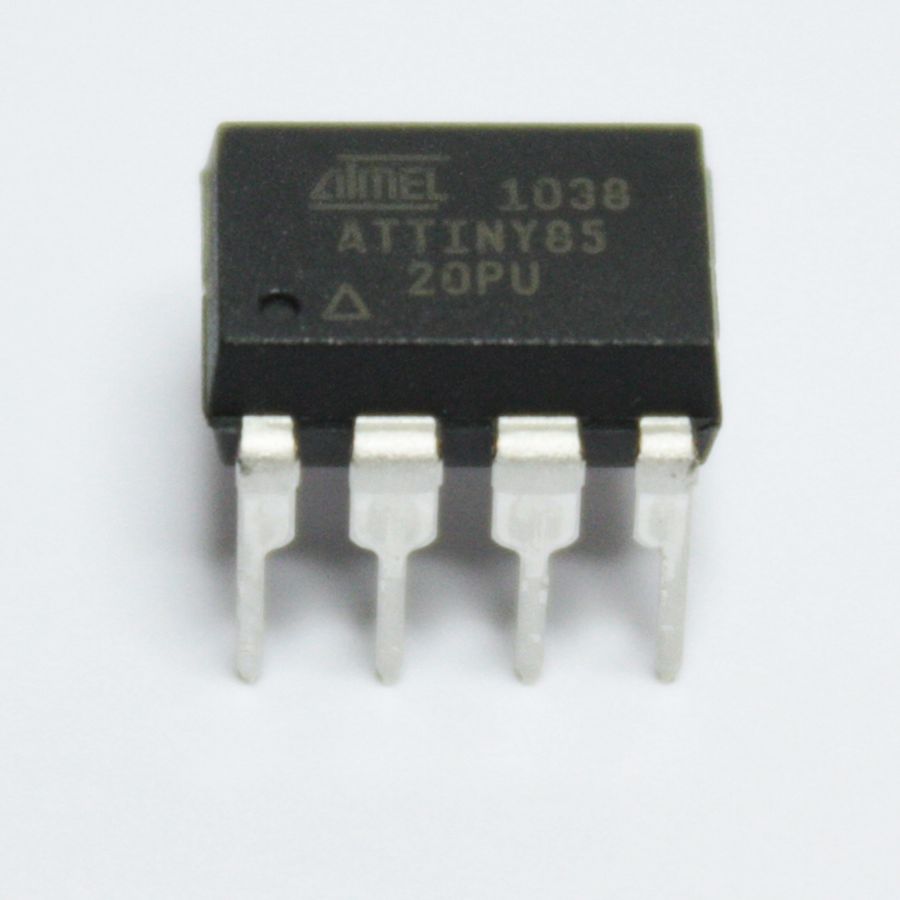 This post shows you how to program ATtiny 85 and 45 micro controllers using the Arduino as an ISP. I also explain the advantages of using Attiny chip over Arduino for DIY projects.

ATtiny is a family of micro-controllers for DIY projects, popular models including the ATtiny85 (8 pins) and ATtiny4313 (20 pins).

ATtiny is like a cousin to the ATmega, which is the MCU in the popular Arduino boards. One of the main differences is the ATtiny is generally smaller (as the name suggests).

You can replace the Arduino with an ATtiny chip if your project requires only a few simple inputs and outputs. The ATtiny costs less (only about $3), and takes up less physical space. However you will need an external hardware programmer to program them.

In this post i will show you how to easily program an ATtiny85 and ATtiny45 using an Arduino board. Here is a post about how to program the ATtiny2313 and ATtiny4313.

I learned how to program ATtiny 45/85 from this tutorial (link), it’s a bit long, so I have summarized the steps here.

Adding ATTINY to the list of supported boards in Arduino IDE 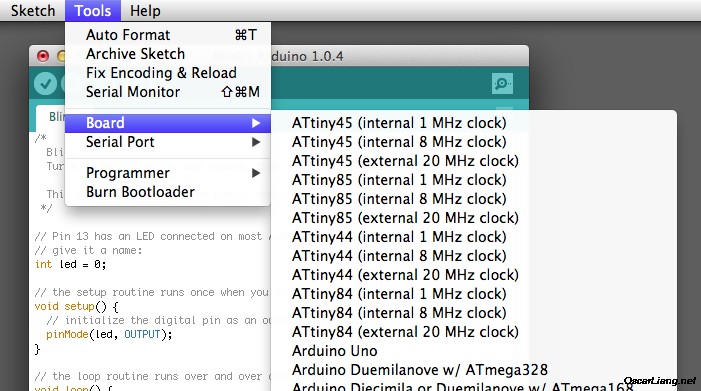 Here is the wire connections between the ATTiny chip and Arduino board in order to flash it. You will also need to connect a 10uF capacitor between ground and reset on the Arduino.

It’s pretty straightforward, if you still need help you can find detailed explanation in this article (link). 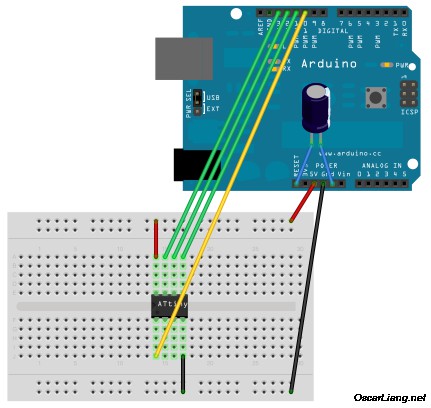 And finally we can try and upload a program to the ATTiny, I am going to use the “blink” sketch as an example here:

This will take half a minute, and when it’s compelted you should see “Done uploading.” in the Arduino IDE console without any error messages.

If you then connect an LED between pin 0 and ground, you should see it blinking. Note that you may need to disconnect the LED before uploading a new program.

Excellent tutorial and amazing blog! im a big fan of your work!