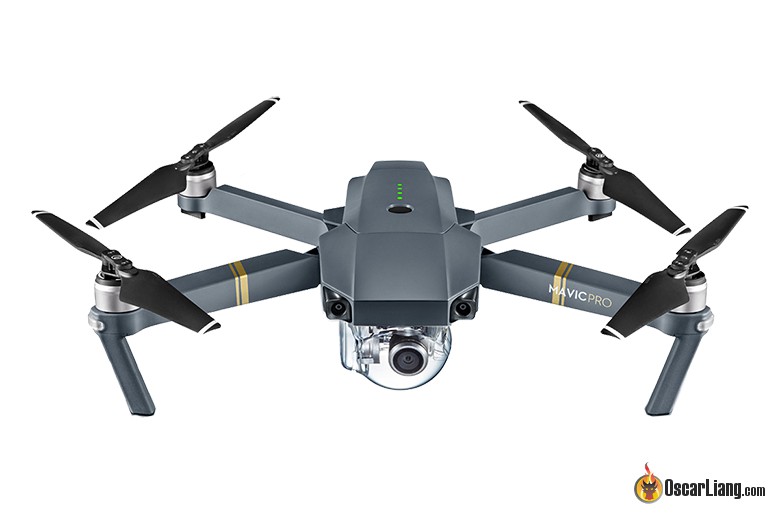 The DJI Mavic Pro is one of the most hyped products on the market just now, with many of the groups, blogs, and enthusiasts talking about how much they’d like one. It seems that DJI have really hit a sweet spot with the Mavic Pro, as many DJI haters and racing drone fanatics are even tempted to buy one, as well as new entrants to the hobby.

This review is written by Matthew Lanham.

Luckily, I managed to get my hands on one, and thought I’d share my initial thoughts with you all. First of all, I’ve never owned a Phantom or any other DJI drones previously, so I can’t compare with them directly. However, I do fly racing drones so I can share some of my thoughts from that perspective.

You can purchase the Mavic Pro from:

Here’s the headline specs that most people will care about:

One of the most attractive features to me is the Mavic’s ability to fold up, and become very compact. I wanted something that could easily travel around with me wherever I go, and would be quick to get in the air. After unboxing the Mavic, I could see that it actually almost fits in the palm of my hand (and I don’t have big monster hands). 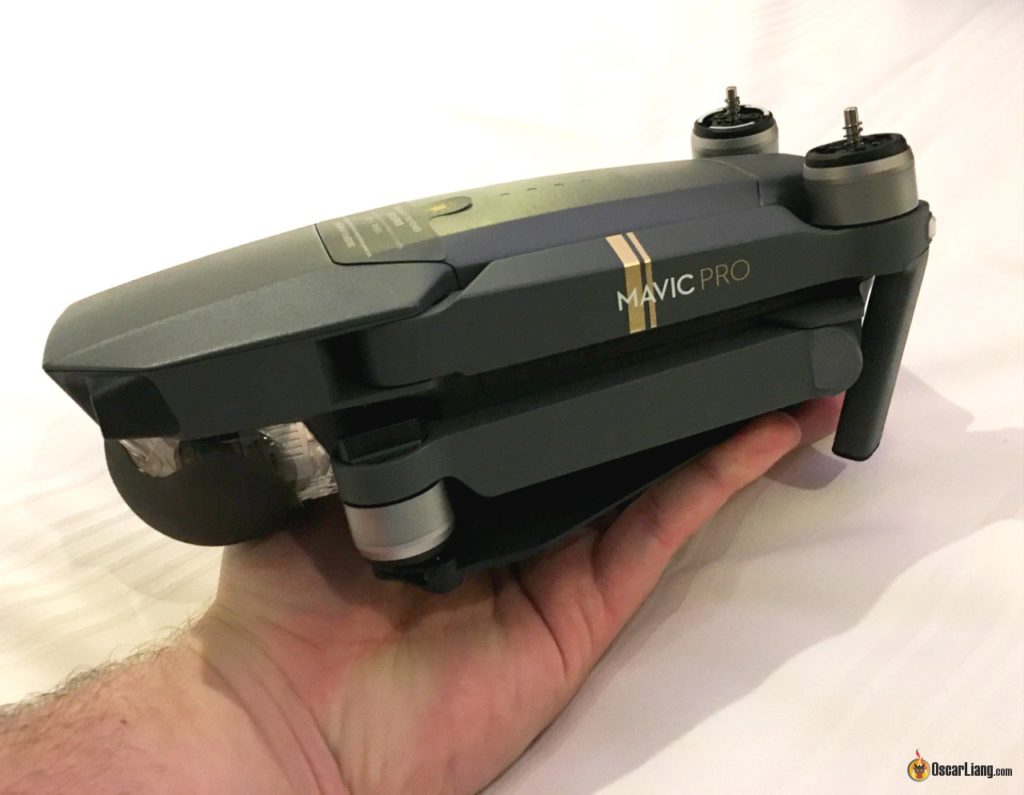 The “fly more package”, which is what I bought, comes with 2 x Batteries, Charging Hub, Car Charger, 2 x Folding Props and a Shoulder Bag. The shoulder bag is about the size of a DSLR camera bag, and whilst a little bit of a squeeze I can get everything I need to fly in it, including the spare batteries, props and controller, as well as the Mavic.

I’ve read some other reviews saying the bag is of poor quality, which I largely disagree with. I did break one of the zips on the inside, but other than that everything else about it seems perfect for what I would need. 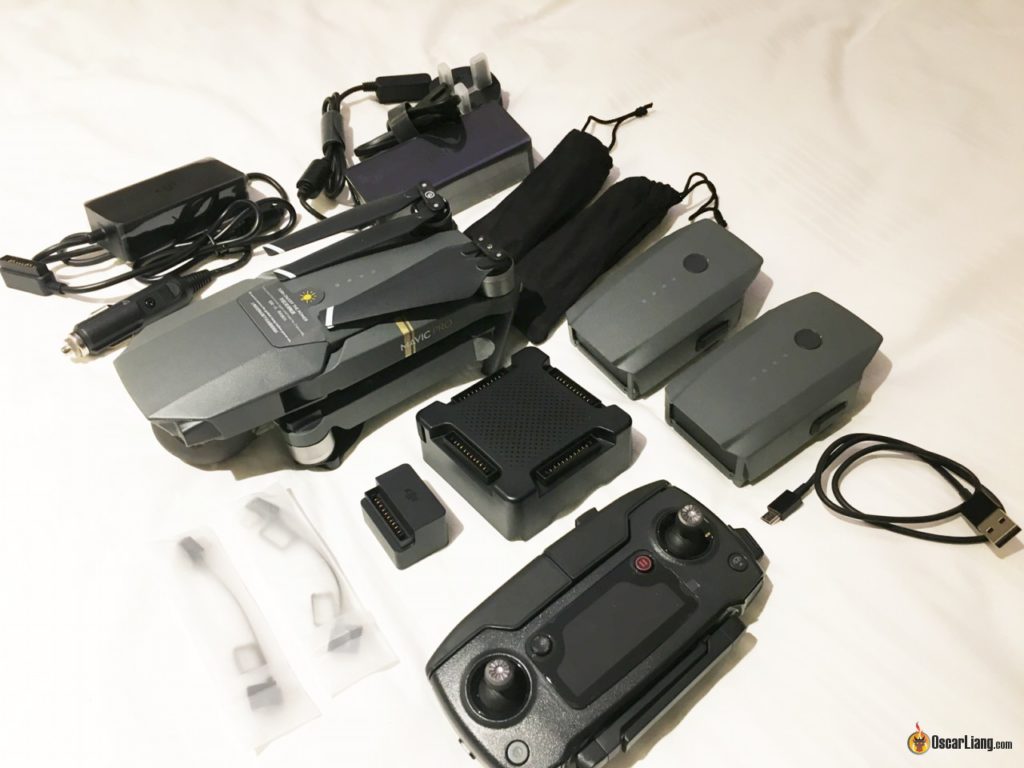 The controller that comes with the Mavic feels really nice in the hand, and the gimbals are smooth. It has plenty of quick access buttons to invoke the various features of the Mavic. The fact that the controller folds away, and is light weight, makes everything about the Mavic super portable, especially when you compare this controller to a regular RC radio TX, like the Taranis. 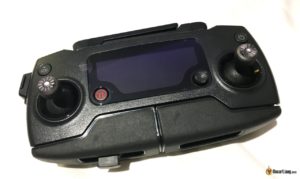 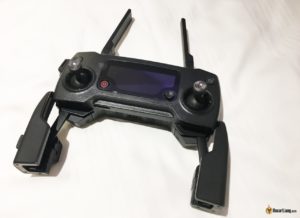 I’ve been using the Mavic with my iPhone 6S and it fits extremely well into the grips, and with the grips folded out sits really well in your hand. If you’re using a different phone or tablet then cables are supplied for the Lightning, Micro USB and USB-C. 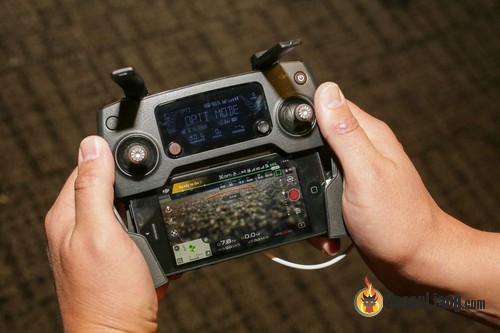 Example Image of the Controller with Smart Phone

The combination of the Controller and DJI Go 4 mobile App provides you with a live HD video stream from the Mavic at 720p @ 30fps. Although I’ve only had a couple of flights, I haven’t noticed any issues with the video feed whatsoever, and although DJI state the latency is around 160ms this is not really unnoticeable.

You have full control over every aspect of the Mavic via the DJI Go 4 app which is available for iOS (Apple), and Android via the respective app stores. This includes all of the basics you’d expect such as the camera and video settings, and flight modes – but also more advanced settings such as rate and expo.

Whilst I’ve only had a couple of flights thus far, I’m really impressed with the quality of both videos and photos from the Mavic. The camera is mounted on a 3-axis gimbal, and is supplied with a Gimbal cover for protection. However in my testing I found it was causing glare in the videos, so I have been flying without the cover.

Here’s a video of my 2nd flight with the DJI Mavic Pro, it was taken at an abandoned castle that’s near to where I live in Fife, Scotland. The video was shot it in 2.7K mode, rather than the full 4K as I was testing some different modes. 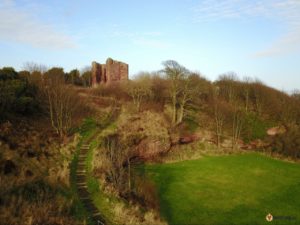 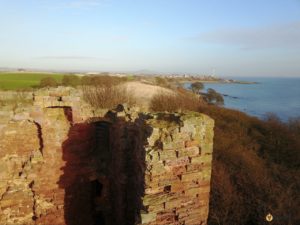 The price tag of the Mavic is £1,099 – or if you want the Fly More Combo it’s £1,359, which seems quite expensive at first glance, but when you consider you are getting everything you need to fly, other than a phone, I think it’s actually good value.

Overall, I am extremely pleased with the Mavic, I am struggling to think of something bad to say about it, if I had to say one thing it would be the charging hub which rather than charging multiple batteries at once, does them individually which makes charging 3 batteries take over 3 hours. The DJI Mavic Pro really is a fantastic machine, and offers a pleasant break from the crazy 3 minute madness that a racing drone offers.

Yea they are nice, and for the price they should be flawless… I would rather buikd a few micro whoops and a racing drone and some very nice goggles and a tx, and still habe money leftover… I think that dji would own the market if they cut prices by about 30%

They already own the market if you know how much money they make :)