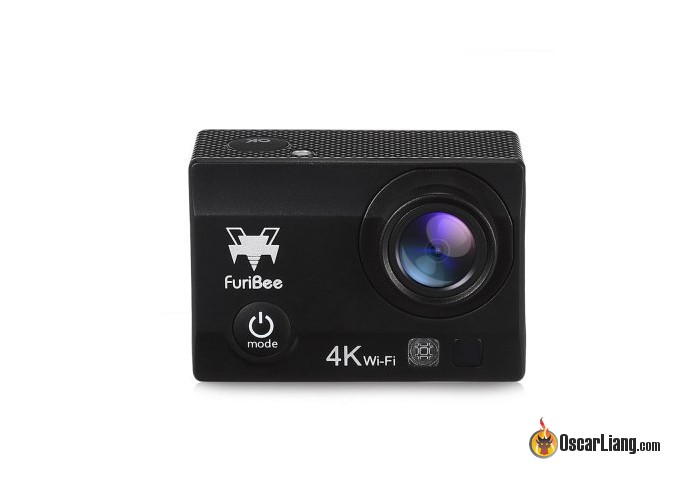 The FuriBee Q6 camera is one of the cheapest HD sports camera that is capable of recording at 4K or 1080p 60fps. In this review we are going to test and find out how good the Furibee Q6 is, and what you can expect from a cheap “4K” camera.

Read our guide on how to choose a drone HD camera. 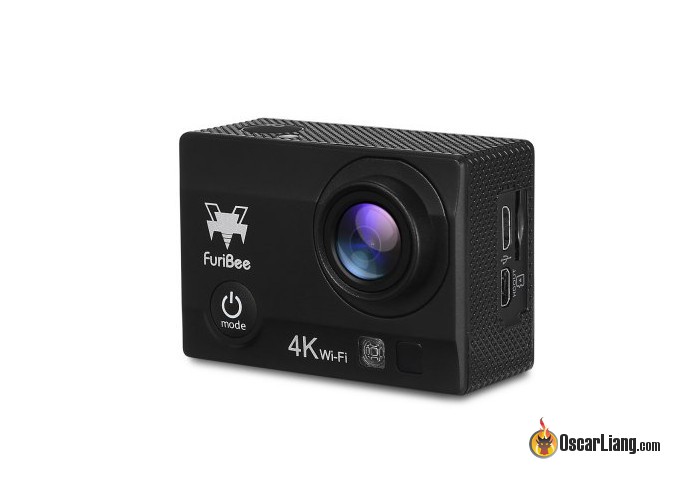 When it comes to HD camera choice for quadcopter FPV, most experienced enthusiasts point towards the best option available – the GoPro. While some of their models are undoubtedly the best when it comes to quality and performance, most budget conscious users look for cheaper alternatives. Crashing my toys at high speeds is the main reason I didn’t mount one on any of my quads yet, but was satisfied with my beaten up, relatively cheap Xiaomi Yi.

Gearbest gave us an opportunity to test one of their alternatives in the cheap sports camera segment.  Let’s find out if it is really a usable option. And I’ll try to be merciful – this camera may cost as low as 35 dollars on promotion (price in US warehouse on 31 mar 2017). 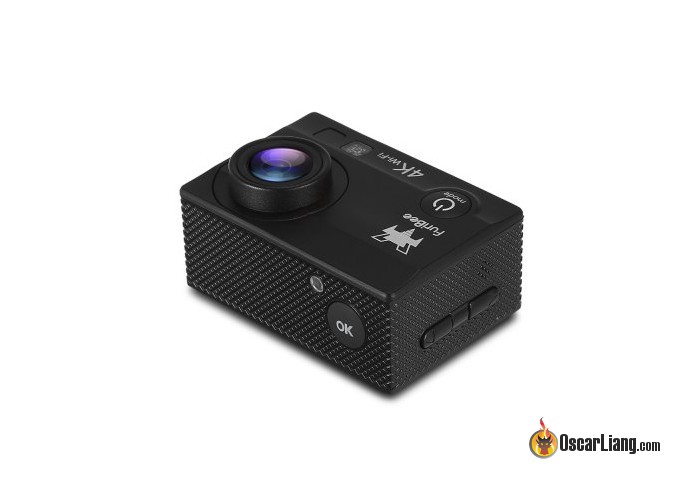 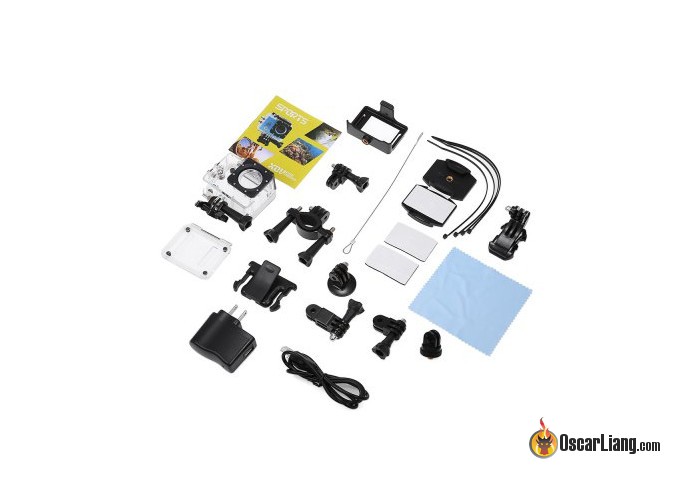 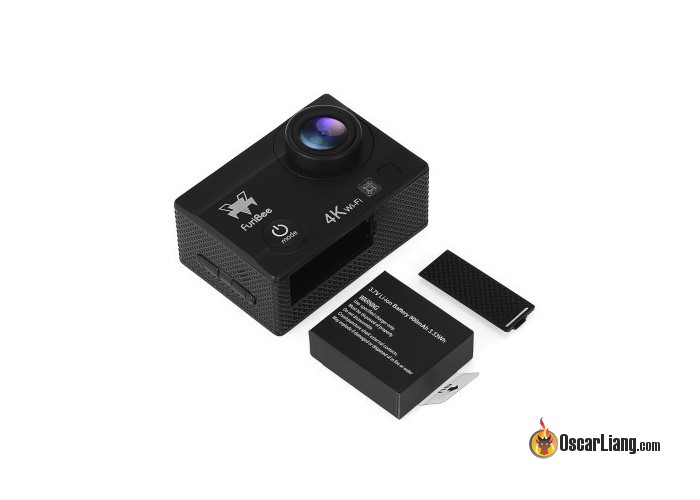 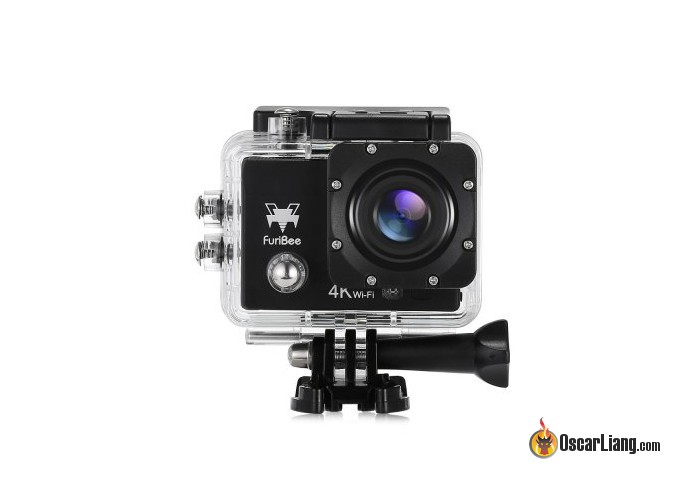 Let’s begin with the camera’s hardware: it comes equipped with a 2″ 320×240 LCD screen that covers most of its back. 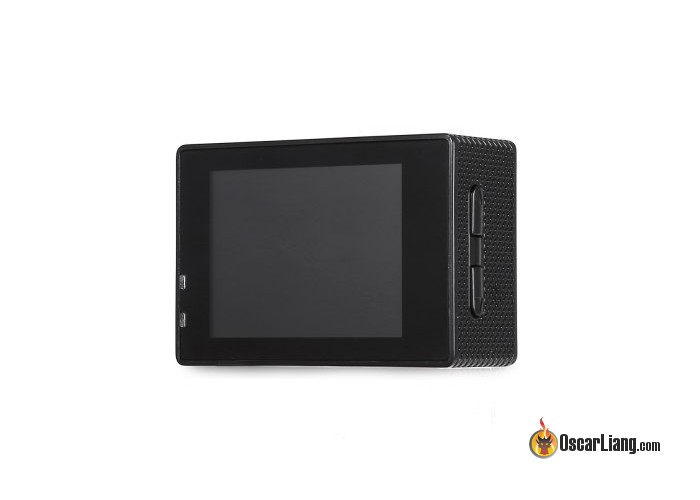 The camera interface seems to be pretty standard solution used in All winner cameras from what I have learned. 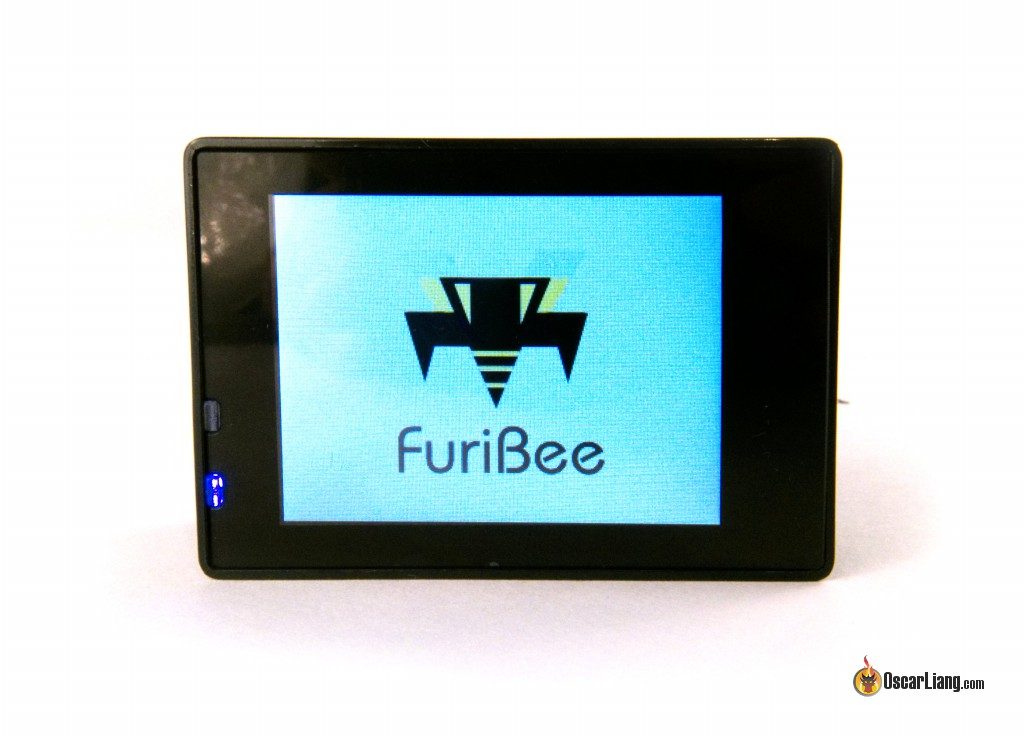 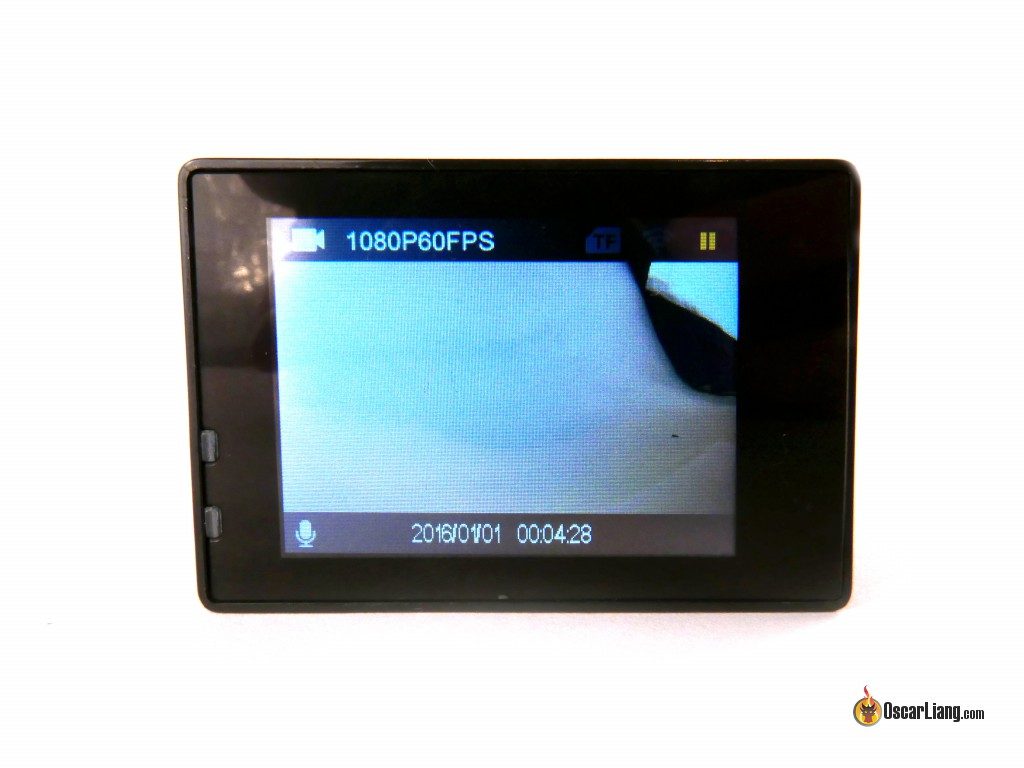 At the beginning, I was going to do a comparison between the Q6 and some other cameras – such as the Xiaomi Yi, Runcam HD and Runcam 2. I made a little comparison jig and even more – put it on a quadcopter. But I figured out pretty soon, that there is really nothing to compare.

What most of FPV pilots need is a solid 1080p 60fps performer that is reasonably light and crash-resilient. I’d even settle with 720p 60fps if video quality was top-notch, but… without further ado… 60fps is just CRAP on this camera. I really tried to be merciful Furibee, sorry… 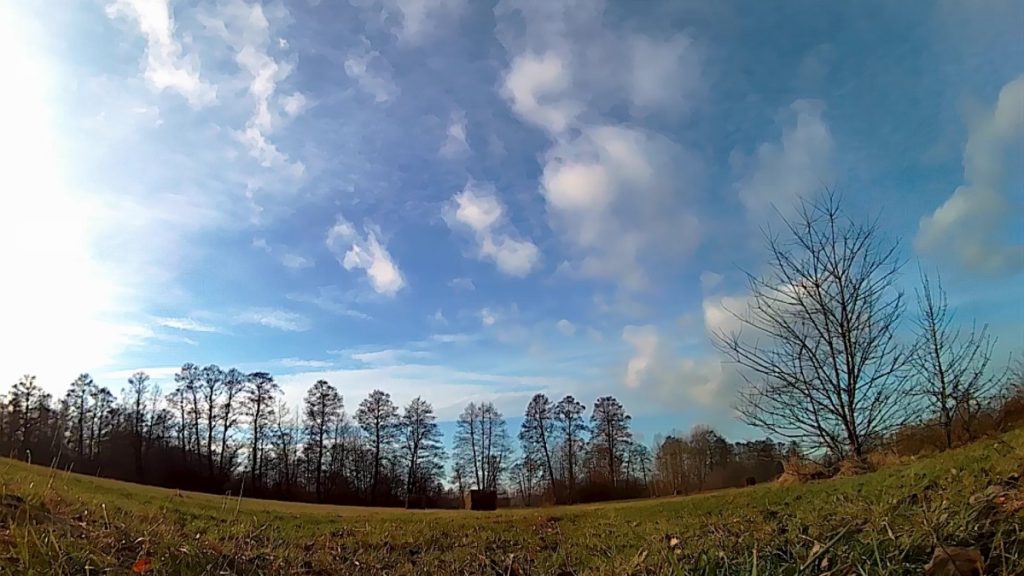 Enlarge that picture and take a look at the details – the clouds look like they are painted by Picasso. The detail on the trees – like the picture was up-scaled from smaller resolution and then heavily processed. I have marked that in bold, because exactly that is the thing that seems to be the source of the issue – the image is so heavily processed that it doesn’t even look natural at all…

Some light handling examples from FPV flight footage at 60fps (this video fps is limited due to my lack of video editing skills :)

As you hear from the flight footage in the end – it sometimes doesn’t record sound. Which is not a bad thing to be honest, since it stores it in 8khz and sounds as bad as Yi – the sounds of conversation are muffled and motor sounds are horrible – footage with sound below.

Can this camera still be used in other modes? I tested other shutter speeds on different frame rates and the quality seems to differ a lot. It is rather bad (pretty words for “butt ugly”) on higher fps, while 30fps modes look a lot better, the image is not processed as much. Unfortunately it lacks that smoothness we are looking for FPV flights (caution – LOUD):

A little more details in the picture here. Take a look at the tree branches. Sorry for different weather conditions – 30fps isn’t something I was looking for initially) 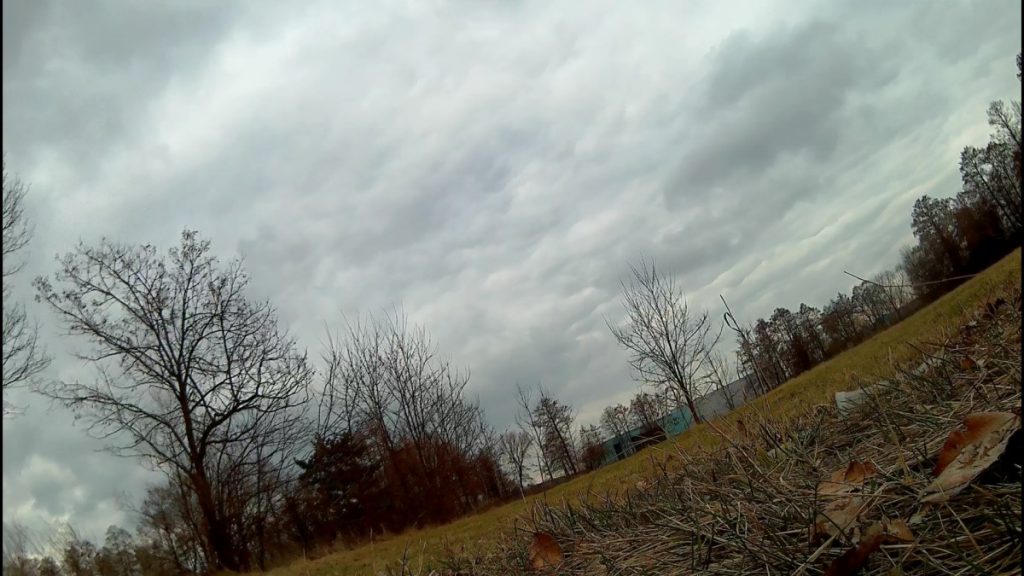 It is better, the image has less contrast (a good thing in this case) and looks less processed. Take a peek on the blurred tree to the left – if camera is pointed towards blue sky, the same spot is infested with artifacts: 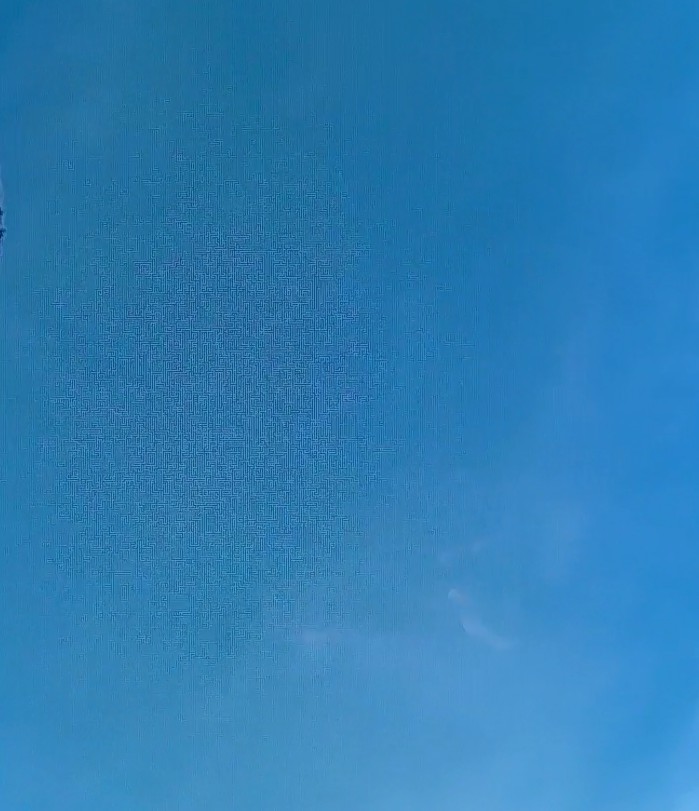 My guess is that something is wrong with the camera sensor.

Other modes in the camera cover slow motion (in 1080p and 720p) and time-lapse which saves video file automatically. Slow motion is using uglier, higher FPS modes, but recording your dog in slow motion is fun regardless of video quality ;)

Durability – Can it be used on a quad?

This is actually my concern about this camera – during disassembly I have managed to break a few wires inside: the LED flashlight (useless for video recording anyway to be honest) and the speaker. But I can show you the insides of the camera now :) 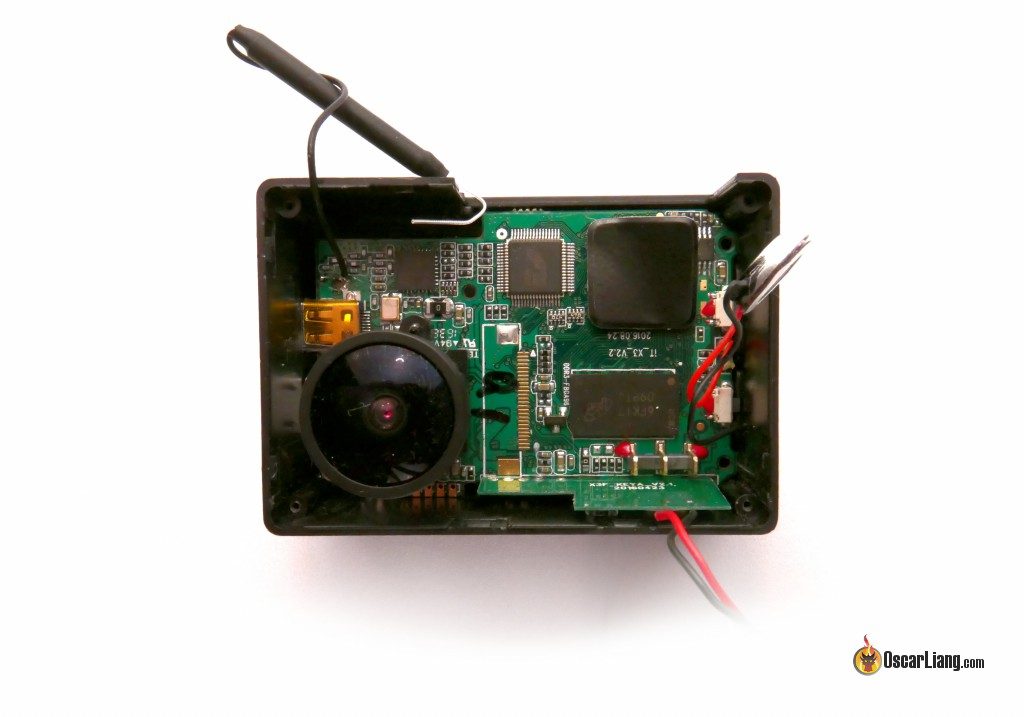 This black thing on the top is a full sized dipole wifi antenna, which was stuffed inside with active part twisted around the lens. I don’t understand this design although it does work, probably just to save cost. It would have been better if it’s a copper trace on PCB.

The screen is another weak point vulnerable for breaking, so covering it during flight could be a good idea.

The bad image quality under high frame rate led me to think that the issue is caused by firmware – the chip is saving footage that seems to be moderately compressed, but the bit-rate is pretty high, even at around 30kb/s (at 1080p 60fps). This makes the file size large but doesn’t make pictures any prettier.

Many cheap cameras are built based on the Allwinner 3 chip, so changing the firmware to that of a different model using the same hardware seemed to be an obvious option for me. Unfortunately, I wasn’t able to flash my unit because it didn’t go into the bootloader mode. But just in case you have better luck than me, here’s a thread that covers the topic of different firmware files: https://www.goprawn.com/forum/allwinner-cams/25-allwinner-v3-sony-imx179-s-and-omnivision-ov4689-action-cameras

Note: Yi is also far from being perfect.

Taking the pro’s and cons into account, I don’t think it makes a good FPV HD camera. i think it could be a dashcam, where image quality and physical durability aren’t the priority.

Would I buy it to use on a quad? Maybe as a cheap backup camera if the main one dies. It still looks better than DVR footage from my analogue cameras.

Forum Highlights #2 – QAV-XS build, Humidity affects flying, How to design your own frame, and more