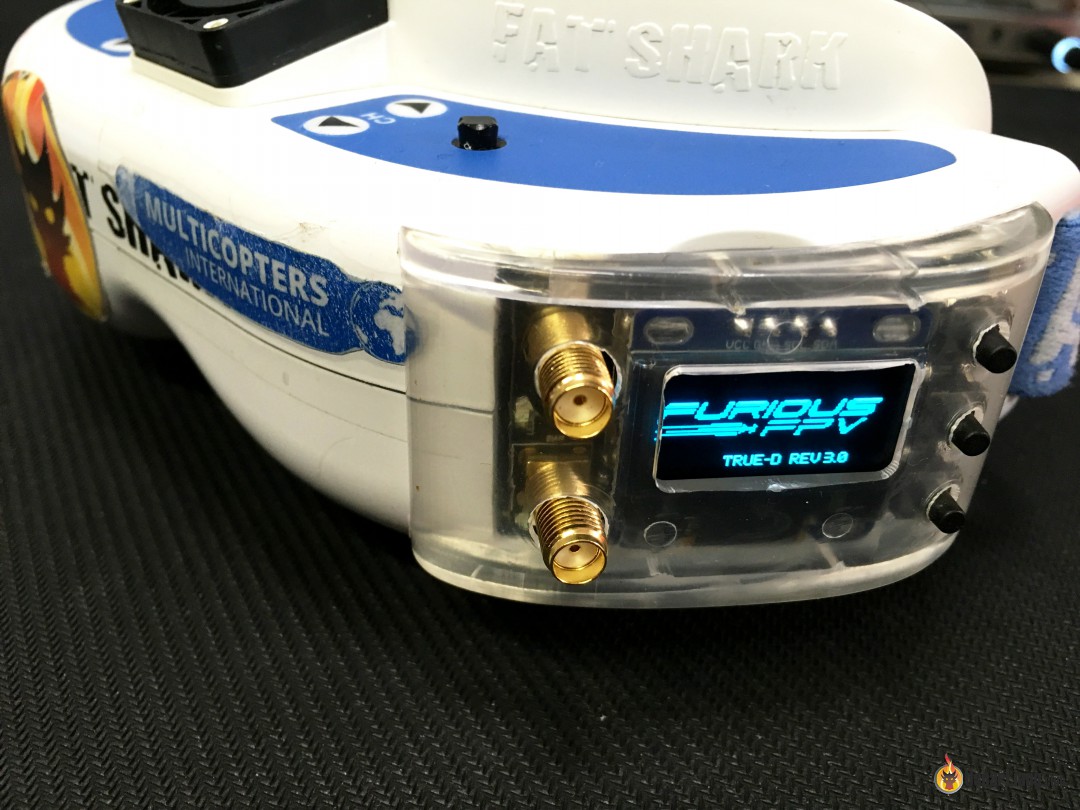 While I’ve been using the original True-D diversity modules, I have to say that Furious FPV has just made it even better with the True-D V3 after using it for a few days.

The True-D Diversity Module is a modular video receiver for the Fatshark Dominator series FPV goggles.

In the True-D V3, not only the software is better, they have also done a good job on improving hardware. But I feel bad for those who only recently bought the V2, as the firmware isn’t update-able (yet). 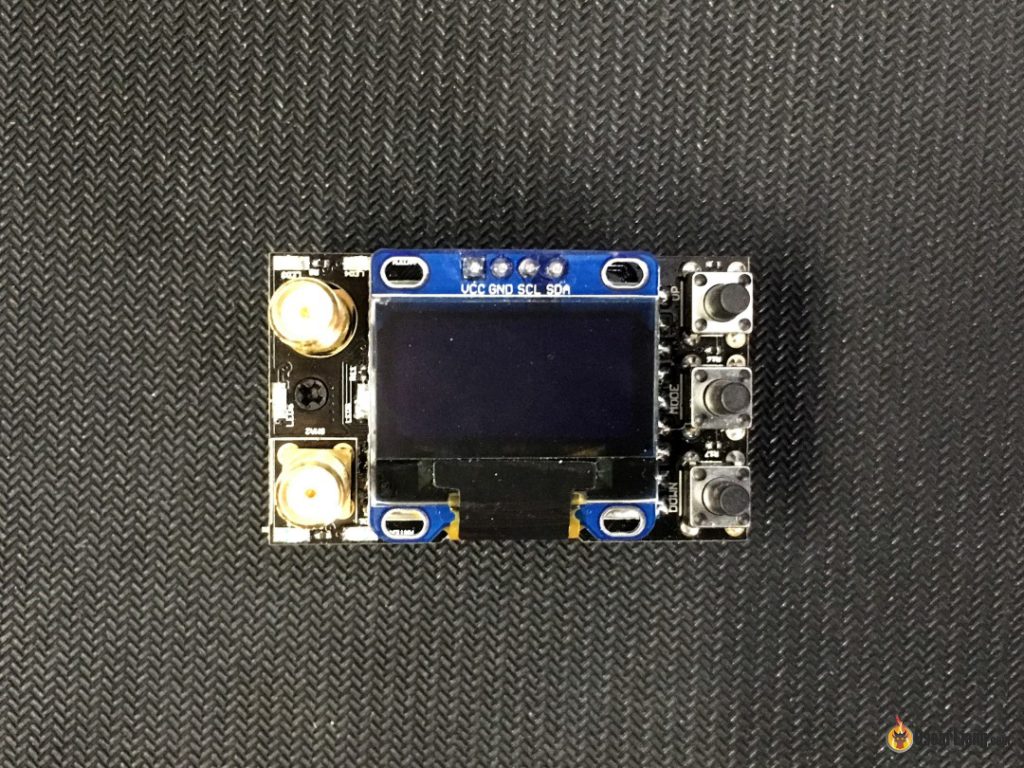 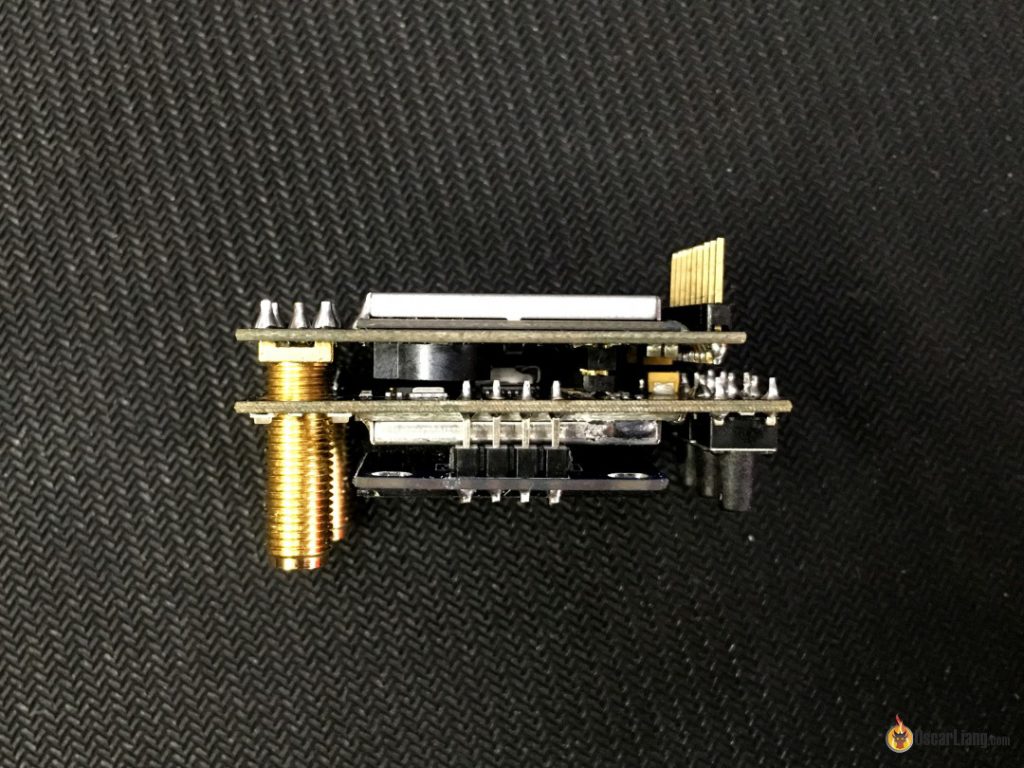 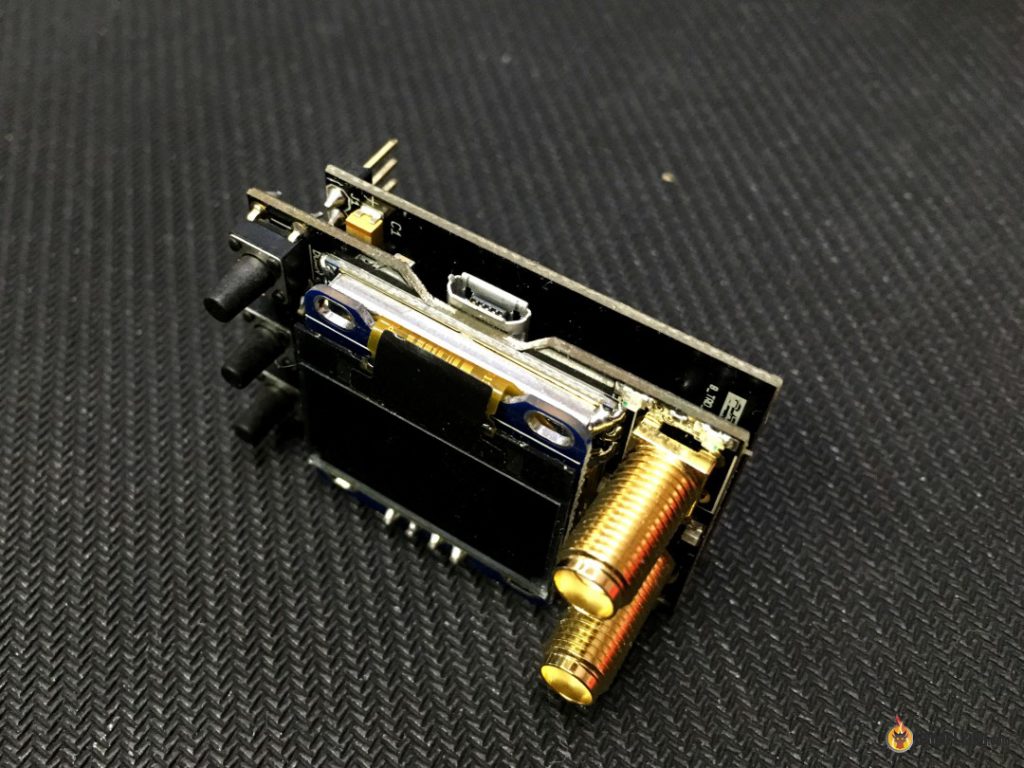 Here is the review of the previous version – True-D V2. Comparing the 2 modules side by side. 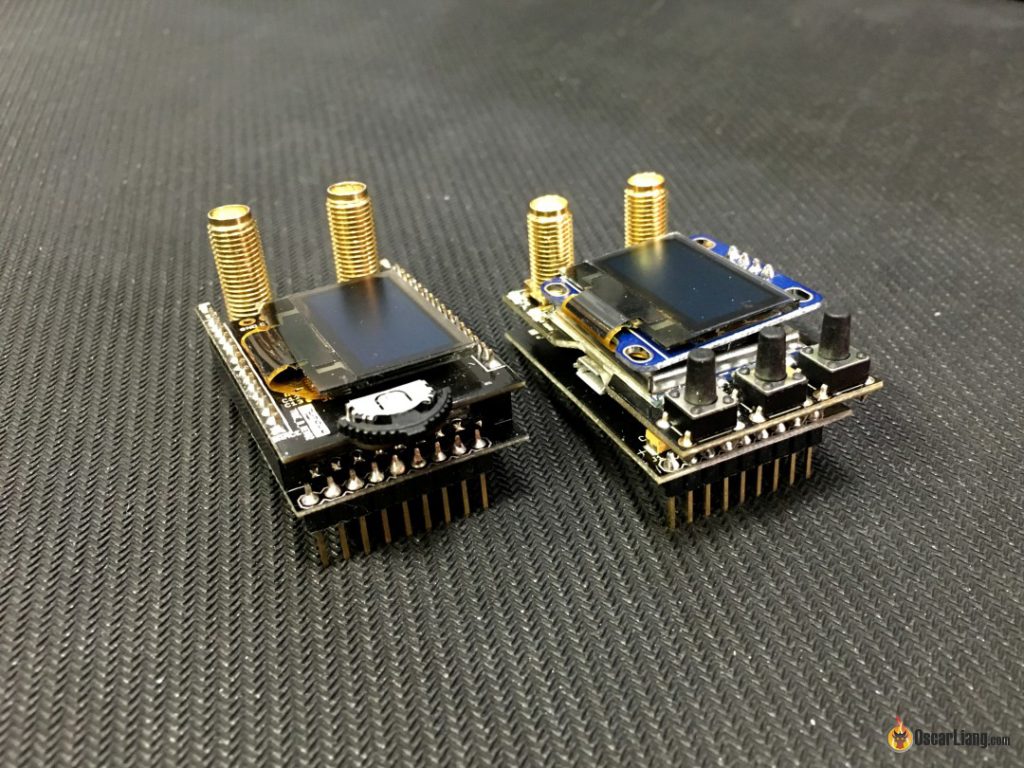 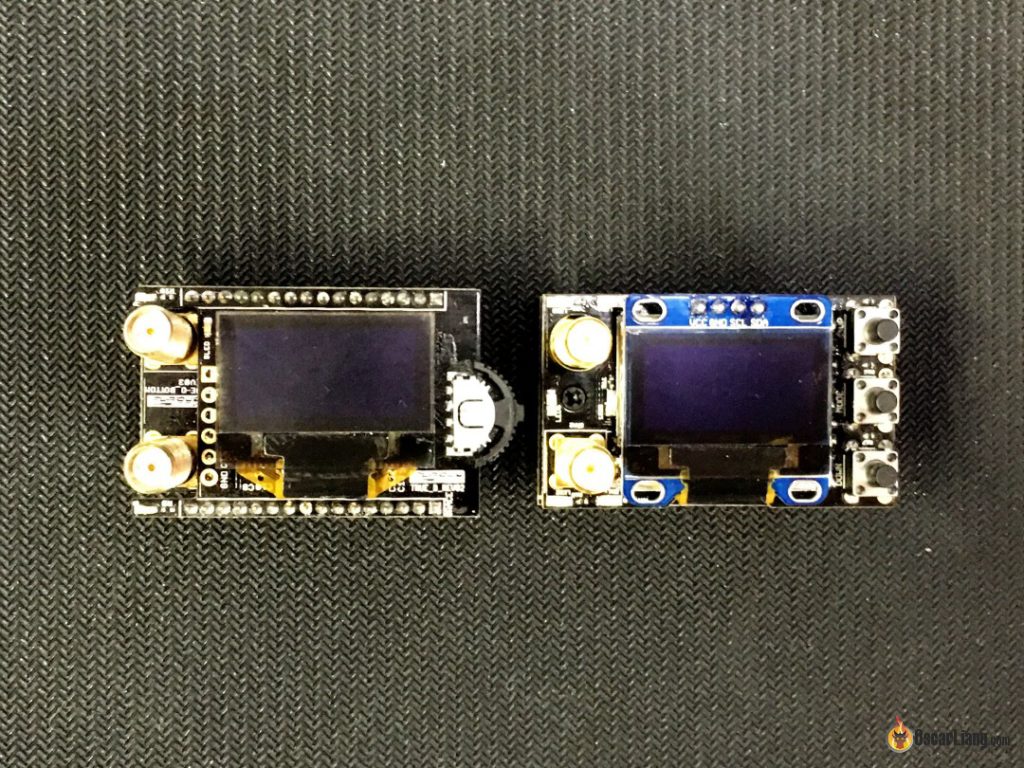 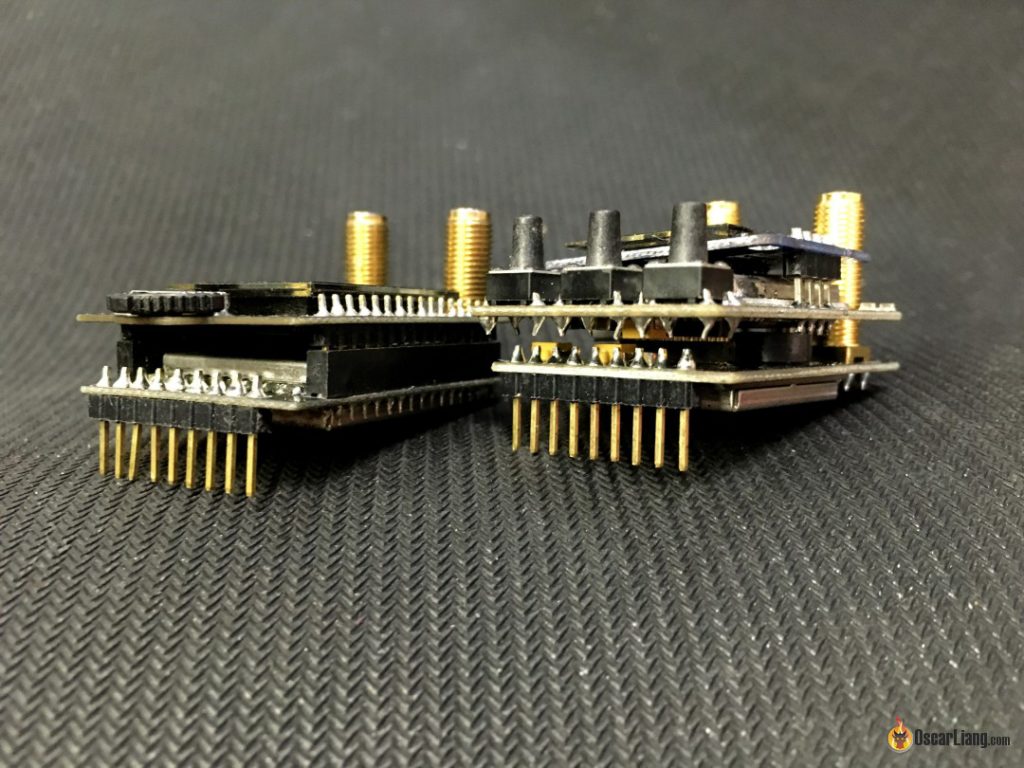 You can see the receivers are built on 2 separate PDB now. 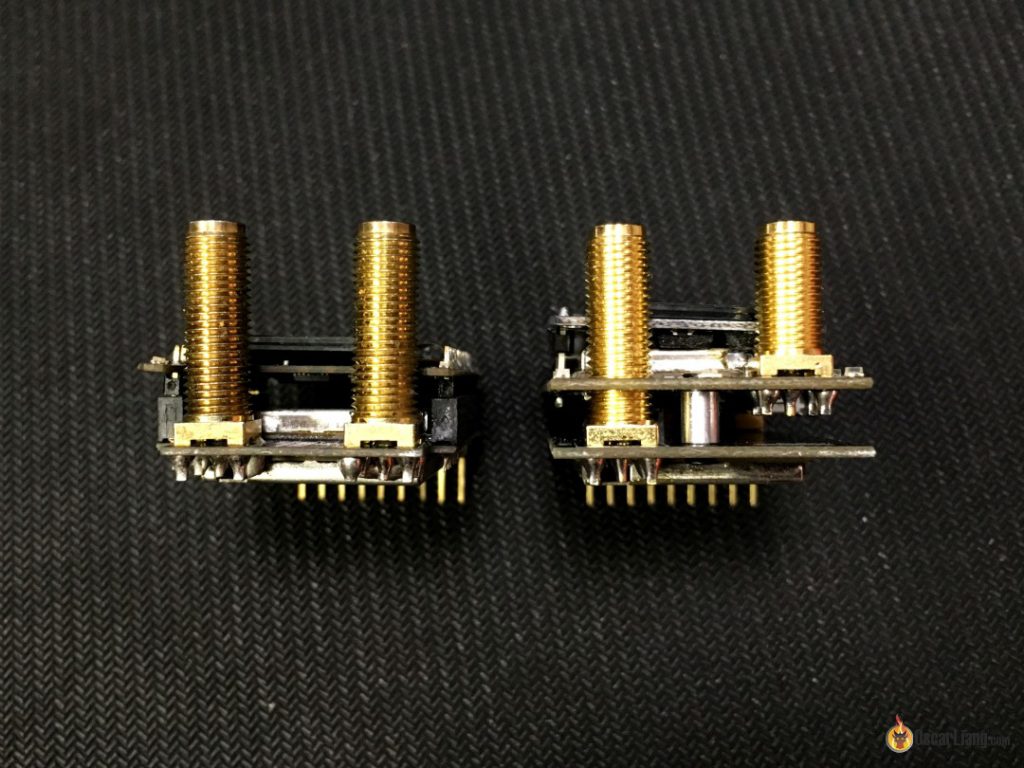 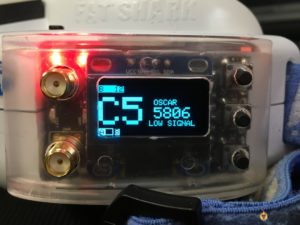 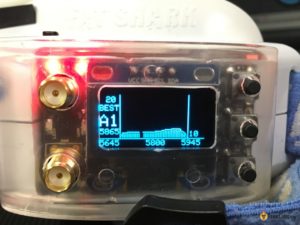 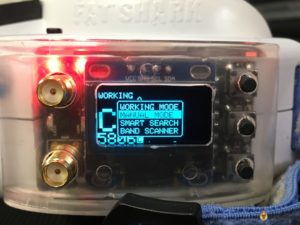 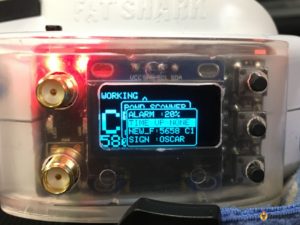 Q: Would the transparent case cause sun light leak?

Improvements I Want to See

A Diversity module offers clearer and more reliable video. The module has 2 receivers, and the system always picks the one with higher signal strength. The real benefit of diversity comes in when using 2 different types of antennas: a directional antenna that offers greater range within a narrow beam, and an omni-directional antenna that gives you shorter range, but the all-round reception.

This video walks you through the basic operation of the True-D V3 diversity module.

A hardware bug was found, please see this post for detail.

Is it compatible with dominator v1. My true D has no power.

I am not sure, Dominator V1 is very old. Find out from its specs and see what current it can provide at the 5V pin, and if that meets the True-D’s requirement? That could be the bottleneck that it isn’t working.

Yes, you just need an analogue adapter this like.

This RX has an issue, which is really not nice…
The Dominator Goggles don’t cut the signal path from the RX Module to the Goggles when you switch to the external input. It just cuts the power of the RX Module.
So the Goggle signal IN, the Module Signal Out, and the 3.5mm barrel connector for the external source remain in parallel, both connectes. The upside is, in this way you can use on Domainator with Video RX, and another one without, and share signal with a simple cable.
The downside is, depending on the RX, it might cause interferences between the (switched off) internal module and an external one. I connected by brand new Clearview 5.8 to my Domin HD2 with this Diversity Module plugged in, and the image was weird. Lot’s of interferences in bright areas, dark ones where fine.
I had to remove the TrueD-Module from my Goggles, then the image of the external Clearview RX was perfect.

anyway to swtich off the leds?

I’m not getting the best quality picture with the new furious v3 and fatshark dom v3 combo.
What screen settings should I start with on my Google’s on as far as brightness and contrast before I try to set up the furious v3 settings?
Thanks!

the VRX shouldn’t have much of an effect on image quality (I assume you are not talking about break up or static).
Your camera has more to do with it, and I found every camera needs different brightness and contrast settings.
If you are still having trouble, try updating True-D firmware to the latest (3.2 now), and do the calibration too!

Can you use it as a lost model finder like i seen joshua bardwell using the laforge with the patch antenna would be great if it works as like the true d v3.

will you damage it if you power the receiver with only one antenna?

No it won’t, I do this indoor all the time LOL

Does anybody know where to get the V3 firmware. Flashed with Rotor Riot firmware now the buttons don’t work correctly V2.1 firmware doesn’t support the buttons obviously.

oh dear :)
You will need to contact Furious on that one, I haven’t seen V3 firmware myself!

Could I hack my Attitude V2 to work with this?

Are these compatible with the Fatshark Attitude V3’s? Is there a different version that is?

It’s not officially supported, but I’ve seen people DIY and fit the V1/V2 in their Attitudes… as long as the pinout are the same they should work.

Dear Oscar,
The new v3 module seems to not be as wide as the V2 which was the problem when installing it in attitude V3 goggles.
Could you please measure the dimensions of both the V2 and v3 modules? I couldn’t find that and one anywhere on the web.

Nice to see that it’s now possible to delete single presets.
The “working mode” was at atrocious to handle and one of the biggest flaws on the V2.
Also, good ridance to the “wheel button”!

I’ll definitly consider this as soon as they include some of the features you listed in the “what I want too see”,
those should be easy to do in the firmware.

Until then, I’m holding out to a new firmware for the older model.

So, I am wondering if there is any way to make this VRX work with Headplay HD goggles.

probably not easy :) might be easier to get a standalone diversity receiver.

The goggle has an internal buzzer that beeps when voltage drops below 7.5V, as well as the True-D module, so there is voltage monitoring going on :)