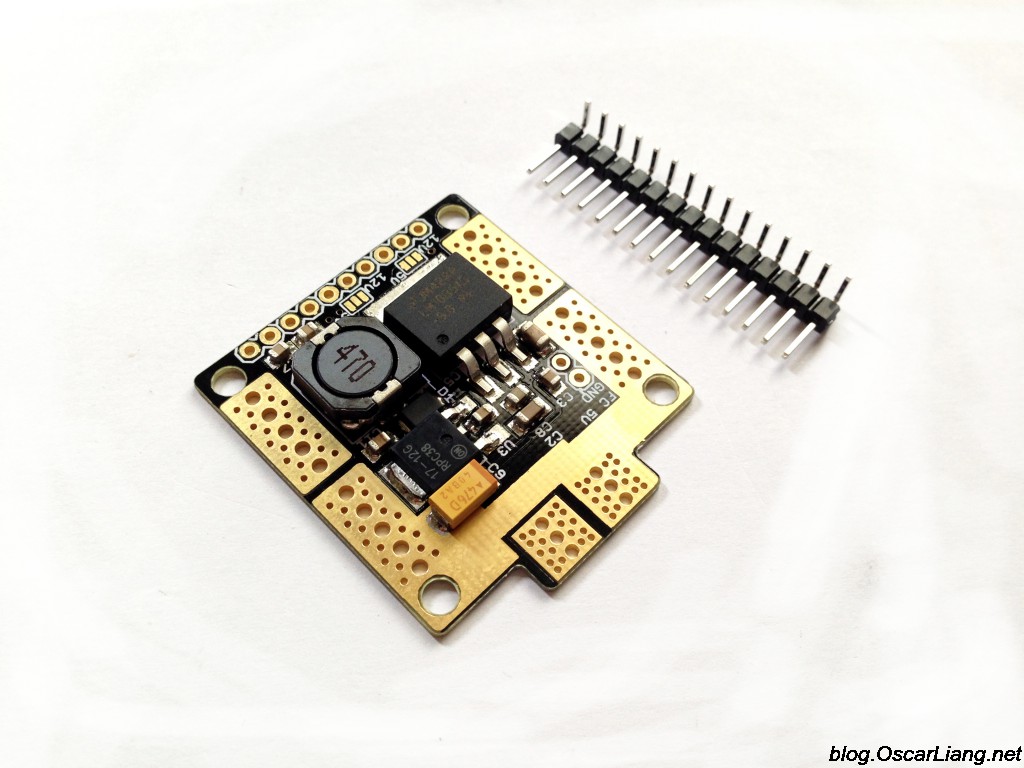 This time we have 2 very similar 36mm size mini power distribution boards for review: the Demon Core Mini PDB and Atas Mini PDB. Both are great choices for mini quads, which you can stack under your flight controller.

Here is our Head to head Comparison :) 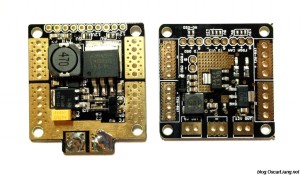 This is a new, very well designed PDB, and quality is excellent. It’s only been released a couple of weeks ago (Sep 2015) and developers told me they are already busy developing next version. 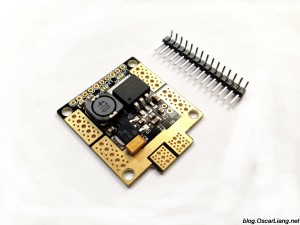 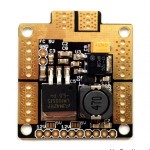 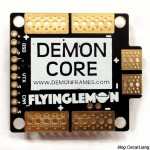 Here is some spec of the Demon Core Mini PDB.

This PDB has been around for almost a year now, and the one I got looks like to be a improved version from previous one we reviewed. The 5V voltage regulator in the middle appears to be much smaller now and the layer of components is slightly different. But the pin layout and solder pads haven’t changed at all. 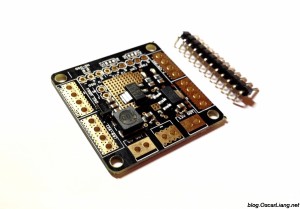 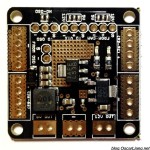 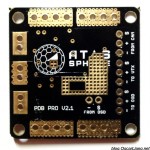 Here is some spec of the Atas Mini PDB.

The two PDB’s are identical in size (36 x 36 x 6.5mm with 30.5 x 30.5mm holes), also very similar in specifications. From the units I received, the Demon Core has better quality control on the appearance. The Atas has some rough edges and corners, although it’s not a big deal and can be polished with sand paper easily. 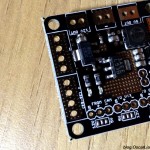 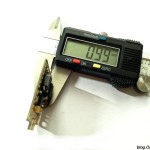 I like the Atas PDB’s 12V and 5V power outputs, you have a big solder pads to solder more than enough wires to it, like LEDs, servos etc. Demon Core only has enough 12V/5V output pin holes for your FPV gear and FC.

However I prefer the dedicated location to solder your LiPo battery connector wires. When you put that PDB in your frame, the lipo connector cable will go out from the rear of your frame, and the video/camera pins will face forward. On the ATAS PDB, Lipo connector wires has to be soldered on the side, so you will have to decide whether you want to rotate the PDB 90 degrees or not, either way, some of your wires will have to show up on the side and doesn’t look as clean. 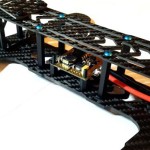 I like the LEDs on the Atas PDB which is pretty useful, as you can see if the 5V/12V circuits on the board are working. (2 LEDs, one for each). There is no LEDs on the Demon Core. 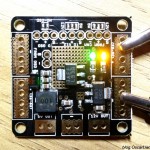 On both PDB you can select either 5V or 12V for your VTX and Camera, by shorting the solder bridges. Demon Core made an error with the 5V/12V lables on the VTX bridge, it’s wrong way around. Hopefully they will fix this in next batch.

Update 17/09/2015 – I have been having 5V power issues with the Demon Core. It seems to output much higher voltages incorrectly after a few uses (close to input voltage). Issue has been raised with the manufacturers. Let’s see what’s they can do.

Update 15/01/2016 – Since I reported the issue with 5V regulator, it turned out to be a design and manufacturing issue. It did not only affected me, but most of the people that purchased the board.

Therefore Demon stopped working with this company, and they took on the design and manufacturing themselves. They re-made a new version of Demon Core PDB, and went through testing fully to make sure they work. They also replaced all the faulty boards were bought for free. Great Job there Demon RC! 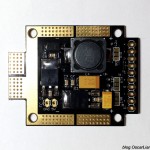 I’ve been using this PDB from ReadyToFlyQuads; it seems to be the same as the ATAS but costs $8.00 instead of $29:

Curious about your impressions.

i think it’s more to do with current rating, it’s always best to have dedicated voltage regulator for your LEDs.

Hi!
Please tel am i good understanding everything. The demon core allready have LC filter for camera, but wht with bec? Is it also have Bec for Opto ESC like Dys 20a Blheli?
Thank you a lot your answer will be really Helpfulll.

It has a 5V power you can use even if your ESCs are opto.

Do you have any updates regarding the 5V issues you ran into with the Demon Core?

no… no updates… I bought one, same 5V issue… contacted them they said they will send me replacement but still not received it yet.

I have a consumption question regarding the Atas:

Is the camera, vtx, osd power from the atlas sharing the rconsumption as well? Or do they have their own separate limits? I’m afraid of running the camera and osd fro. The atas and go over the limit.

The Atas is great, with one very important warning: be VERY careful about polarity. Yes, it is designed to be light and cheap, but they used to sell at $50 a pop. Their resistance to a momentary cross polarity is zero, which is pretty disappointing for such a well engineered board.

Yes, someone is going to say, “Well, don’t cross the polarity, you moron!” This is true, but after rebuilding your quad for the third time and messing with wires in lots of tiny spaces, etc, the risk gets pretty high. Even my Naze32 has survived a quick user error. I would expect as much from a PDB that is put into tough situations on a regular basis (moisture, crashes, wires cut by props, etc.)

good point! but once connected with a lipo connector, i guess it’s pretty difficult to get polarity wrong? as the connector won’t allow you to plug the battery in wrong way round :D