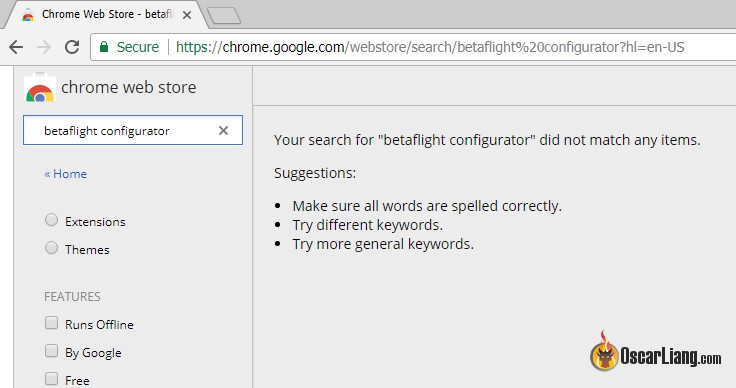 Google has recently announced to stop support for all Chrome Apps. Therefore the Betaflight configurator, and a few other multirotor related apps have developed their own standalone apps. In this article I will show where to download the standalone Betaflight Configurator.

Betaflight Configurator had been a Chrome Extension App since the very beginning (following Baseflight and Cleanflight). We prefer the Chrome App platform because it’s cross-compatible with Windows, Linux and Mac OS.

Apart from Betaflight Configurator, many other relevant apps such as BLHeli Configurator and Blackbox Explorer will also be affected. Fortunately the developers have come up with a solution and offer users standalone apps which they can run without Google Chrome. These apps are also compatible with Windows, Linux and Mac OS.

You can no longer search for these apps in the Chrome Web Store as part of Google’s effort in disabling the whole platform. It’s probably a good idea to move over to the new apps as soon as you can.

Once you’ve downloaded the package, unzip it to your computer, and you should find the executable file “betaflight-configurator.exe“. You can run it directly without any installation. 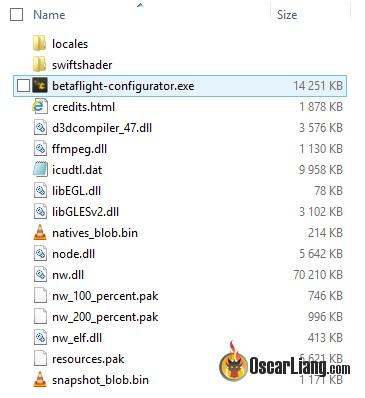 If you get a security prompt, just select “Run Anyway”.

The same procedure applies to other configurators, except Blackbox Explorer which currently comes as an installer that you need to install first on your computer before running it.

Note that the standalone applications do not update to newer version atomically, and you will have to do this manually. For the convenience of the users, a popup will appear on startup of the configurator when there is a new version available, and you will be directed to download page.

Can’t install, or getting malware warning?

If you can’t install and run Betaflight configurator as a standalone app, you can also try installing it manually in Google Chrome Browser.

Firstly, clone the repo, downloading as a zip on Github. 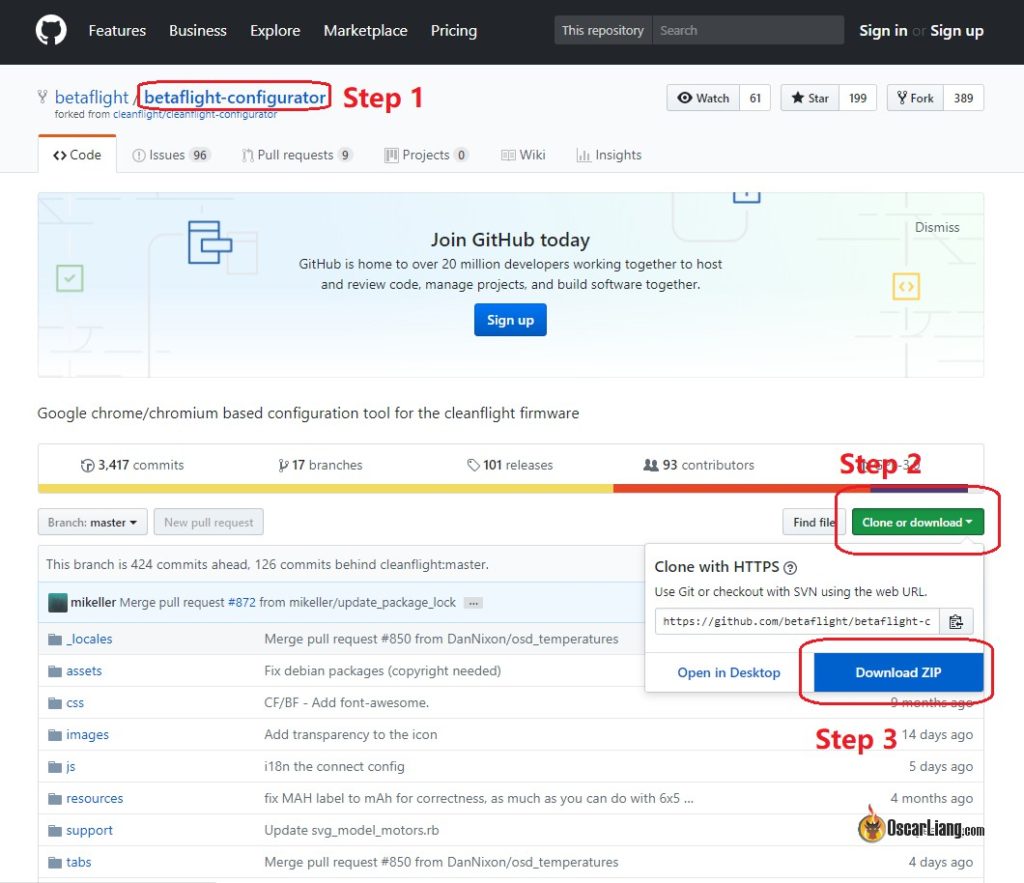 Then unzip the file, open Chrome, go to Extensions, make sure Developer mode is turned on.

Click Load unpacked extensions, browse to the folder you unzipped, click OK, and that’s it! The configurator will require the unzipped files to run so you can’t delete it.

This is not a standalone version, and it still relies on Google Chrome, but at least it gets you going and won’t require installation, or giving you malware warnings.

Hi Oscar, I got my Novice II a couple days ago and I tried flying it with the default gear and settings with 2s. It’s my first FPV so noooot easy! It flies pretty fast and powerful though.
Anyway, I tried the whole process of betaflight installation and drivers download (both CP210x and STM) and then reboot systems (both my pc at work and my macbook at home), plug in the quad with the provided usb cable and I got nothing.
It powers on, all LEDs on, three beeps and then no way to get the port visible in BF.
Any ideas where the problem could be?
As I’m not in the position to buy a proper RC yet, I need to get into BF and balance the inputs of the sh…ty bundle RC.
Many thanks in advance.
Best
Nicola (from Italy)

After downloading Betaflight from Github releases the side scroll bar with Welcome ,Firmware flashers appears but the complete active yellow page is not high lighted and it does not operate.

My builds take less time than F C programming. KKs worked great and tune at the field but are heavy. Betaflight drives me crazy. Local nerds are no help. U-Tubers “drone” on forever. HALO F# +OSD has got me baffled. How many apps, etc. are necessary for a simple fpv drone?

I have just finished programming my Raspberry Pi 3 B with Raspian OS to run any version of Betaflight, Butterflight & Blheli.

Just uploading the how to video for the betaflight install now on YouTube.

if you click the link to my channel, hit subscribe and click the bell you will get a notification / email when Butterflight & Blheli vids are uploaded.

When I downloaded it won’t open betaflight-configurator.exe says it can’t launch because failure to open n(something)-elf.dll

What can I do to fix this?

Nevermind I reinstalled and didn’t have any issues after that

Excellent, thanks for this.