The Flywoo Venom is a 2-inch mini hexacopter that is designed to carry a naked GoPro, with an all up weight under 250g. It has a small form factor by flipping over the middle motors to minimize the overall size of the drone.

There are different receivers: ELRS, Crossfire, Frsky and DJI. And optional accessories.

It looks like a mini version of a “cinelift”.

The Flywoo Venom is similar size to a 2.5″ cinewhoop, but actually more powerful.

It uses the Caddx Vista VTX with its heatsink removed. Not a great idea for cooling, but it reduces the weight by almost 10 grams which is significant for an aircraft this size. This mod is called “Naked Vista”, I talk more about the pro’s and con’s in this post. Cool thing is that Flywoo have already activated and upgraded the Vista to the latest version for you in order to minimize the risk of damaging the VTX when you are doing it yourself without proper cooling.

I found the Venom is more forgiving than a quad of similar size when you hit something, most of the times it just bounces off the wall/branches and carries on. I think it’s because of the two extra motors, when one of the six motors stops producing thrust, you are only losing 17% power on a hex instead of 25% on a quad.

With that said, I still recommend getting the prop guards when purchasing this hex, it will make flying indoor and in tight spaces much safer. The prop guards add about 9 grams of extra weight.

The landing gears have about 20mm clearance for the battery, so when you are selecting battery, make sure the battery height is lower than 20mm.

The FPV camera lens is well protected by TPU protector, tilt angle can be adjusted easily.

The FC has bright built-in RGB LED, and they also installed two RGB LED on the bottom of the two middle motors too. They light up as soon as you power on the drone.

A power cable for the Naked GoPro is installed out of the box. It connects to the LiPo battery pads, and the connector works on the Hero10 Bones. The connection isn’t as tight as the original connector, but it seems to stay in place just fine even after a few crashes. This connector does not work on other Naked GoPro BEC boards, such as the BetaFPV Hero6, Nameless Hero9 and GEPRC Hero8. If you want to use these cameras you will have to solder your own power cable.

To bind receiver, connect and disconnect battery quickly two times, the 3rd time you connect the battery the receiver will be in bind mode (I didn’t bother to flash the RX firmware to set the bind phrase). Then enter bind mode on the radio by going to the ExpressLRS LUA script.

The FC comes with Betaflight 4.2.8 version. Board target is FLWO/FLYWOOF745HEX(STM32F745). Original CLI dump can be found here.

Not much you need to change for the first flight, here are what I did:

PID tune / filtering still need a bit more work, the hex has some small wobbles even when there’s little wind. 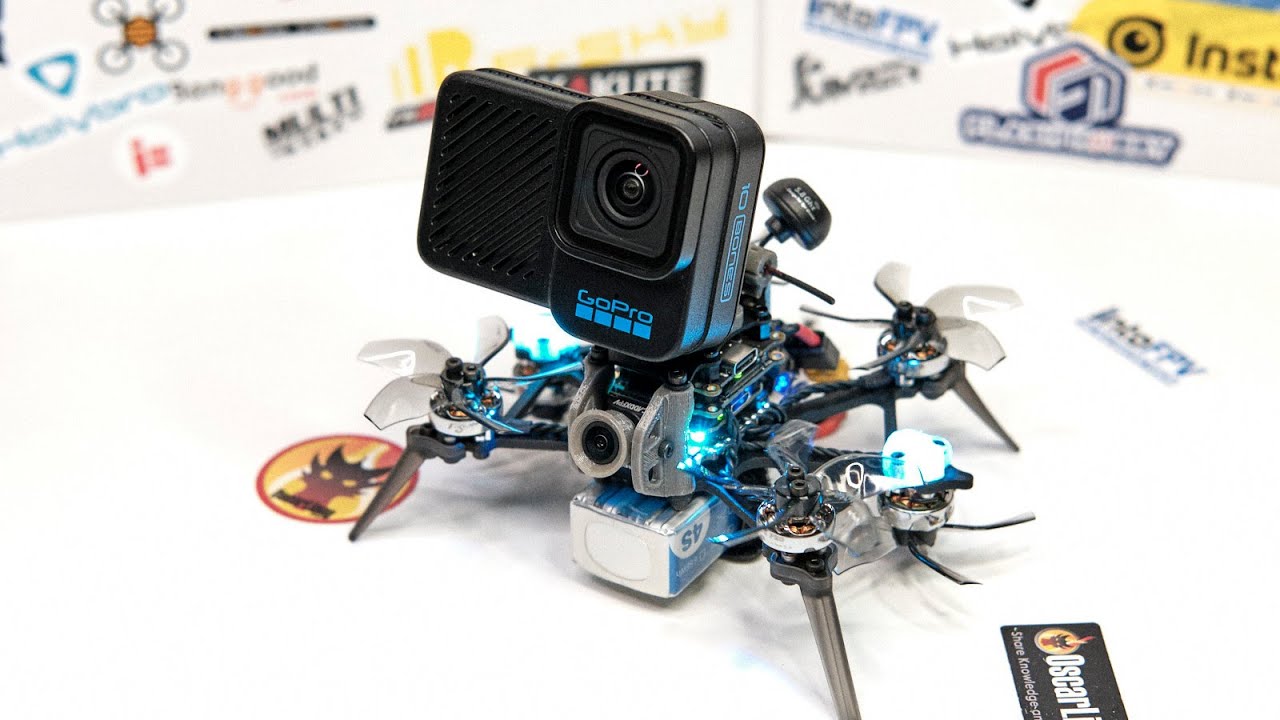 When carrying the GoPro 10 Bones, it feels pretty much like flying a cinewhoop. It’s quite stable, It flies on rail indoor or outdoor when it’s calm. But it can get pushed around by the wind probably because the GoPro is as big as the drone itself, and it almost doubles the surface area.

Because it’s using a naked Vista, I only set output power to 200mW to avoid overheating. I get about 400m-500m range before the signal bars become red (I was pointing the patch antenna at it). I could probably go a lot further as the bitrate didn’t really start to drop, but I really didn’t want to push my luck and range limit, just in case I crash and the VTX overheat and gets damaged sitting on the ground for minutes while I walk over to pick it up.

It’s noticeably quieter than a 2.5″ cinewhoop, such as the BetaFPV 95X when flying in similar speed. With the prop guard I think it makes a great indoor filming platform as it has more power and agility while being similar size to a 2.5″ cinewhoop. 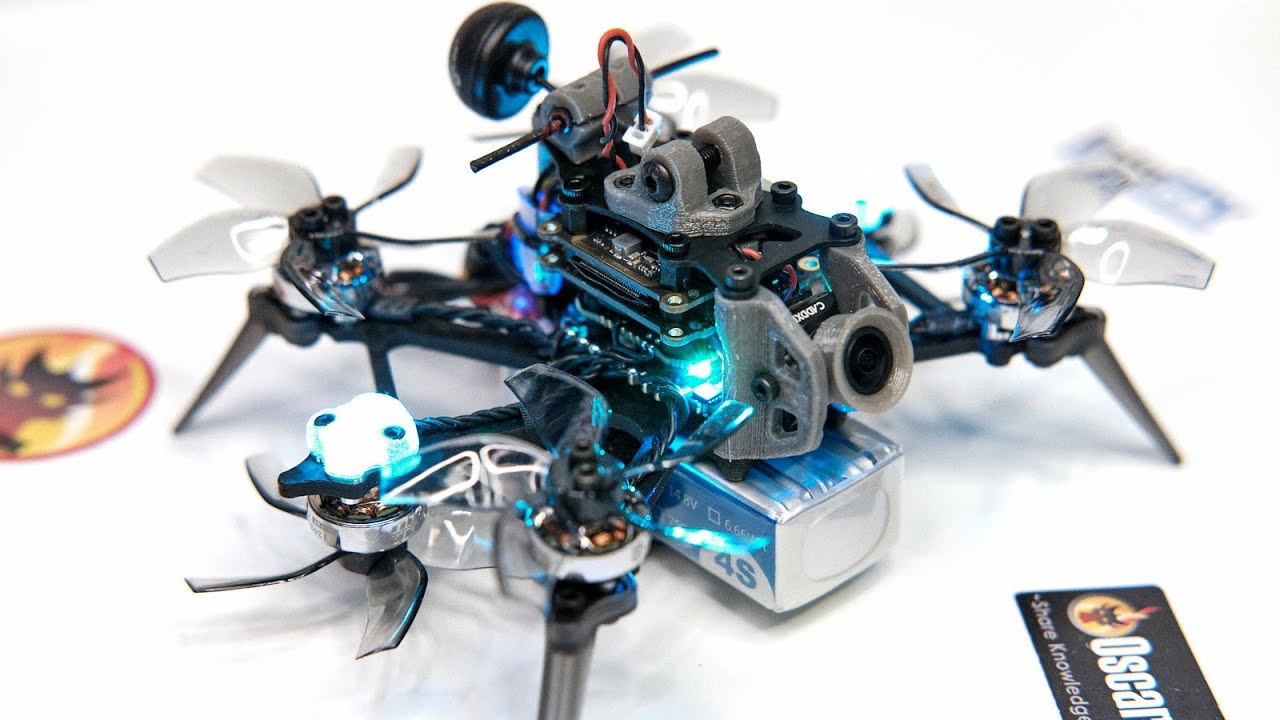 Without carrying the weight of an HD camera, the Flywoo Venom has a ton of punch! You can fly it pretty much like a 5″ freestyle drone and do all the acro tricks, but there’s some prop wash when you do sharp turns and recovering from a fall. Not sure if it has to do with the tune, or caused by the air disturbance between the overlapping propellers. Anyway, it handles windy condition much better than when carrying a GoPro for sure.