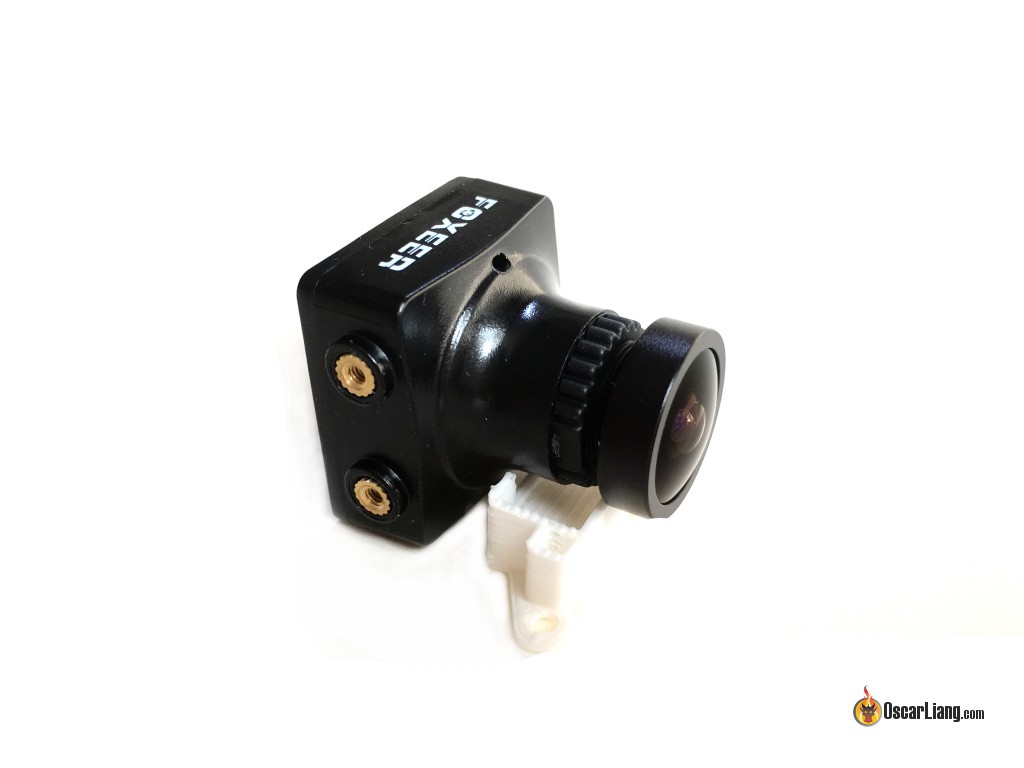 The Foxeer Arrow HS1190 FPV camera is probably the only camera on the market that provides voltage OSD capability. And in this review we will check out the performance and how it compares to the Swift and Eagle.

The Foxeer Arrow HS1190 is available at Surveilzone. 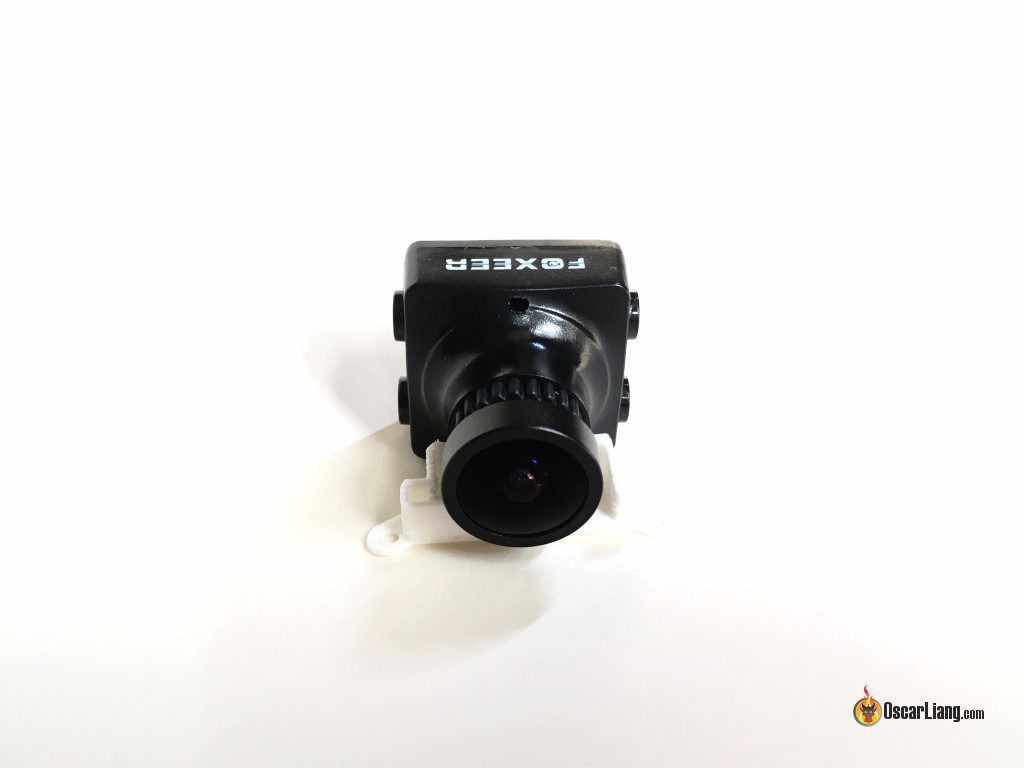 The Foxeer Arrow is one of the first FPV camera that is capable of monitoring battery voltage and displaying it in OSD. However there was some issue with the first version.

The Arrow camera we received is the second version (V2). It was improved from the previous version which had several problems including the annoying slow flashing/updating OSD. In the old version, it reads the voltage from the power input of the camera which means you would have to supply voltage from LiPo directly (not good due to ESC noise!) However they fixed it in the new version, and now there is a dedicated pin for reading battery voltage. 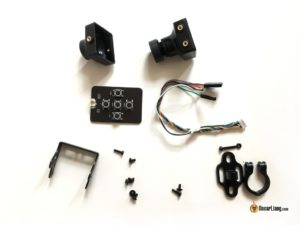 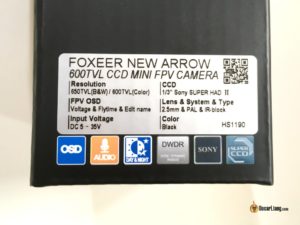 It comes with 2 housing options: 1 case with 1 mounting hole on each side, the other case with 2. The metal inserts in the case for mounting are excellent, they make those mounts easier to work with and a lot more durable.

Update (23 Sept 2016) – multiple reports of the metal inserts falling off the case. Some people recommend adding glue. We are waiting for response from Foxeer regarding this issue.

I took off the back plate, and found out the PCB is fitted very tightly in the case and seems to be really difficult to remove. 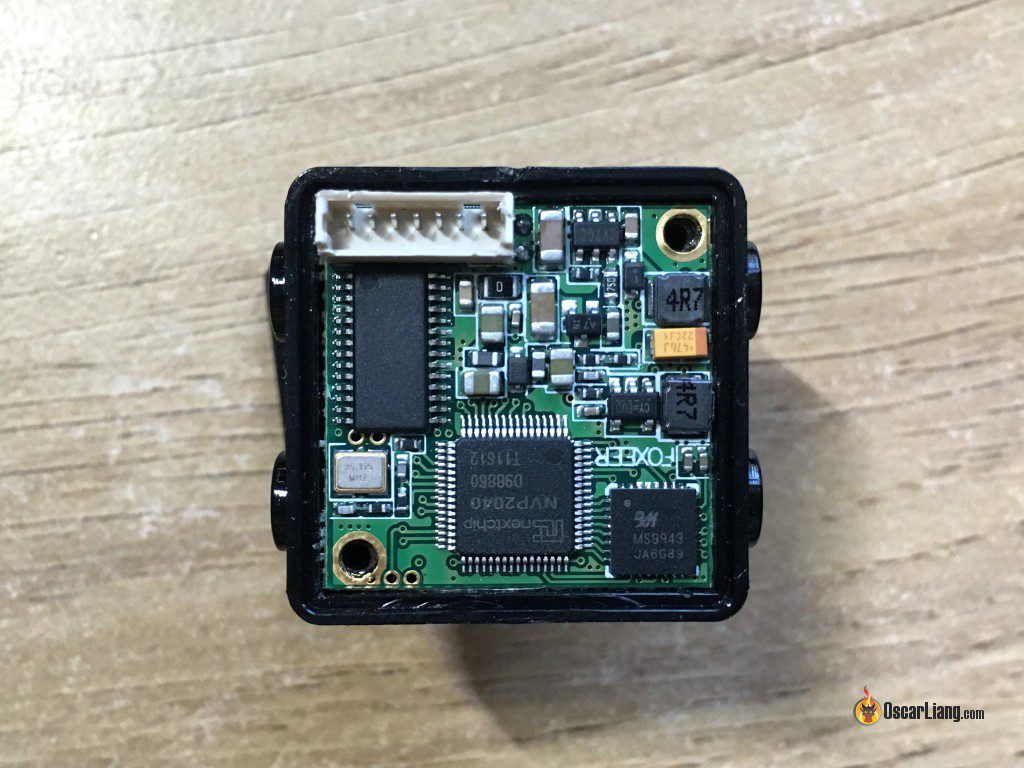 One feature I really like about this camera is the OSD. Three things you can overlay on the screen:

You can even move the text around the screen which is handy. Voltage value can be calibrated to ensure best accuracy.

Another good thing about the Arrow is that they offer lens options of different FOV when you buy it. With the Runcam Swift the stock one is 2.8mm (90 degree FOV), if you want wider FOV you would have to purchase the upgrade lens separately.

I prefer the Swift’s connectors where they have the Video Signal/Power and OSD control pins in 2 separate connectors. You can plug in the OSD whenever you want to use it. On the Arrow, Everything shares the same connector, and it becomes a headache dealing with the OSD control wires when you are not using it (whether to hide it or cut it). 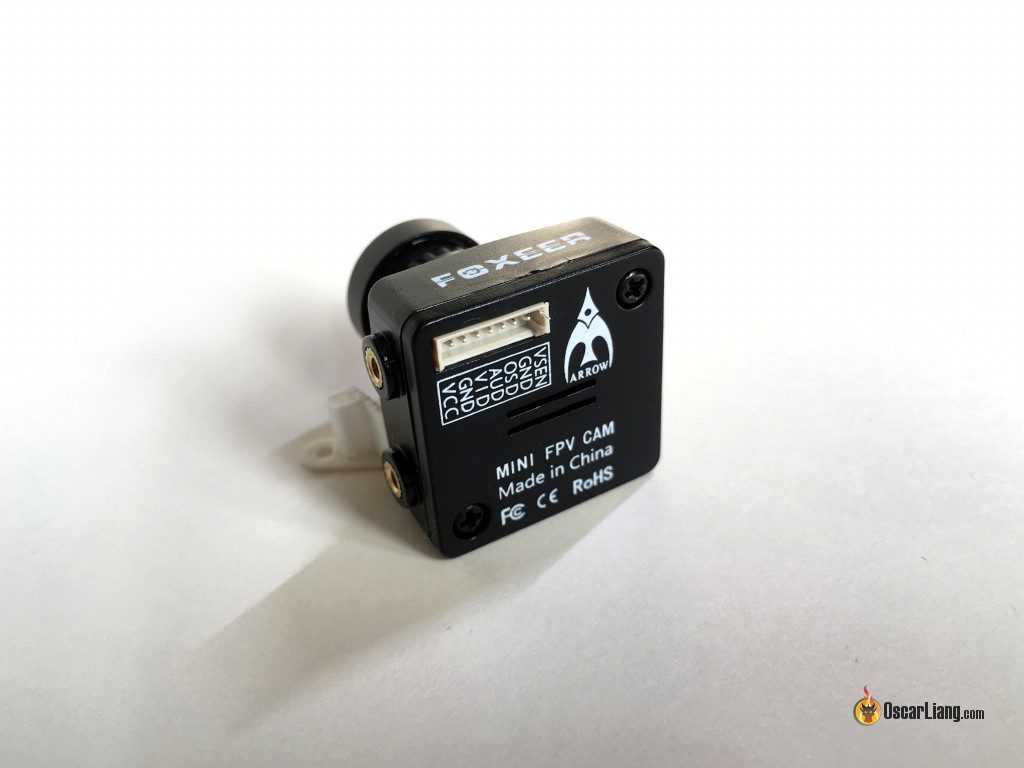 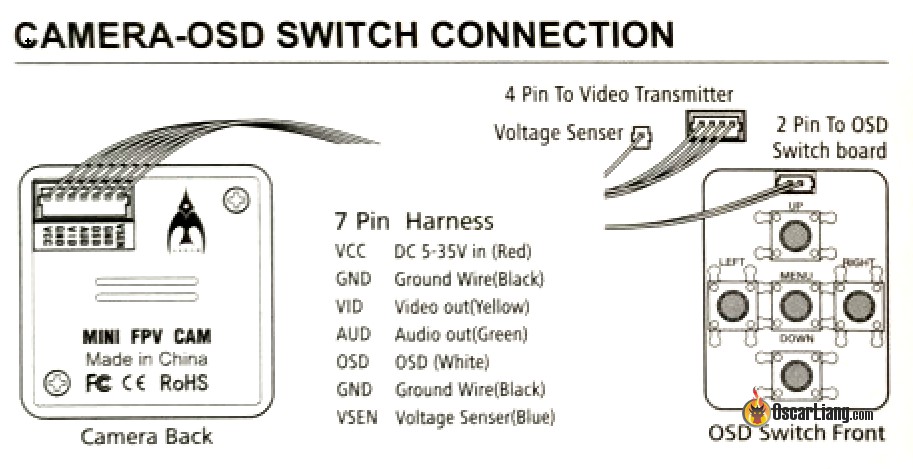 OSD settings menu (brightness, contrast, sharpness etc) looks very similar to the Swift, and they are well explained in the manual.

Connectors are located on the top of the camera which would make fitting in tight mini quad frames easier.

Built-in Mic and audio output to the VTX. It’s located on top of the case where there is a hole to let the sound through.

Compared to the Swift, the body is similar sizes, but the stock lens is larger and longer. 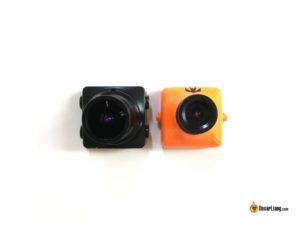 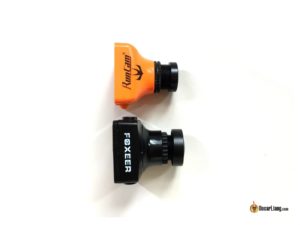 I fould the HS1190’s performance is almost identical to the Swift. Because of the different lenses, the FOV on this Arrow HS1190  (2.5mm) was bigger than the Swift’s (2.8mm).

According to a few HS1177 users, the image also looks similar to the Arrow too.

Just something to bear in mind, a friend of mine complained about the image quality of the Arrow, where it has some strips in the footage. He was using the NTSC version, mine is PAL and I didn’t have this issue. 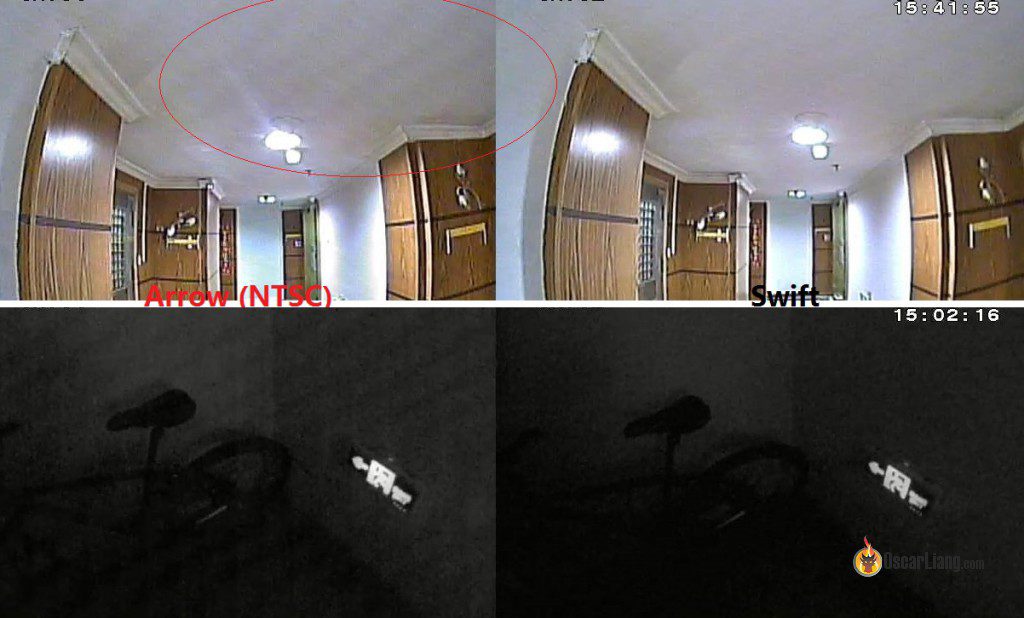 I think the next step would be integrating the MinimOSD into these FPV cameras. FuriousFPV is developing a camera Add-on for these cameras, which is basically a micro MinimOSD that sits behind the camera. But how cool would it be if it was done without any user DIY and too much extra cost?

Here are the manual for future reference. 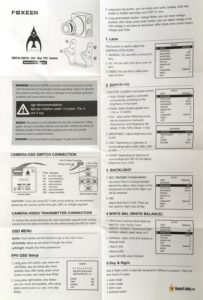 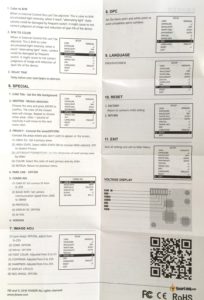 So is it better to give this camera minimum voltage or as much voltage as I can give?

it doesn’t really matter, as long as it’s within safe range.

hi
were do i conect te vsen on de fc ore
i use a tramp and i have 1 wire left .wite one T for telementry

check with multimeter, if it’s shorted to ground then it’s probably a faulty unit and need exchanging

The short is inside the camera.
The VSEN Pin touches the housing of the mic. Total bullshit – foxeer doesnt want to change my defective camera

Banggood is selling both IR block and IR sensitive, which one is better for FPV?

Oscar, I have this same camera an wondering if you can get the same results I do. I have it set up to be powered by a 5v supply (pins 1,2). I have the vsen going to the PDB (+) to read the full voltage. However, the OSD is only displaying 4.8v, which I’m assuming is from the 5v supply. Have you tried running yours off a different voltage than full voltage, and use vsen?

You need to calibrate it :)
I think every Arrow camera came in about 10V off :)

I’m having the same issue as Sam C. above. But I’m missing how to “Calibrate” it in the manual. Mind pointing me in the right direction?

Hello, according to the new specs from the manual for this updated Foxeer Arrow (aka V2), the Input voltage looks to now be 5V-35V not 5V-22V like the first version of this product was, so you may want to update it in the article above. And, thanks for the write up, great info.

yes you are right :) cheers.