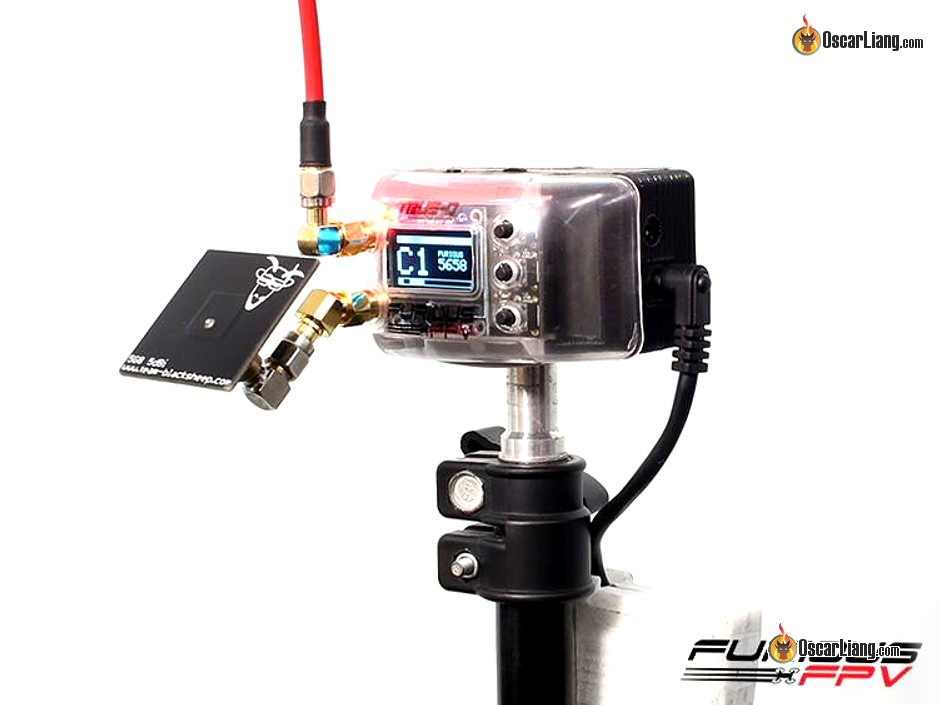 The Dock-King from FuriousFPV is a ground station that houses the True-D diversity module. It uses better algorithm to improve video signal from the True-D receiver module.

Buy the Docking from:

According to FuriousFPV, the Dock-King ground station enhances the performance of True-D module thanks to the special algorithm. This isn’t a plain break out box, it actually has a totally different menu system that allows for some very useful functions.

In 2018 I swapped out my True-D module for the Pro58 with Achilles firmware, and it’s been sitting on my desk since. I am glad I can make good use of the True-D module again with the Dock-King! Besides, I’ve always wanted a ground station that sits on a tripod for mid and long range flying.

There are a few other great features that come with the Dock-King, such as HDMI output, lap timers etc.

Spec and Features of the Dock-King

Here are the important features and spec I simplified for you:

I was hoping the dockking had an integrated DVR, but it doesn’t. Furious will make an external DVR module which you can buy separately. And supposedly it will have much better image quality than the Fatshark built-in DVR.

However the DVR is pretty well designed from what I hear. It only records when it has signal, and it stops when it sees static so you don’t get huge files full of nothing.

The two AV video outputs and HDMI output allow you to share the video to the pilot, spotter and spectator screens at the same time without additional hardware. This can massively simplify the wiring in a race.

The most appealing feature to me is the possibility of daisy-chaining it with another dock(s) and get multiversity (more than diversity). It can use an Ethernet cable up to 100m long so you can set this up to fly in places full of obstacles. Just imagine the possibility!

There are two LED arrays on the back to indicate signal strength of each antenna.

Here I am comparing the True-D’s performance to the DockKing with a True-D installed, see if it makes an improvement at all.

I feel like the Dock-King is designed for racers. Those fly long range will also find it useful.

There is definitely an improvement in the True-D’s performance when using it with the Dock-king ground station. And if you ever do “Stevie Wonder” when flying (moving your head with the flow), you will also appreciate having the antennas fixed on the tripod :)

Don’t forget all the additional features offered by the Dock-King, especially the possibility of “daisy-chaining” multiple dock-king to cover a wider area.

However, it’s not cheap at all, and it requires an additional receiver module to work. Too bad DVR/HDMI modules are not even included.

Hi do you think dock king will ever be able to be updated to work as well as rapidfire. thanks

Just curios why you think it’s not cheap. I’m not rich, $88 is nothing to sneeze at, but compared to prices on many other tech in our hobby, a unit that does that much to help our video signals and is sub $100 is a great price. Also, you said you’d need 2nd receiver module, why? I use the DK most often, but if I just want to run outside and test a quad, the module pops out of DK and into Fat-Sharks in about 25sec. Lastly, other modules will work normally on DK, with one disadvantage. DK uses a special algorithm, that is supposed to be sort of like the integration that Crossfire uses, that algorithm ONLY works with Furious modules. So I imagine a Crossfire on the DK would be totally flyable, but a True-D would have less break up and tad better picture.

It did nearly nothing to the signal in my testing, seems like it’s just a PCB to break out the pins. Tell me again $88 is cheap for what it does?

Did you figure out, if the rapidfire module is compatible with the dock-king?

Yea it works, but it’s not recommended for best performance.

Thanks for the info, any clue if after you flash the dock king firmware to the module can the module still be used in my Fatsharks or do i have to re-flash back to the goggle firmware?

I found the answer and you can use the module in your goggles with the dock king firmware with no issues only the loss of the find model function.

According to FuriousFPV, you should re-flash the module to the goggle firmware for maximum performance.

As asked before………
how would you go about daisy chaining them as this would be a much more economical way other than having to use a antenna tracker??

hi
how do you daisy chain a dock king?
lee

this now supports a big range of receivers!!!

it’s interesting, because someone asked ImmersionRC and they are not sure if that’s the best thing to do. It might work, but receiver modules outside of FuriousFPV are not intended to be installed on the Dock-King, so there is no guarantee it will give you they result they are designed to give.

It will so cool if you could make a video about that ?

Could you please try your Achilles Module in the Dock King?

it’s not supported. Only True-D.

is there anyway to use the DVR within the fatshark goggles when the True-D is installed to the Dock King ?