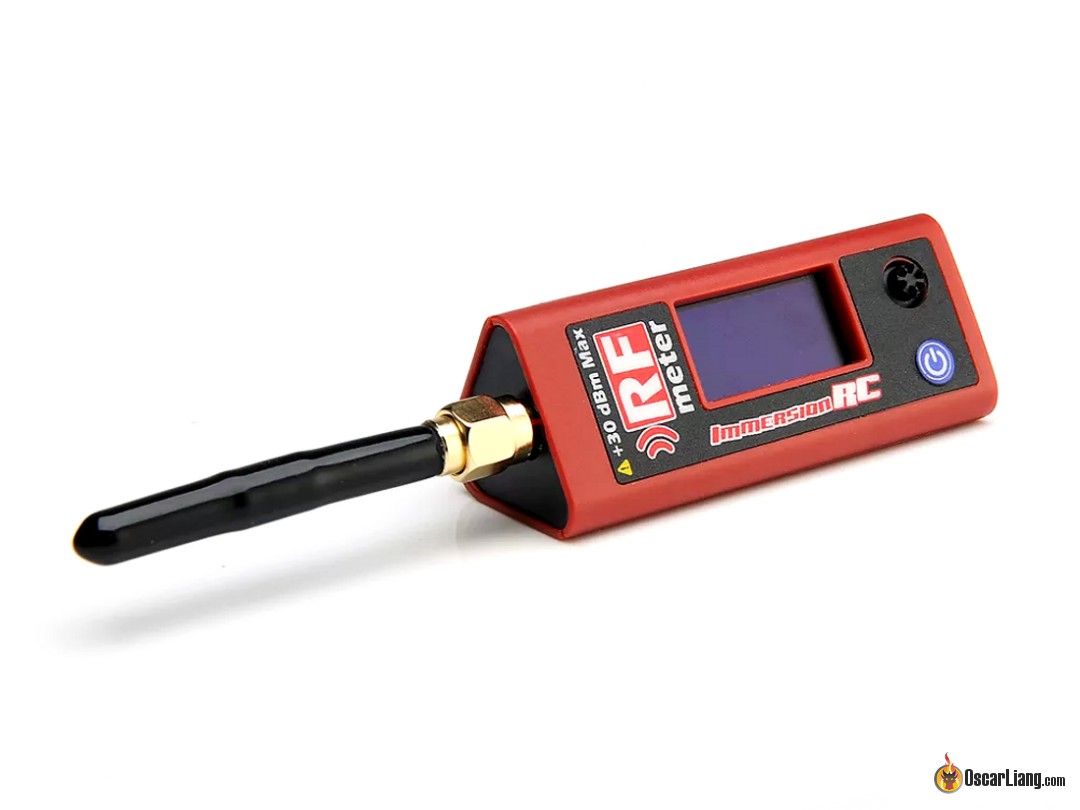 The ImmersionRC RF PowerMeter V2 allows you to quickly check if your VTX and radio transmitter are performing optimally. It can measure how much power your transmitter is actually putting out. 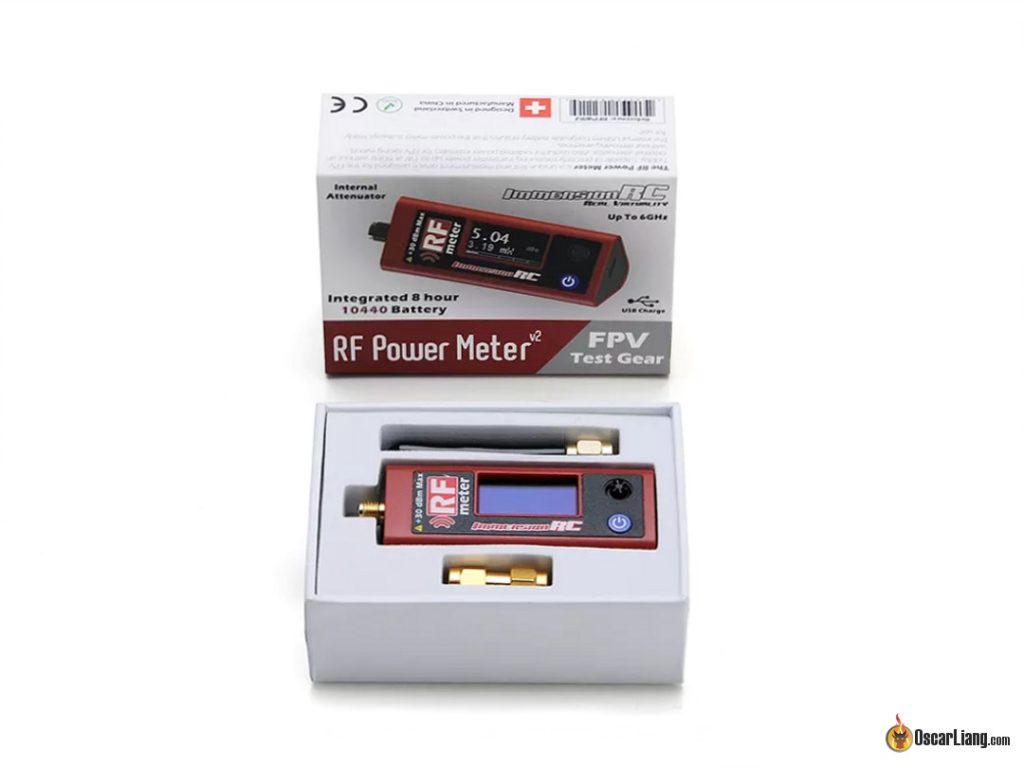 The package comes with a linear polarized (whip) antenna, and a female SMA to female SMA adapter. The connector on the power meter is a male SMA. 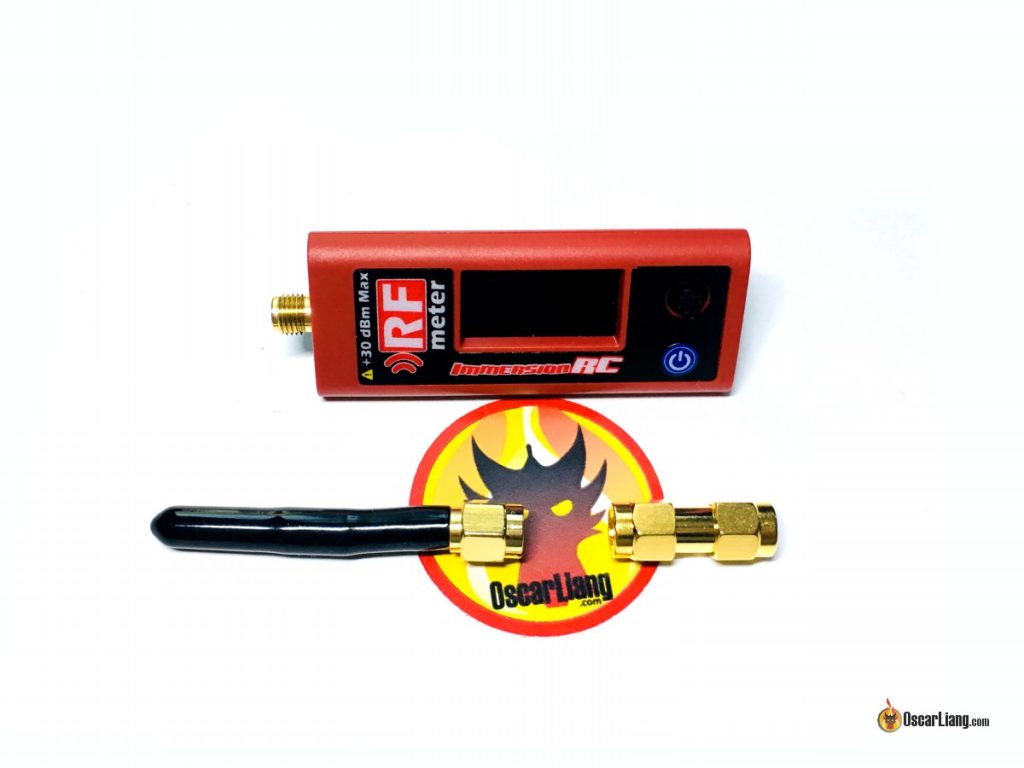 Why You Might Want an RF Power Meter V2

It’s useful to have a RF power meter if you race and fly with others, it’s even essential if you take part in racing events.

Some poor quality or defective VTX might be labeled 200mW, but it can be transmitting at much higher power. Everyone at the race will be scratching their heads wondering why they have terrible signal. You will be able to spot the issue more easily with a RF powermeter.

It’s especially a handy tool for race events, where each quad on the starting line can be checked for actual RF output power. The ones transmitting more than you want can be picked out immediately, preventing issues during the race with channels being stomped on by the higher power VTX.

If you only fly alone then verifying VTX power is of less importance. Though it can still be useful to check the performance of your FPV gear, or finding the best performing channel on your VTX. 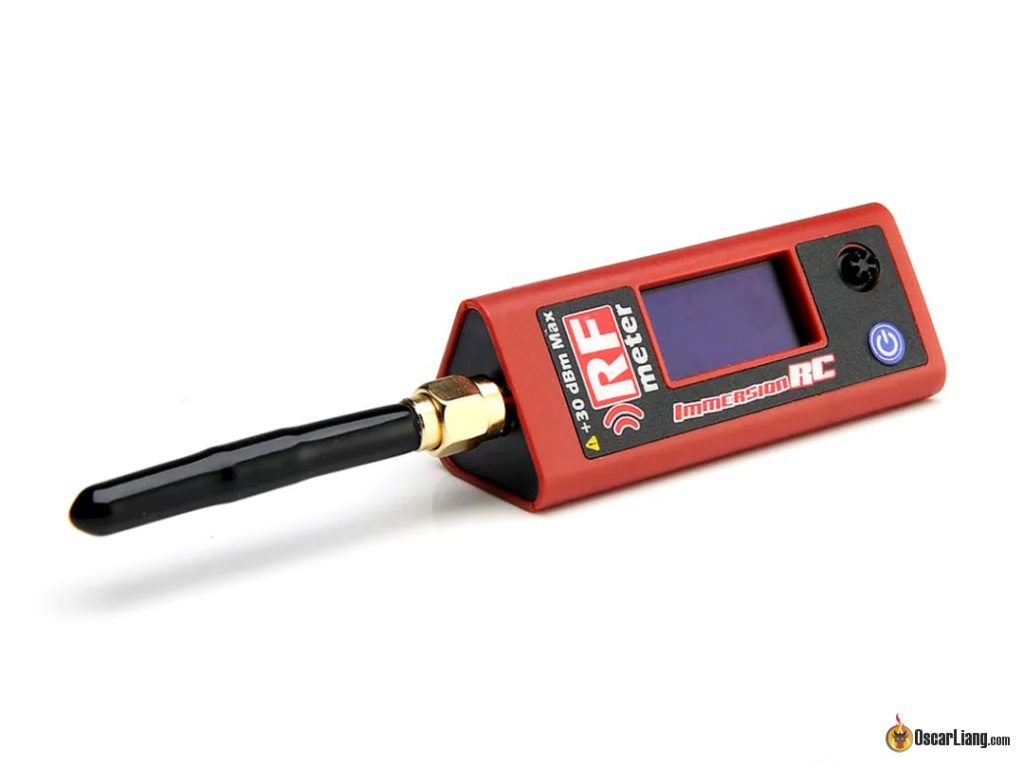 There is the power button next to the mono colour LCD screen, and a multi-directional joystick. The Micro USB port is located on the right-hand side of the device. 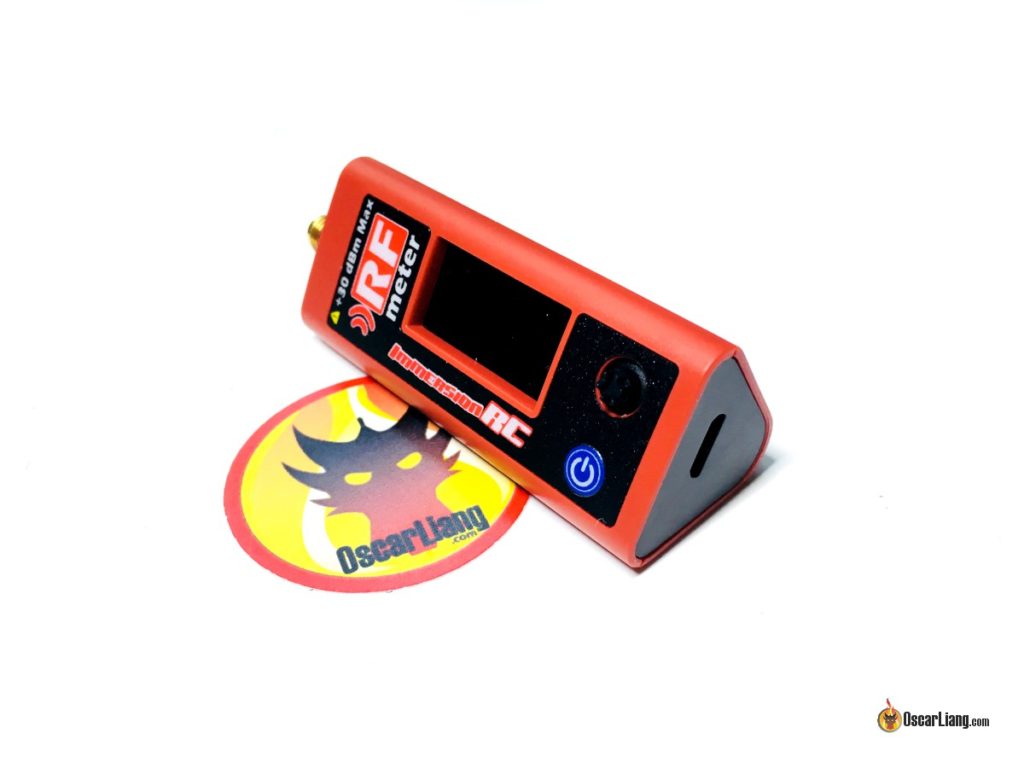 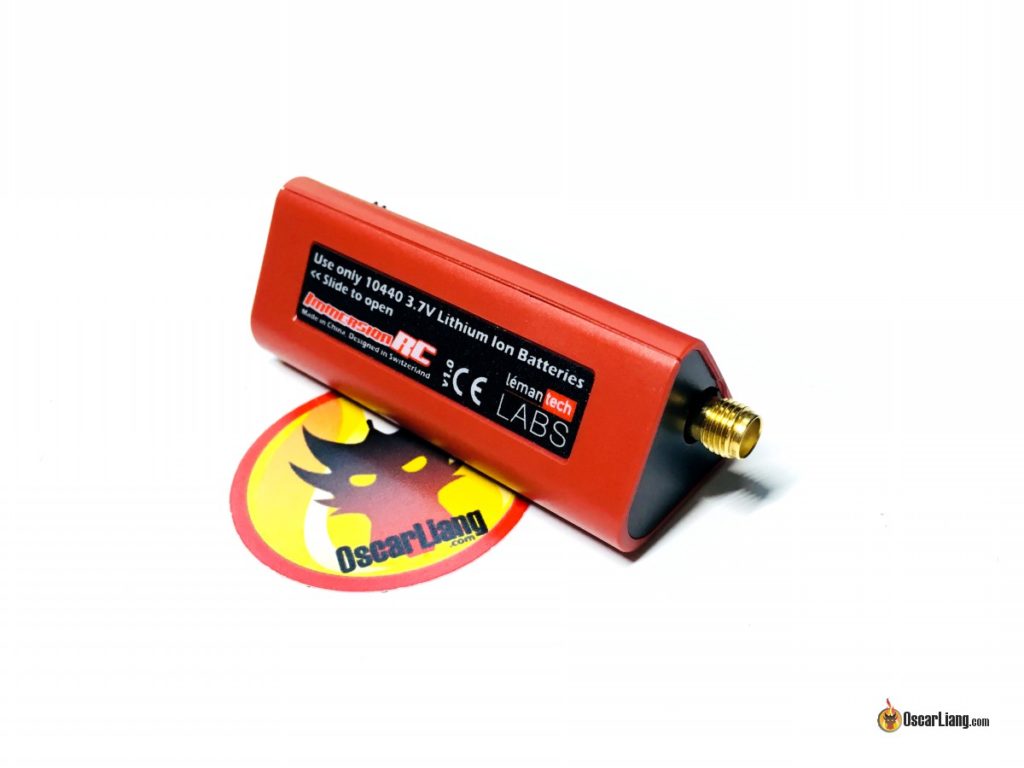 The ImmersionRC Power Meter V2 only has four screens and four settings, making it super simple and easy to use. 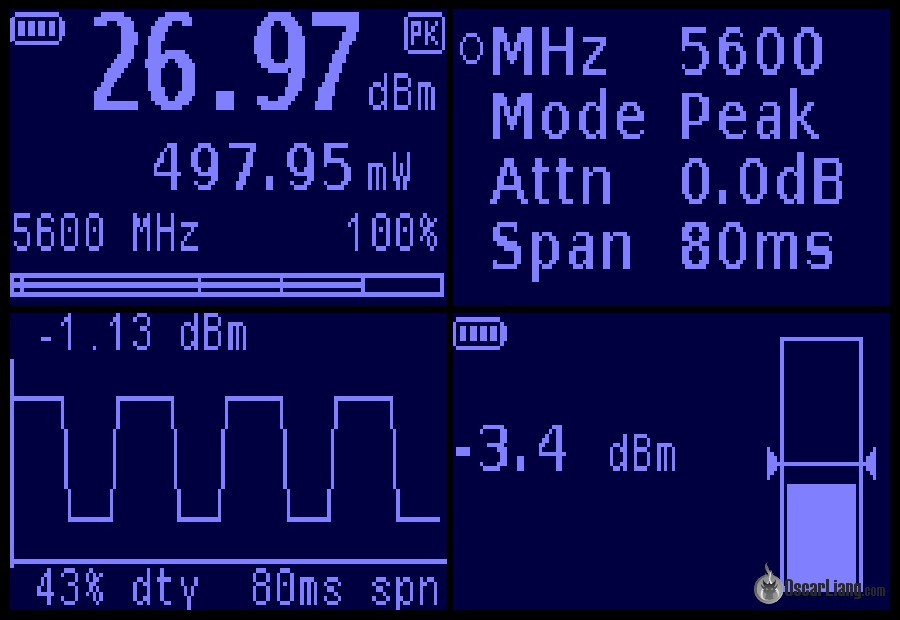 By connecting a VTX directly to the power meter, you can check the output power of the VTX. 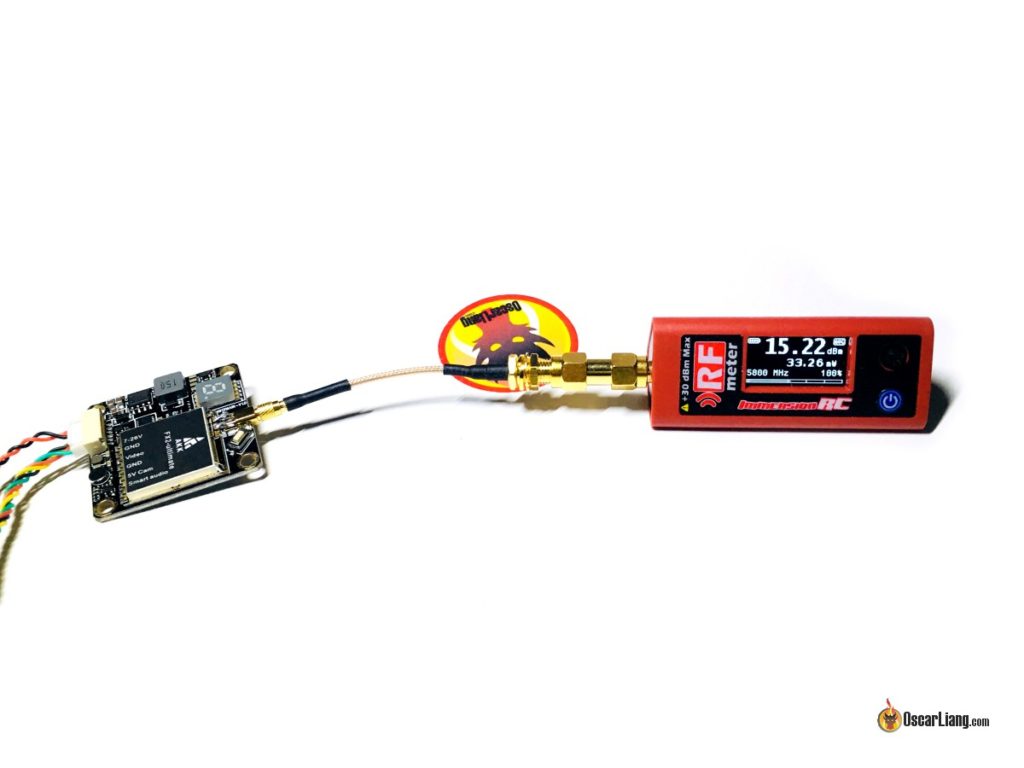 Every VTX has a power output which varies from channel to channel. Let’s say you have a 25mW VTX, it might read closer to 40 mW at 5645MHz, but only 18mW at 5875MHz. A power meter helps you find the best frequency for either accuracy (closest to the target output) or efficiency (highest output power verse current draw).

Also VTX can wear out over time, this testing device can tell you the performance/condition of your VTX.

You can test VTX output using an antenna as well, by simply placing it close to the transmitting antenna. However I found this way of measuring unreliable and inconsistent. The value can fluctuate a lot with a tiny bit of movement, and the result is often under-estimated compared to measurement from direct connection.

Update: as pointed out by Mr Joe Scully in the comment, with antenna to antenna measurement, you need to calibrate the power meter for the attached antenna by adding attenuation. According to him 8.5db to 9db is a good range to get started. 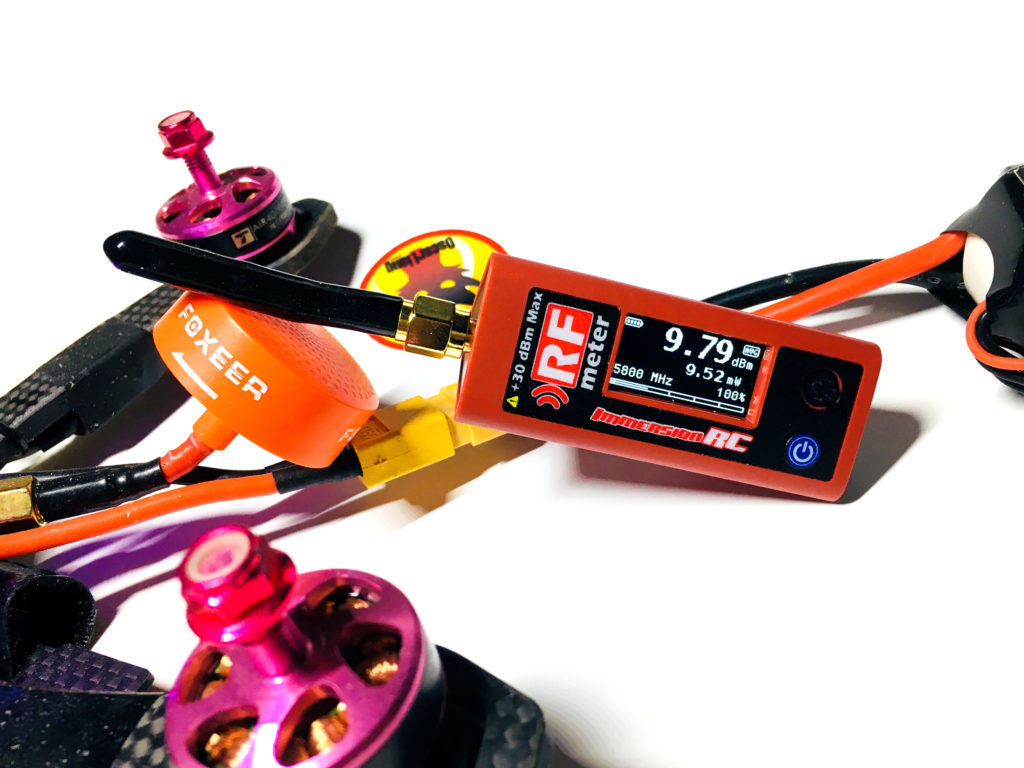 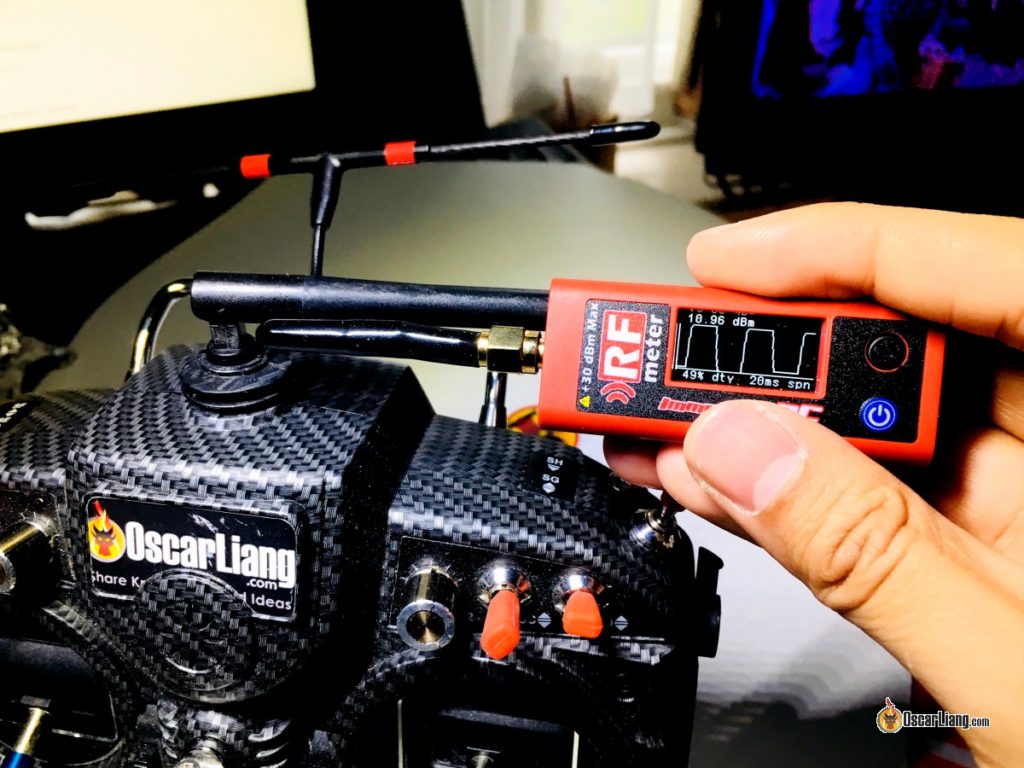 This is great for testing radio transmitter, but not that useful for video transmitters which emit a fairly constant power level. 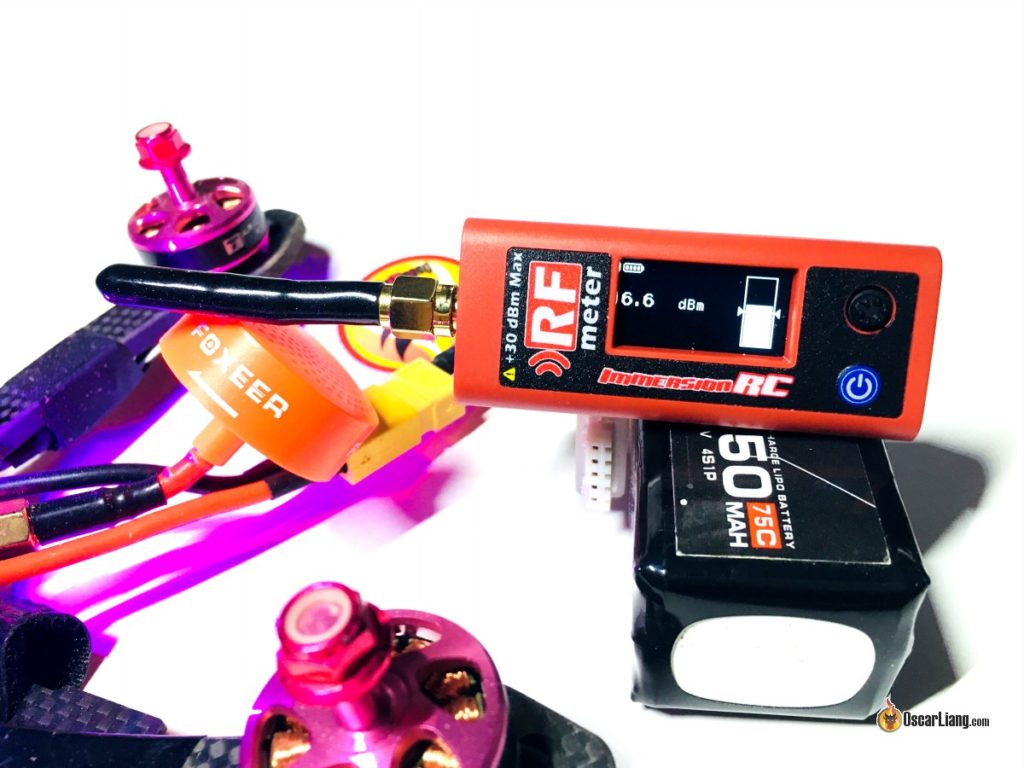 You can check a VTX against a benchmark to see if the transmitting power is too high or too low. For example, this feature can be useful for the race director in a racing event to walk down the starting line, and make sure all the quads are transmitting on the same power level.

However it’s not super precise. The measurement varies depending on where the sniffer antenna is placed relative to the transmitter antenna. But with a bit of practice it can be a very useful tool for races.

Update: Mr Joe Scully commented below with a video how you can make sure of this mode more effectively.

However, according to the datasheet, the absolute power limit you can plug into the meter is 1.3W (1300mW), anything higher might cause damage. For anything higher than 500mW, you shouldn’t have it connected for longer than 30 seconds to avoid overheat and damage (e.g. losing accuracy more quickly over time). 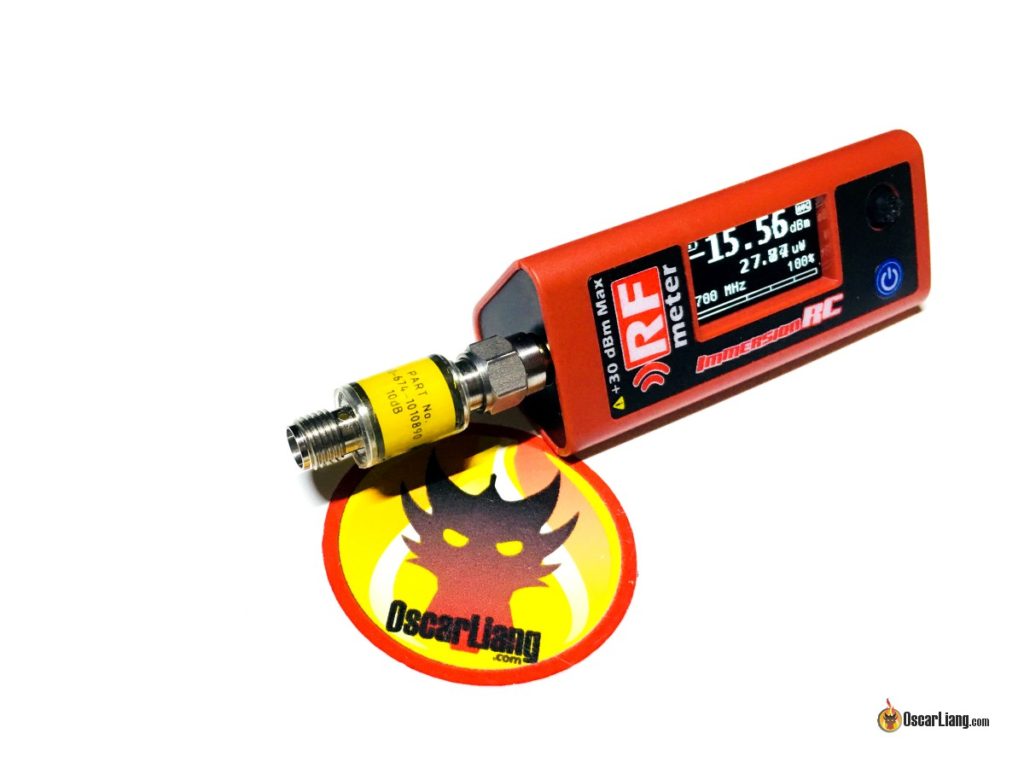 You are recommended to use an external attenuator if you want to test anything more powerful than 500mW for a longer period of time. I was suggested by Sander from ImmersionRC to use a 2W 10dB 18GHz attenuator, for example: https://amzn.to/2KLVbGs.

My plan is to test VTX with no more than 1500mW, so that should be good enough.

Note that when you make such measurements it is good practice to calibrate out the attenuator and any extra adapter you use. According to Sander:

If you already have the V1, should you upgrade to the V2?

For racers, definitely yes. It’s more portable with the built-in attenuator, and it’s also more accurate. If you only use it on the bench for testing, V1 should be good enough IMO.

Unfoturnately I don’t have the right equipment to compare to. But according to ImmersionRC, these are individually calibrated in factory to within 0.5dB against a NIST certified laboratory grade instrument.

I guess the answer really depends on what you compare to, and what sort of level of accuracy you are looking for. But if race events are using these as the standard, then there isn’t really much to worry about.

As for consistency, it’s really good! I repeatedly tested the same VTX multiple times and every time I get the same measurement.

Can I use it for Digital FPV System?

looks like it’s now discontinued. out of stock everywhere.

HI, you mentioned, the tool can be used to check the accuracy of the output? How can I check (with this tool), at what frequency is my vtx operating?

you can find out what frequency by looking up the channel.

Quick question. Can this be used to determine which band and channel my VTX is set to?

It doesn’t have similar feature built-in, I think it’s easier to use a goggle module to find out :)

So i should be getting this then, because with other cheaper rf power i need to buy an expensive attenuator so it i will end up bout the same or even more expensive.
Great clear article!

Has anyone had any luck at all using this as a drone finder? tried several different directional antennas and none of them would register any signal until you are basically next to the VTX.

set to the correct frequency? set to minimum attenuation?

Have you done long-term testing with this device? I’m seeing others testing VTX is that people have been testing for years and they are all showing extremely low mw output however function perfectly fine. I have a feeling that there is something to do with the setup of this device that is skewing the results.

Could you say if its possible to measure 5,8 ghz 2000 mw with antenna (no sma plugged…) without damage the power meter… ?

You probably need an attenuator. Check with ImmersionRC support and see what kind of attenuator they recommend for your application.

Any change you start a spreadsheet with the measures for all the VTXs you can get your hands on?

“You can test VTX output using an antenna as well, by simply placing it close to the transmitting antenna. However I found this way of measuring unreliable and inconsistent. The value can fluctuate a lot with a tiny bit of movement, and the result is often under-estimated compared to measurement from direct connection.”
yes and no.
you have to rotate around the antenna with a calibrated unit (i.e. attenuated to 8.5dB or 9.0dB) and it will tell you for certain if someone is 50mW more than what they are supposed to be, and I’ve been able to get it within 3mW consistently with direct antenna-to-antenna contact attenuated, as the reading that was meter-to-vtx direct connected.
youtube.com/watch?v=jW6ZgKVYo_8

Thanks Joe, I am missing the attenation part :) I’ve added a note and the video you linked in the review. Great demonstration!

Can you link to a attenuator thar fits the RF V2?

Any recommendation on a directional antenna? As a relative noob to fpv, the ‘finding lost quad in tall grass’ GREATLY appeals to me!

take a look at my FPV antenna buyer’s guide :)