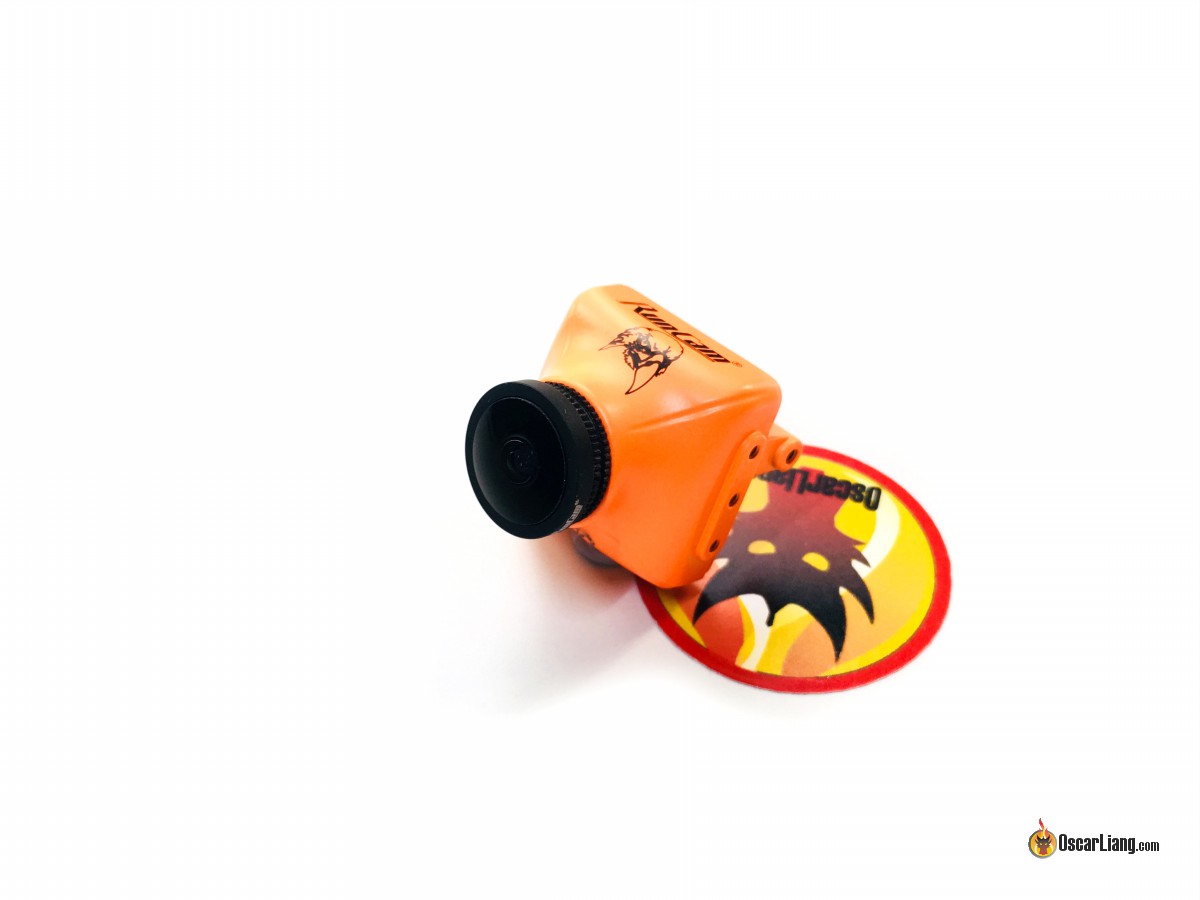 The recently released Night Eagle 2 (NE2) FPV camera by Runcam is designed entirely for night FPV flying. In this review we will compare the new NE2 to its predecessor, the RunCam Night Eagle (NE).

Where to buy the Runcam Night Eagle 2?

This review is written by Sirdude from IntoFPV.com. Check out this tutorial to learn how to choose a good FPV camera.

What’s the Night Eagle for?

The NE2 is strictly a night vision camera because it provides a BLACK and WHITE image only, it does not produce color video regardless day or night.

If color video is important to you, then you may want to consider one of the many very good color cameras by RunCam or Foxeer just to name a couple.

But the Night Eagle 2 works extremely well in dark condition as you will see in our test footage.

What to enhance night vision capability of your camera? Check out this guide.

Like all of RunCam’s products, it came well packed. 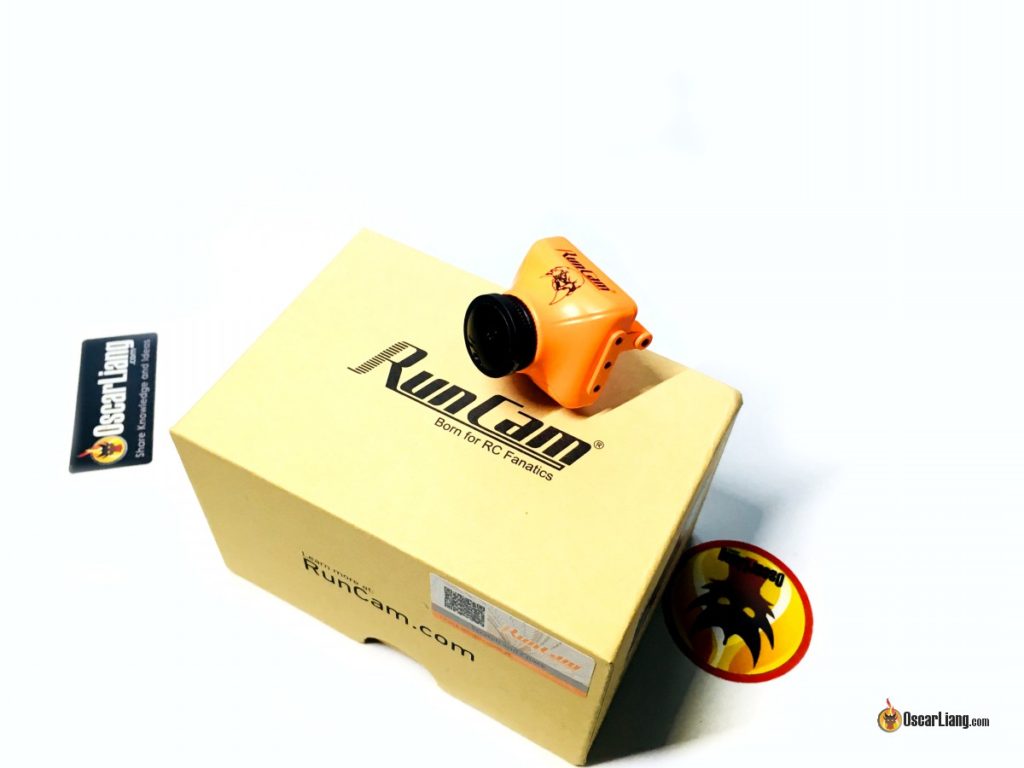 Additionally, it came with the customary minimal documentation, but really, not much info or instruction is needed to use this camera.

Inside the box was the camera, the mounting bracket, the power/signal cable, a small extension cable for the OSD, a small bag of hardware including screws, nuts, washers and a different back plate to accommodate different mounting solutions. 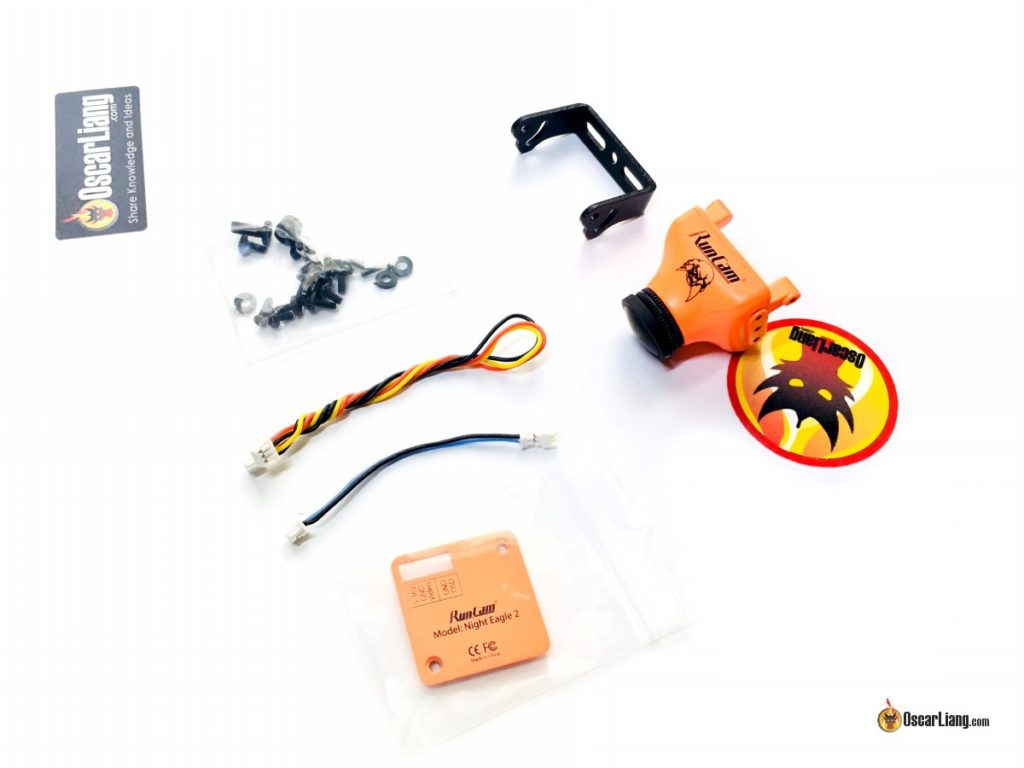 Most FPV cameras are designed for daytime or low light flying and provides colour image, on the other hand the NE2 is designed for minimal light, night time flying.

In appearance, the Night Eagle 2 is very similar to many other cameras in this class. 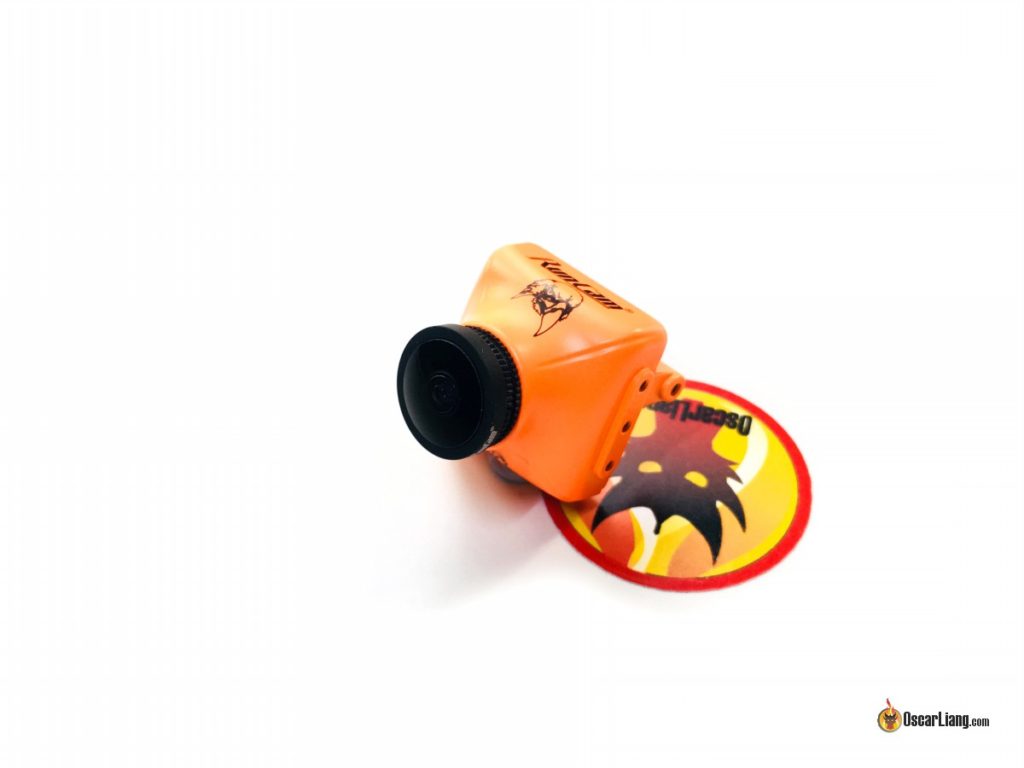 Upon examination, we find that the specifications for both these cameras are almost identical.

An interesting note, the NE2 is actually slightly smaller than the NE, but it’s a gram and a half heaver by switching housing material from Magnesium Alloy to Aluminiium Alloy.

Additionally, RunCam removed what I felt was the weakest part of the Night Eagle. The NE has two PCB’s internally, one piggy backed on the other, while the NE2 has only one PCB.

In the NE, there is a piece of foam pad inside of the cover which is designed to keep pressure on the PCB’s and keep them from becoming disconnected. The NE2 only has one PCB so there is nothing to become disconnected.

The NE suffered from a lot of failures (I am on my third one) due to this double-PCB design and hopefully this change will make the NE2 immune to such failures.

The single PCB design has not only made the NE2 more robust, but also smaller in size. 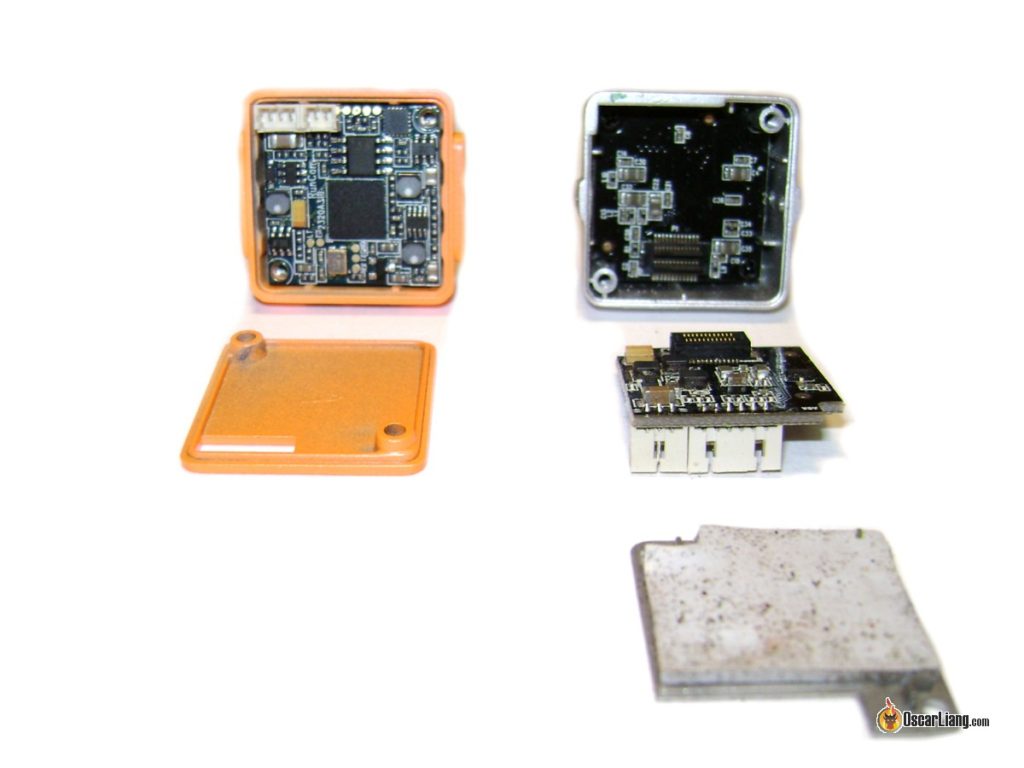 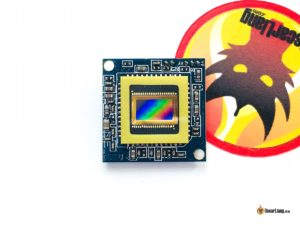 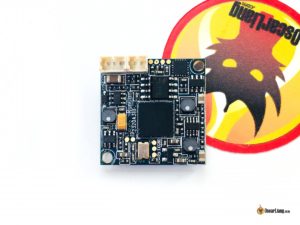 The Gain settings in the NE2 allows you to adjust exposure of the camera, which is not available on the previous NE. For example you can get a brighter image in extremely dark environment. You can increase gain for darker condition. 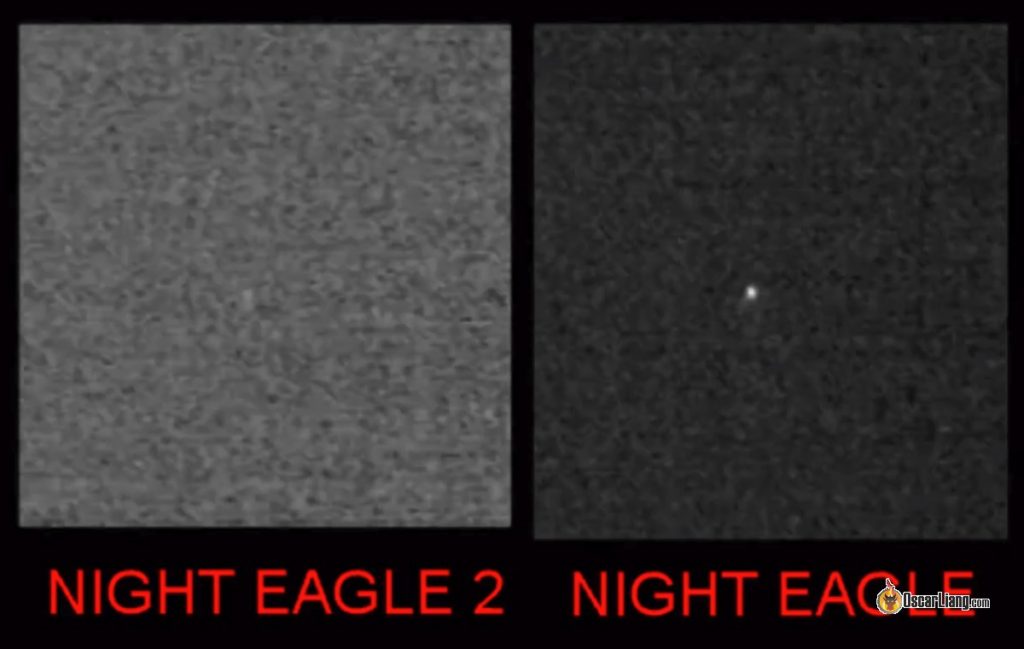 There are so many ways you can mount the NE2 in your mini quad with the included accessories, it makes the NE2 compatible with nearly all the frames out there. 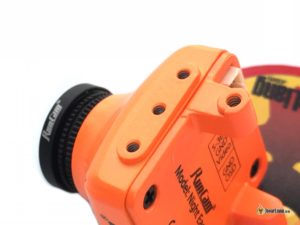 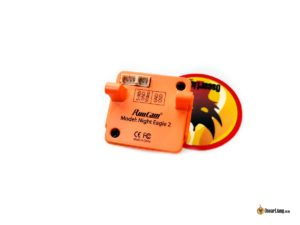 The video latency of the Night Eagle 2 is about 26.2ms, which is very low and on par with CCD cameras.

The real question here, is how does the NE2 perform during flight in minimal light.

To test this camera, I mounted the NE2 temporarily over the NE in the same quad. 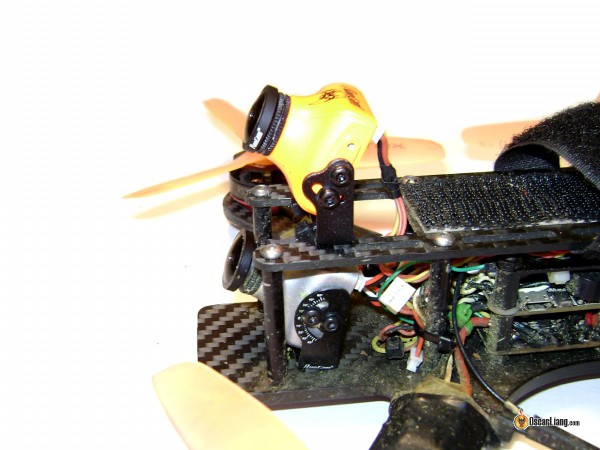 The two cameras are connected to two separate but identical VTX (FX796T). 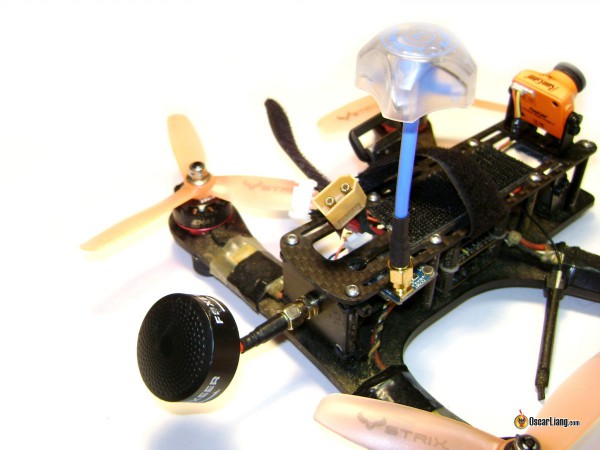 This allows me to operate the NE2 and the NE under nearly identical conditions, allowing an accurate comparison of the videos.

(I would like to preface these next videos by saying my skills as a pilot or videographer are severely lacking, so view at your own risk!)

In the proceeding video, most of the lights outside were cut off at approximately 0:50 seconds in. Even though there was still some external lighting around, it was still fairly dark particularly on the downside of the slope.

In this video, the camera was flown in some very dark areas indicated in the video when they occur. In these areas it was literally hard to see my hand in front of my face and had I not already been familiar with the locations, I don’t know that it would have been flyable.

The Night Eagle 2 is an excellent night vision camera and I highly recommend it as a low light FPV camera.

There is very little difference in the pictures and sensitivity to light between the NE2 and the NE. But the introduction of Gain setting is definitely an advantage.

The main advantage in the NE2 over the NE though, is in the construction. By having only one PCB, it circumvents a major design flaw in the NE, which eliminates failures due to vibration causing the PCB’s to separate.

Beware that this camera is not for everyone. A lot of folks just want to fly FPV during the day with a color camera, and there are tons of options out there. But none of these cameras will produce reasonably clear video with minimal latency in minimal light like the Night Eagle 2.

Before we even finished our review of the NE2, Runcam is already about to release the Night Eagle 2 Pro version!

But don’t worry, the NE2 Pro is basically the same as the Night Eagle 2, only with added OSD feature to display your battery voltage, pilot name and timer. We are not aware of any other changes to the image quality and performance.

How to Change PID and Betaflight Settings with Taranis LUA Script

Hello . You know if is possible record the video of NEPRO2 directly to a PCB of Runcam 2 . I bought the mini FPV recorder Runcam but I want record On PCB Runcam . Is this possible. ?
Thanks for the Answer

The night eagle 2 pro is a two PCB camera again.

Yes my ne2 pro has that foam square inside the cover for the vibration issue. But I had horrible cut out still. Since this is my 2nd unit same problem l researched for issues and found this.
I added about 1.5 mm extra thickness on the foam to reinforce the “solution” runcam is using will test in the am. God I’m looking forward to having this solved…

Hi Oscar, always in depth technically capable reviews. Does the Runcam Night Eagle 2 have an IR block filter? I can’t see any mentioning whether or not in the documentation. Leaves on trees normally look more glowing in IR, so I suspect from your night footage, that that the camera might have an IR filter. Did you unscrew the lens?