Tips on Sony Super HAD CCD Camera for FPV – PZ0420 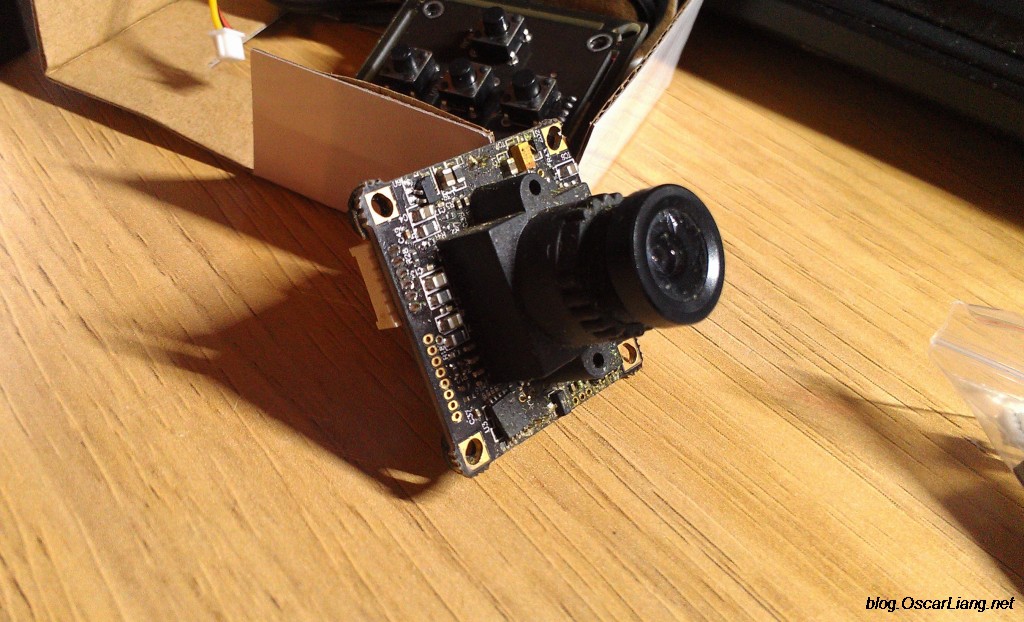 The Sony Super HAD 600tvl CCD Camera is a popular camera for FPV, either quadcopter, or fixed wings. Its affordable price and excellent performance make it outperforms many expensive cameras. It has exceptional low light handling abilities and transitions very well from low light to intense light conditions.

I will also share some tips on how to use this camera, show you how to replace the lens too! 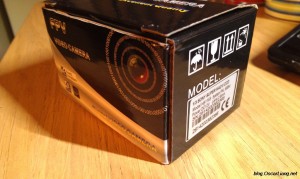 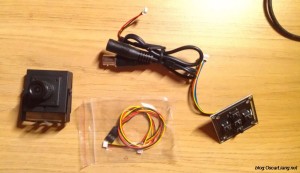 I could fly directly toward the sun without having the sunlight saturating the camera (doesn’t get blinded). The objects were still visible even with the sun in the shot. I even tried to fly in the evening with very-close-to-dark-night lighting condition, I could still see very well using this camera, just amazing performance for its price.

There are many parameters and settings you can play around with, through an on screen display menu. The OSD board can be unplugged and removed when not in use and the settings stay on the camera.

I was very pleased even with the default settings, but here are some of my personal settings to make it look even better:

Here is a video showing the result comparing to the Mobius Camera. (note that the PZ0420 camera is with default settings. The mobius is recorded at 1080p, and the Sony FPV camera is recorded with a DVR on a video receiver, so quality is not what we are after here, but the ability to deal with change of light condition)

Camera with case, without case 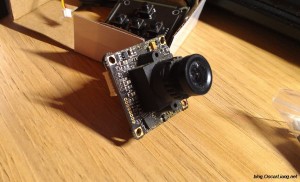 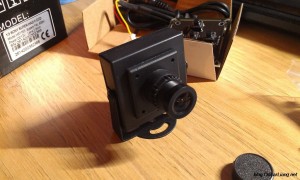 Because the camera won’t fit the camera mount unless I take the case off, so I did that and only realized the lens is actually attached to the case (part of the case)! I was scared, but luckily I noticed I could just remove the lens from the broken one and put it on the new camera board. So be careful which one to choose! If you don’t need the case, don’t buy the cased version! 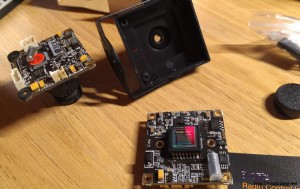 the lens is part of the case 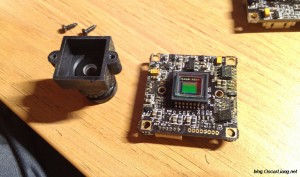 lens is removable on the un-case version

Although the two cameras I bought are both the same model/brand, and are 2.8mm lens, they look a bit different. The PCB, the lens etc. Here are some side by side comparison of the two cameras. 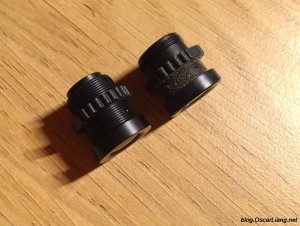 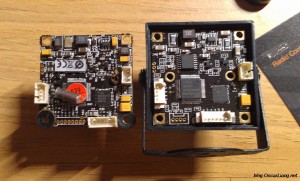 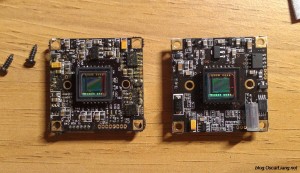 both cameras without the lens

Here I put the old lens on the new camera. 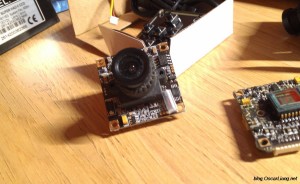 When I first moved the lens over, the picture looked very blurry. Again I was scared, until I found the focus is adjustable on the lens to make the picture look sharper. Just rotate the knob in the middle of the lens. 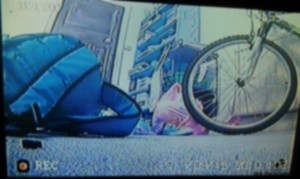 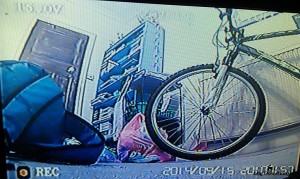 As you can see in my broken camera, the edges of the board looks awful. it’s covered with stains from the grass and leaves. So I decided to put electrical tape around it for protection. Liquid electrical tape would be better but a lot more expensive. 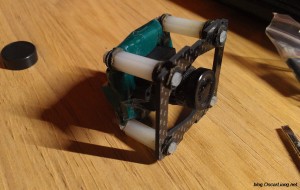 The manual that came with the camera, took a picture in case I need it again in the future. 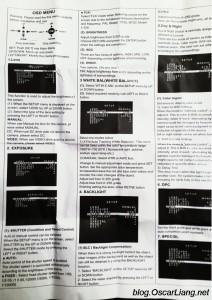 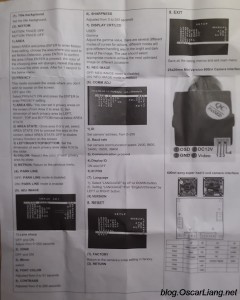 Do You know how to change image from Mirrored to Normal

Could you please put a link of that camera here
i was searching for it, but there are so many.
I think there is even a newer version of it
Best regards Stepahn

Hi Oscar,
Your site is definitely a huge source of informations, thanks for that.
I bought this cam, plug it instead of my Eachine CMOS useless cam. Same connection, everything PAL. Shouldn’t be a voltage issue…

The only thing I have is a grey image… nothing…
I tried the OSD, … nothing as well.

What could that be?

Thanks for your support and advises ;)

Hi Indy,
I had the same problem. The issue was with voltage. Although my skyplus is rated 5-17V my 5V feed from PDB resulted in the gray screen. Once switched to 12V it worked. Try, might help. Good luck

Hey Oscar. Thanks for taking the time with this review. One question, was this camera you used the ir sensitive or ir blocked version. I understand ir sensitive has better low light performance, but does it suffer from sun flare when pointed directly into. Thanks again ;)

lastly, i would really appreciate it if you could post your questions on the forum in the future: http://intoFPV.com … I don’t want to miss your comment, because I only check my blog comments once a week, but I use the forum daily!

Hi Oscar!
I have the same camera but have managed to break off and lose the tiny silver capacitor that sits off the board on the back.
I would be most grateful if you could have a look at yours and tell me any serial numbers or similar it has on it so I can hopefully find a replacement.
Thanks!
Jono

that’s not a capacitor but a occilator… it will cost more time, money and effort to repair it than getting a new camera to be honest!
lastly, i would really appreciate it if you could post your questions on the forum in the future: http://intoFPV.com … I don’t want to miss your comment, because I only check my blog comments once a week, but I use the forum daily!

Where can i find the gamma setting? Is there another name for this adjustment?

Hi Oscar. I love your posts.
Can you tell me where I can get the female blades for the three pin connector of the Sony FPV – PZ0420.
I am not sure if it is the PICO, but I’ve searched all over and I can’t seem to find the female connector, so I can crimp it myself.

I bought a PZ0420H with plastic case, and it doesn’t fit into my frame. I can remove the case, but the lens holder is attached to the case. I am looking to buy a replacement lens holder I can screw into the camera (without case). I am having trouble finding one. Any idea where I can get one, please?

I would like to ask what transmitter and receiver did you use?

Looking for some confirmation on whether or not my cam is broken. I went to fire up my fpv set up yesterday and all I see is a white screen with my minimosd readings on the screen. I checked all the wiring and everything was good (it worked the night before). I then plugged my friend’s identical camera into my setup and I had visual. I then plugged my camera into his set up and the white screen happened again. Do you think I got a “lemon” sony 600 that is broken?

are you able to hook up a OSD control to the camera, and adjust the settings? try factory reset.

Hey Colby,
Did you find out what was going on? I have the same problem. White screen with OSD. I changed cameras (I have two identical Sony HAD II and transmitter setups) and they both do the same thing.

Are you sure the lens on the cased version is not removable? Because I have used these cameras for quite some time, and I’ve always been able to remove the lens from the case. Loosen the knurled lock ring like you’re going to adjust the focus then keep turning until it comes off. I’ve bought the case separate from the camera and I just take the lens off the plastic piece that’s bolted to the board then I screw it into the metal case. Try it!

lens is removable, but not the lens holder. apologise if i didn’t make it clear in the article.

thanks oscar, used your cam settings, and it looks great!

Hey Oscar,
Securitycamera2000.com now offer a newer and smaller version of the PZ0420, which is the PZ0420M.
I am planning to build a mini quad, using a ZMR 250 frame but don’t know what the mounting holes distance is on the camera mount. Do you think ordering the newer version is a good idea or should I stick with the old one?
Your help would be greatly appreciated, here.

sorry i don’t. maybe check with their customer service :)
I would probably stick with the old version, old one works just fine, and no need to worry about mounting :)

The PZ0420M works fine with both the Blackout or ZRM mounting plates. But you have to get a bit creative with the screws you use. The plastic bots that come with the Blackout are fine because you can mount them slightly angle. You might need to source some of those for the ZMR. If not, 3M double-side extreme tape works wonders to mount them. I have mine mounted with screws at the bottom and tape at the top. Yes, I fly a PZ0420M.

Sir could you share link where did you bought this from? I searched on ebay buy the lens is 3.6mm not 2.8mm like yours. Thanks in advance :)

nice write up. Just out of curiosity, what size are your nylon standoffs in order to fit the mount holes and the camera holes?