What is a Quadcopter and How does it Fly? 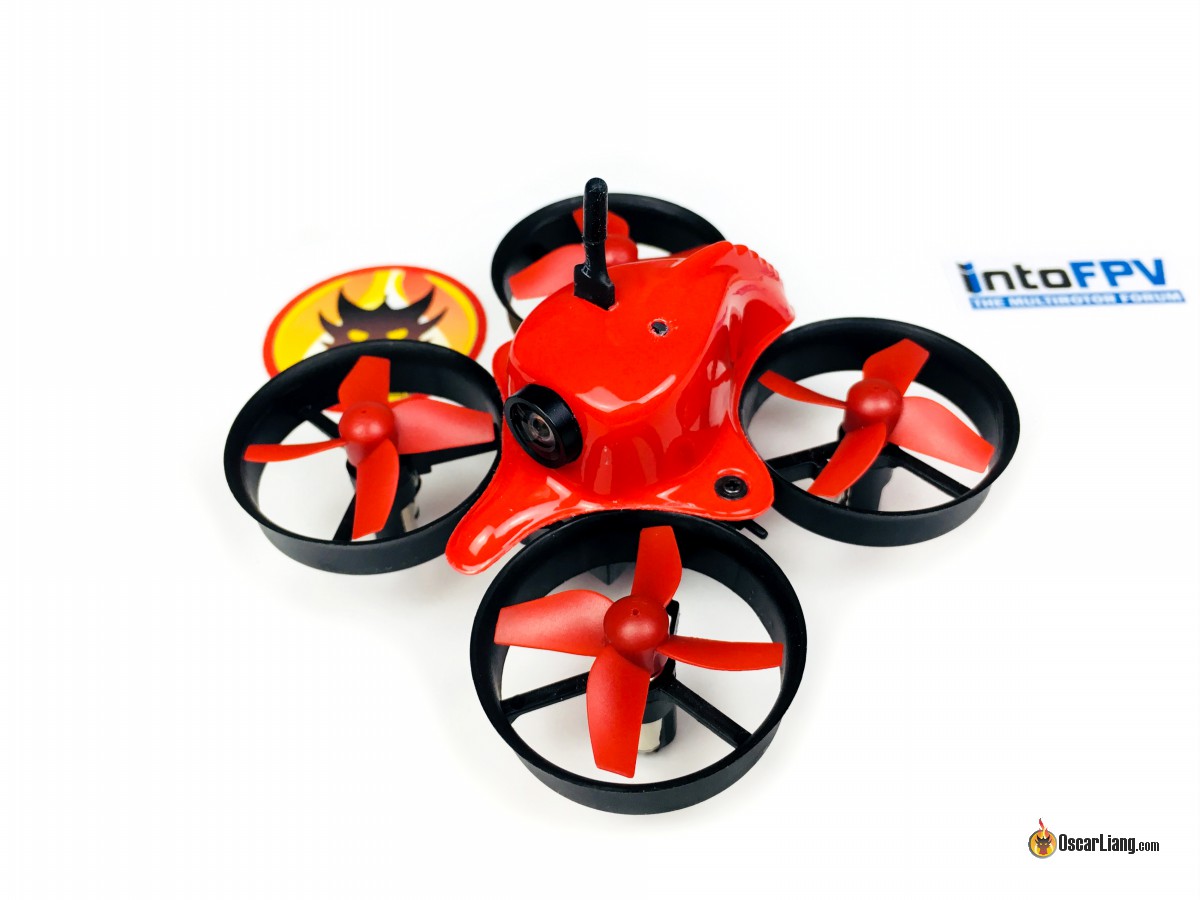 The media tends to use the term “drone” to refer to what we RC hobbyists call a “quadcopter” or “multirotor“. In this article I am going to share some of my ideas what drones and quadcopters are, and what the differences are between them. And how a quadcopter flies.

What is a Quadcopter?

A quadcopter is a type of multirotor with 4 rotors. Because of the unique design quadcopters are more cost effective and easier to build as a small RC model. A Quadcopter also provides relatively stable flight performance, making them ideal for tasks such as surveillance and aerial photography. 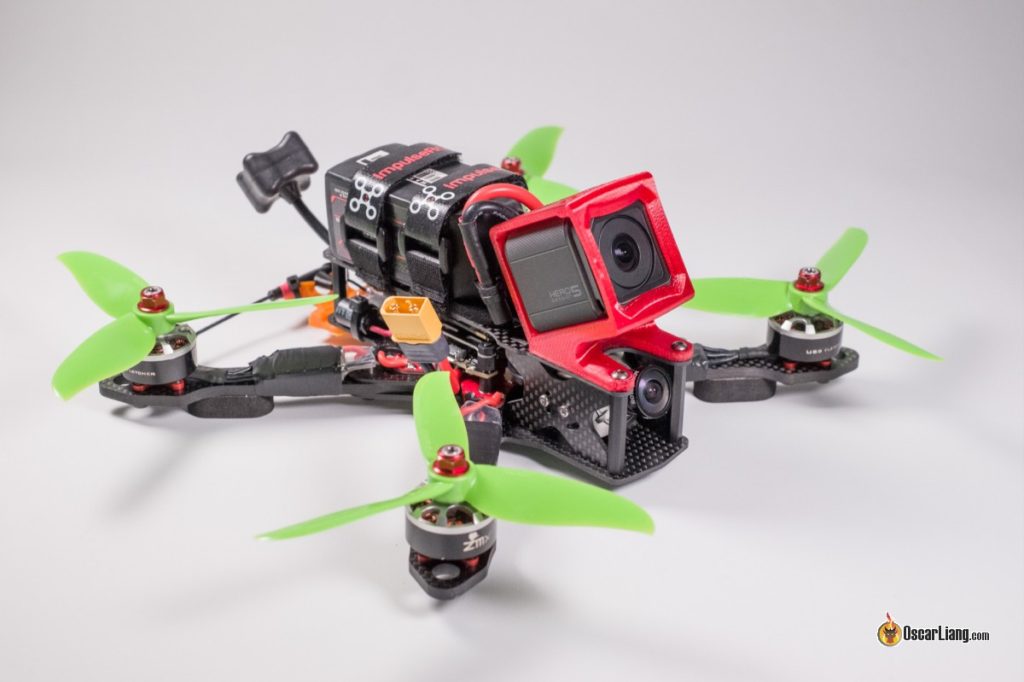 Quadcopters exist in many different sizes. From as small as the size of your palm, to something big enough to carry a passenger.

How does a Quadcopter Fly?

On a regular helicopter there is one big rotor to provide all the lifting power and a little tail rotor to offset the lateral torque that is working to turn the body of the heli in the opposite direction of the main rotor.

As the main rotor encounters more resistance from the air, the torque working to turn the body of the heli increases, and the tail rotor must work harder to maintain the direction.

Unlike a helicopter, a quadrotor has four rotors that all work together to produce upward thrust. Each rotor provides 1/4 of the lift, so we can use cheaper and less powerful motors. The movement of a quadcopter is controlled by varying the speed (relative thrusts) of each rotor.

These rotors are typically aligned in a square, two on opposite diagonal corners of the square rotate in clockwise direction (CW) and the other two rotate anti / counter-clockwise (CCW).

If all the rotors were to turn in the same direction, the craft would spin just like the regular helicopter without tail rotor (if you are not sure what I mean, check out this video). Yaw is induced by unbalanced torques.

If you decrease the power of the CW motor pair by 50% and at the same increase the power by 50% to the CCW pair, the copter will be producing the same overall upwards thrust and will maintain altitude, but the torque working on the craft is now 100% greater in the CW direction (opposite to the higher speed motors), and therefore your quad will raw to the right.

To maintain balance, the quadcopter must be continuously taking measurements from the sensors, and making adjustments to the speed of each rotor to keep the body level.

Usually these adjustments are made autonomously by a sophisticated control system on the quadcopter in order to stay balanced. A quadcopter has four controllable degrees of freedom: Yaw, Roll, Pitch, and Altitude. Each degree of freedom can be controlled by adjusting the thrusts of each rotor. 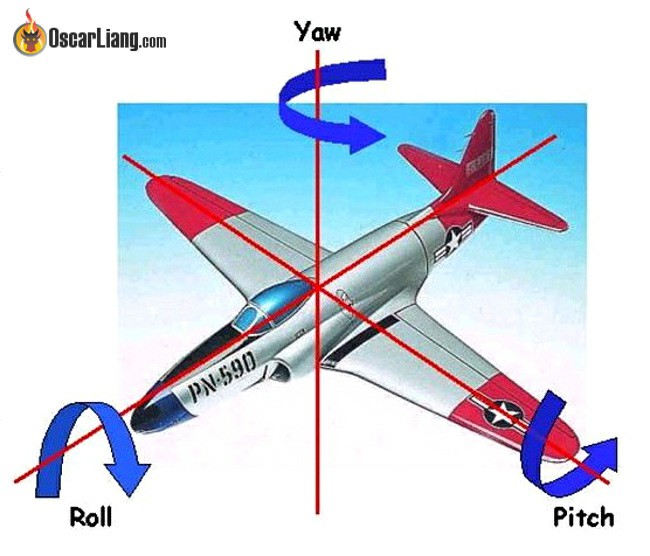 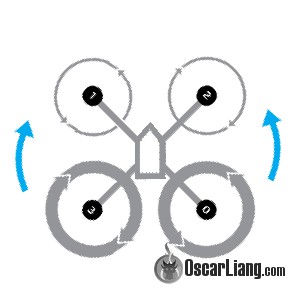 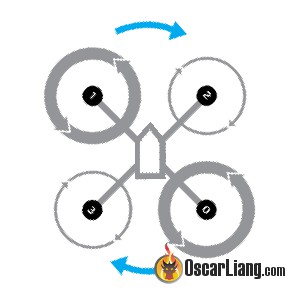 This illustrates how the adjustments made for each degree of freedom must work together to achieve a desired motion, and this is all done by the flight controller. All we pilots on the ground need to do is tell the quadcopter which way to go, or spin using a radio transmitter :) More advanced drones are even equipped with GPS and additional hardware/software to perform autonomous flights.

What is a Drone?

The word drone is used to describe an unmanned mobile craft of any kind, usually one which has a camera to live stream video from the craft to the operator. According to Wikipedia, a drone is also known as a UAV (unmanned aerial vehicle).

Sadly the media have attached a negative stigma to the word drone and now many people think first of a military craft such as the USAF Predator – bristling with weapons. The paranoid think of an ‘invisible craft’ that is covered with cameras microphones and other spy surveillance gear. 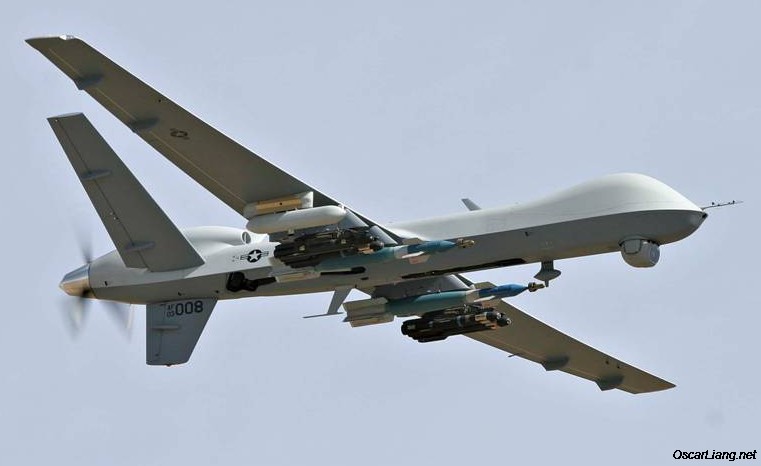 Only after these two, do people think of the DJI Phantom style quadcopters for aerial photography, and the little remote controlled toys they can get from most supermarkets these days. Finally, drone racing and freestyle flying enters their minds, only if they have ever even heard of it. 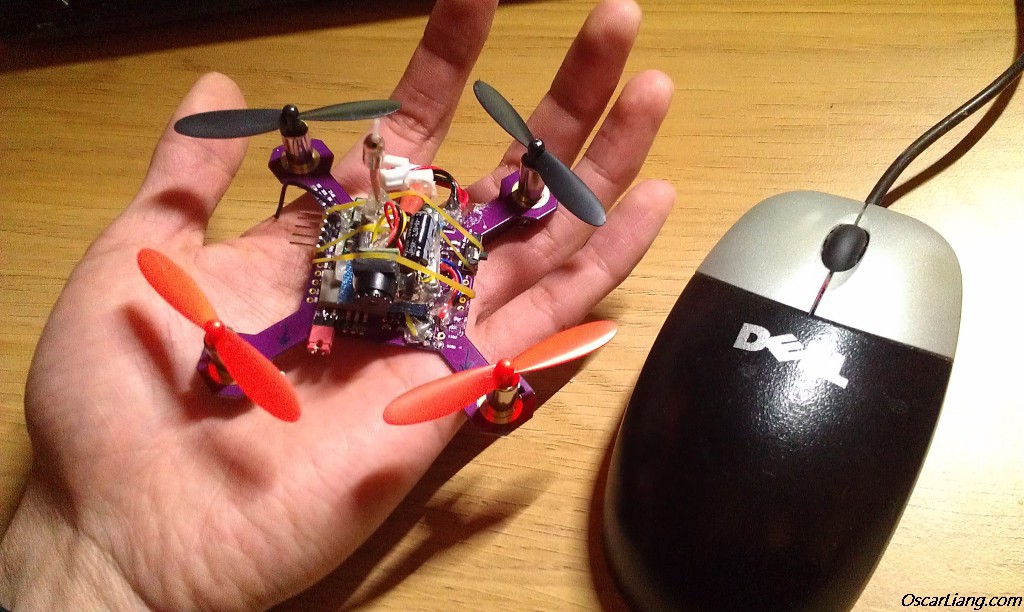 Due to this militaristic stigma there are those in the hobby who strictly refer to their craft as a quadcopter or multirotor.

However when you say “quadcopter” or “multicopter” to someone walking by with a curious mind, most of the times you will just get a blank look. I actually started calling it “drone” myself when talking to people, the important thing is explain what you use it for, and that it’s not meant to harm someone :)

If a qaudcopter is a drone “… like bacon is pork,” that is a reason to not call quadcopters drones. You wouldn’t ask for a pork sandwich if you wanted a bacon sandwich, even though bacon is a type of pork; so why deliberately be less specific and call a quadcopter a drone, even though it is a type of drone.

Personally, I don’t like the term drone. My dislike is because the word has many negative connotations, in particular the meaning of “dull monotonous speech”.

From the OED, the definitions of drone are:

1 Make a continuous low humming sound: in the far distance a machine droned
1.1 Speak tediously in a dull monotonous tone: he reached for another beer while Jim droned on
1.2 [with adverbial of direction] Move with a continuous humming sound: traffic droned up and down the street

1A continuous low humming sound: he nodded off to the drone of the car engine
1.1 informal A monotonous speech: only twenty minutes of the hour-long drone had passed

3A male bee in a colony of social bees, which does no work but can fertilize a queen.
3.1A person who does no useful work and lives off others: the University takes all the profit and redistributes it to drones like him

4A remote-controlled pilotless aircraft or missile.

As you can see, many of the meanings of the word drone have negative connotations. So I use “quadcopter” or “copter”, even if I have to take time to explain it.

For most of us they are quadcopters unless you are using a very sophisticated automation system to navigate and make decisions with almost no human intervention.