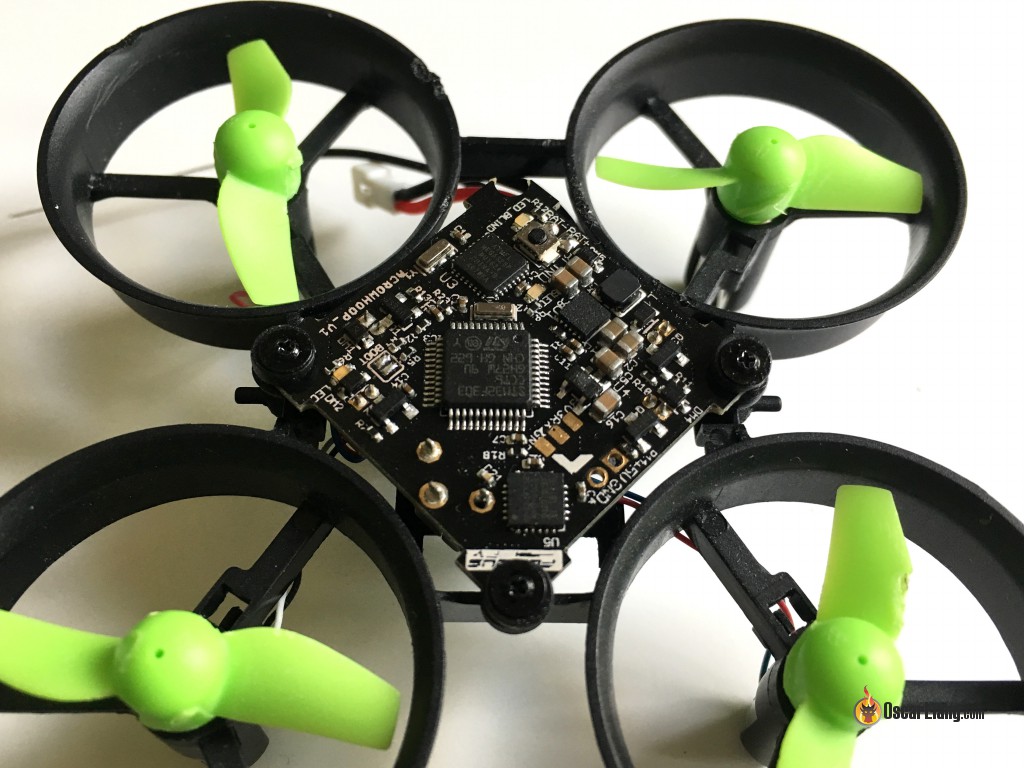 I am just trying to install the AcroWhoop FC on the Eachine E010 micro quad, so I can bind the Taranis directly with this quad and fly in full Acro mode.

Update: Why spend time building tiny whoop when you can just buy one ready to fly? Here are some of the best Tiny Whoops on the market.

I have tried the BeeBrain V1, but it won’t fit the E010 frame due to the location of the USB port (because it’s designed for the Inductix frame). I thought the AcroWhoop wouldn’t work either for the same reason, but I am wrong!

Check out other Tiny whoop FC options in this comparison chart. 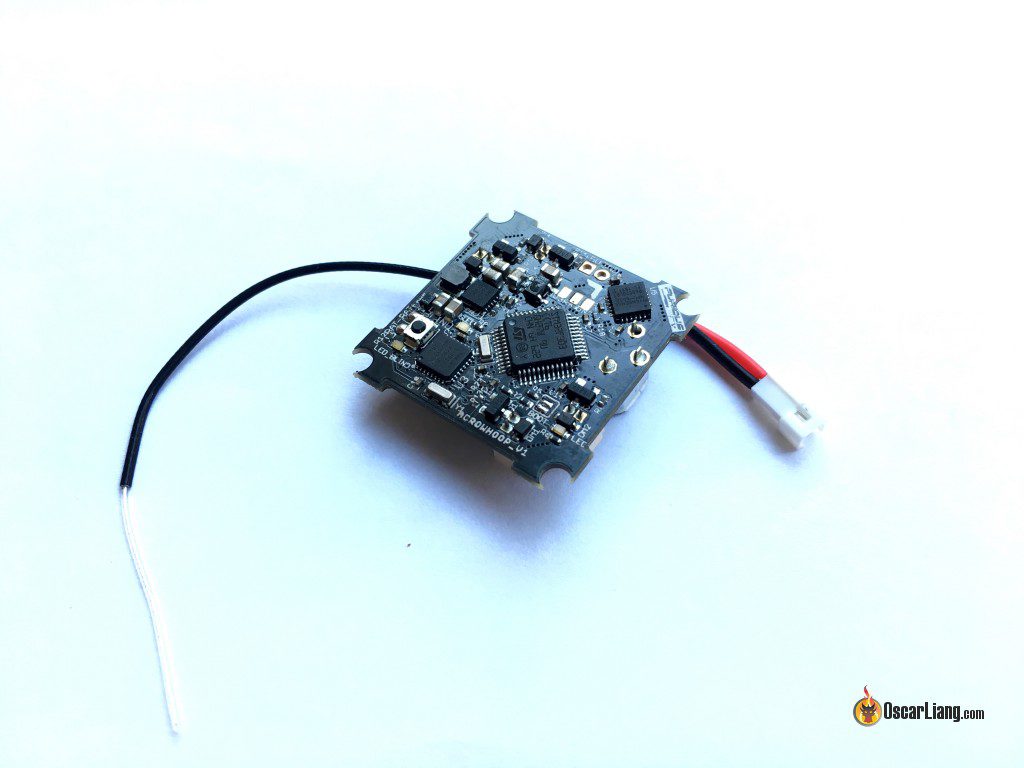 Interestingly from the prototype board picture, the USB port was supposed to be located on the top of the FC and pointing horizontally (like the BeeCore). However when I received the board (production version), it looks like they have moved the USB port to the bottom which is now pointing downward. 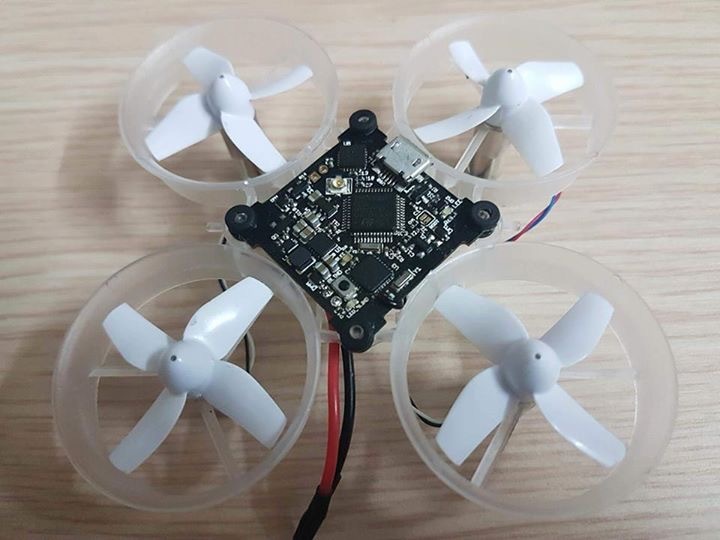 Earlier batch of Acrowhoop FC, where USB was at different location

Note: the AcroWhoop is designed for the Inductrix frame. 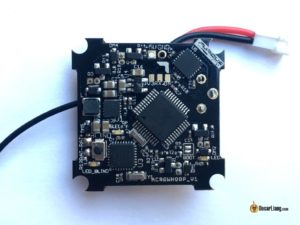 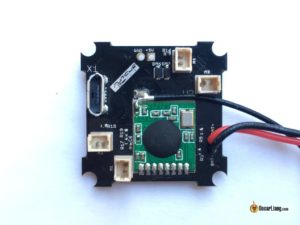 Things They Can Improve On

If you need more help, here is the official manual.

Does AcroWhoop Fit in E010 Frame?

The answer is YES! Only a few things though: 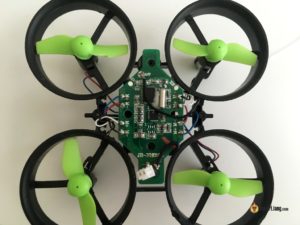 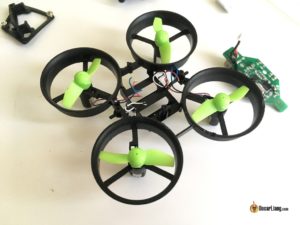 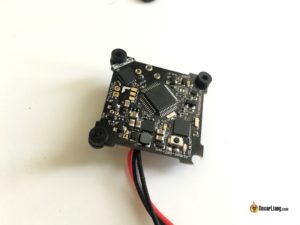 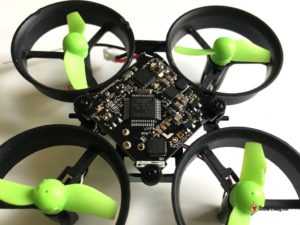 It fits perfectly so far, only problem is the USB Port half blocked by the battery holder. I guess we could cut that piece of plastic off. 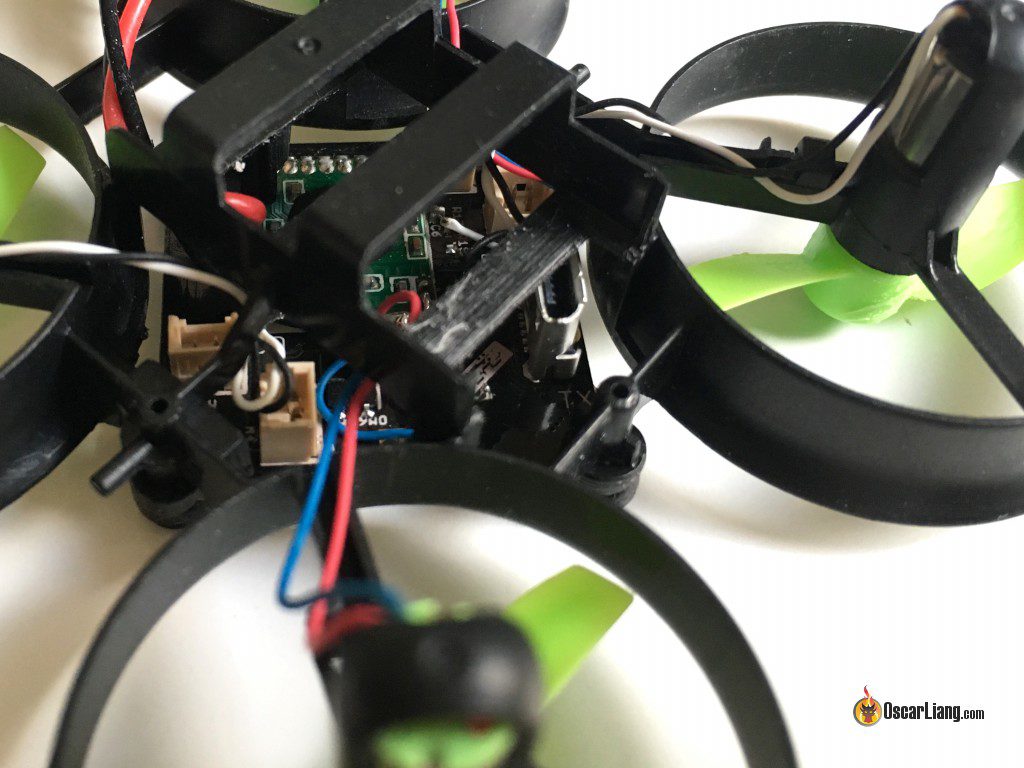 The FC is lifted slightly by the rubber rings. 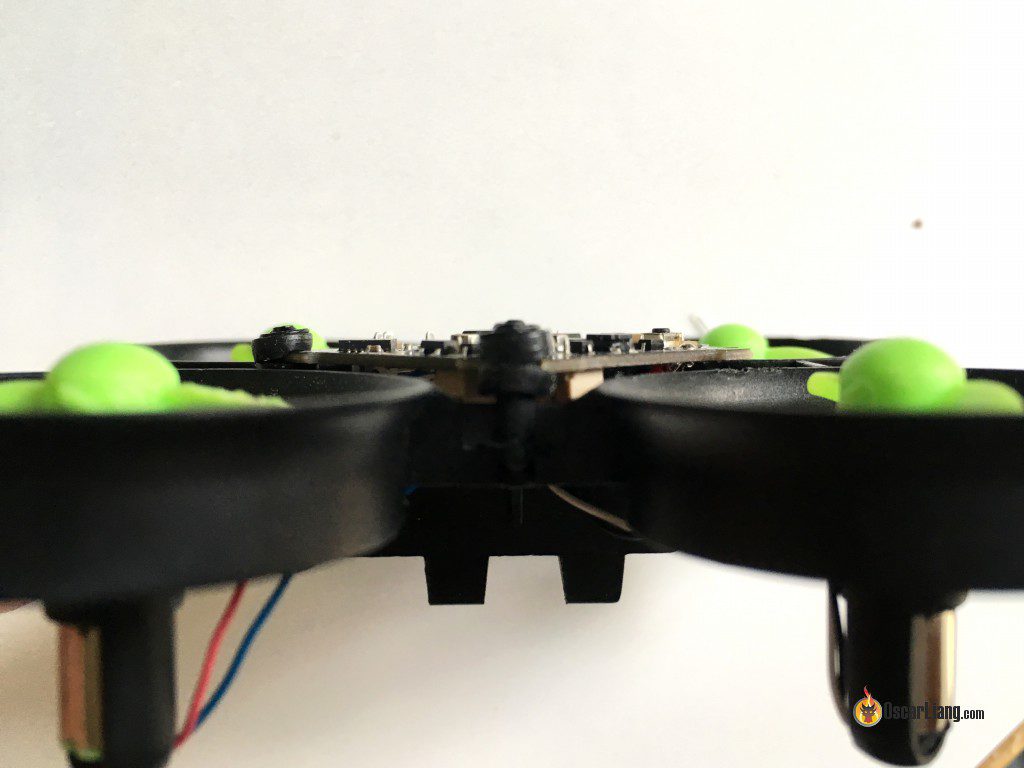 And the rings actually can help lift the VTX/Camera mount from the components on the PCB. However, 2 things: 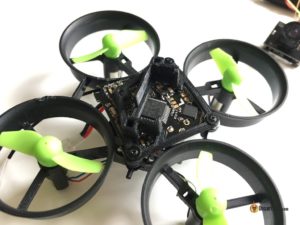 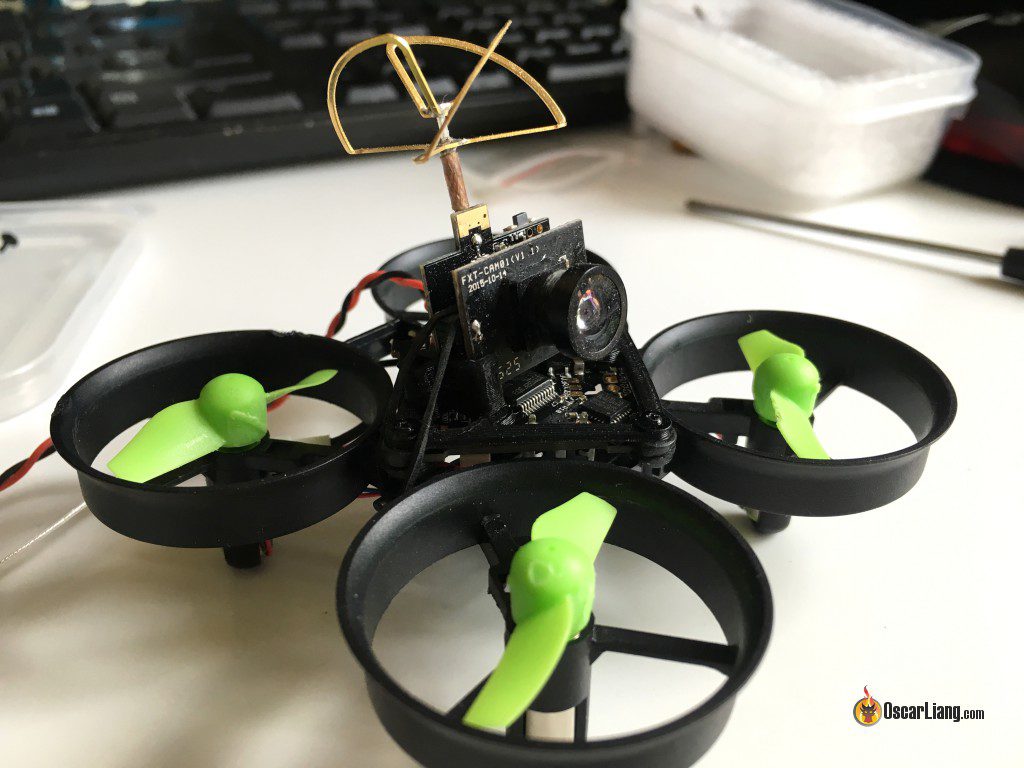 Can i bind this FC to a t8sg jumper radio its frsky compatible?

Please help, red led and thats it, I did bind to controller once, then I dont know what went wrong, DX6 with a AcroV2 board, really frustrating, using betaflight as recommeded

Hello..
What do you have to set the current meter scale value to in betaflight configuration?..
For the acrowhoop v2 with the taranis.. i cant figure out how to get it to display the correct amps..

Maker fire f3 makes a fc for the e010 frame for beta flight and cleanflight. It is made for the eachine frame as the port is on the bottom so I don’t know if it will work on an Inductrix frame it’s only $25 also.

Hi Oscar, great article, quick question though: What firmware comes pre-installed? I think I remember seeing somewhere that it could have Betaflight installed, but I’m wondering what comes installed from the factory.

Will the acro whoop work with the new HV 1s lipos?

I haven’t tested it myself, but I don’t see why not it’s only 0.15V difference :)
but don’t blame me if sh*t happens lol

Can you tell me please, if this Acrowhoop FC will fit in your Tinnywhoop frame for 8.5 motors?

the Acrowhoop has powerful FET that should theoretically be able to drive 8.5mm motors, however the Tinywhoop frame won’t fit 8.5mm motors, only 6mm ones.