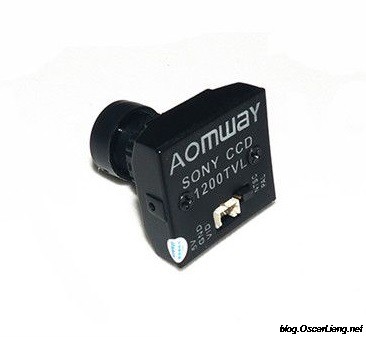 Here we have the Aomway Sony CCD 1200TVL FPV camera. We are going to compare this camera to the most popular FPV board camera on the market – the Sony Super HAD 600TVL, in terms of image quality and latency.

This review is written by Artur B, edited by Oscar. 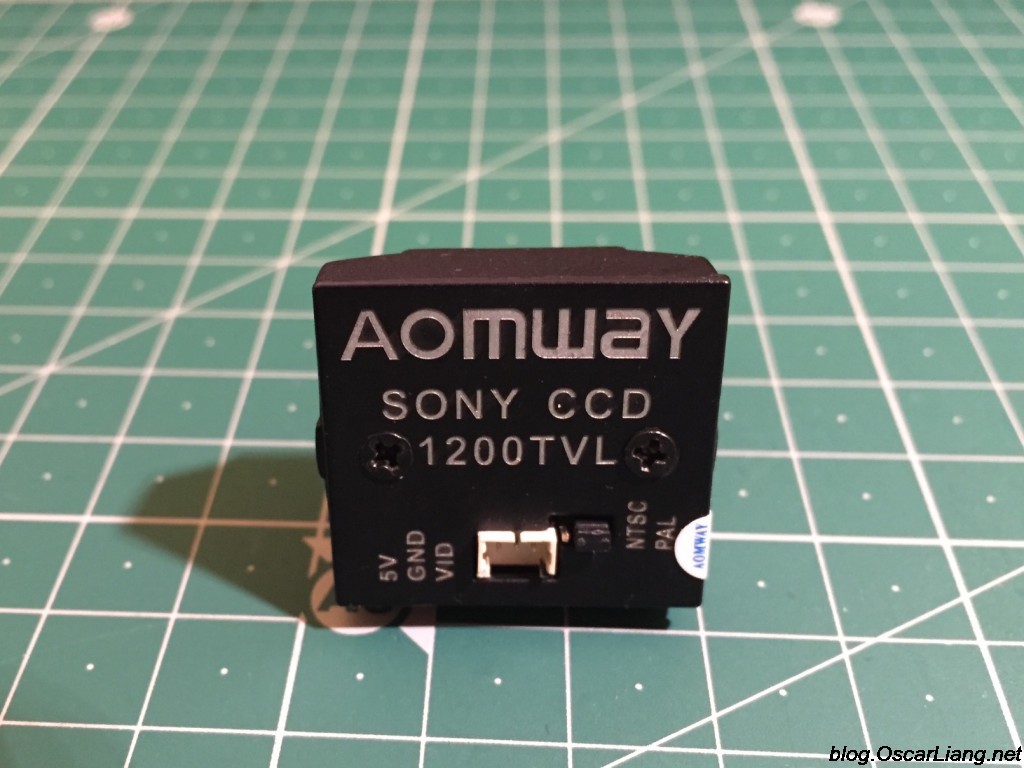 Inside the box we have: 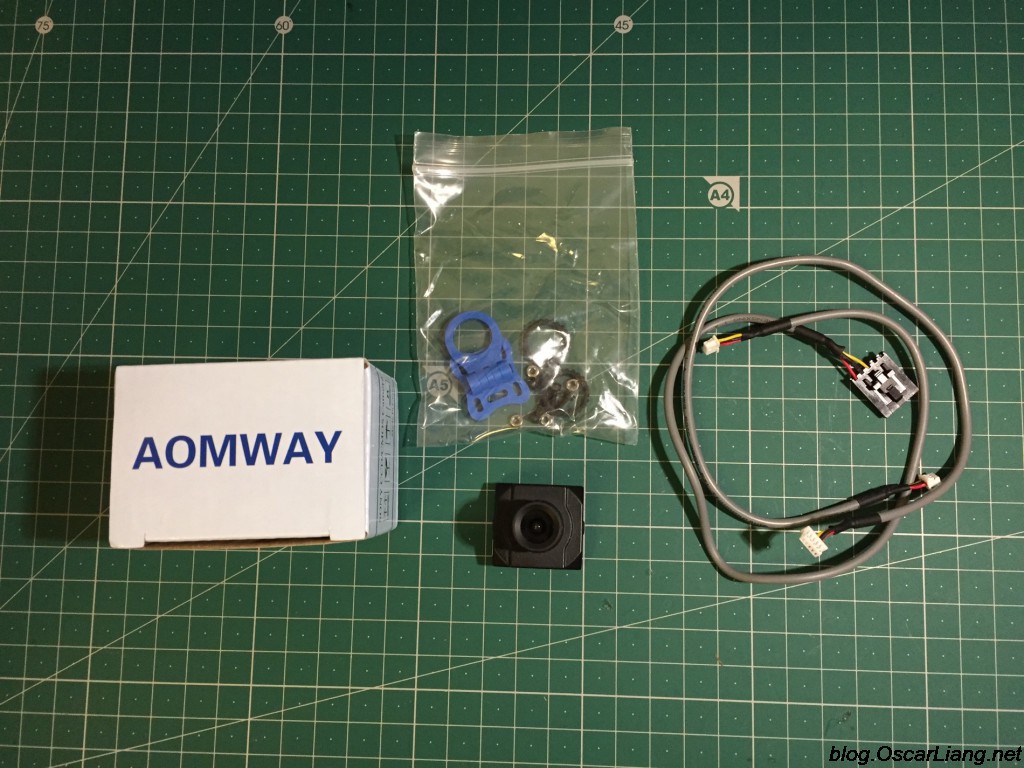 Aomway 1200TVL camera takes 5V input, so a 5V BEC or voltage regulator is required. Feeding this camera with higher than 5V will cause damage to this camera. 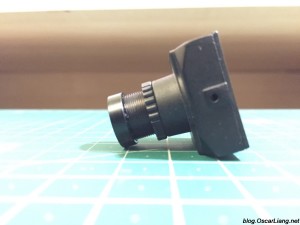 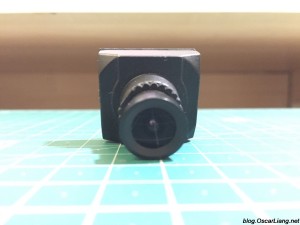 It’s quite compact with a 25mm x 25mm case, which is made of good quality aluminium. Total weigh is 22g.

I find the field of view of a 2.8mm lens a bit too narrow. I personally prefer 2.5mm, that gives me wider perspective, but not too wide that you get the crazy fish eye effect, such as the 2.1mm lens. 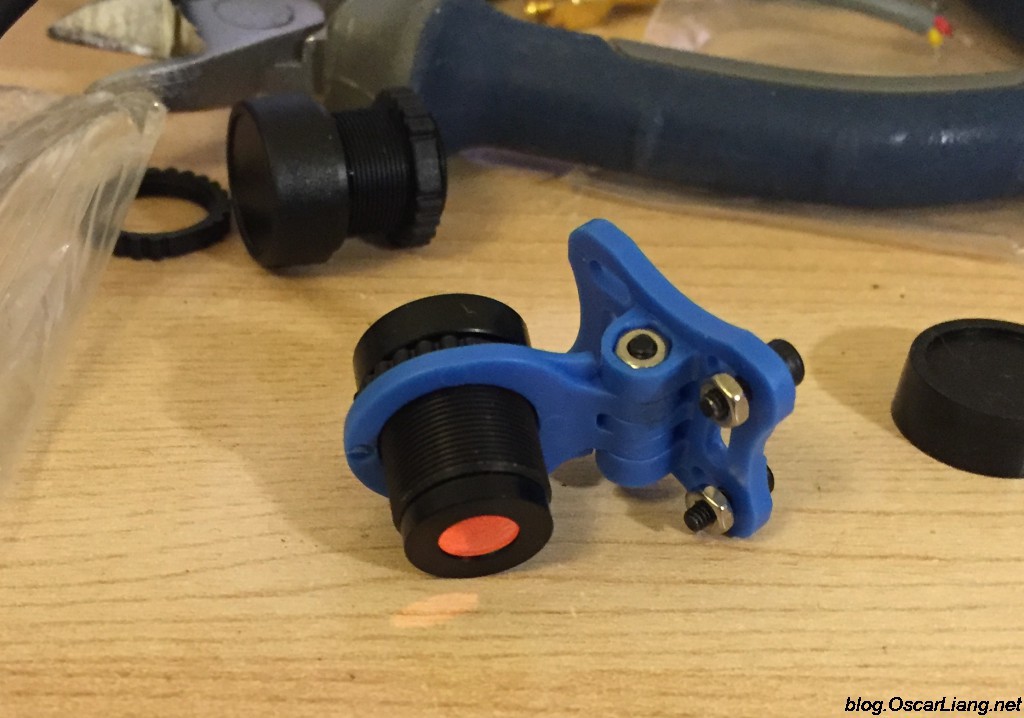 I replaced the lens with a 2.5mm and went out to test it. Unfortunately the colours was very strange, it looked pink-ish for some reason.

I took a closer look at the original lens, and it turned out that the rear glass element has some sort of pink coating, which seems to be the IR filter. I put the original lens back on the camera and the colour went back to normal again.

I guess generic lenses may not work on this camera. It’s really not a big deal since most people will start using this camera out of the box anyway. But if you were planning to swap out the lens like I did, just be aware. :)

Comparing the Aomway 1200TVL to the popular HS1177 camera side by side, you can see the Aomway is slightly smaller in length. 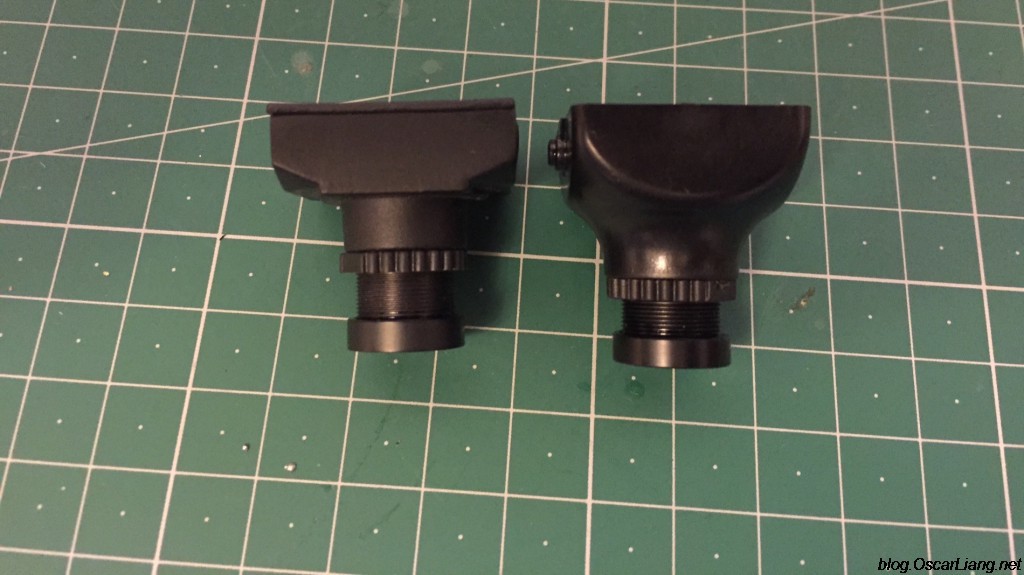 I made a test comparing the picture quality from both cameras.

The 2 cameras were installed on 2 different quadcopters. Then I stacked one quad on top of the other, and set the video transmitters to different channels.

By switching channels in the FPV goggles I could record images from both cameras, shooting the same objects under the same lighting condition.

It is clear that the Aomway 1200TVL camera has better image quality. The handling of light and exposure looks different and better, as if more details are actually captured.

However don’t expect the resolution of the image to be doubled, although the camera spec states that the Aomway is a 1200TVL camera, twice as many TVL as the HS1177. The limitation comes from how much data the VTX can transmit per second, as well as my FPV goggle only has a resolution of VGA 600×480 (so as most people’s FPV goggles, screen displays)

The most important part was the latency test.

The result was, there is a delay of 60ms when using the Aomway 1200TVL camera and only 40ms with the 600TVL. (The latency actually includes the delay caused by the video transmitter and video receiver. The 600TVL camera has extremely low latency so I think majority of the delay comes from the VTX/VRX. But assuming the delay of our video transmission system is constant, the result of 20ms extra delay with the 1200TVL is still valid. If you are interested in the latency test, here is the video: http://youtu.be/LKbySZrb_IM)

I don’t know how many people would notice a 20ms difference, but maybe it would matter more for those who fly close proximity. But it was totally flyable for me when I was testing it. I think it would make more sense to use this camera on relaxed flights and not racing or close proximity.

Flight DVR video from the camera:

Also be aware that the camera doesn’t come with OSD, therefore it’s not possible to change camera settings.

Image quality is very good on the Aomway 1200TVL camera, DVR footage looks not bad at all. Exposure and light handling allows for more details to be captured.

On the other hand, better image quality means more data processing, hence the more latency. With 20ms longer in latency than the 600TVL camera it may not be the best FPV camera for racing where requires instant reaction.

Also you are stuck with the supplied camera lens and cannot swap it out for lenses of different FOV.

Can the review be more serious? do not mislead customers, please do more research..

please suggest what isn’t done properly and what should be improved? that would help me and the author in future.

Your VTX doesn’t have a data limit. It doesn’t even send data. It’s an analog video signal. The resolution is limited by the PAL/NTSC bounds and by your goggles. A million TVL doesn’t have the power to show blu-ray quality on a 640×480 screen.

The transmission will be limited by the bandwidth of the frequency he is utilising .

Hi Oscar,
thanks for your excellent comparison! Bought it from your link and tested against my HS1177.

I do like the level of detail and the more natural colours compared to my HS1177 settings. But there is one major drawback: lens flare from sunlight. The camera is fabulous in cloudy weather but as soon as there is direct sunlight it becomes really disturbing. Any suggestions for a better filtered lens?

You do not buy camera. The camera looks very bad, money wasted

thank you for that explanation, that clear things up!

Hi Oscar
Great Website!!
What Transmitter are you using in this Video ?