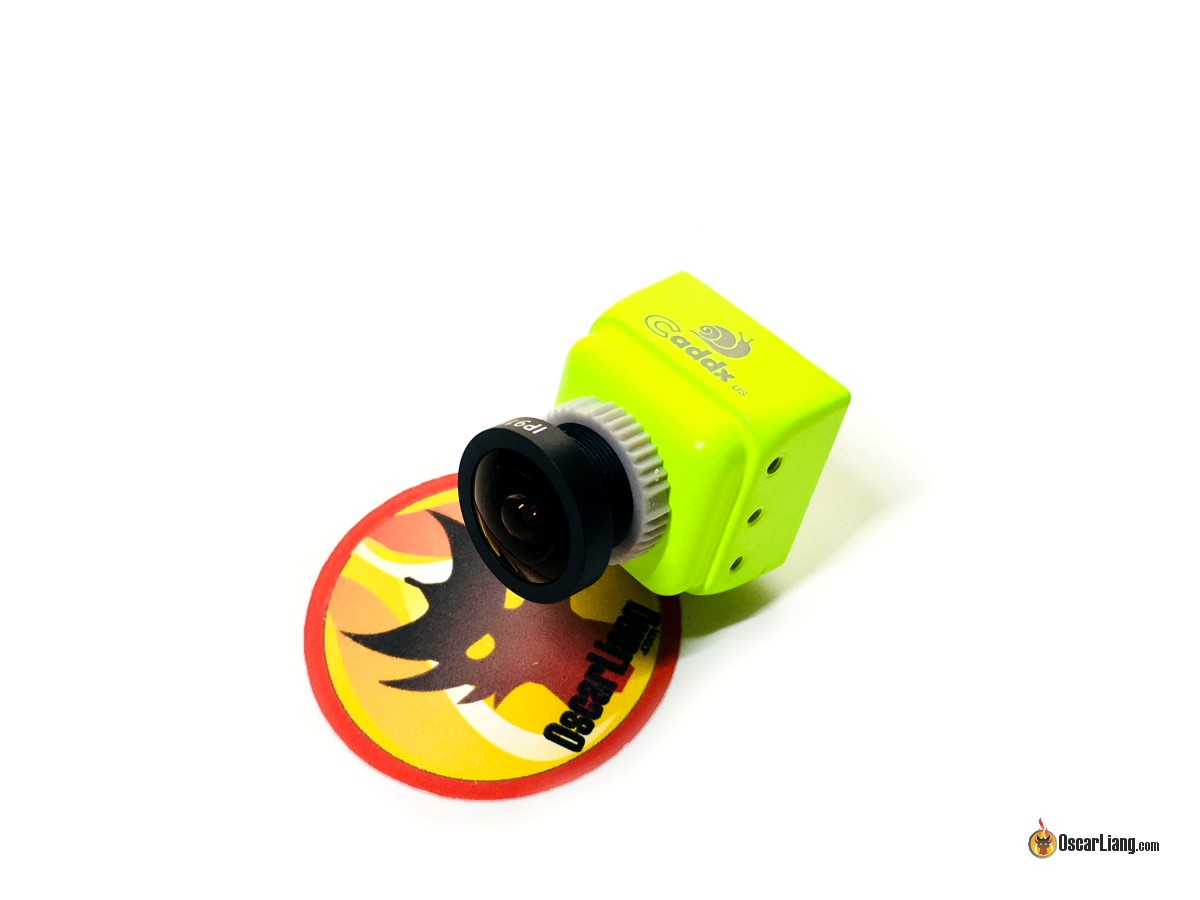 Caddx is a new player in the racing drone industry, which has been mainly involved in security cameras and only recently started making FPV cameras.

They offer two size variants for the Turbo SDR1 camera:

Further Reading: Learn how to choose a good FPV camera

The two different sizes have nearly identical hardware, except the size and lens.

The Mini SDR1’s size is 22x22x27mm, weighs 12 8g. similar to the Runcam Mini Swift or the Foxeer Predator Mini,

The Micro version’s dimension is 19x19x19mm and weighs 5g, similar to the Swift Micro or the Arrow Micro / Predator Micro . 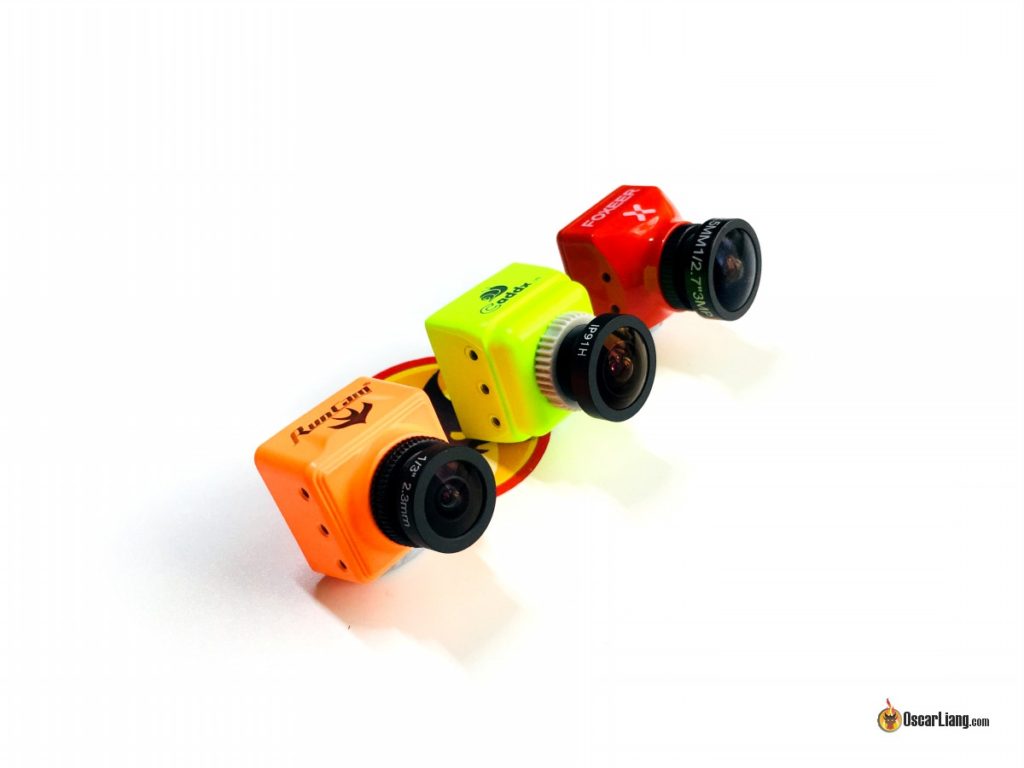 Knowing that Foxeer has released the popular Predator, and Runcam is about to release the Micro Eagle camera, which is also a micro size CMOS camera, this is going to be an interesting battle.

I am also interested to see how the different TVL is going to affect image quality and latency in our testing.

The SDR1 has the same Min Illumination value as the Eagle 2 so I am expecting great performance at low light or night from the SDR1. 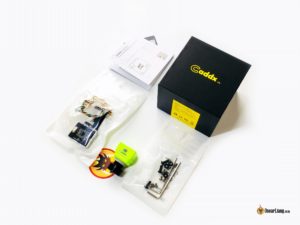 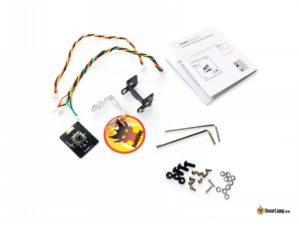 Closer Look at the Caddx SDR1

The SDR1 comes with 2.0mm lens, and there is no other lens choices. I don’t have a problem with this because I quite like wider field of view, but for those who prefer narrower FOV lenses like 2.5mm you might be a bit disappointed. Anyway I should compare the FOV with other popular cameras in my testing later on. 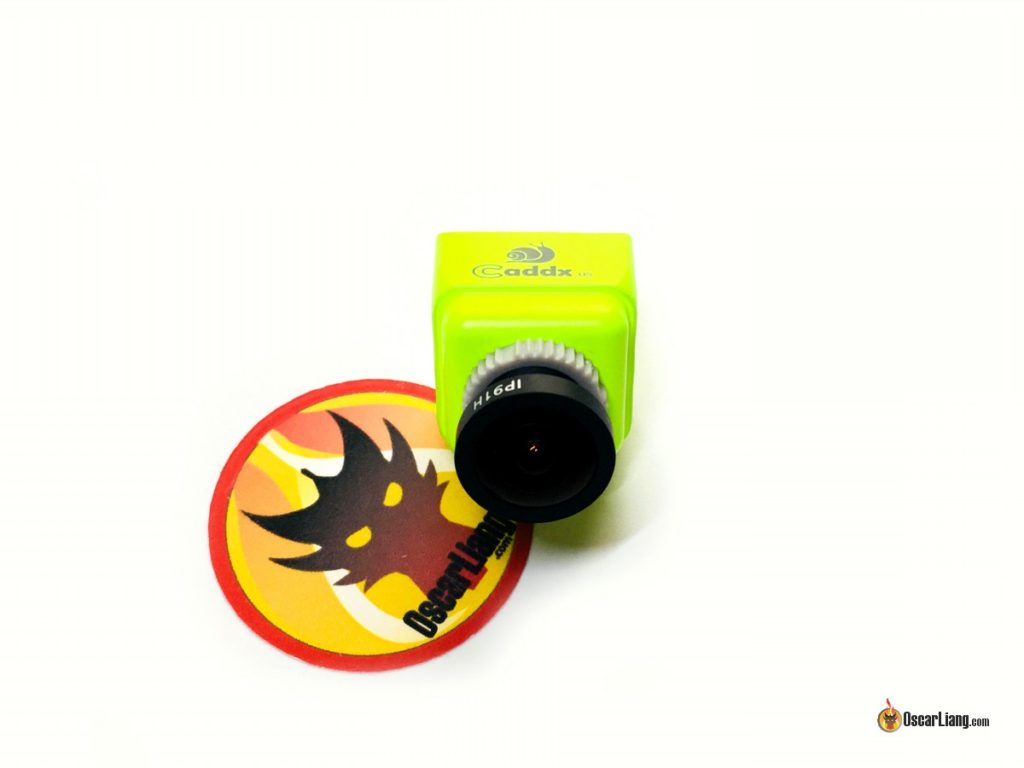 The SDR1 doesn’t have VBAT input which mean you cannot display info such as your battery voltage, pilot name and timer on the screen. 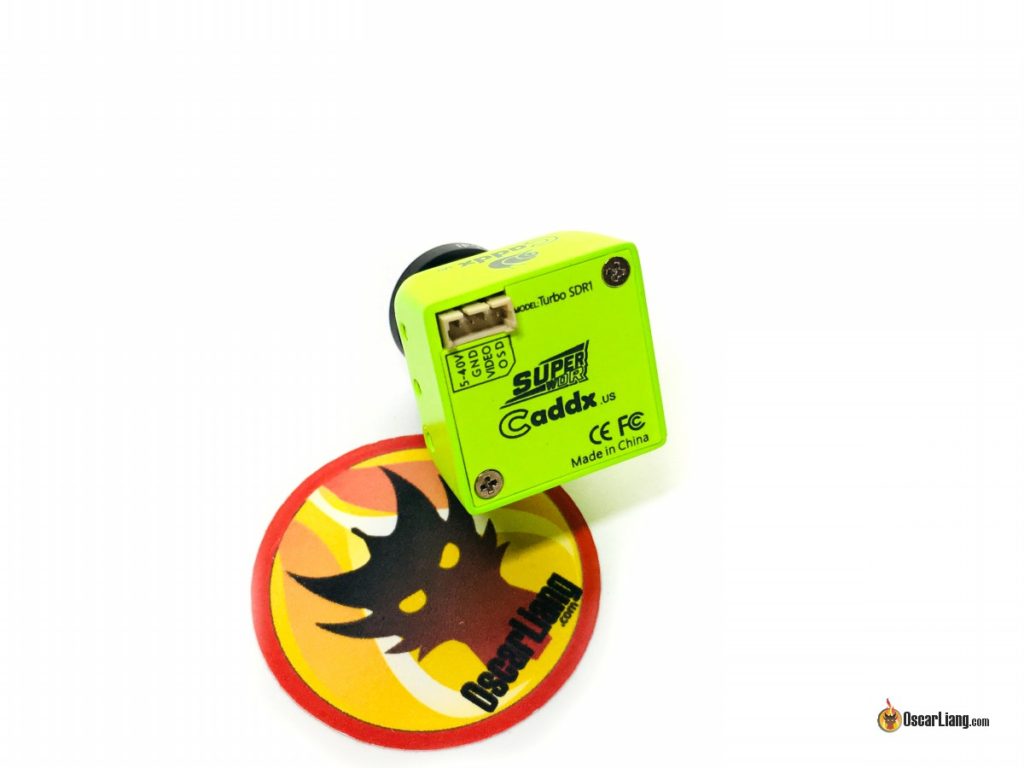 Another thing that is missing would be a dedicated ground pin for the OSD dongle, or even a separate connector for it. You can use the cable provided and it breaks out the wires for the OSD dongle, but it’s a male to male cable which is inconvenient in my experience. (It should have been a male to female at least…)

Here is how you can modify the OSD ground breakout cable. 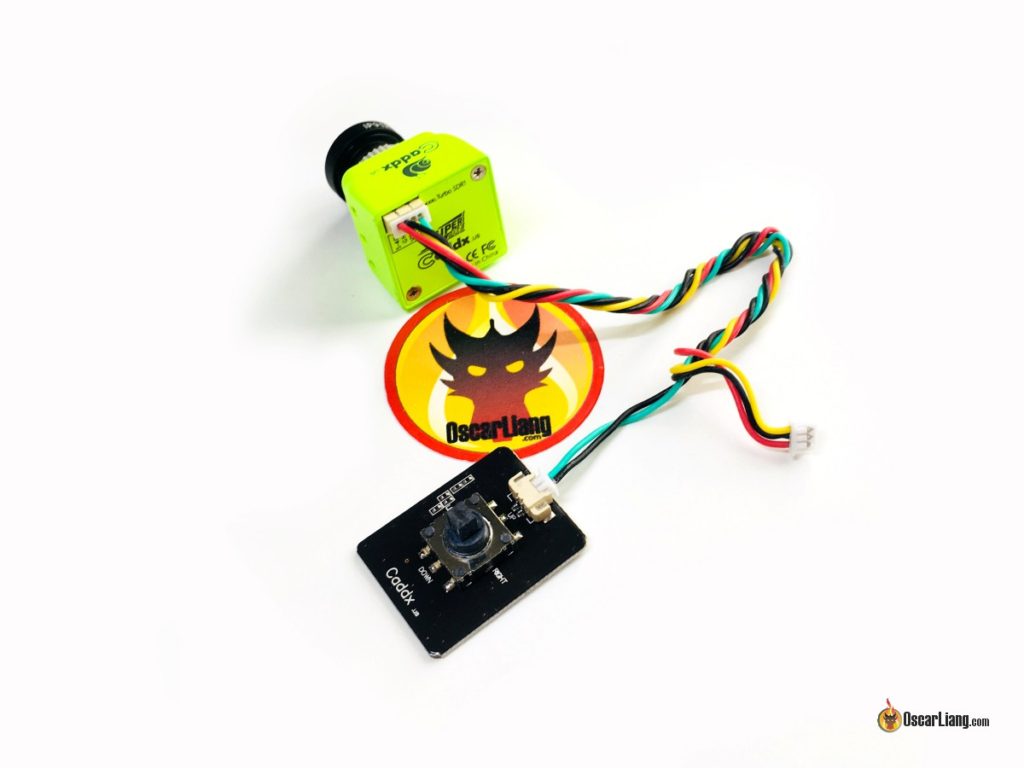 When it comes to mounting, Caddx is doing it right and it’s very flexible. The camera has 3 screw holes on the housing, and it can be mounted directly in the frame if supported. It also comes with a metal bracket, and a mounting adapter which allows it to be installed like a standard size FPV camera. 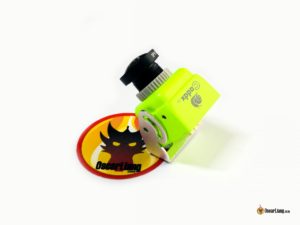 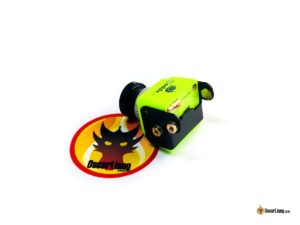 Some close-up shots of the PCB and image sensor. 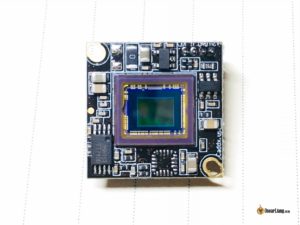 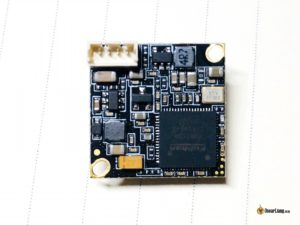 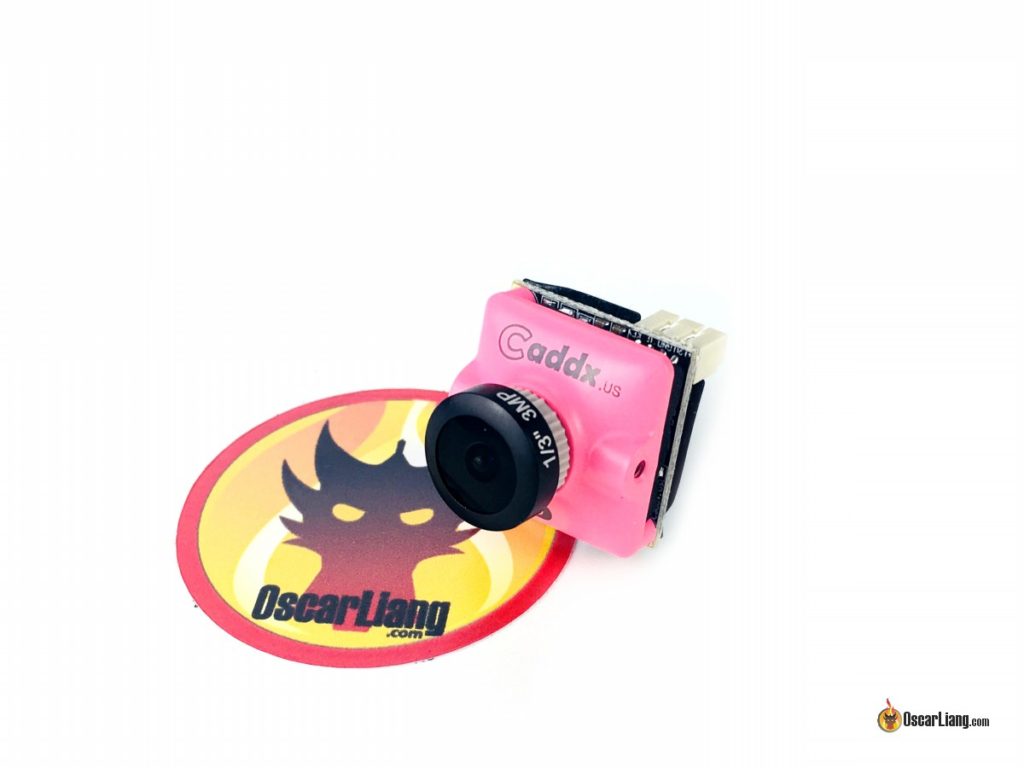 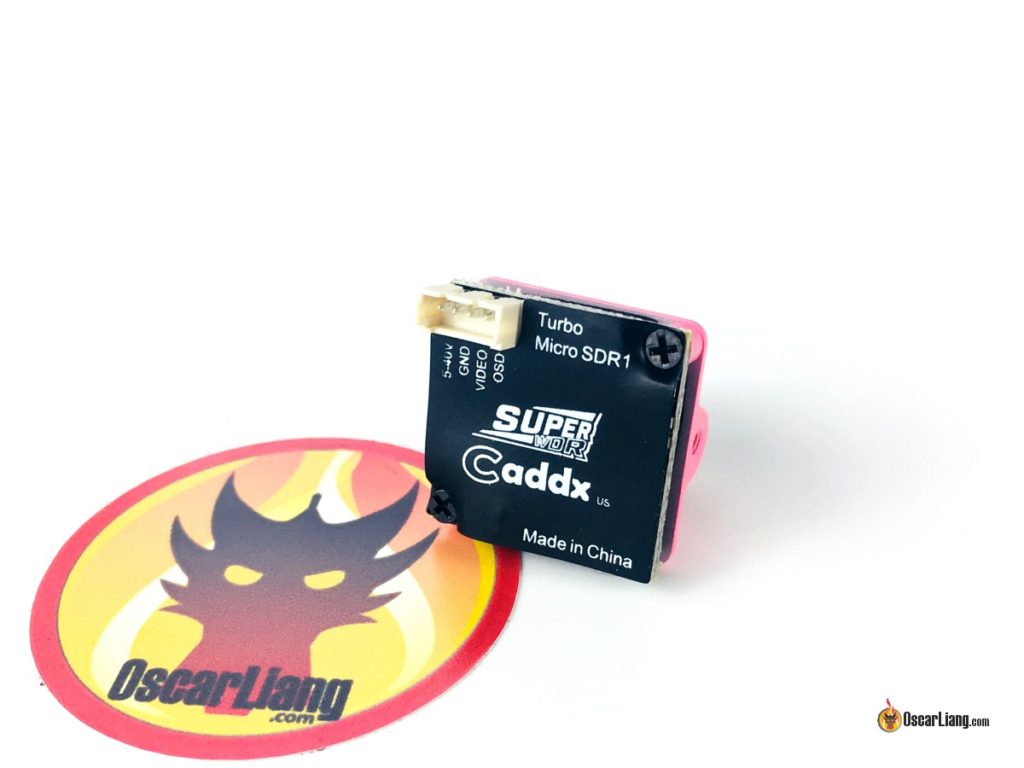 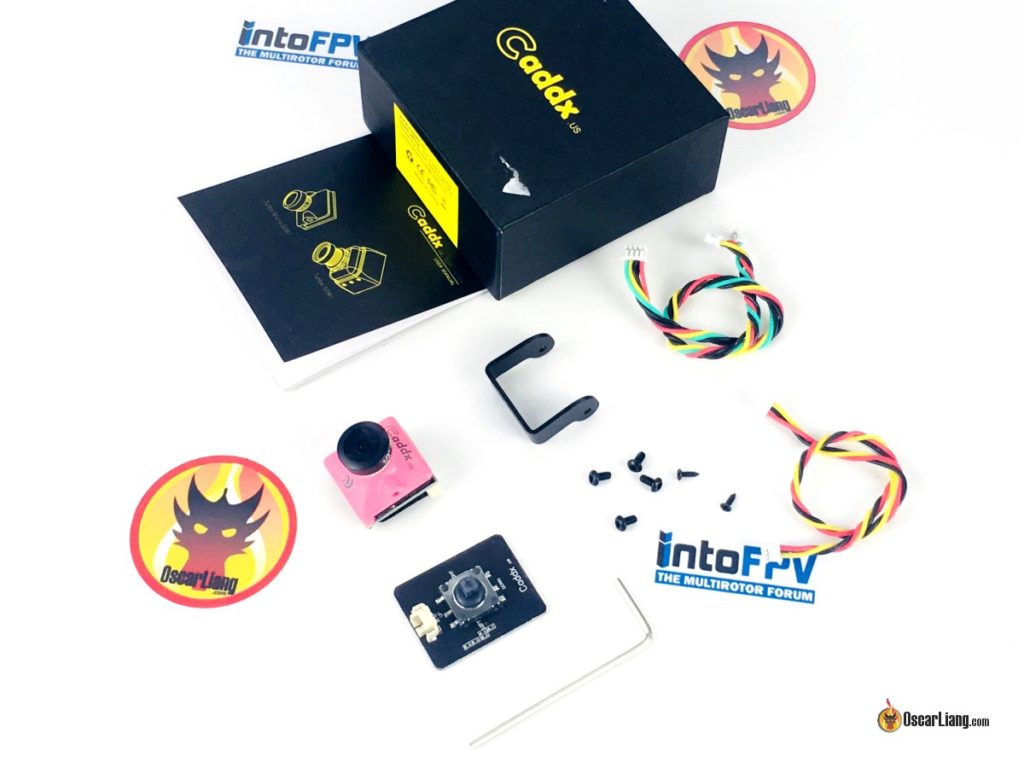 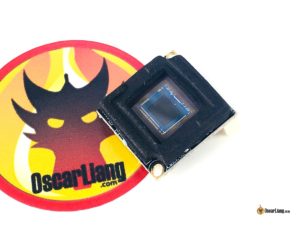 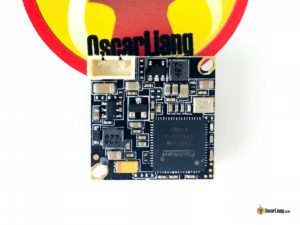 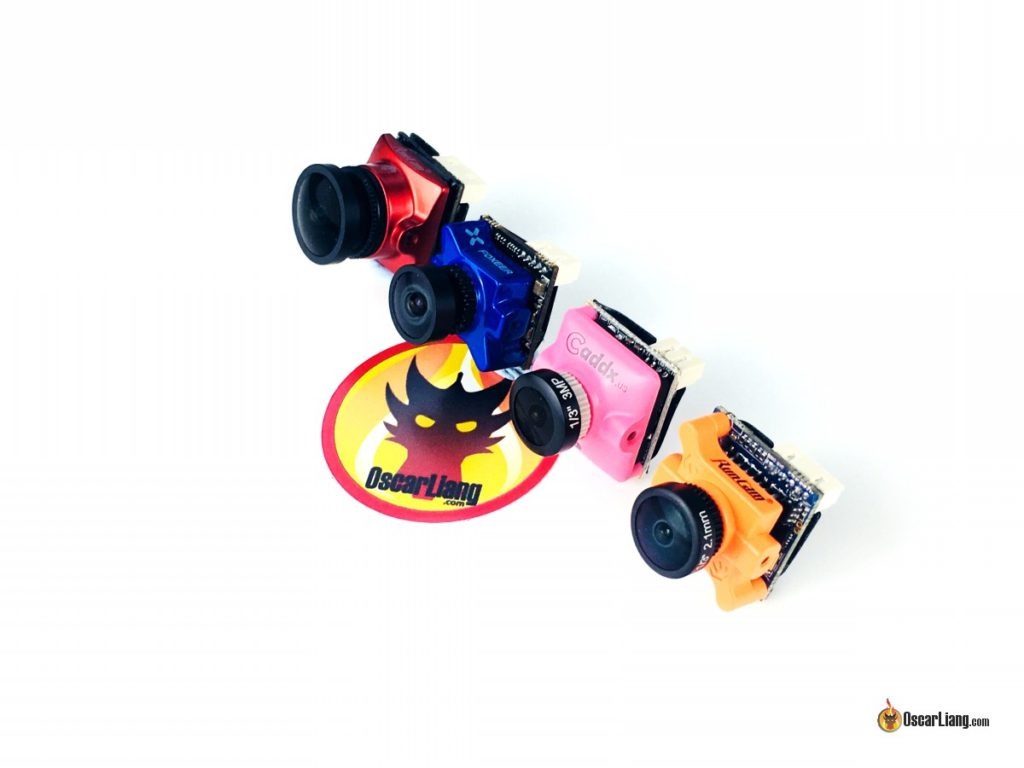 There have been some complains about bugs with the first batch of this camera related to changing settings: 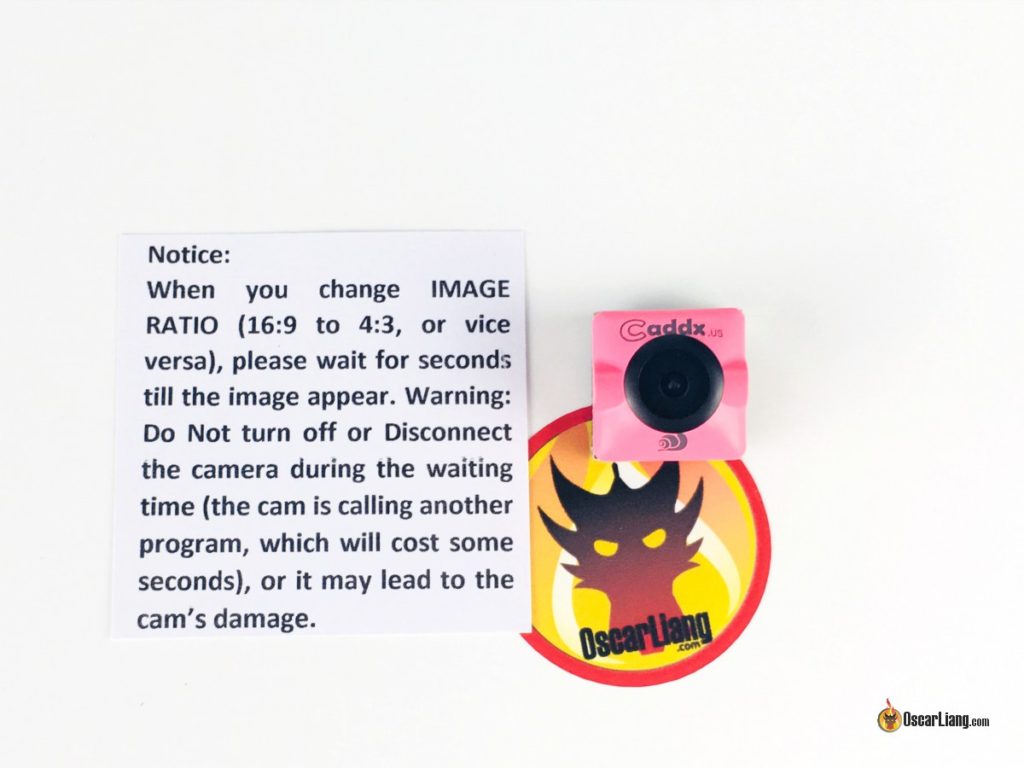 I have not observed the above bugs myself, but I did “kill” an SDR1 Mini when I pressed save in the menu, the camera just died and it’ss now showing only statics. I am not feeling confident about Caddx’s cameras at this point, every time I change a setting like brightness or aspect ratio I fear the camera might just suddenly die and never wake up again…

The average latency of the SDR1 FPV camera is about 37ms, which is a bit high for a new CMOS camera, note that the figure for the Eagle 2 is only 25ms

Check here for all the results from my latency testing.

I think it’s missing the “image flip” feature, which would allow you to mount the camera upside down.

Not designed for night flying, but you can use B&W mode to improve it. Turning off WDR can remove some of the noise in low light, experiment with it see if that works for you.

My caddx died too when using osd menu. Did you manage to unbrick it?

I reported this to Caddx and they just sent me a new one, so i guess there is no easy fix.

are u able to unbrick the camera. thanks for the work u do

I just recently bought the Caddx SDR1, installed it on my new build, I get the image correctly, I even use Betaflight OSD, that works too, but if I connect the remote they include in the box and try any combination I can think of (holding down, holding left, multiple clicks, etc) nothing happens. I can’t seem to bring up the built-in settings menu. Any idea what I’m doing wrong? Or could be a defective unit?

Note: I’m using the included cable that splits the 5 pin camera side into a 3pin (video, +, GND) and 2 pin (OSD, gnd) for my build. The video from the 3 pin is directly soldered to my Holybro Kakute F4 V2 though OSD and the + and GND to my TBS unify race HV (5v output), the OSD 2 pin is connected to the included “joystick”.

Also if we assume that the “remote” (single joy in the middle like in the review) is defective, can I somehow use a runcam joystick to access and configure the settings?

Thanks in advance for any help!

Sorry, 4 pin on the cam side, the GND is shared with the OSD GND

I have a caddx turbo F1 and I been using my joystick from my foxeer hs1177.
Just because that was rigged up.
I now have in connected up to camera control on my dalrc f405 aio on my new quad.
Great camera Still trying to perfect the settings though

I have been flying caddx turbo sdr1 for almost two weeks now and it was fine. I like how immersive and the images is crystal clear even during low light. However, recently I having issues, in my last three flights at midflight even without throttling much the camera freezes. What could be the reason for this and what is the possible solution? Is it low voltage/amperage?

Sounds like a faulty camera, I would contact Caddx and possibly send them some footage to show the issue.

Excellent info , thanks , always good to get reliable reviews .
My Caddx micro f1 , failed after just pushing the dongle toggle to the left whilst trying to get the menu to come up on the osd screen. Only had it working 5 minutes . Disappointed, especially after seeing such a good image initially.

I have the Caddx Turbo Micro SDR1 and experienced the flip during the OSD settings. My camera flipped when I switched to PAL. My other settings work fine. Thank you to the author here and sharing your experience. My camera didn’t come with a manual and I was looking for info on how to flip my camera back. Now I know from reading your article. Also I agree with your settings on WDR and Brightness. Thank you

i cannot seem to get the BF cam control to work with the micro SDR1, the videos i’ve watched haven’t helped , is there any specific params that are known to work with this cam ? and does it need a cap?

I just brought the Caddx Turbo Micro SDR1 , the image is awesome i too am having an inconvenient time with the cable to change the OSD, Did you manage to find an adapter anywhere, ? Finding the female part is turning out to be hard :( I dont want to have to cut and solder it to the board

I made one myself, using spare cables from other cameras, such as Runcam… lol :D I will look around see i can find spare cables you can buy on Amazon or ebay… I will make a new post about it in the coming week.

Thanks Im also having a weird issue when it gets cloudy and overcast, the image looks a little blurry and nothing like the high quality in a nice sunny day, am told this can be tuned out as its a brightnedd thing, have you found the same ( am on stock settings)

My Wolfwhoop Q1 cable had to be cut where the configuration Did Not align with the pins. The power lead was on the video pin. Using the Caddx cable and the VTX cable, I cut the connectors off, realign the wires and soldered them together. Also added dupont single pin connectors to the OSD wires so I can switch from VTX OSD and camera OSD adjustment.

Hello,
can you repeat the latency tests? I don’t believe that the average latency is so big… RunCam Split is faster than SDR1… Is it possible? I bought two of them (waitin for delivery) and I don’t know what to think about it :/

Maybe latency will be smaller when change some settings? hm?

The number was calculated from 1000 samples… so it’s pretty difficult to get wrong…
Anyway, 10-20ms of extra latency is going to be hardly noticeable, so don’t worry!