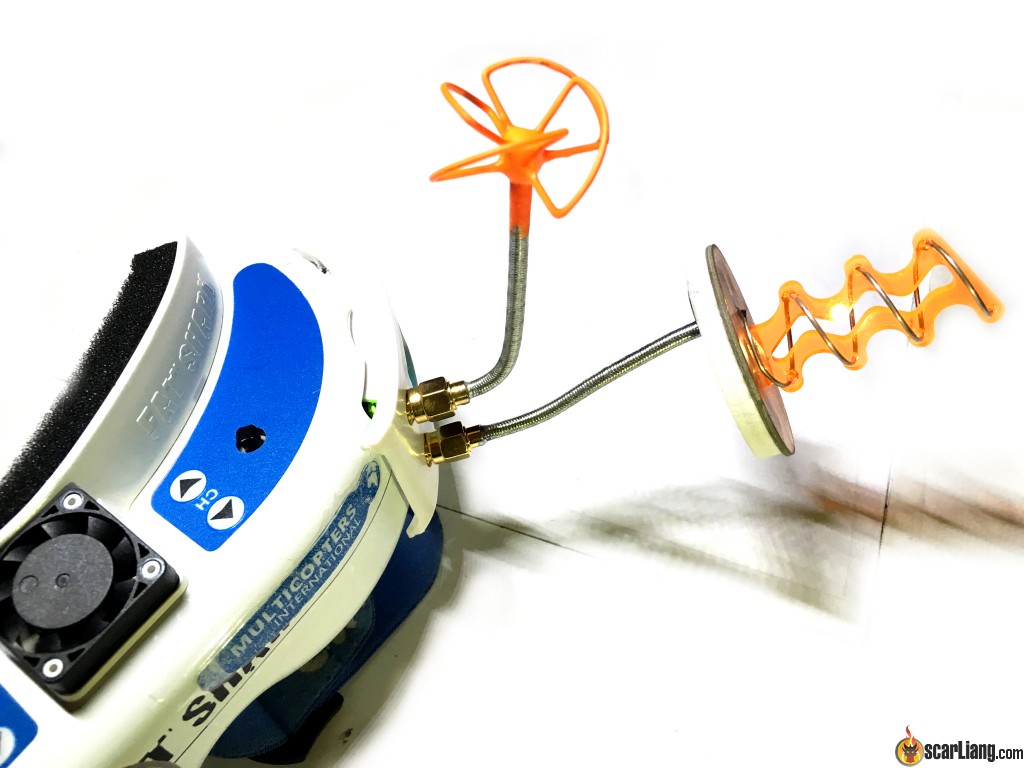 Diversity receiver has been used often in ground stations for FPV, and it’s finally widely available in FPV goggles headsets as well. Today we are testing the Furious True-D Diversity receiver module and compare with the NexWave.

The True-D is an modular diversity video receiver for the Dominator FPV Goggles. Get your True-D Diversity VRX from FuriousFPV.com.

The module comes in a plastic box, without any manual or instructions. 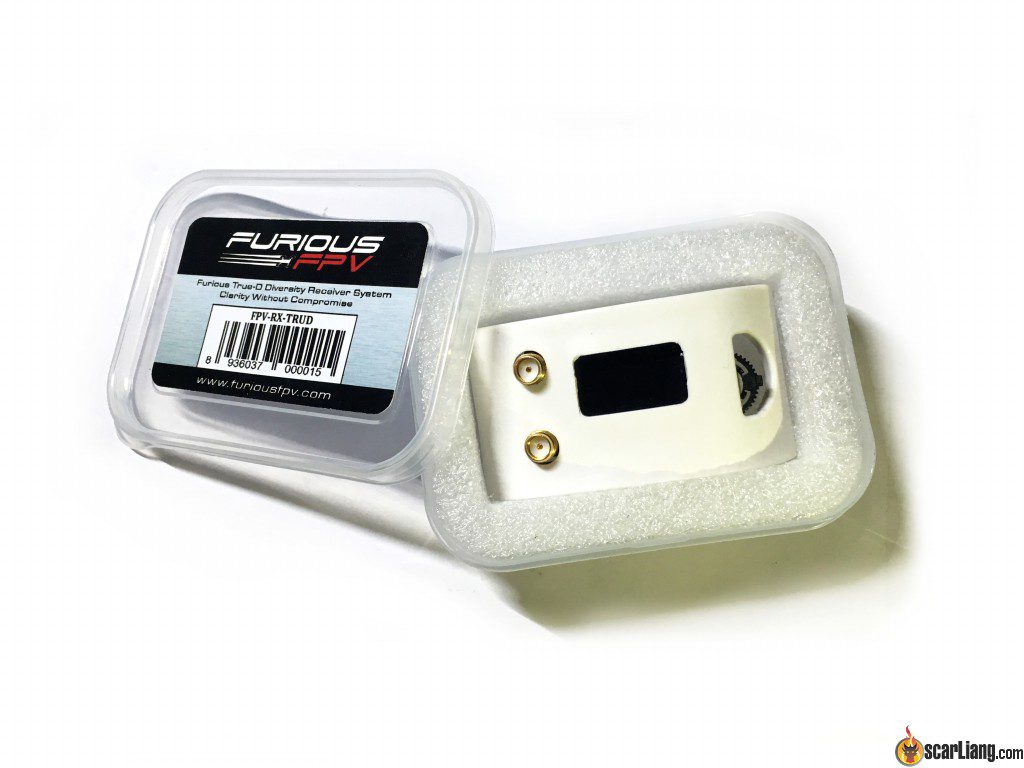 The module has a mono colour LCD screen, and a multi-directional button. Very compact design without messy wires hanging around as we have seen on other diversity modules. 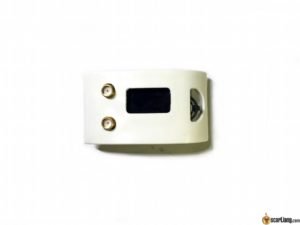 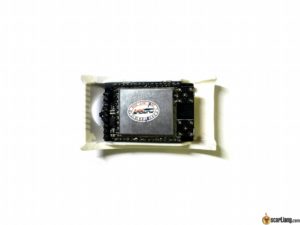 The white plastic housing is firmly attached to the module and I can’t seem to remove it, it seems like they are glued together.

Be aware that both antenna connectors are SMA. 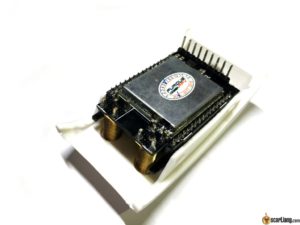 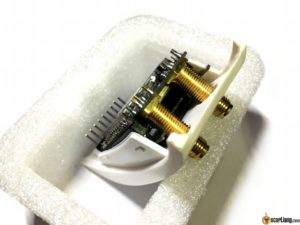 Designed for FatShark Dominator V2 & V3 and Fatshark HD V2 goggles, I found the True-D to be very easy to install. Because it’s plug and play, takes only 20 seconds to do. 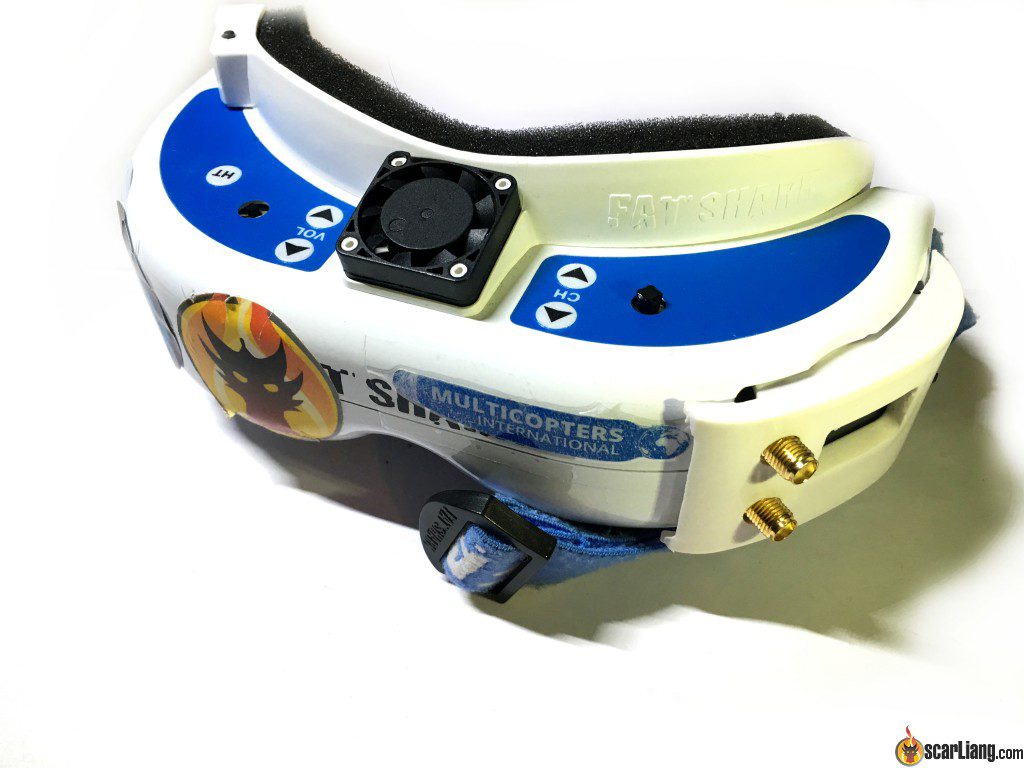 If you want to use the receiver with a ImmersionRC Mini Patch antenna and Cloverleaf antenna (the most common setup), the True-D requires an adapter (45 degree SMA extension). This will be included with the module when ordered, I didn’t get mine though as it is an early batch.

Luckily I am running a Helical antenna that has a long extension lead. 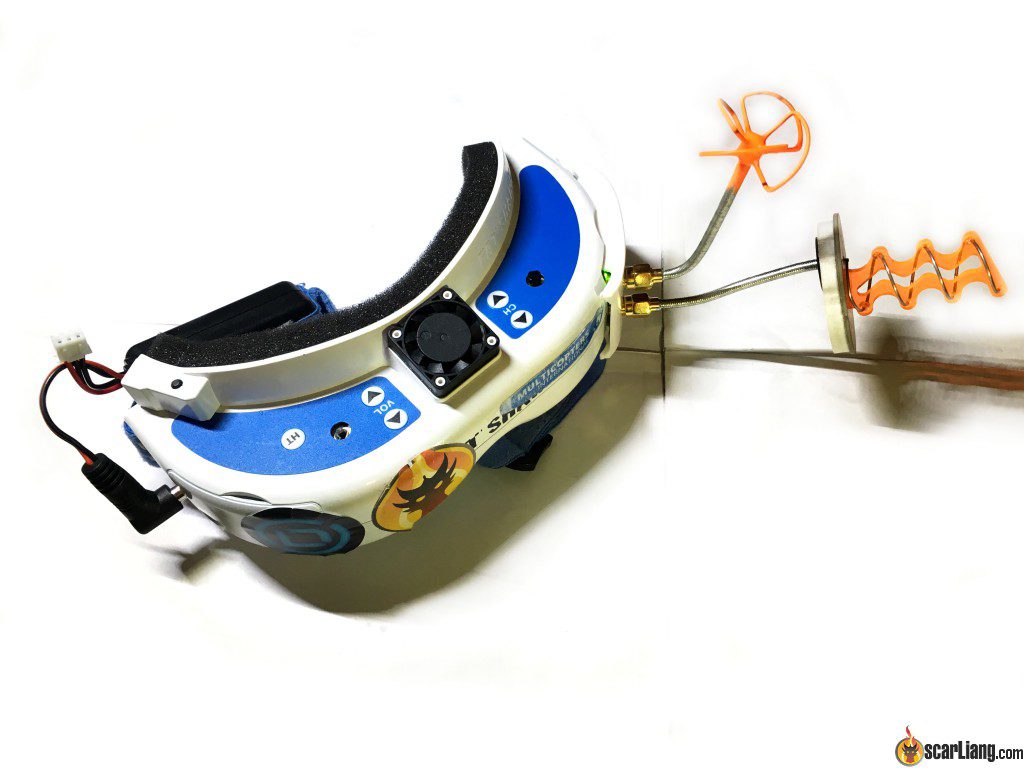 Compare to other Diversity Receiver?

I have not tried other internal diversity receivers for Dominator, but some users who tried both said the performance is similar between the Laforge (link to product) and the True-D. The True-D uses this open source firmware.

I prefer the True-D for the cleaner build without cables hanging around. On the Laforge you need to open the goggles to hide the wires, and pay extra for 3D printed parts. Despite how much I hate Laforge’s separate modules, I do like the fact that your antennas aren’t clumped together. Some are also concerned with heat on the True-D as both receivers are built into one PCB. I notice it does get warm but not too hot to be a problem on mine.

The menu is also relatively simple to operate. 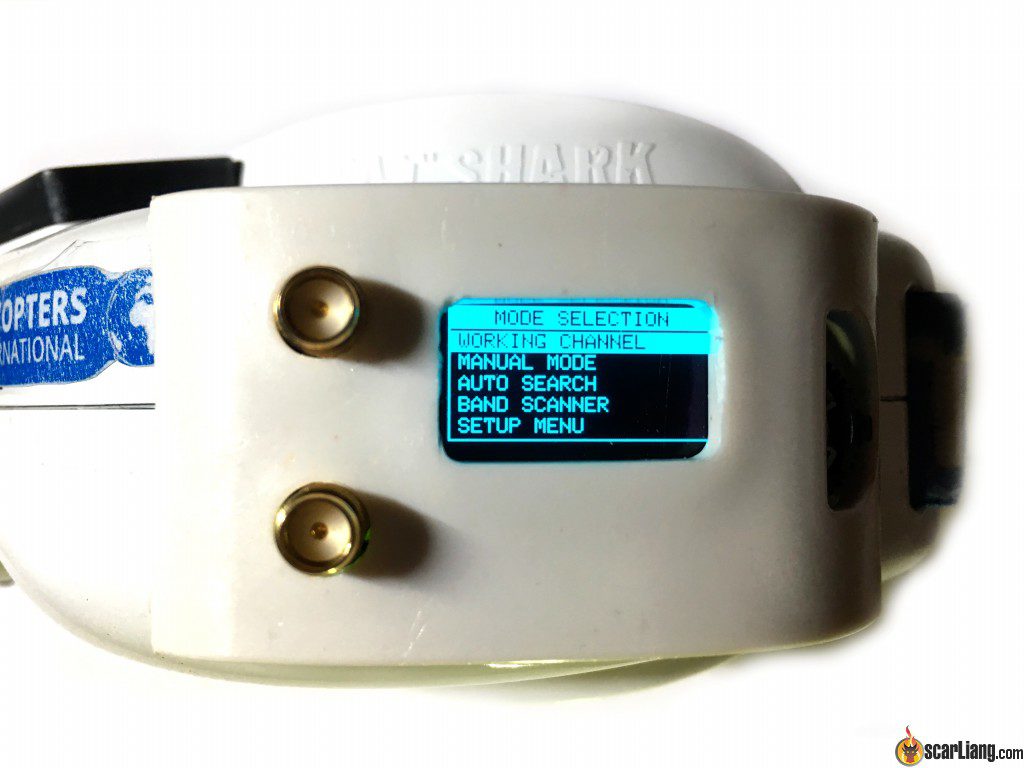 Only thing I find inconvenient is the channel buttons don’t work anymore, you need to use the VRX module button to change it.

But the good news is that you can use auto search mode and scroll through all available broadcasting channels around you (including different bands), say if you are in a race and you want to watch other pilots. No need to fiddle with the dip switches to change frequency bands. 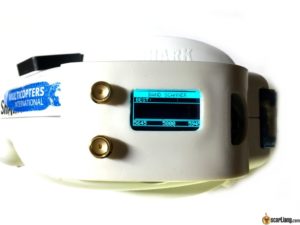 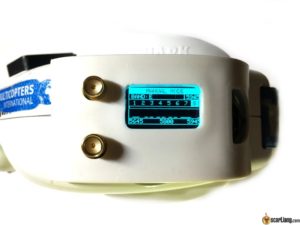 I tested 4 different combinations of receiver and antennas, with a 25mW VTX (Quanum Elite):

I will talk more about the ProDrone antennas in the next review, I will focus on comparing the receivers here. Nexwave is a single antenna receiver module that supports 40ch. I have been using it for the last 10 months and it’s been great. 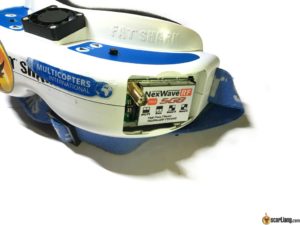 Although all the FPV setup made it – flying 600m (2000ft) LOS on a 25mW VTX without dropping signal (which I am amazed by), I have to say, the True-D diversity module make a big difference in video signal. It gave me the clearest image, I didn’t even notice any white noise in my footage at the end of the 600m. (To get the most out of this setup, the Patch or Helical antenna needs to point to the quad) 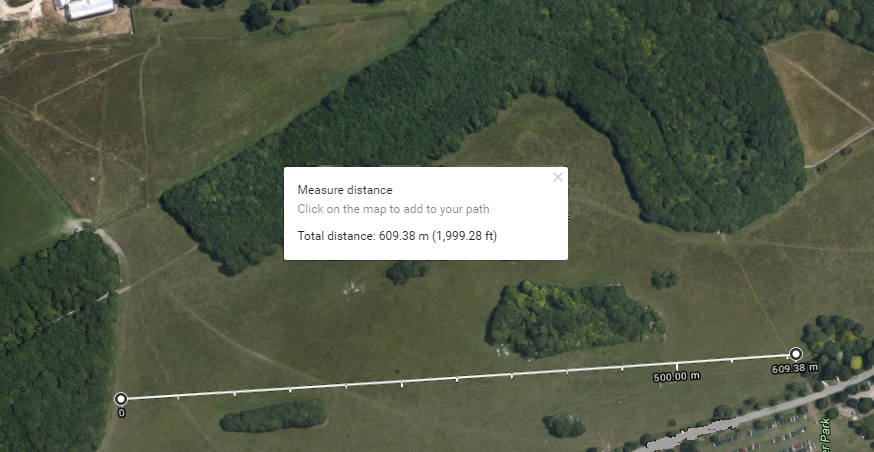 Here are some of the screenshots from the video (following the order 1, 2, 3 and 4). They don’t best represent the overall performance, so it’s best to check out the comparison video.

The switch between receivers (if one antenna gets better signal than the other) is very quick, I can hardly notice a little flicker when it happens (it happens a number of times in the footage if you watch carefully). 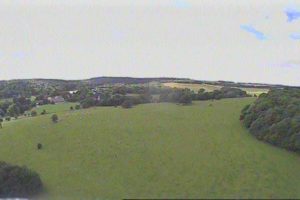 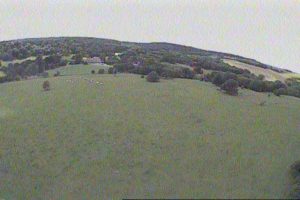 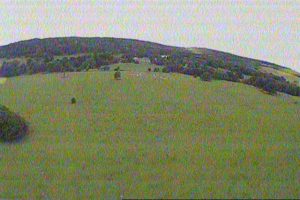 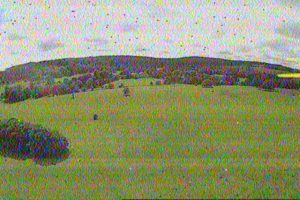 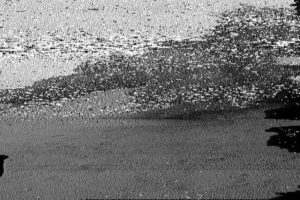 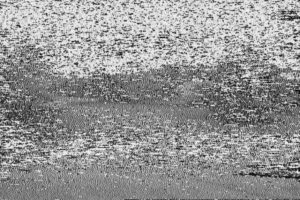 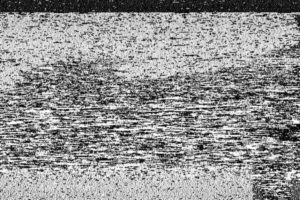 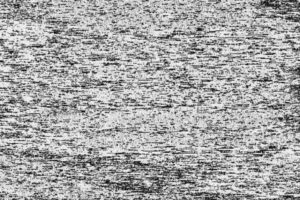 Flying in the wood 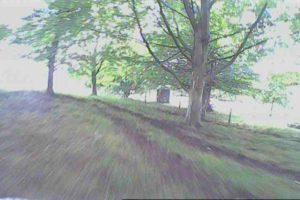 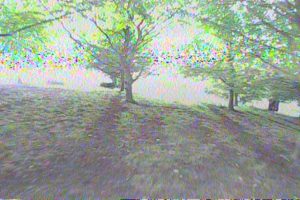 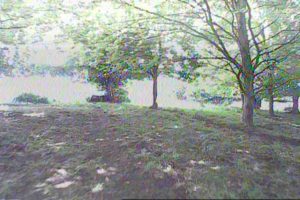 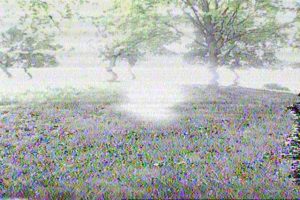 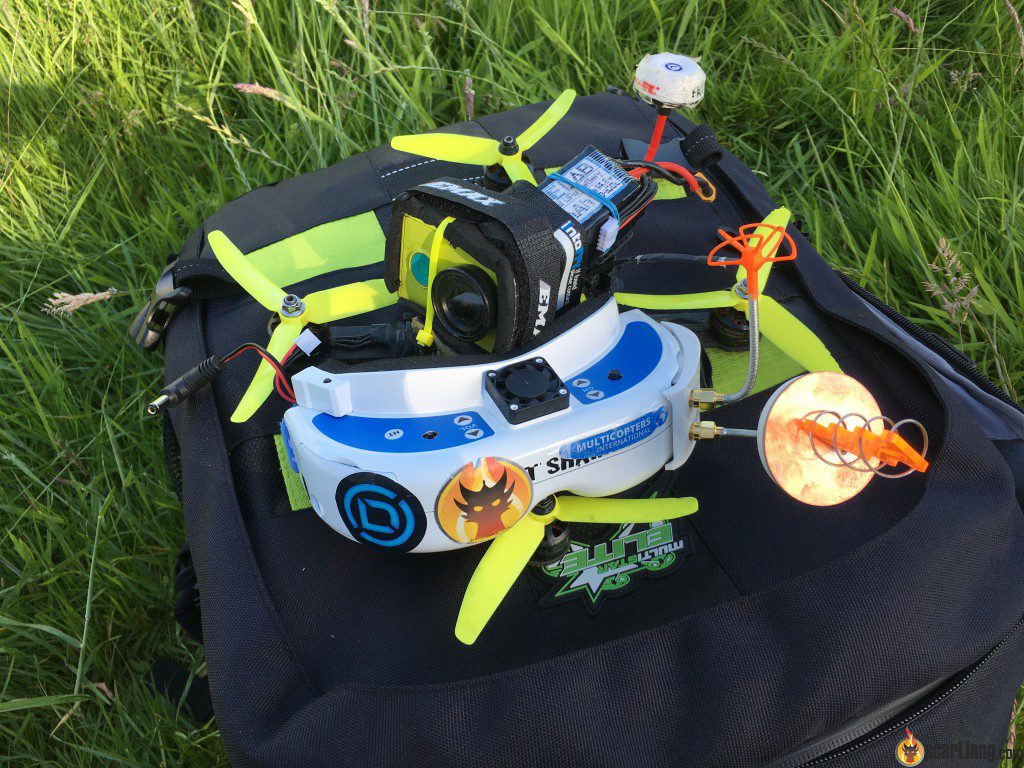 Is it worth it?

I have proved that even with just a 25mW VTX, you can get as far as 600m-700m on Cloverleaf antennas + non-diversity VRX (I think 200mW we should get at least 1.5-2.0Km), so if you only fly a mini quad mainly on open field with no trees or obstacles, Diversity won’t do much (assuming you race in a small course).

But if you do need better signal and clearer images around trees, and the extra range you could normally get from a ground station, then I would definitely go for this upgrade. Anyway I think a Diversity receiver module is a good investment.

This is a very handy feature which allows you to save a total of 8 channels, in any order, regardless frequency bands, so you can scroll through using the button. It’s useful when you have a few quads, and each one are using different channel/band.

To save a particular channel as default start up channel, you just need to hold down the button for 2 seconds.

Would this module work with other goggles (or a screen) as long as you connect 5v/gnd & signal out?
It looks like the dial on the module controls it, does that manage all the functions?

For example, I could hook it up to a pair of fatshark BASE or some Quanum Goggles.

Hi Oscar,
first of all: Great review – as usual !
I am thinking of getting myself a diversity receiver and I recently saw this and your other review of the Quanum Diversity receiver. Now, I know the Quanum is not a receiver module that fits in the receiver bay of fatshark goggles, but since I’m not sure if the Furious fits my Attitude V3s without modifying my beloved goggles – i’m also considering the Quanum.
Have you ever compared the two receivers ? I have not yet found a comparison between the two receivers, so
I’d appreciate your thought on that.
Cheers

Hi CJ,
sorry i don’t think i will compare these VRX any time soon. However I googled and found this tutorial fitting True-D in the AttV3:
http://imgur.com/r/Multicopter/1CsFJ

Oscar What are you doing if you lose video signal ? yesterday i lost a ZMR250 , i lost VTX i regain it for a while , but i thought it will come back , but i heard the model motors fade away , cause it was windy , i am still looking for it.
i dont have a DVR.. yet , the battery disconnected i gues becasue i lose the taranis telemetry.
so i lost the buzzer too…….

nothing you can do really when you lost signal… I would probably just drop throttle and let it drop (if i know nothing is below), carry on flying without video is the worst as you will have no idea where it’s going.
In future, do a good range check first with very slow and low flight…

Will this work with the original Dominator HD’s (discontinued now)

Thank you Oscar, the manufacturer was not certain but I didn’t think the pin out had changed since FS modules work in all of the Doms.

Love your site too, gotten a ton of info from here.

did u test compare for Furious True D vs realacc Rx5808 ?

or this is same item ?

would this work in Fatshark Dominator V1? :) the black ones.?

yes..i use it in v1,s with no problems ..very good results

I generally have no issue w/ the NextWave module when I fly alone even at longer distances. However it all falls apart when there’s 4-5 people racing in the air. I have to resort to my trusty FR632 diversity module on a ground station which I love but it’s a pain to carry / setup.

I’d be interested to see some video comparison of this True-D module in the environment where there are 4-5 quads in the air at once.

Is there any kind of Manual for this unit? or do I stumble around thinking I know what I’m doing?

I don’t think there is manual for this product as far as i know… but if you google “True-D Diversity” in Youtube you will find a few videos explaining the basic operation of this RX.

wouldnt this work on attitude v3 as well? if not why?

I’ve had the certain and distinct pleasure of owning v1 and v1.5 of the LaForge Module along with the True-D receiver. The LaForge module v1.5 was really handy because of the small firmware updates. I honestly didn’t like the whole setup process that i had to go thru if i didn’t want to risk the Dominator internal bay door install. The screen on the VRX module is also pretty fragile and can be cracked rather easily. So i decided to apply UV glue/Bondic underneath the screen to help reinforce against future cracking. The downside of the LaForge module is a lengthy installation,a fragile screen,possibility of bending pins on the Diversity/VRX module. The True-D is lacking in some aspects though. It does not have a buzzer,it’s firmware isn’t as great as the current LaForge module,and Ubad’s service is fantastic. Yet the True-D is super-easy to install,doesn’t come with messy wires,the screen is well protected,and i don’t have to worry about bending a pin everytime i plug or unplug each module. Honestly it’s a real close call to see which one is better. I kept v1.5 LaForge module and my True-D and have been rotating them to see which one i’ll finally settle myself and use.

One thing about LA forge to keep in mind is we are getting closed source updates now. This module is based on the oldest version of firmware that Shea ivy released open source. While I can’t compare the 2 systems I know that Shea and ubad are there for Amy support issues if needed. With these modules who knows. My 2c

Oscar – I just received this and it gets pretty hot. Did you have any heating issues on a hot day using this for a few hours?

not really, i run mine for 2 hours straight and it didn’t feel particularly hot.. just a bit warm

Hey oscar, you should add a finial thoughts to let us know how you truly feel and if you whould recommend us getting them