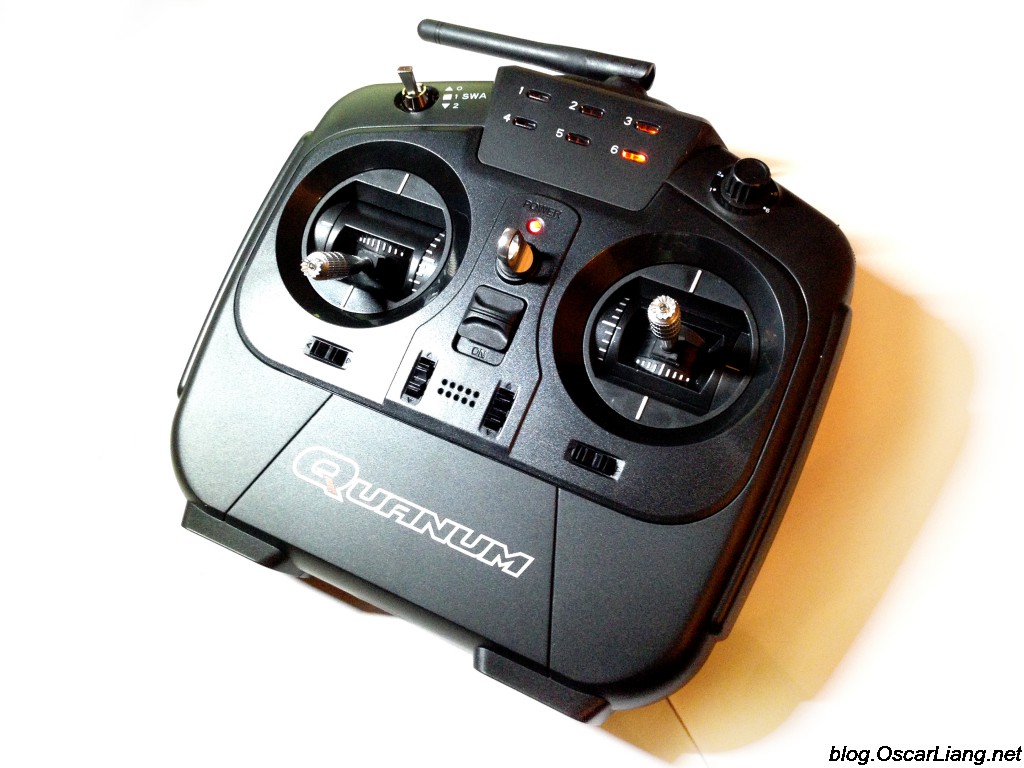 The Quanum i8 TX is specifically designed for the multirotor users. In this review we are going to explore the features of this radio transmitter.

Get the Quanum i8 TX from Hobbyking.

The Quanum i8 transmitter has a 8 channels. It’s been matching designed to the APM and Pixhawk flight controller, to bring ease of use and programming to those complex sysyems.

But you can also use it on many other flight controllers as it supports the popular PPM and PWM receiver type. 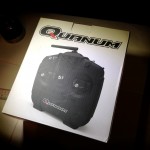 If you are looking for a basic, cheap, easy to use, 8 channel TX, i think this could be a good option. 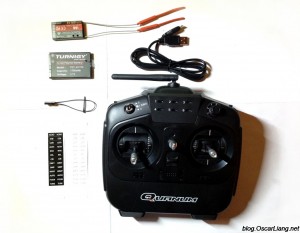 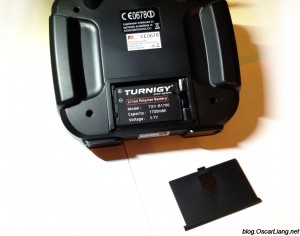 It has no screen. Good thing is you don’t need to worry about settings, or getting intimidated (espcially for beginners). But the down side is you have to connect your TX to a computer in order to change settings and configurations.

Full 8 channels, 4 for the gimbals, and 4 for other controls, including a 6 position pot on top right (matches the number of flight modes on APM and PX4). Note that the 6 LEDs on the top of the TX are indicators of this pot. 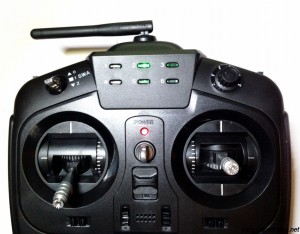 There is a 3 position switch on the top left and 2 sliders on both sides as well that are easily accessible.

One of the greatest feature of the RX is the capability of outputing both PPM and PWM at the same time. 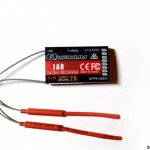 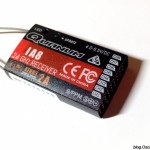 It’s great if you prefer running PPM on your flight controller, but want to put in some components that requires PWM inputs, such as servos, or camera gimbals. With this RX you won’t need to run by your FC as a pass through.

Firmware can be updated through the USB port. Also you can charge the battery using USB too.

I was curious that if this TX can be connected to my computer and used in simulators. The answer is no, it doesn’t work. 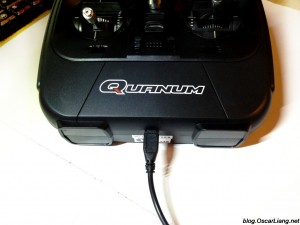 Compatibility with APM/PX4 and other FC

It just works with these FC straight out of the box, no changes required. But if you are using it with other firmware or FC, you will still be able to change the setting via software if required. (such as reversing channels, re-map channels and so on.)

Channel remapping and reversing can also be done simply using the sticks, refer to the manual for more detail.

It’s not a high end TX, so don’t expect it to be perfect. It’s made of cheap plastic, and the gimbals are not the best. But it’s a decent TX with quite a few impressive features for what it’s worth. 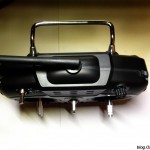 It has failsafe built-in.

The provided flight mode labels are for you to put under the LED indicators. They are great reminders for someone who just started using this TX. 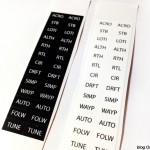 I have yet to test range yet but will do that once i have some data. But that could take some time as it’s too cold to fly at the moment. 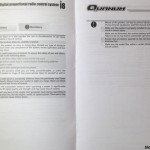 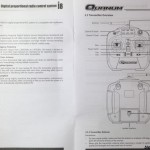 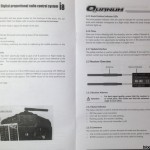 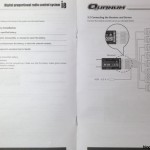 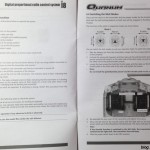 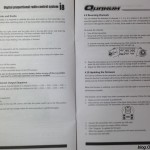 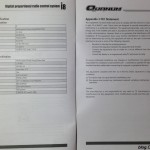 Hi there,
Did you actually made this receiver work? I just bought Turnigy 9x with the same receiver and … it seems to be acting quite weird. And it makes me think if it is working in PPM i-bus mode at all.
When connected via B/PPM port (signal+power+gnd in the same row) it wants to bind every power cycle. It binds to transmitter but it doesn’t talk to Omnibus F4 (BF, connected via RX1).
Transmitter cooperates very well with Turnigy iA6B.
I didn’t try PPM mode so far. I’m just looking for confirmation if it does do i-bus/s-bus.
Thank you

Is there a way to adjust the endpoints on the channels? I cant get the failsafe, atti,GPS to hit the stops correctly.

I’m having the same problem with Naza M V2. Any luck finding a solution?

Does the battery need charged once out of the box?

Where is this software for remapping channels? Do you have a link, please?

Hi. I am trying to use channel 7 or 8 to control the pitch on my gimbal but can not see how to assign them though mission planner, any ideals ? Darren

Hi oscar! Great review!
I was wondering how to enable the failsafe, because when I turn off the controller but the quadcopter still has the battery plugged it goes crazy and the motors go to full throttle.
Thank you!

You probably have the answer, but point 1 on the rotary switch is the default failsafe. Set this to RTL in Mission Planner.

-We would like to know the contoll range of this equipment.
There is important difference between 150m and 1,5km.

Hi Oscar – how small is the receiver for use on miniquads?

Hi Steve,
dimension is 45mm x 25mm x 8mm
lastly… i would really appreciate it if you could post your questions on the forum: http://intoFPV.com … I only check my blog comments once a week, but I use the forum everyday!

no it’s not compatible unfortunately.

Does this support mulitple models? Is that what those 6 LEDs at the top indicate?

Oops, just noticed in your review that the LEDs match pot position.

Thanks Oscar for the input.

I think that I will move in the direction of building a quad so that I can learn about the inner workings of these pieces of equipment.

Any suggestions on web stores for buying components to build a 3DR, Walkera, Yuneec or DJI style quad?

I think generally Hobbyking is pretty reliable only problem they have is expensive shipping… if you want cheap try banggood?
lastly… i would really appreciate it if you could post your questions on the forum: http://intoFPV.com … I only check my blog comments once a week, but I use the forum everyday!