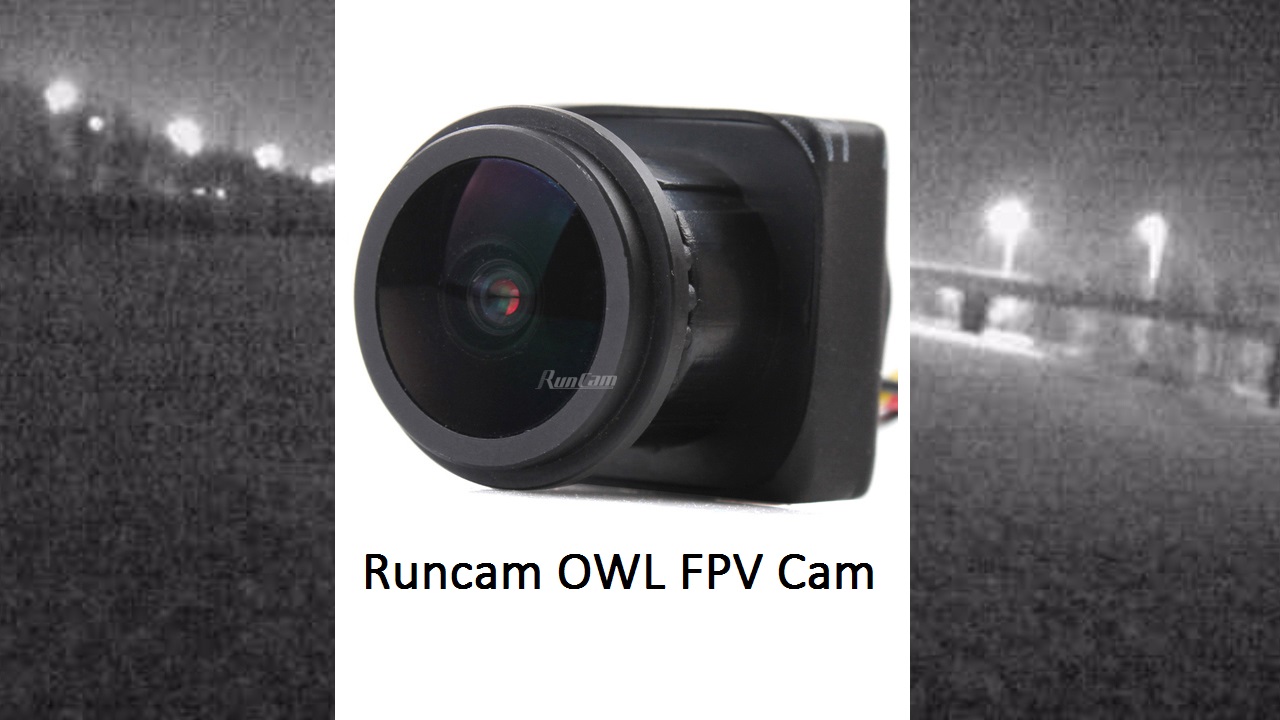 Runcam sent me their OWL Starlight Camera for review, which is designed for night FPV flying.

The camera comes in a nice package by Runcam. Inside you are presented with a tiny little camera which makes you wonder how well is this going to work as a night camera.

Get your OWL 700TVL Starlight FPV Camera from Runcam.

Check out our previous project on FPV flying at night. 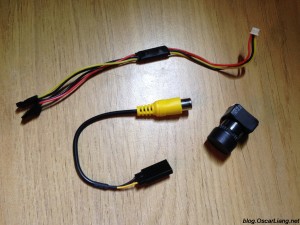 The first thing I noticed was that the camera requires a 3.3v input. But don’t worry it comes with an external voltage regulator that converts 5-24v to 3.3V.

It’s best to use the adapter that comes with the camera. If you connect anything higher then 3.3v directly to the camera, you will instantly get a very tiny paper weight. :) 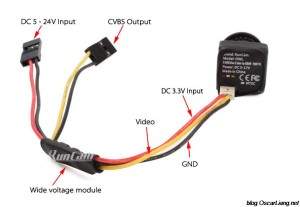 This camera has a pretty small form factor. it’s less than half the size compared to a regular board cam. 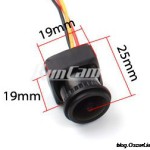 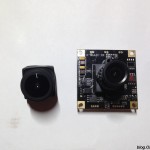 There is no OSD menu and you cannot change any properties or settings on the camera. Also I see no mention of D-WDR being either off or on but having flown it I believe this camera does not have D-WDR, just a low lux level. 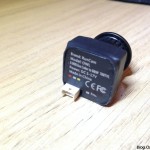 But … I like a one-in-all package and I didn’t want to have to change lens during day/night flights so I tested this camera not only in the night but also during the day. The results were surprising!

I proceeded to mount this camera on a T-Drones Warrior 200 frame which has inbuilt front lights! I simply added a remote switch that enabled me to turn the lights on and off for day or night flying. 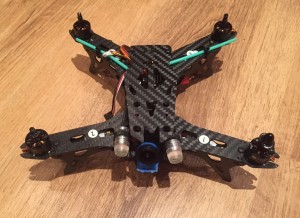 The camera fits nicely into the camera bay after a bit of DYI dremelling (into the bay, not the camera!)

I was surprised to see that the camera works pretty well too during the day (for being a starlight camera designed for night FPV flying). 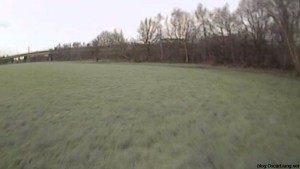 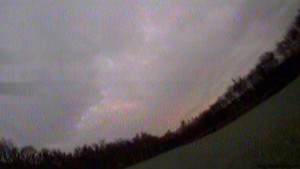 You do get the colors looking pretty bland but at least you can still see that the grass and trees are green versus other starlight cameras with no filter where everything looks like a mix of purple and violet during the day.

I didn’t notice any type of lag but there seems to be a CMOS-like type of effect.

When flying level, if you pitch back and look at the sky, the camera try to compensate for the increased luminosity and darken everything else, meaning that any ground\trees\etc that are at the bottom of the image will turn too dark to be recognised as anything. This shows up less in the recorded DVR video but it’s quite apparent while you are flying.

Luckily when you look back at the ground the readjustment of the brightness of the picture happens quite fast (unlike a CMOS) and you are able to see the ground clearly again.

You should be able to fly normally during the day, if you don’t mind the unsaturated colors and the brightness adjustments here and there. But don’t expect this camera to have the same quality of regular CCD cameras with D-WDR activated (such as the PZ0420M).

I tested the camera at night in the same location. It was partly illuminated by surrounding buildings and street lights but it was really dark. Here is a picture taken by my iPhone. 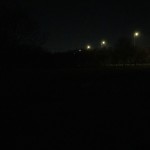 The camera behaved decently and I was able to gauge where the floor was even in the dark spots (which is incredibly hard with a day FPV camera).

Any jitters or jello will make the image a little blurry but still flyable. Again, there was no delay noticeable in the image and it was easy to distinguish far away objects but not thin branches unless you got too close for comfort. 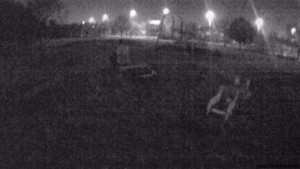 I used the quad inbuilt lights to check how the image would look when light was added (regular light, not IR) and it was fairly easy to see the floor and inside trees on close proximity. 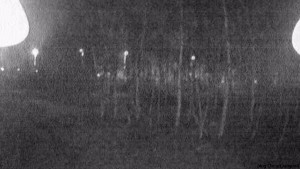 The only thing that annoys me is that if you have really big light contrasts in the image, light will show up as bright white while dark spots will be pale black in the distance. This can be distracting while you are flying, but as long as you concentrate on the close up view you should have an enjoyable flight. 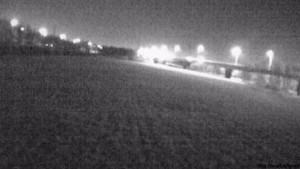 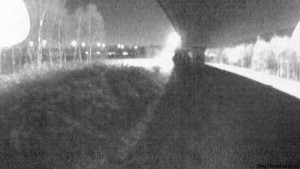 I also flew in a completely dark area and found the results to be quite good. I dare say better than other starlight cameras which when hitting really low luminosity start to lag and corrupt the image. This one seemed to have no lag whatsoever in the darkest spots but it wouldn’t lit\adjust brightness above the cameras capabilities either.

Here is the manual. 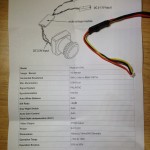 All in all it’s a good camera to have in a small build 150-200mm that you can carry easily on your backpack to go fly around at night in a park.

AND if you are lucky, a homeless person will eventually find your frozen body and might be even able to resuscitate you so you can show them the wonders of night FPV flying!

Hey Oscar… I know this is an old blog… but do you happen to know if there are 3rd party replacement lenses for the Owl Starlight…??

Sorry i am not sure, best to contact Runcam directly regarding the lens replacement :)

Hi Oscar,
Have you taken this camera apart yet?

I’m asking because I would potentially like to run this camera as an Open-Spectrum camera and the actuator could make conversion difficult.

sorry no i didn’t take it apart, and I gave it to my friend as he likes night flying more than I do :)
thanks
Oscar

Shoot! Well, I hope he enjoys!

Thanks for all the great information here. I’m really loving it!