The Caddx Vista Air unit was the lightest DJI HD camera/transmitter you can put in your drone, I said ‘was’, because they just released an even lighter camera, the Caddx Nebula! However, I am quite disappointed!

Where to Buy Nebula?

What is the Caddx Nebula?

The Caddx Nebula is basically a lighter and smaller camera replacement for the original DJI camera. It works with both DJI Air Unit and Caddx Vista.

You can either purchase the Vista with the Nebula pre-installed, or you can just get the Nebula camera separately and install it in your existing Air Unit by yourself.

The Caddx Nebula Nano camera weighs 4.5g, while the original DJI camera weighs about 8.5g, so you save about 4g by using the Nebula Nano. it’s also smaller, with a form factor of 14x14mm, The Nebula Nano also comes with a 19x19mm bracket so you can mount it like a micro camera if you want.

There is also a Nebula Micro version, which is slightly bigger (micro size 19x19mm).

But the interesting thing is that it has both digital and analogue video outputs, which means you can use it with your traditional analogue VTX as well. While having their own version, Caddx is also releasing an Eachine edition of the micro.

Apart from size and weight, the other major differences between the Nebula and original DJI camera are: 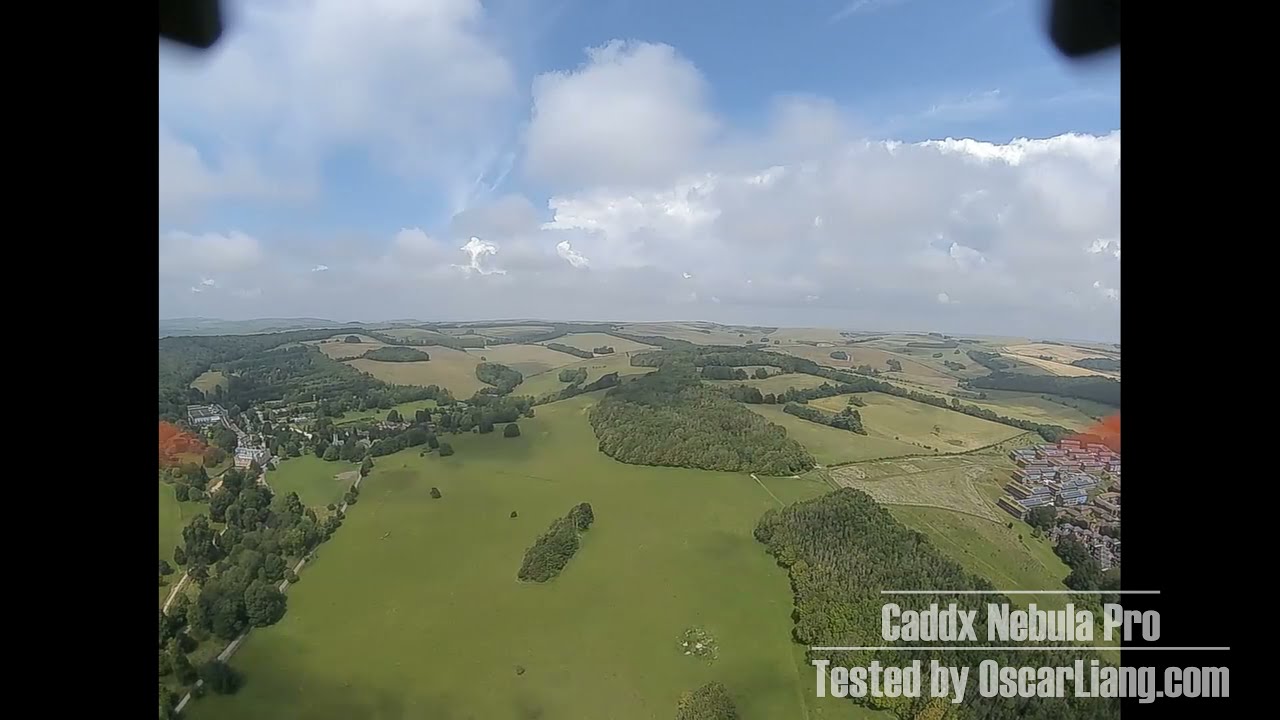 At first glance, the Nebula Nano looks like a completely different camera.

The Nebula image looks considerably worse honestly, it’s almost like analogue. Image is over saturated, and when there’s high contrast in lighting, the image just goes washed out due to the over-reacting WDR algorithm.

Personally not a fan of the Nebula Nano, the weight saving isn’t worth the loss of image quality.

The point of the DJI FPV system is fantastic image. For a mere 5-gram saving, you lose so much image quality and it’s not adjustable, it’s almost like flying analogue again. You are also stuck in 16:9 and High Quality mode (no 120 fps low latency).

If you really want a light weight setup, I think it makes more sense to just get use an analogue camera and VTX, the DJI FPV goggles support analogue anyway with an receiver adapter. And you will save way more weight and money than getting the Nebula to be honest.

Or you can try “naked Vista” by removing its heatsinks.

How can I tell if I got the V1 or V2 variant of the Nebula nano? I bought my Caddx Vista a month ago, but still can’t tell the difference between the old and new camera.

How can I distinguish between v1 and v2? I recently bought the cam and am not sure, which version I’ve received.

I’m really very disappointed with the picture. The latest version was nebula nano. How could they market this?

re-test this please!. Caddx out now a new version of camera with newes firmware.

Yes, when I get the new version of the Nebula, they changed the hardware apparently, not just software.

Wouldn’t call this opinion outdated, even with the update it doesn’t look as good as the original DJI camera. For a camera that only shaves off 5g, the pros aren’t even close to outweighing the cons here.

Your opinion is outdated already. The Nebula Micro has a much improved image algorythim, which is also used on the second version of the Nebula Nano. It still doesn’t look as good as the original dji camera, but much better than the first version.

I know the update, but still looks terrible though from what i can see.