If you’re a Raspberry Pi media centre user and you have tried Raspbmc and had no luck, or want a alternative solution for a media center software, Raspberry Pi Plex or Rasplex might be the answer.

What is the Raspberry Pi Plex or Rasplex

Rasplex is a Plex package for Raspberry Pi.  Plex itself is a package based on XBMC, but separates the front-end player from the back-end database, which means that you can have multiple client devices connected to one media server. It is a open, platform-independent home entertainment system. You can play media from any of the machines you have cluttering up the house using the RasPlex media server.

It might be a little more complicated in terms of understanding the technical details than Raspbmc. It also requires installation of Plex software on your PC to get this working. This however has a better user interface than Raspbmc.

One big advantage of using the Raspberry Pi Plex is to have a centralized media library throughout your home, made even better by the list of supported devices. So far the Plex front end player can be installed on Windows, Linux and Mac computers, as well as on iOS and Android devices, Samsung and LG Smart TV’s, Roku and Google TV devices, and now the Raspberry Pi.

Rasplex is currently in Beta, but plans are in place to support Plex channels – which means that eventually, you should be able to use Netflix, Hulu and all that good stuff on your Pi.

It can be downloaded and installed from here. 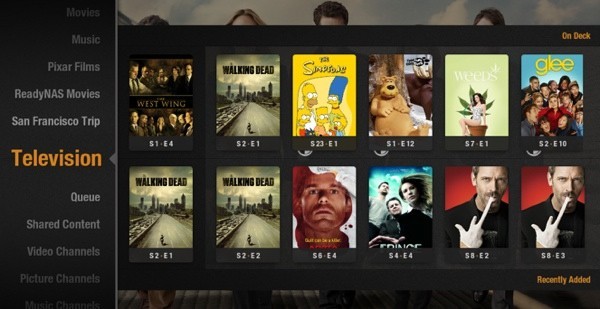 I was also finding a way to use my Raspberry Pi as a Plex Media Server since there is a Plex client for the Pi (Rasplex). I wanted to use the plex client built into my TV instead. However, I don’t want to have a dedicated PC running just as a media server. It would be handy to have all this running on the Pi instead.

But unfortunately the Raspberry Pi doesn’t have enough power to run the Plex. I’m already running my Pi with XBMC, which runs very well.

Looks like I will have to use the Pi only as a media client player then.

Hi Oscar,
Perusing the site for the excellent info on flying quad copters feeling a bit lost as of yet and found this article. Finally something I know well! I have five, yes five Raspberry Pis doing media duty at my home. Four of them running RasPlex connected to all my TV sets. Love these things. Very simple to install and use. The latest version 0.7.1 is great.
Of course I have my Plex server too. I use a fairly hefty computer for that but I have several TB of music as I collect live shows and have been collecting for some time but I also rip movies and record TV shows so I have a few TB of those too. I really love the remote aspect of it, using my phone or tablet…
Cannot wait until I get to the point where I can record some nice videos and put them on my Plex server.
Peace,
Billy

Plex Server = Failed, is why I’m currently running Serviio on my Pi.
Have you had any more luck running Plex Server?